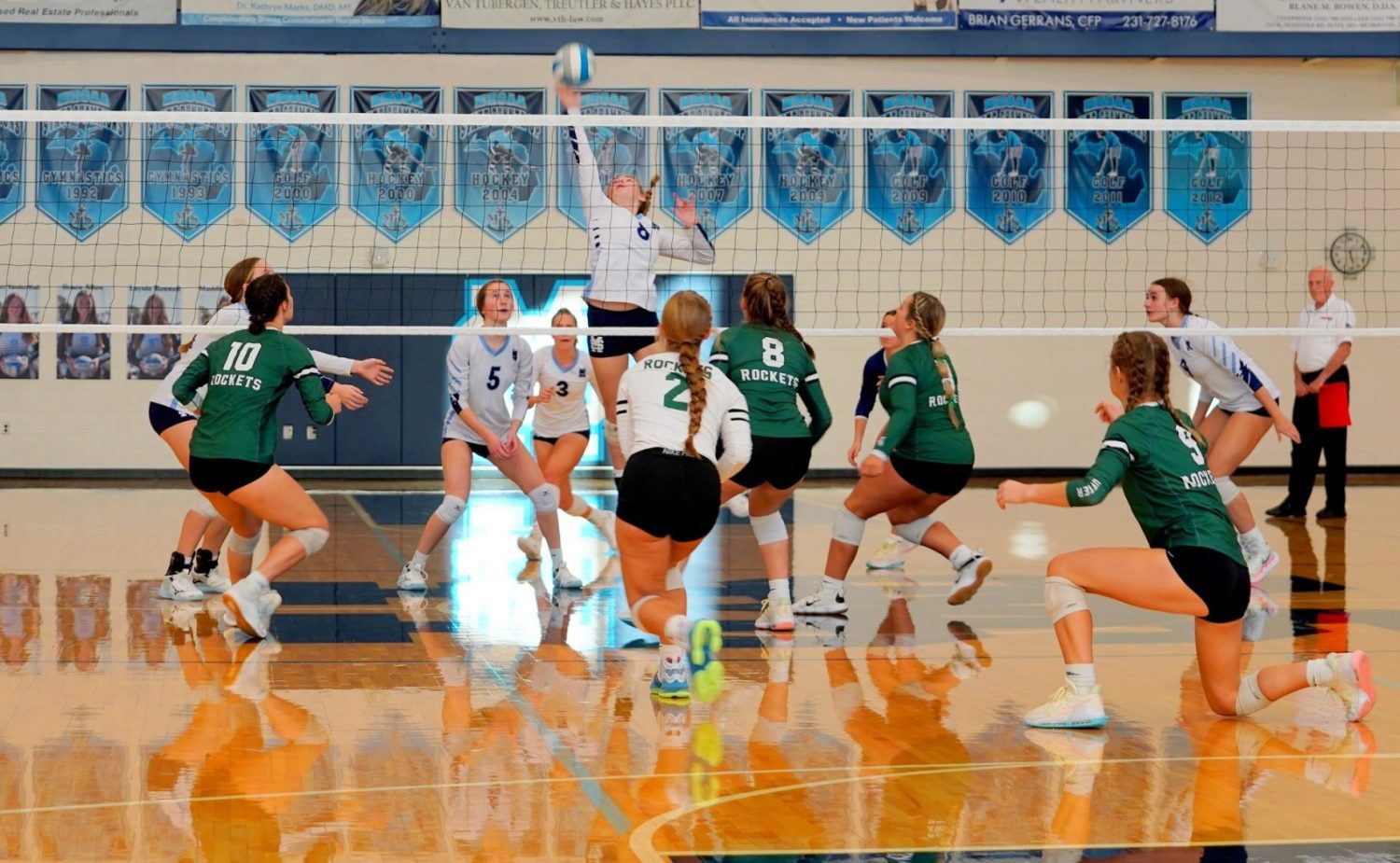 NORTON SHORES – The Mona Shores volleyball team put away Reeths-Puffer in the Division 1 district semi-final round on Wednesday evening.

Kyann Hellmann had 31 assists and 10 digs, while Ava Dunn and Grace Allen chipped in with 11 kills and nine kills respectively.

The Rockets’ Sophia Hekkema led the team with seven kills, three digs and an ace.

Mona Shores (25-11) will be back at home for the district championship game on Thursday against Traverse City Central. Game time is set for 6 p.m. 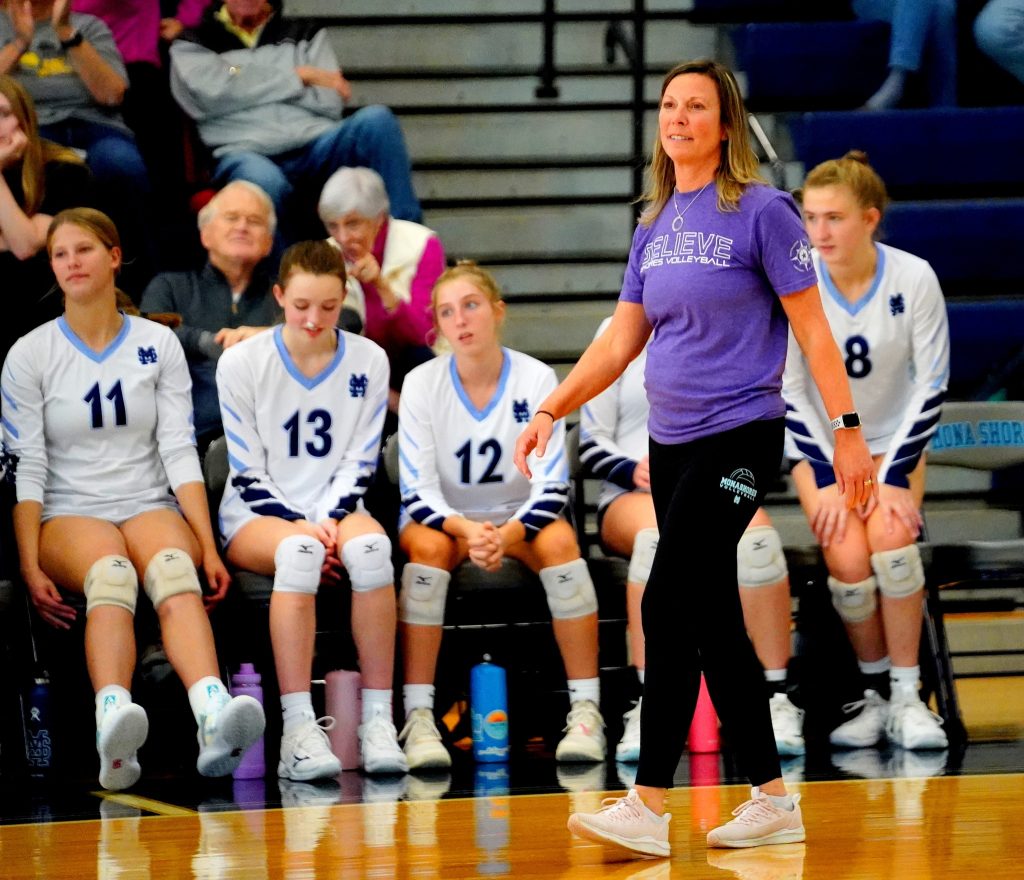 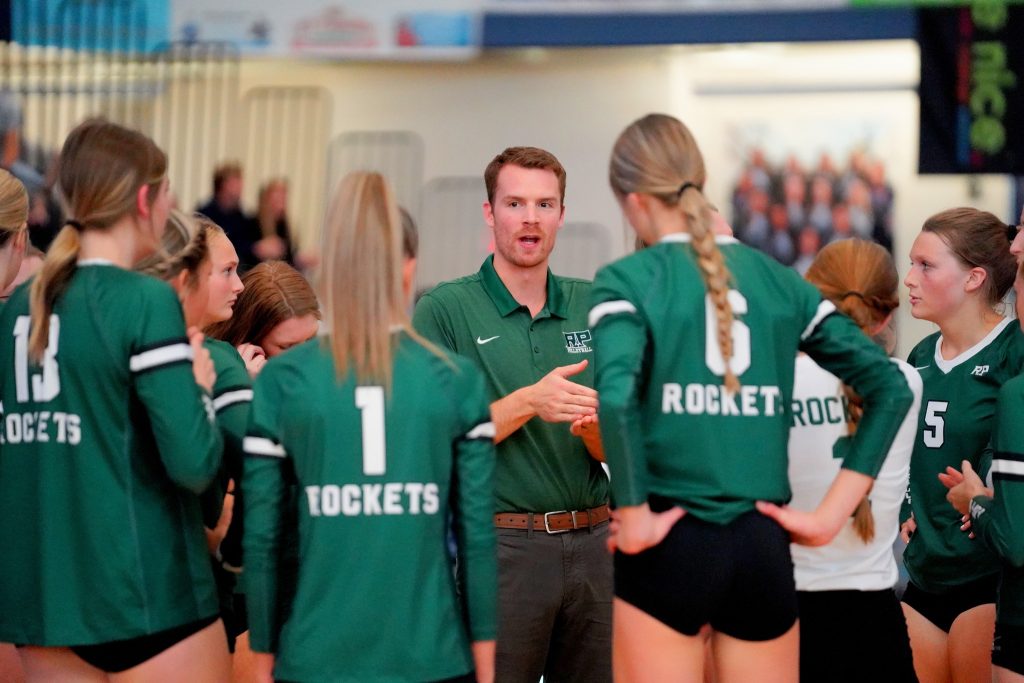 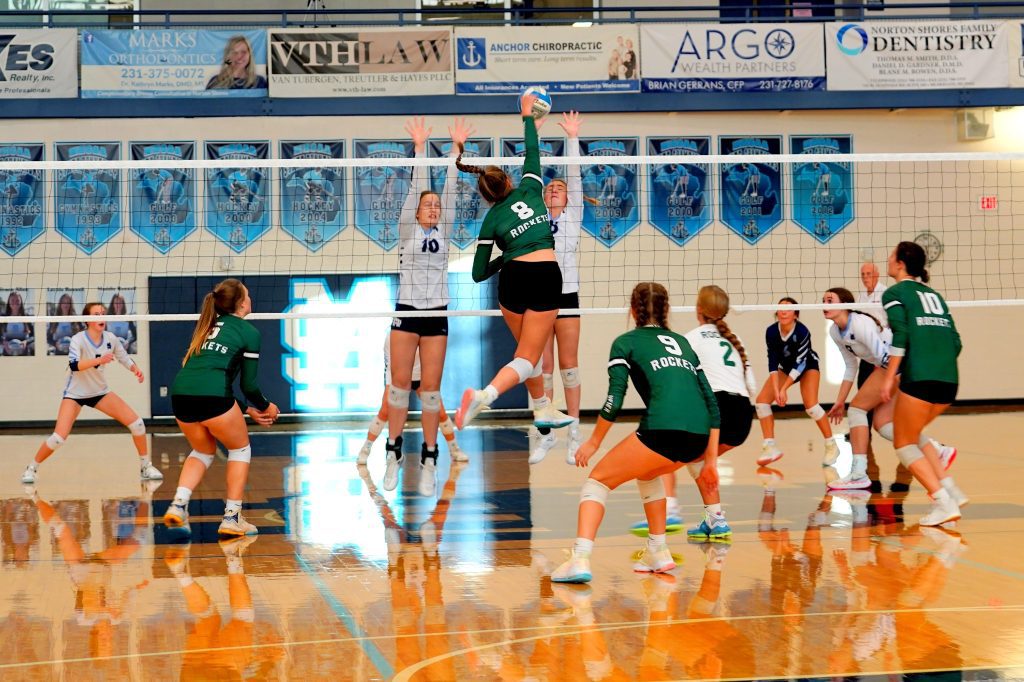