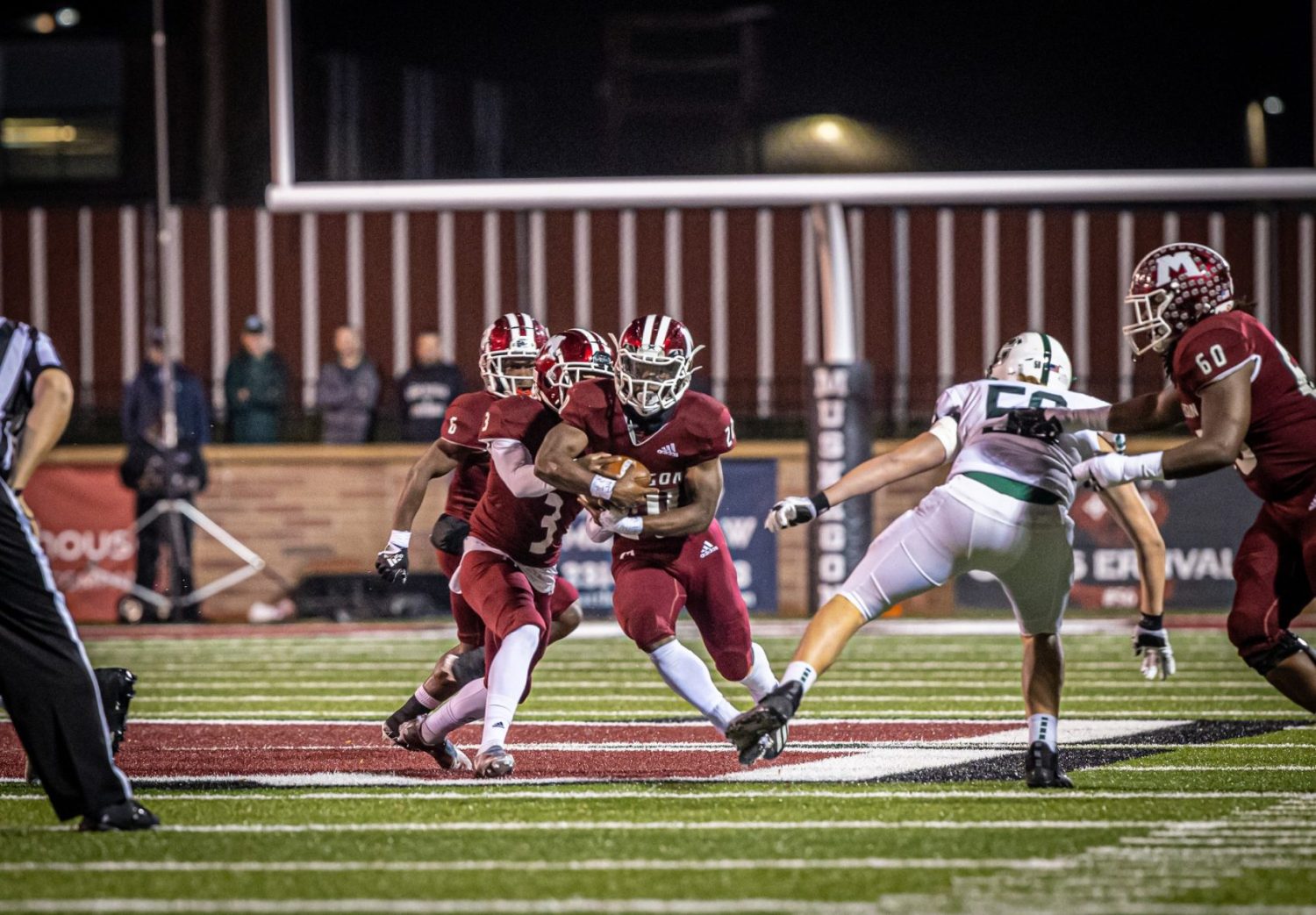 MUSKEGON–When the Muskegon Big Reds come on the field Saturday afternoon, there will be a lot of familiar faces on the opposite sideline.

The last time these two teams got together, things did not go well for Coach Shane Fairfield’s team. He cited poor tackling and several other factors that allowed the Dux to escape on Sept. 23 with a 38-36 victory.

“We did not tackle very well, but defensively we are a whole team,” Fairfield said. “I just know that we started so many young guys, but the last 6 weeks have been amazing. We’ve had growth, maturity and the understanding of responsibilities on the defense. That’s why they are playing so well defensively.”

It won’t be any easier this time around. While the Big Reds know the tendencies of the Dux Wing-T offense, the Dux, in turn, know the strengths of the Big Reds. In the earlier meeting, the Dux converted six key fourth down situations.

“You have a Wing-T team six times in fourth down and you still don’t get them off the field,” Fairfield said. “Our offense, after the first three drives came to life and we matched them.”

Zeeland West broke a long run in the game’s final minute and did something many teams have not accomplished – leaving Hackley Stadium with a victory over the Big Reds.

The Big Red offense also is clicking at the right time.

“I think from that point on, we’re scoring 40-50 points per game,” Fairfield said. Key players include M’Khi Guy, along with explosive skilled players in Jakob Price and Destin Piggee.

But, a rematch could mean a whole different type of game, according to Fairfield.

“Any time you play a team twice, it’s usually half the score and it’s a little bit tighter,” Fairfield said.

Zeeland West has one loss, a 34-6 setback to the Mona Shores Sailors 6 weeks ago. Muskegon has two losses, one to state power Warren De La Salle Collegiate on Sept. 2 and the narrow setback to  Zeeland West.

The Big Reds, again this week, are coming in at full strength.

“We like our energy,” Fairfield said of his team’s first couple of days of preparation for the Dux. “They have really bought in and I think they understand what is at stake. They are just feeding off the energy they had last week.”

Rematch or no rematch does matter one bit to Fairfield.
“I’m just happy we’re playing,” said Fairfield, whose team has had rematches in the playoffs several times over the years. “We’re used to playing teams twice, especially when you’re talking about regionals and districts. You end up seeing someone in  your conference, possibly.

“We’re excited that we’re playing Saturday and I think it helps the kids just to have an opportunity to make a wrong a right,” Fairfield said. “They are better, they are 6 weeks more mature, too.  I just think there is more energy in this team than 6 weeks ago.”

The winner of Saturday’s game will move into the state semifinals against the winner of DeWitt-Linden. That game will be played at a neutral site. 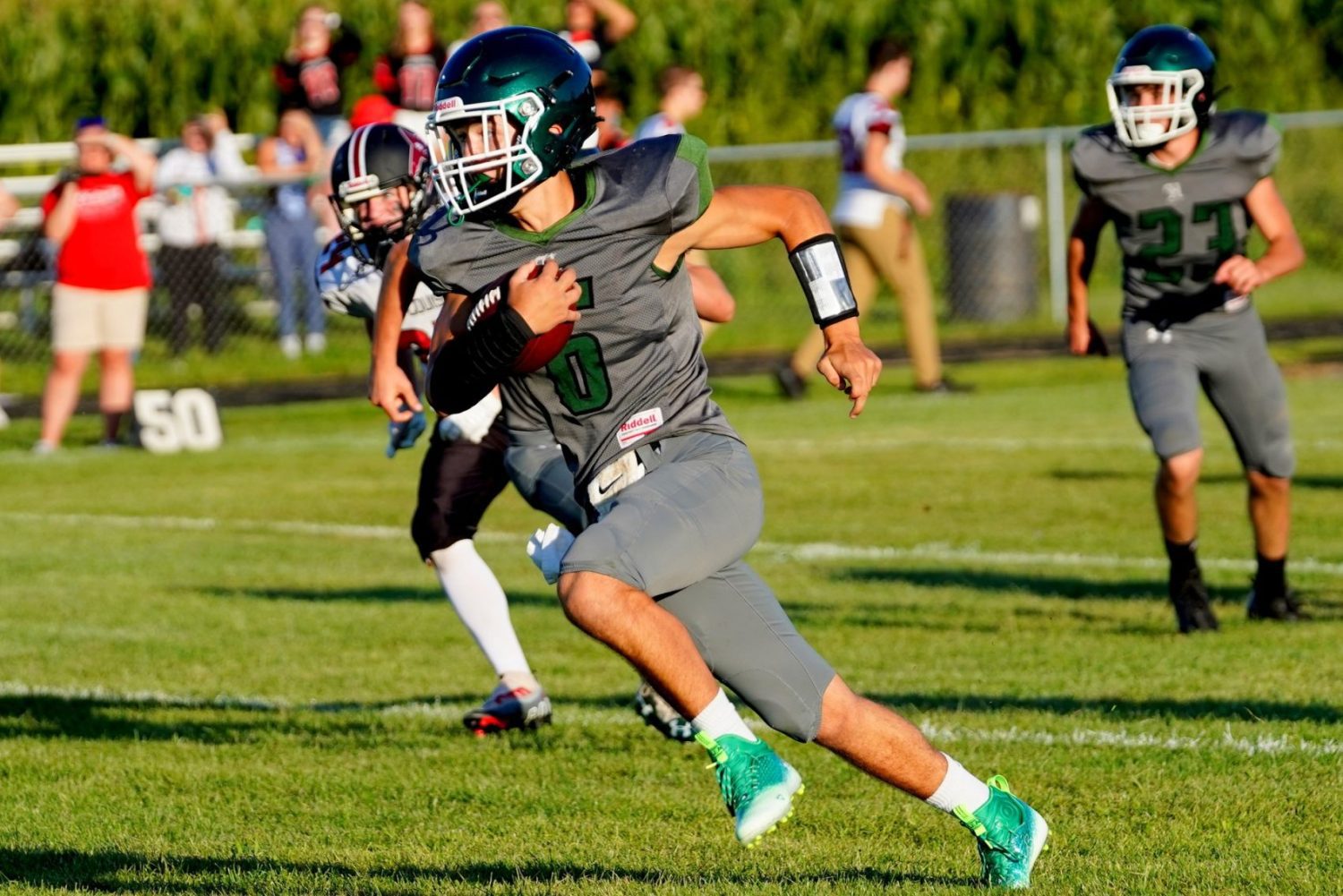