Two of those players could see each other in the Big Ten Championship title game in Indianapolis on Dec. 3 at Lucas Oil Stadium.

That win gave Purdue a 6-4 overall record, but more importantly, they are atop of the division with a 4-3 record along with Illinois, Iowa and Minnesota.

The Boilermakers need to win their last two games against Northwestern and Indiana to have a chance at winning the West Division. They’ll also need some help from either Minnesota or Nebraska in terms of knocking off Iowa. Purdue holds all the tiebreakers over Illinois and Minnesota. 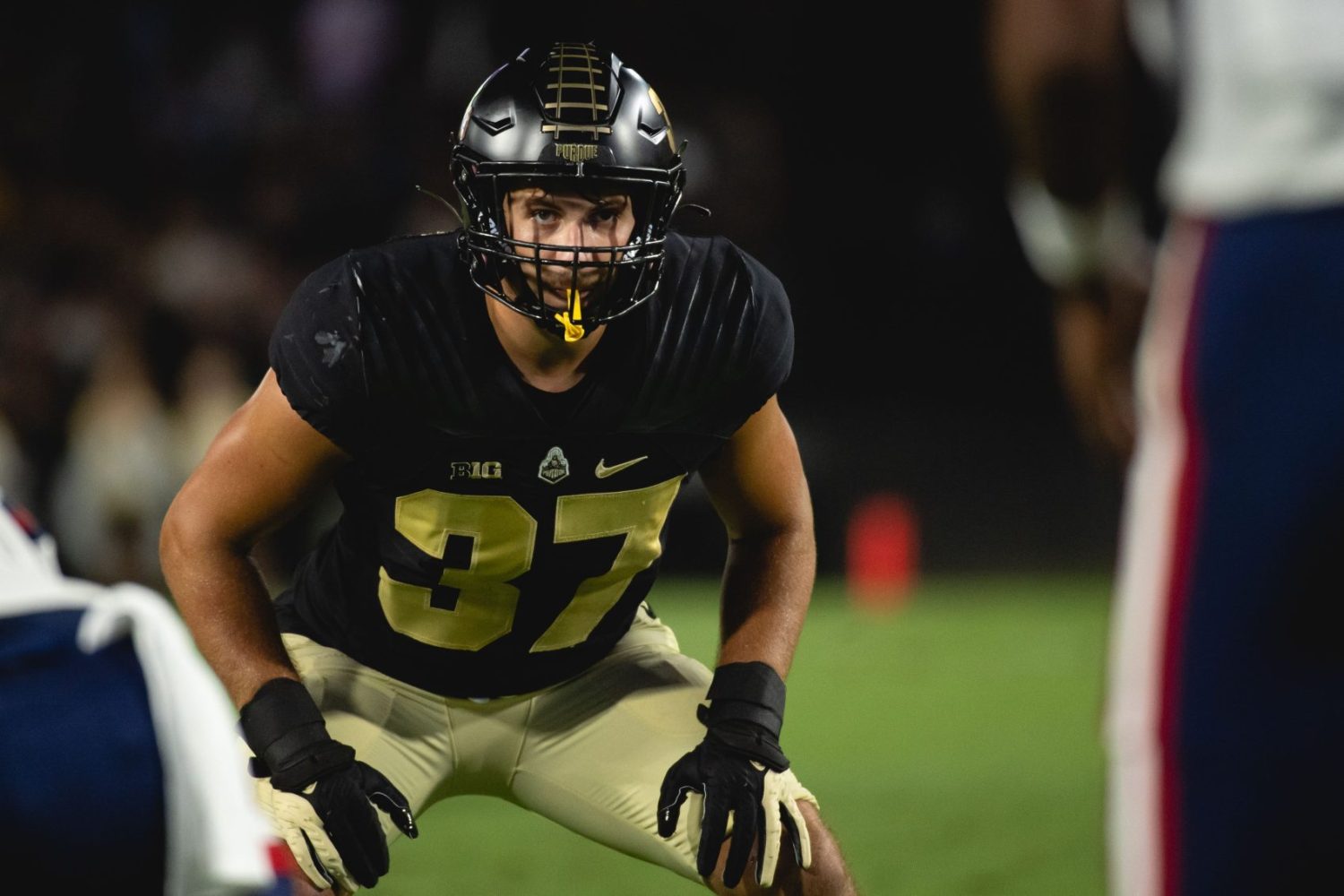 In the win over Illinois on Saturday, Wahlberg finished with two tackles.

“Obviously, it was a big win and we really needed it,” said Wahlberg. “Illinois has a good running game and we handled it pretty good. For sure it was a good win for us.”

As for the Big Ten West title, Wahlberg and Purdue are not ready to focus on that quite yet.

“Obviously, it is one of our goals, but right now our only focus is on the next game and that means all of our attention is focused on Northwestern,” Wahlberg said. “They have a good running back and an offensive lineman who is projected to be the No. 1 tackle drafted next year. So, we really can’t look ahead and have to take care of business on Saturday. We have to come out and ready to play.”

The 6-4 linebacker has been getting plenty of playing time in his junior season as he splits the linebacking rotation with senior teammate Kieren Douglas.

Wahlberg has 27 tackles this season (18 solo and 9 assists) to go along with one interception and one forced fumble.

Purdue will host Northwestern at noon Saturday at Ross-Ade Stadium. The game will also be nationally televised by FS1. 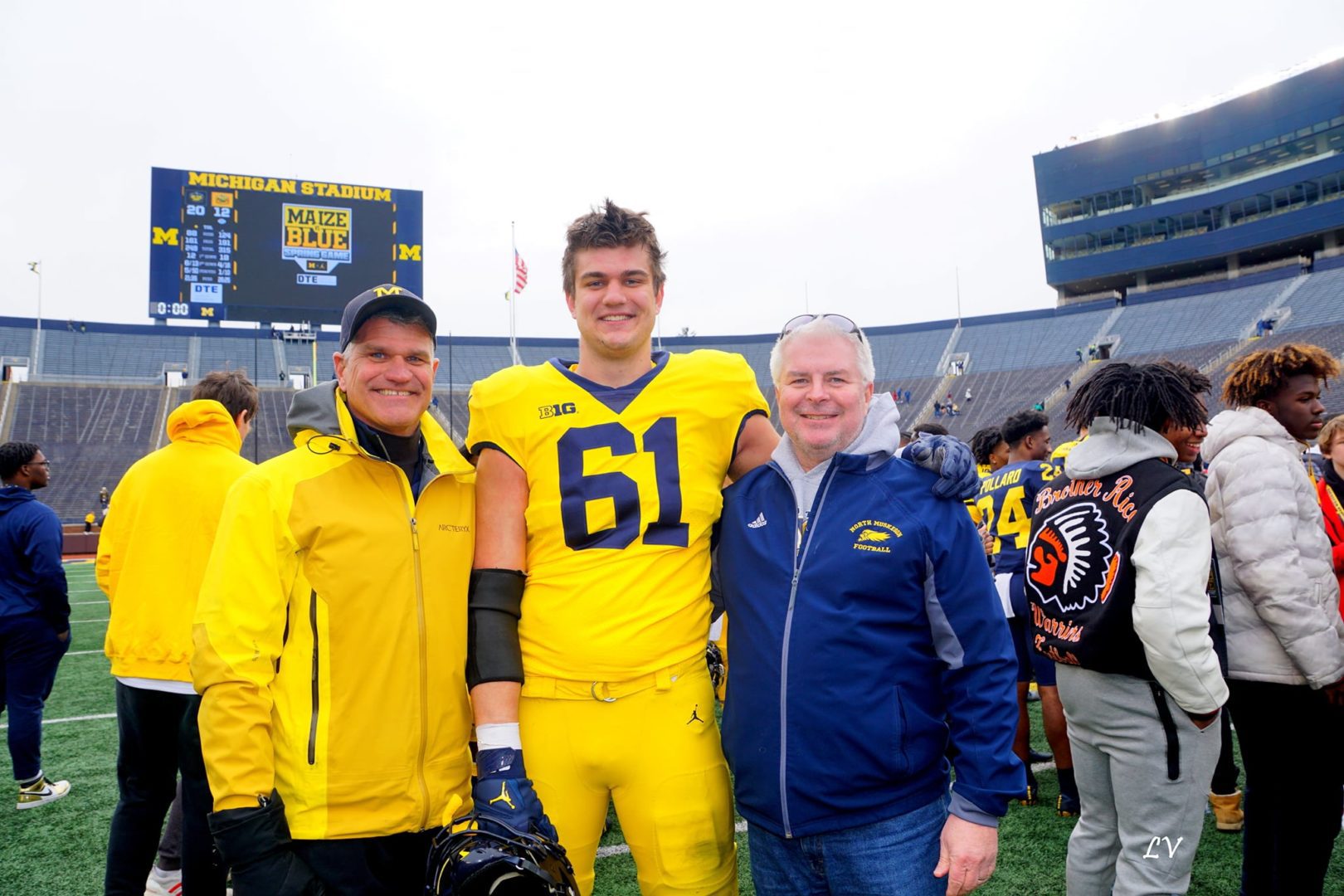 Over in Ann Arbor, the No. 3-ranked Michigan Wolverines are coming off a 34-3 win over the Nebraska Cornhuskers last Saturday. Michigan hosts Illinois on Saturday afternoon.

Michigan is all knotted up with Ohio State at the top of the Big Ten East Division with identical 10-0 overall records (7-0 in the conference). Illinois is 7-3 record and 4-3 in the Big Ten West.

“Illinois has a really good team and we’ll have to play our best football game of the season on Saturday,” Stewart said. “We’re excited to be in the position that we are in.”

“I am getting better, stronger and tougher and hopefully that will pay off next spring,” Stewart said.

Each week, Stewart plays on the scout team in practices against the Michigan No. 1 offensive unit and as a third string offensive lineman during games. He’s just an injury away from being the next man up for the Wolverines.

Saturday’s noon game will be nationally televised on ABC. 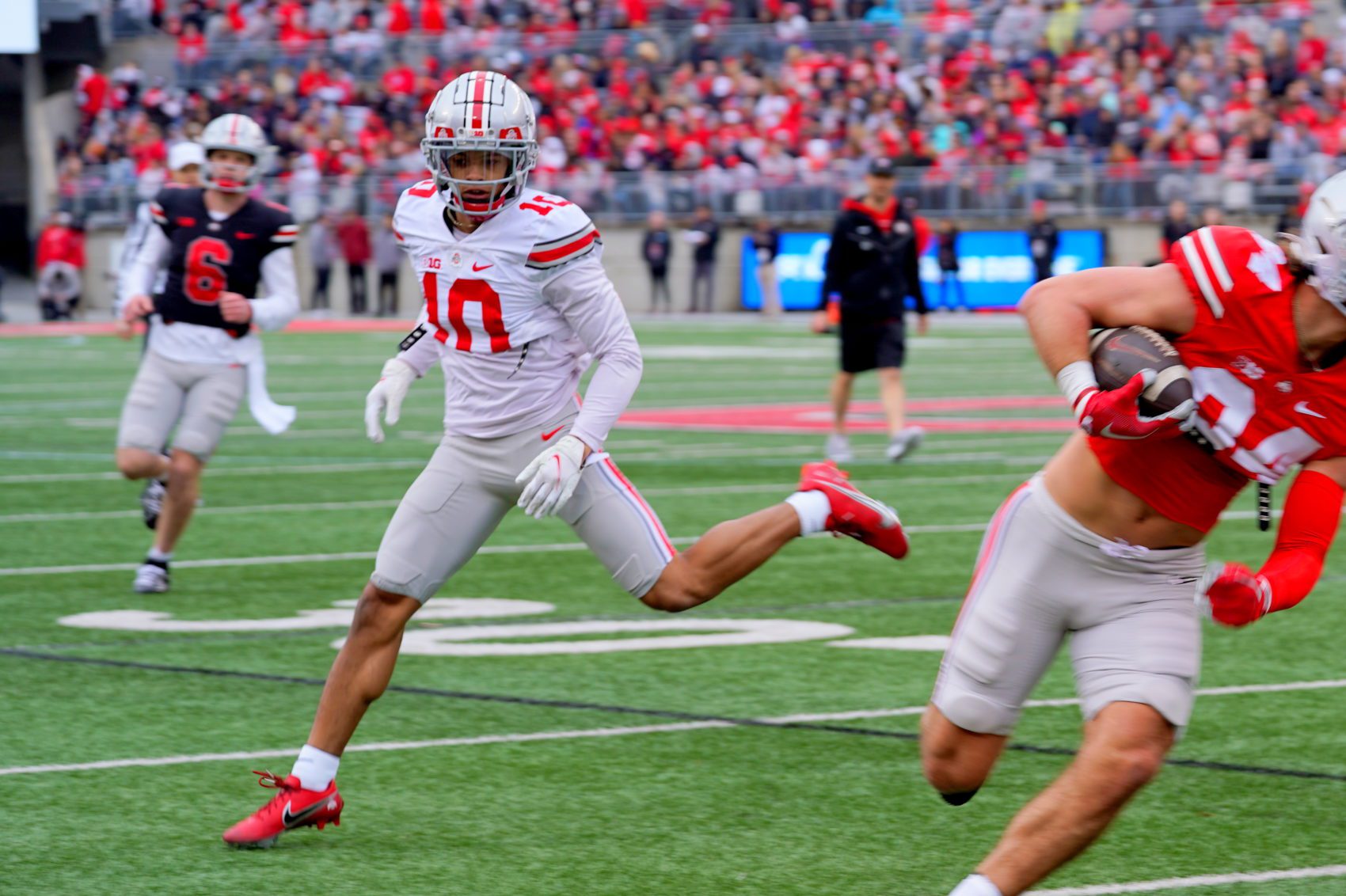 Down in Columbus, Ohio, the No. 2-ranked Ohio State Buckeyes are coming off a 56-14 win on Saturday over the Indiana Hoosiers.

Ohio State travels to Maryland this Saturday to take on the Terrapins (6-4, 3-4 Big Ten East) before facing Michigan on Saturday, Nov. 26.

Ohio State and Maryland will square off at 3:30 p.m. Saturday in a nationally televised game on ABC.