Tradition rich Oakridge, Belding set to do battle for a Division 5 district crown 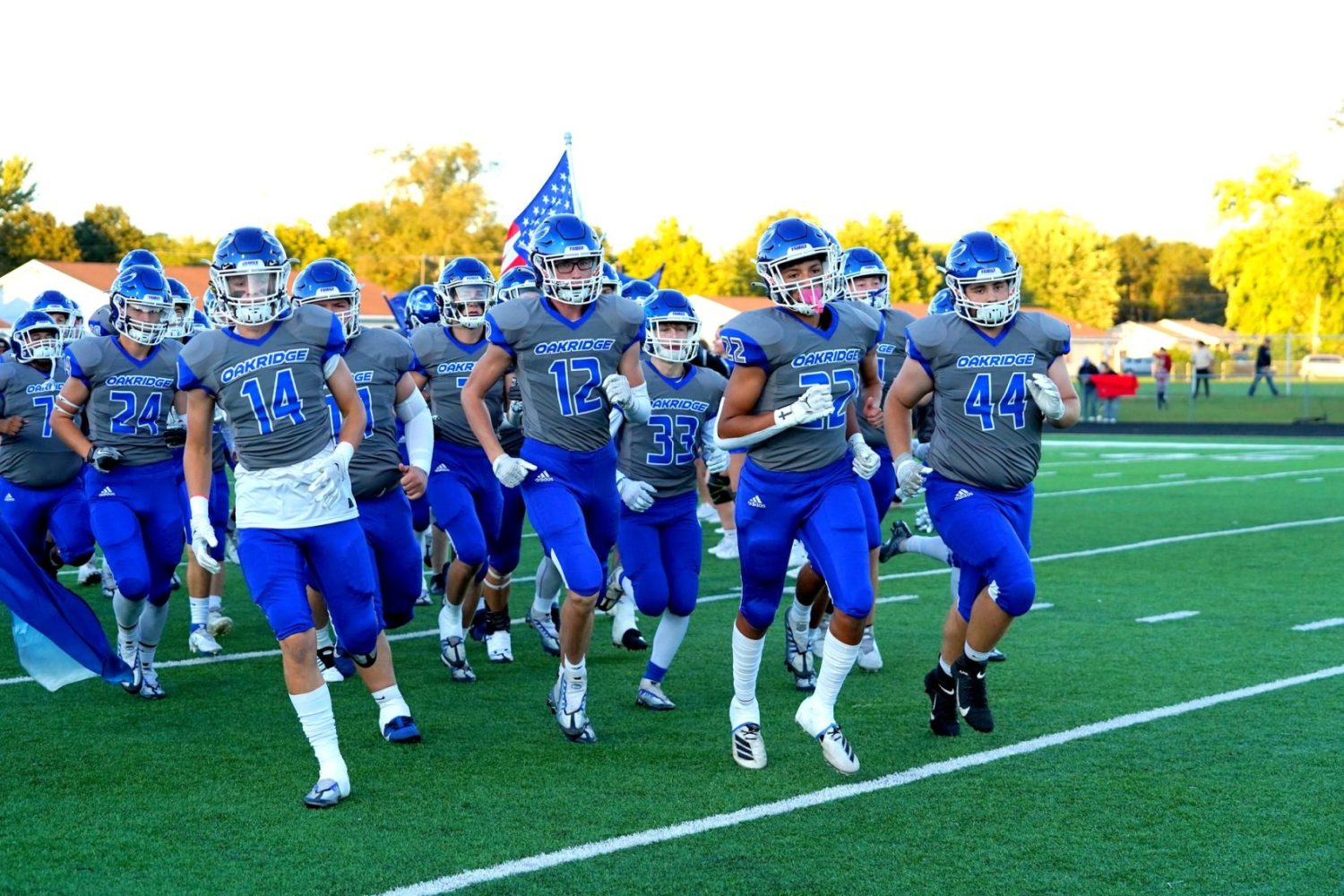 MUSKEGON–Two high school football teams with plenty of tradition will go at it Friday night.

The Oakridge Eagles host the Belding Black Knights at 7 p.m. with a Division 5 district football title on the line.

Oakridge advanced to the district final game after shutting out Shepherd, 32-0, last Friday. Belding romped over Tri-County, 56-30, in their pre-district game last week.

Price is no stranger to the playoffs. He previously led the Reed City Coyotes football program for 20 years (1999-2018). During that time, the Coyotes made 15 playoff appearances.

Belding and Oakridge have only squared off against each other on three occasions with the Eagles holding a 2-1 advantage. Belding beat Oakridge back 1in 1985, 20-7, in Class C pre-regional game. Oakridge got the upper hand in 2018 by beating the Black Knights 59-29 in a pre-district game and then got by Belding in the 2019 season opener, 29-17.

Oakridge Hall of Fame coach Cary Harger will look for his offense to pick up where they left off last week and throughout the regular season. Junior running back Trever Jones has rushed for 1,233 yards on 171 carries and scored 19 touchdowns. Jones has also caught 18 passes for 306 yards and two touchdowns.

In the Eagles win over Shepherd, Jones and a dominant offensive line sparked the Eagles. Jones finished with huge numbers – 26 carries for 263 yards and four touchdowns. All four of his scores came in the first half, as Oakridge put the game away early.

Another offensive weapon that Oakridge is quarterback Matt Danicek, who Harger said did a good job spreading the ball around in the pass game. He completed 9-of-12 passes for 149 yards.

Danicek completed 89-of-136 passes this season for 1,272 yards. He has thrown 12 touchdown passes and been intercepted six times. Danicek has rushed for 342 yards on 74 carries and scored six touchdowns.

The Oakridge defense is led by Brody Jennings, who leads the Eagles with 77 tackles. He is followed by Jones with 53 tackles.

Harger is happy to be playing at home on Friday.

“For sure, it’s definitely a nice advantage to play at home,” Harger said. “There is that familiar feel to being at home and in your own locker room.”

Despite the outcome a week ago, Harger is still looking for improvements in some areas.

“We have to turn up our physicality,” Harger said. “We can’t dwell on making mistakes, they are going to happen. They (Belding) are going to be physical on both sides of the ball and especially on the defensive and offensive lines. They like to mix things up on offense with some different runs and they will throw ball, kind of sprinkle it around.

“Defensively, they are pretty solid on the front line,” said Harger.

The Belding-Oakridge winner will face the winner of the Kingsford-Gladwin contest in the regionals next week.

Lumberjacks kill off a slew of penalties, then rise up in the third period to beat Green Bay Gamblers 4-1