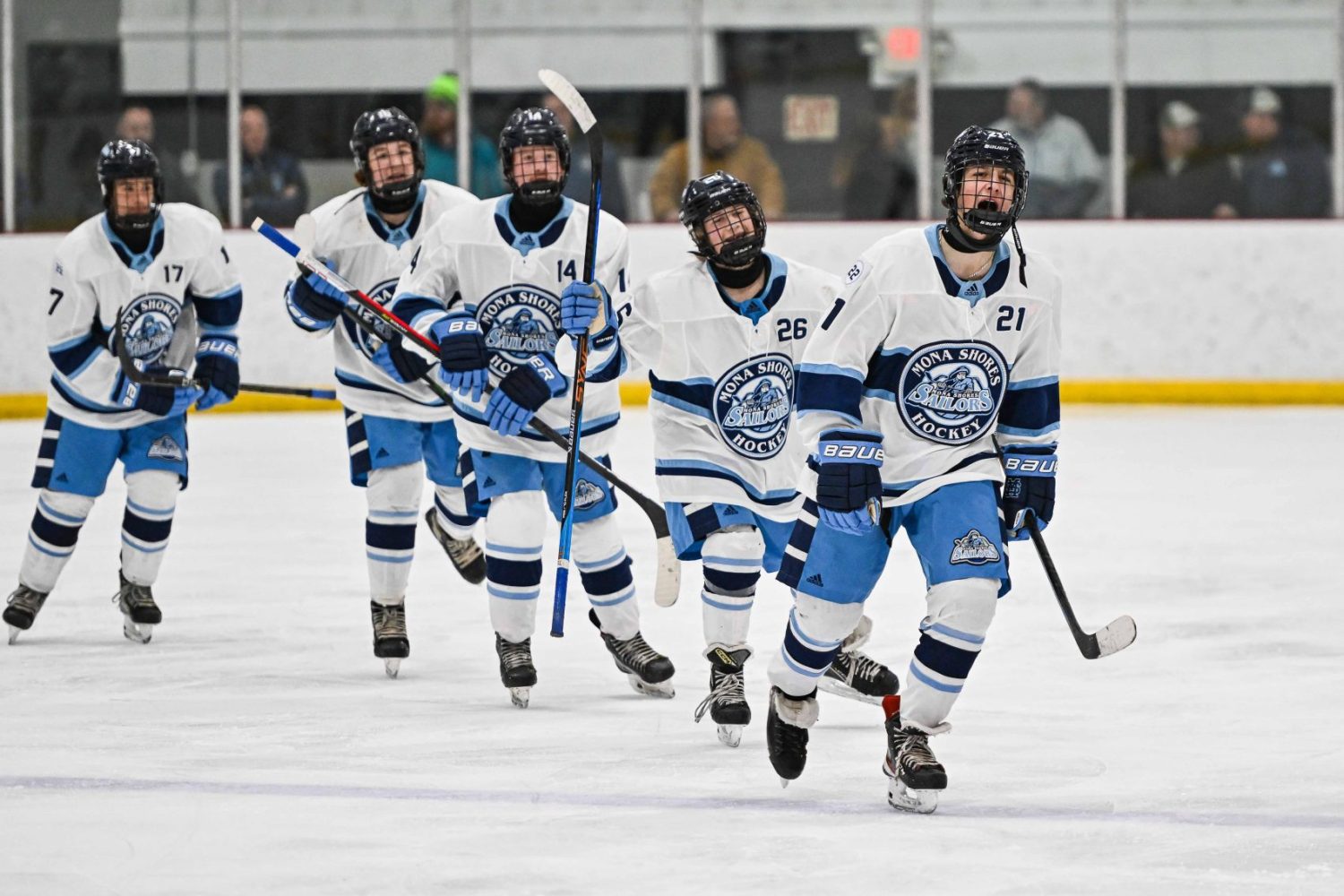 MUSKEGON – The Mona Shores hockey team set its sights on Jenison on Saturday for an O-K Baum conference opener at Lakeshore Sports Centre.

The Sailors cruised to a 3-0 shutout of the Wildcats behind the steady goaltending of Carter Dethloff. 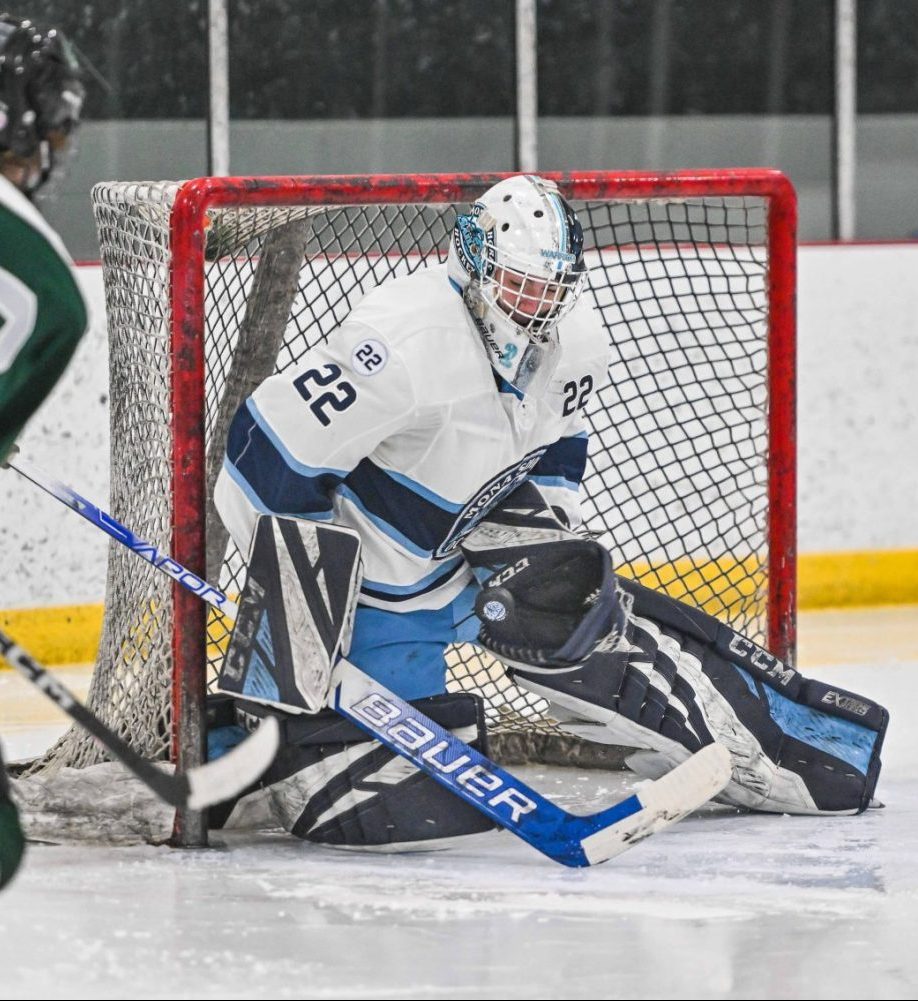 The senior goalie stopped all 17 Jenison shots in his first game back after a 10-month hiatus that started with an injury last season.

“It is good to have him back between the pipes and getting the shutout,” said fourth-year Coach Chris Benedict. “Carter made big saves to keep the score in our favor for two big points.”

Mona Shores posted 32 shots on net and was led by Jack Reelman’s two first-period goals and a pair of Trent Benedict assists.

Benedict and Nathan McNarland assisted on the opening goal for Mona Shores which was on the power play midway through the period.

Reelman put the Sailors up 2-0 with just 12 seconds left in the opening period, again assisted by Benedict. 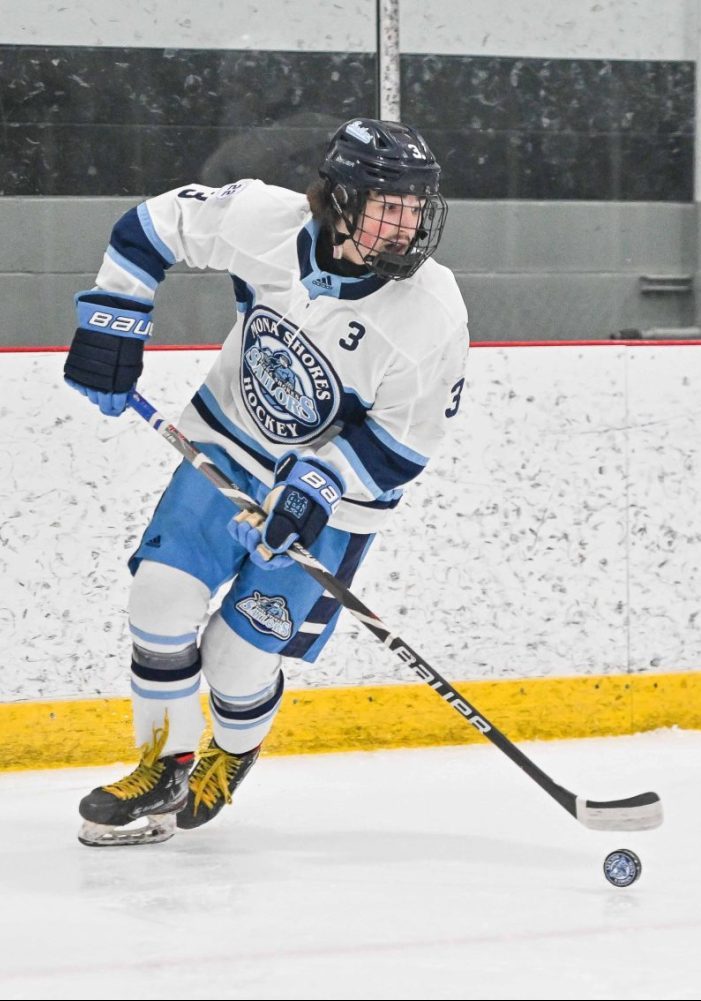 Noah Lepzinski starts the breakout from deep in the Sailor’s zone. Photo/Eric Sturr

“That top line of Reelman, Trent and Jake (Nanna), I’d put them up against anyone,” said Coach Benedict. “They aren’t a secret anymore and teams are focusing on them.”

Brooks Robinson gave Mona Shores a 3-0 lead midway through the third period on a power-play goal, assisted by Ethan Ring and Niko Taylor.

“It wasn’t pretty at times, we were kind of sloppy, but overcame that and found the back of the net,” said Benedict whose team started the season against the top three teams in the state. “Jenison did a good job and pressured us hard and didn’t give us a lot of time and space.”

Mona Shores is now 3-2 overall and next heads to Sault Ste. Marie on Friday and Manistique on Saturday. 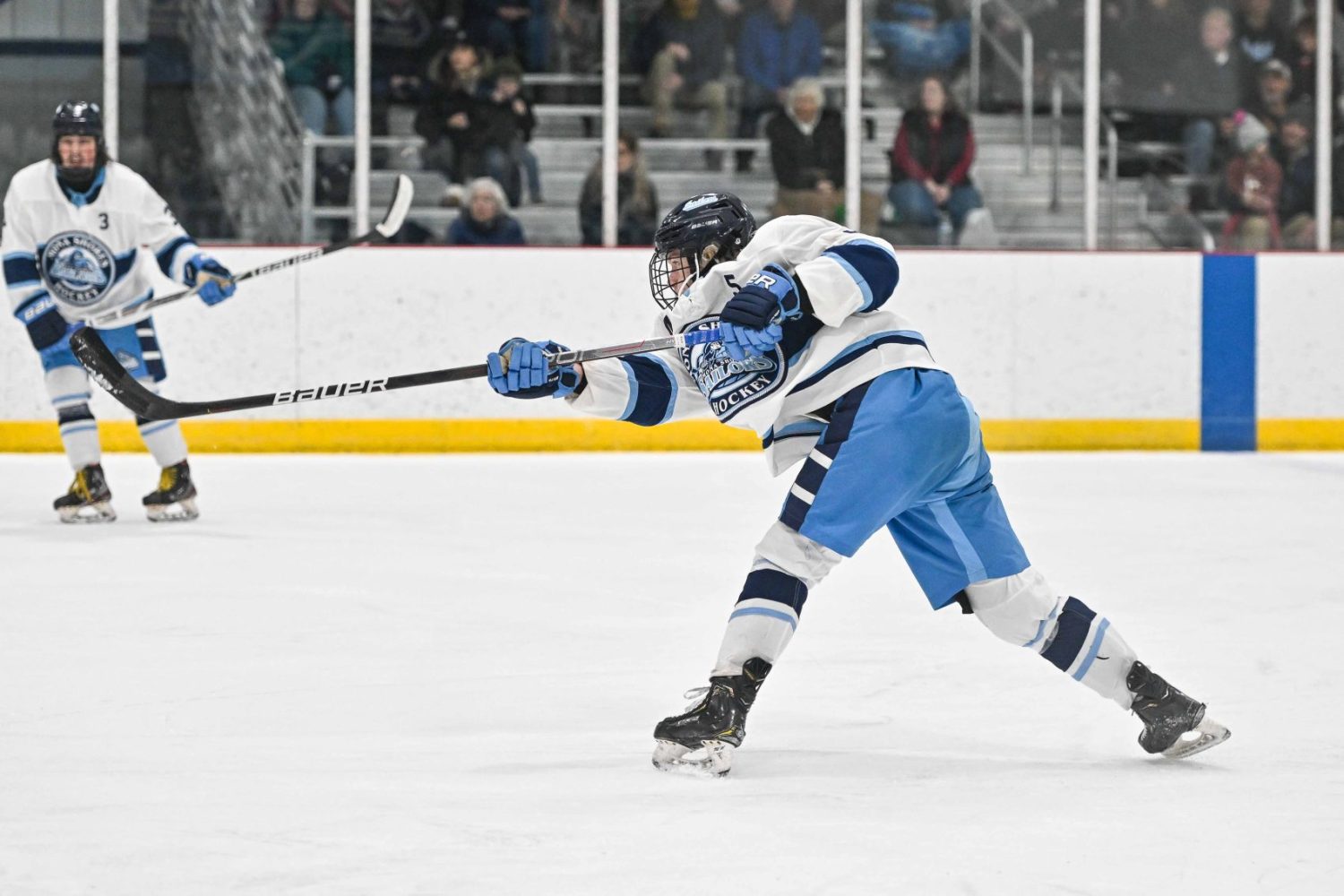 Isaac Habetler fires a shot from the point. Photo/Eric Sturr

Brooks Robinson (21) celebrates with this line mates after he scored the Sailors’ 3rd goal of contest. Photo/Eric Sturr 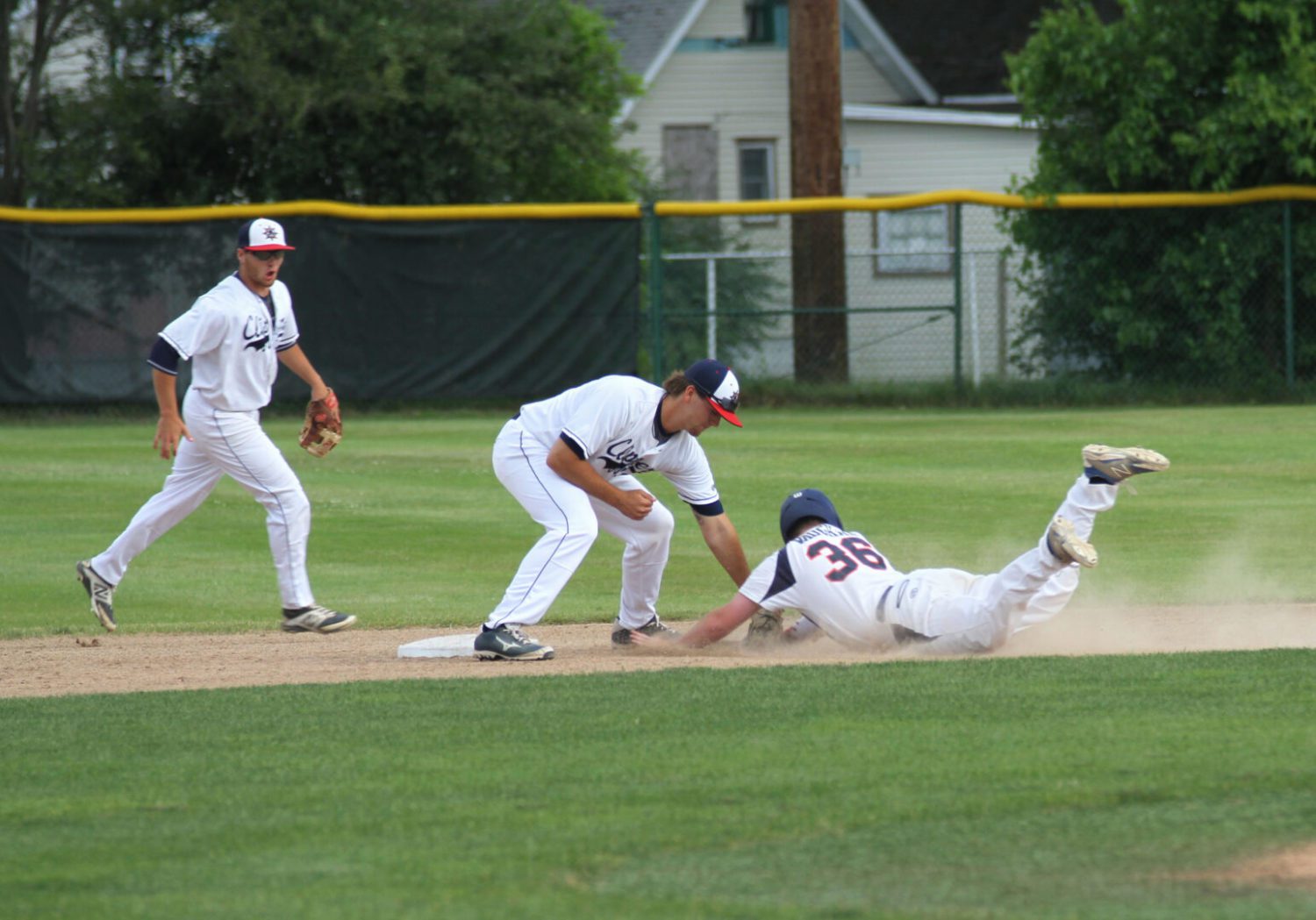