For Aardema, success is measured by more than wins and losses 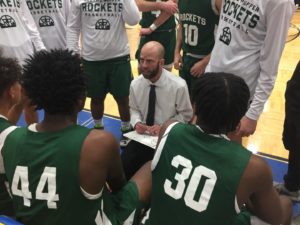 MUSKEGON – When asked to pinpoint a favorite memory from his years of coaching high school basketball, Nate Aardema didn’t pick an exciting win or a conference championship-clinching moment.

Although there have been a few of those to choose from.

Instead, Aardema cherishes the long-lasting bonds he’s made with past or current players, knowing that he played at least a small role in their development as student-athletes and putting them on a path from teenagers to starting careers and raising families of their own.

“I really cherish the connections I’ve been able to make with a lot of my players,” said Aardema, who is in his second season as Reeths-Puffer’s varsity boys basketball coach. “I had a player from 4 years ago that sent me a text on Thanksgiving, just checking in. To me, that’s special. Another example is Christian Subdon. He played for me and was my JV coach at Whitehall. I was in his wedding, and I’ve attended a few weddings of former players over the years.

“I hope the guys that I coached know I cared about them and I was able to create a positive experience throughout their career.” 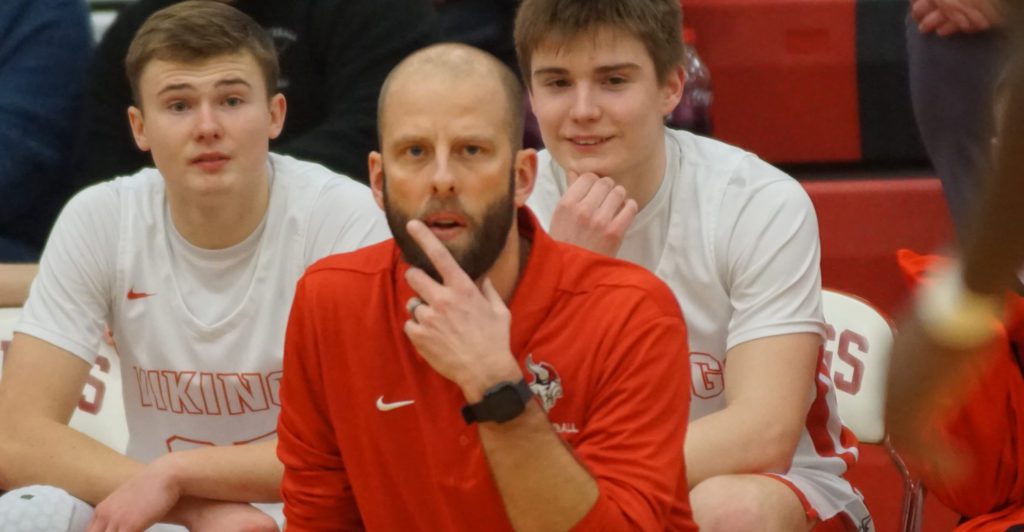 Nate Aardema during his coaching days at Whitehall (Photo/Leo Valdez)

To Aardema, he’s just been returning the favor, because he developed a love for the game and of coaching from a few gentlemen who coached him during his playing days at Whitehall High School. The 1998 graduate credits former varsity coach Mike Rohen as a pivotal influence. Sadly, Rohen passed away in 2000 from a brain aneurysm.

One moment that remains vivid in Aardema’s mind was during his junior season, when the Vikings pulled an upset over a powerful Mason County Central squad.

“I remember (Rohen) coming into the locker room and almost getting choked up. He said that was about as good of a game as we could have played in all areas and just how proud he was.”

It was Rohen who also encouraged Aardema to pursue a career in education and coaching. And shortly after graduating from high school, Rohen had a spot on his bench as an assistant coach for Aardema, who was also attending Muskegon Community College at the time. He eventually transferred to Western Michigan University where he earned his education degree and came back to Whitehall as an assistant coach in 2004.

“I had a couple friends coaching basketball and I kind of followed their lead,” Aardema said. “And I just fell in love with it. Just getting the chance to be impactful on a young person’s life, it’s rewarding.”

As an assistant at the freshmen and junior varsity levels, Aardema said he soaked up as much as he could from fellow Whitehall coaches such as Troy Love, Jeff Duncan and Tony Annese.

Annese, of course, has made a name as quite the football coach, enjoying success at the high school level, including three state championships at Muskegon and guiding Ferris State University to back-to-back Division 2 national championships.

“I’ve learned all kinds of things from those guys,” Aardema said. “We would talk with one another about Xs and Os, but in coaching, that’s probably only about 20 percent of the job. You learn how to be a mentor, how to help kids get through tough stretches, how to prioritize their time, encourage them to make good decisions outside of the gym, how to build a kid up and how to bring them down. Then of course there’s team building and trying to build that tight-knit bond.”

Aardema recalled a conversation he had with Annese, who, at the time, was the varsity girls coach at Whitehall. Annese believed it was imperative for a coach to display confidence in what they were coaching.

“One time, my team was having trouble running an offensive set and I remember asking Tony, ‘You, know, I think the kids just aren’t getting it. Should we just drop it?’ And he said, ‘No. If they don’t get it after 10 times, then you do it 100 times. If they still don’t get it, then you do it a thousand times.”

“It was all about teaching resolve and confidence in what you’re trying to do.” 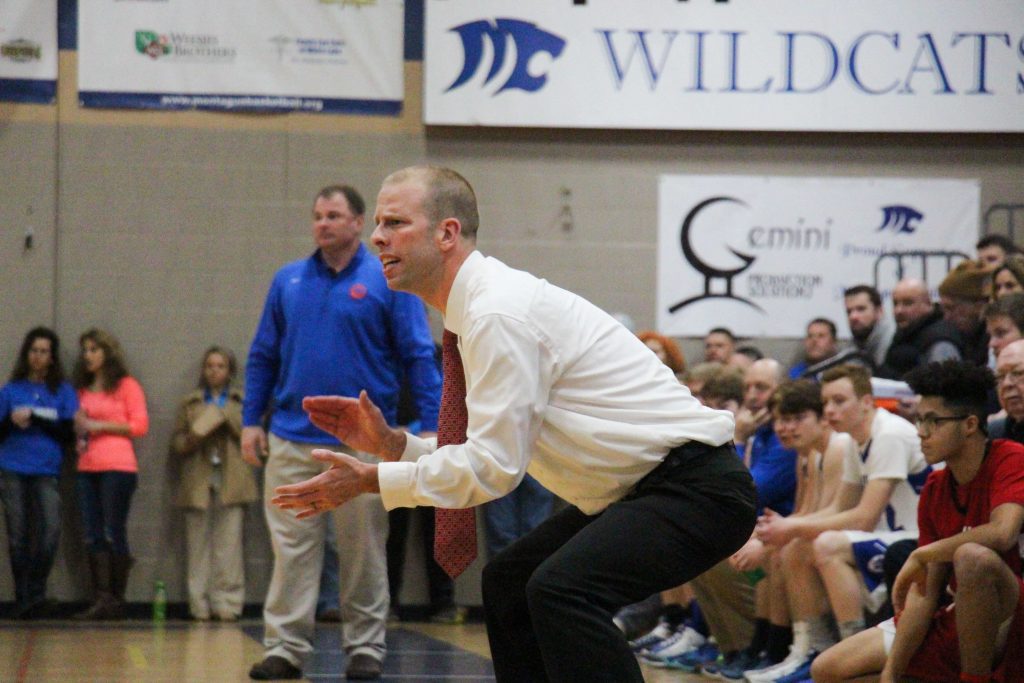 Aardema said he’s never done learning as a coach, but he’s established himself as one of the area’s best.  Hired as Whitehall’s boys varsity coach in 2000, Aardema tallied more than 150 victories and three West Michigan Conference championships during his 12-year tenure, before he made the difficult decision to step down and head south last season, taking over the same position at Reeths-Puffer. They gave him an opportunity to teach and coach at the school. Aardema is a physical education teacher at both the middle school and high school levels.

Aardema went 13-8 in his first season with the Rockets and the team returns three starters from a year ago, including promising underclassmen Jaxson Whitaker and Travis Ambrose, as well as senior Kyle Schlaff.

Aardema, who has a daughter and two stepchildren with wife, Johanna, said he’s tried to carry on the same traits as a coach to his Reeths-Puffer athletes.

“You have to be yourself,” Aardema said. “If you’re not genuine with the kids, they’ll see right through you. First and foremost, it’s about relationships.

“People always ask me, ‘What’s the biggest difference between Whitehall and Reeths-Puffer?’ Aside from the size of the school, there’s not really a lot. At both places, I’m trying my best to support, love and develop these kids and hopefully become a big part of their lives.”

Schedule and matchups for this week’s boys basketball regional tournaments 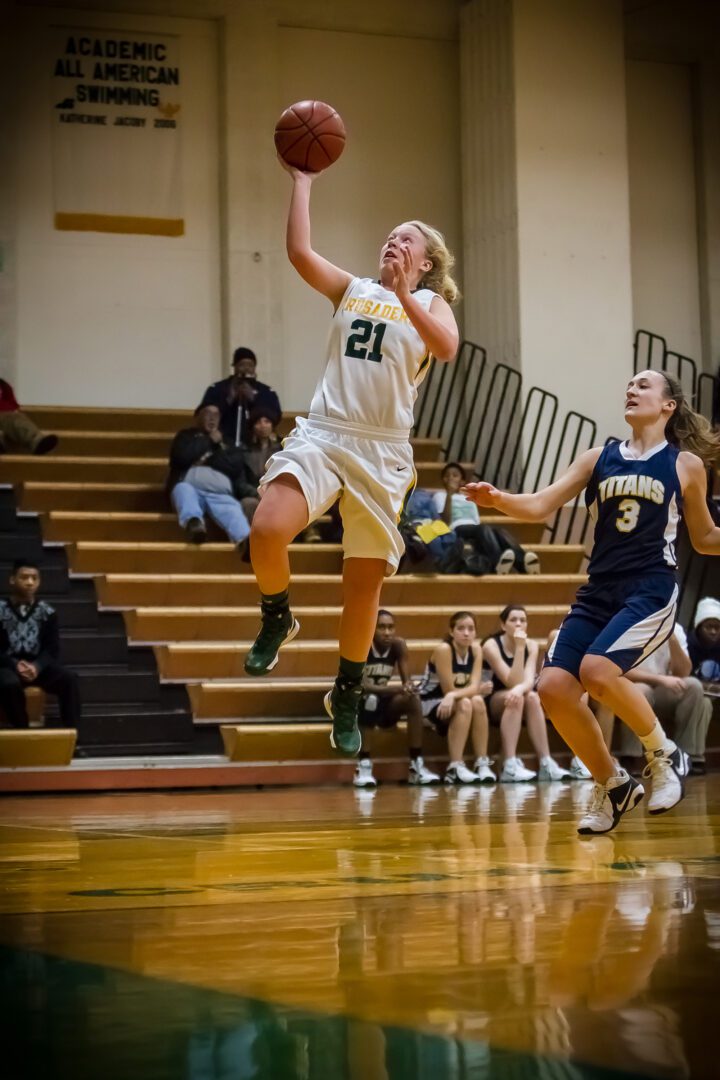