Hyde credits his coaching success to his mentors along the way 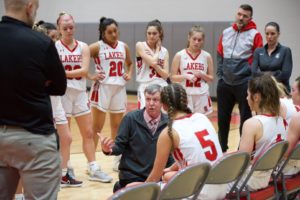 The man had no ego.

Granted, Hyde grew up playing and loving the sport of basketball, starting throughout his childhood in Sparta. But his bigger focus was always on education, first, throughout high school, then with his undergraduate studies at Calvin College for business. Nearly 8 years later, he decided to leave working in retail and pursued his teaching degree at Grand Valley State.

“I’m not trying to short change myself, but I was probably the 10th guy out of 10 players on my JV team,” said Hyde of his playing days. “But I guess I was an important piece because without me, our team couldn’t scrimmage (5-on-5).

“I didn’t play basketball in college like some of the other coaches at Spring Lake, I only played basketball through my JV year. But even after that, I never lost interest in it. I became more of a student of the game.”

Hyde said he was extremely fortunate to be hired at Spring Lake as a math teacher almost immediately after graduating from GVSU. He said he was also fortunate that he volunteered one summer to help paint the facilities at Spring Lake High School. That’s when he struck up a conversion with then-varsity girls basketball coach Bill Core.

“We’d sit around and talk about basketball and sports trivia and stuff like that and Bill said, ‘You know, it sounds like you know quite a bit about basketball. I need a freshman girls coach. Would you be interested?” Hyde recalled. “I had never considered it before. I never thought back in high school that I’d ever get into coaching and I didn’t get into education to coach. But I was a single guy at the time, with no family, so I thought I’d give it a try.”

Although he admitted he started from scratch as far as running practices to managing game situations and relating to his players, Hyde slowly adapted. For the next several years, he tried to be a sponge for any tidbit of knowledge he could get out of Core, then-varsity boys basketball coach Cavin Mohrhardt, JV girls coach Becky Gray, or boys’ varsity assistants Randy White and Phil Marshall. He said he even occasionally would pick the brains of coaches from other schools, like the time he talked offensive sets at a summer camp with the late Steve Hewitt, who coached at several levels at Grand Haven, as well as longtime Bucs’ coach Bob Eidson.

“I went to every coaching clinic I could,” Hyde said. “I’ve probably got piles of binders of stuff I’ve picked up through the years.”

Hyde slowly moved up the ranks at Spring Lake, coaching both freshman and JV girls, and then when Core moved over to coaching the varsity boys, Hyde also followed, taking over the freshman and then JV boys jobs.

He got his first crack at a varsity position in 2011, when he was named the Lakers’ varsity girls coach.

“I can’t take the credit for anything I’ve accomplished here,” he said. “I owe everything to those coaches that were here before me,” he said. “Not only the Xs and Os, but socially, which is often  the most important trait of a coach.”

From Core, he said he learned just how much detail and long hours can be involved in the craft, from scouting and watching tape to off-season work. From Mohrhardt, he saw someone who excelled at communication and relating to kids.

“That’s a guy whose heart is bigger than you can ever imagine,” Hyde said of Mohrhardt, who just recently retired as the Lakers’ athletic director. “It doesn’t matter who the kid was, if it was the star or someone who hardly played. He gave everything he had to every kid. I learned a lot about that, to try to treat everyone equally.”

But it was Hyde who deserved a lot of the credit for turning in several outstanding seasons, starting with a 17-4 record in 2012 with star Evie Lorimer, and a district-championship season in 2015 when the Lakers had a perfect 20-0 regular season. 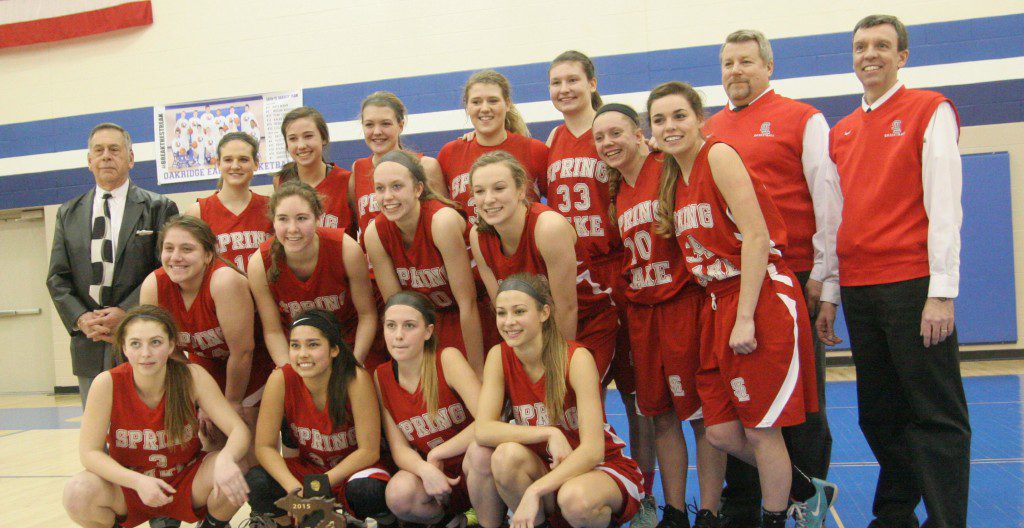 And then almost stunningly, he stepped down, with a new focus in mind – coaching his daughters, Julia and Anna, at the middle school level.

“Coaching high school, I didn’t get a chance to watch a lot of their games and it was something that I didn’t want to miss,” Hyde admitted.

He cherishes the opportunity to this day, but after 4 years, Hyde said he received encouragement from Anna to give varsity coaching another shot.

“I told her that I wouldn’t be able to coach her (on the freshman or JV teams), but she said, ‘Well dad, you can coach me on varsity.’ And sure enough, she’s on the team this year. It was the right decision, but without my wife (Angela) and my two daughter’s support, I couldn’t do it.”

It seems he’s back in a comfortable and right spot, as Hyde guided the Lakers to another district championship last winter, and nearly pulled an upset in the regionals against a talented Newaygo squad.

“I think people who watch my teams, they often say that scrappy comes to mind,” Hyde said. “We may not be able to reload with superstar talent every season, but we’ve had some very good players. We may not always be the most talented, but I take pride in our players fighting hard out there. Playing hard whether we’re up 30 or down 30. That makes me more proud than anything.” 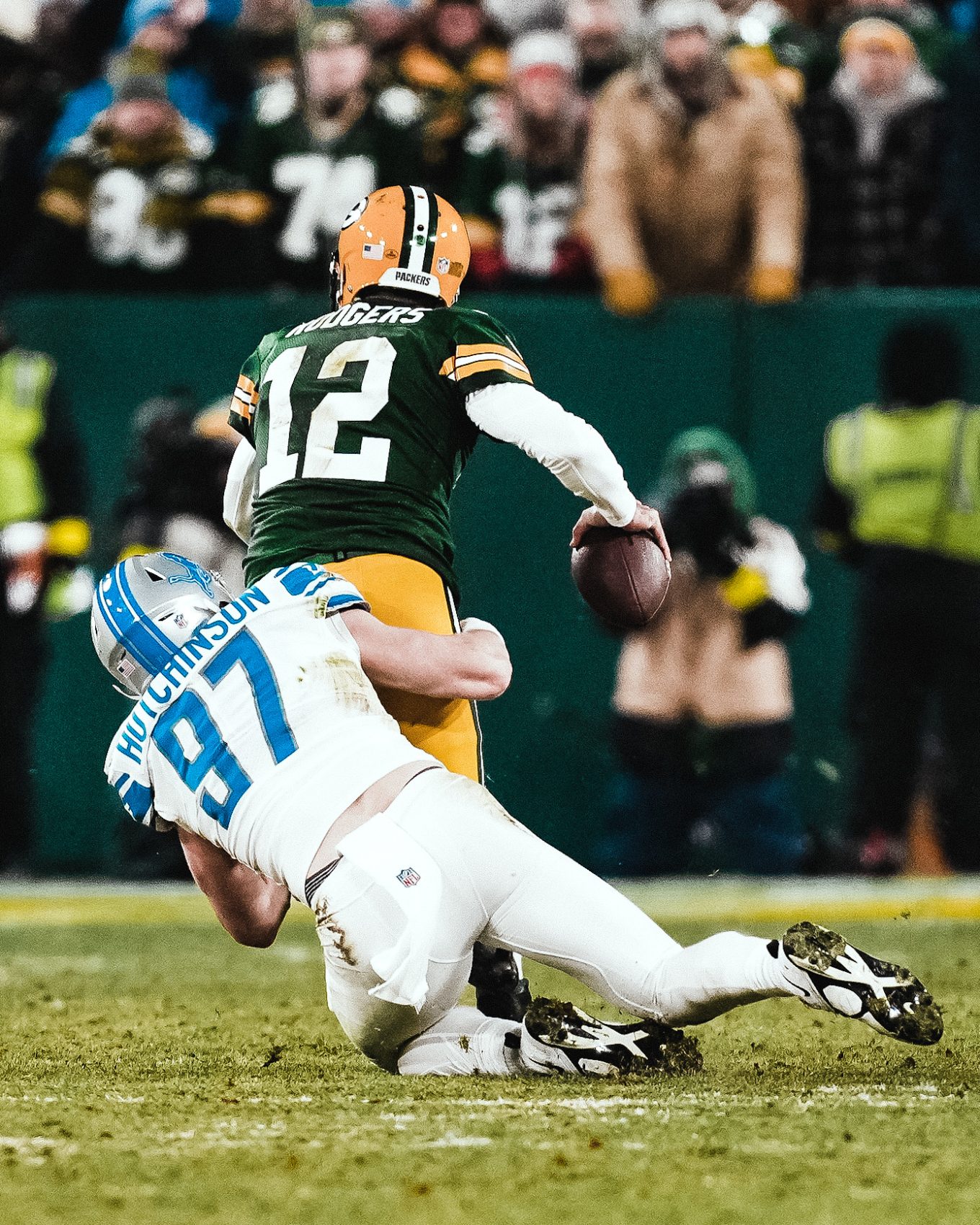