FRANKFORT — Manistee’s boys basketball team kept the game close, but in the end, Frankfort pulled out a narrow 52-47 victory over the Chippewas in a non-conference game Tuesday.,

The game was played in Frankfort.
After trailing by as much as six points early, the Chippewas gained their first lead of the game, 14-13, at the end of the first quarter.
In a wild second quarter that saw nine lead changes, the Panthers took a 28-26 halftime lead when sophomore Carter Kerby hit a step-back 3-point bucket with 3 seconds left in the second quarter.
Frankfort again built up a six-point lead in the third quarter, but the Chippewas wouldn’t go away and battled back into the lead, 39-38, with less than 4 minutes left.
The Panthers reclaimed the lead on a basket by Emmerson Farmer and they would not be headed again the rest of the way.
“We just have to get over the hump of the little things,” said Manistee coach Zach Bialik. “We have to learn how to win. I give it to coach (Dan) Loney. He’s built and inherited a good program and he gets kids to play hard. (But) we learned a lot about ourselves today. We learned we can compete for four quarters. I was telling the kids that you can’t just compete for six, eight minutes.
“That was our problem the first couple games. You have to be ready for all 32. Today, we did a little better at it.”
Mason Gunnett led the Chippewas with 14 points, Austen Halcome added 10 and Kayden Kott and Ethan Edmondson scored six each. 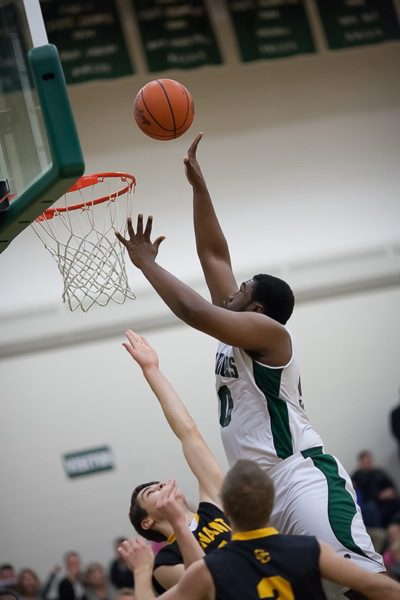