Mason County Central holds on for win over Ludington 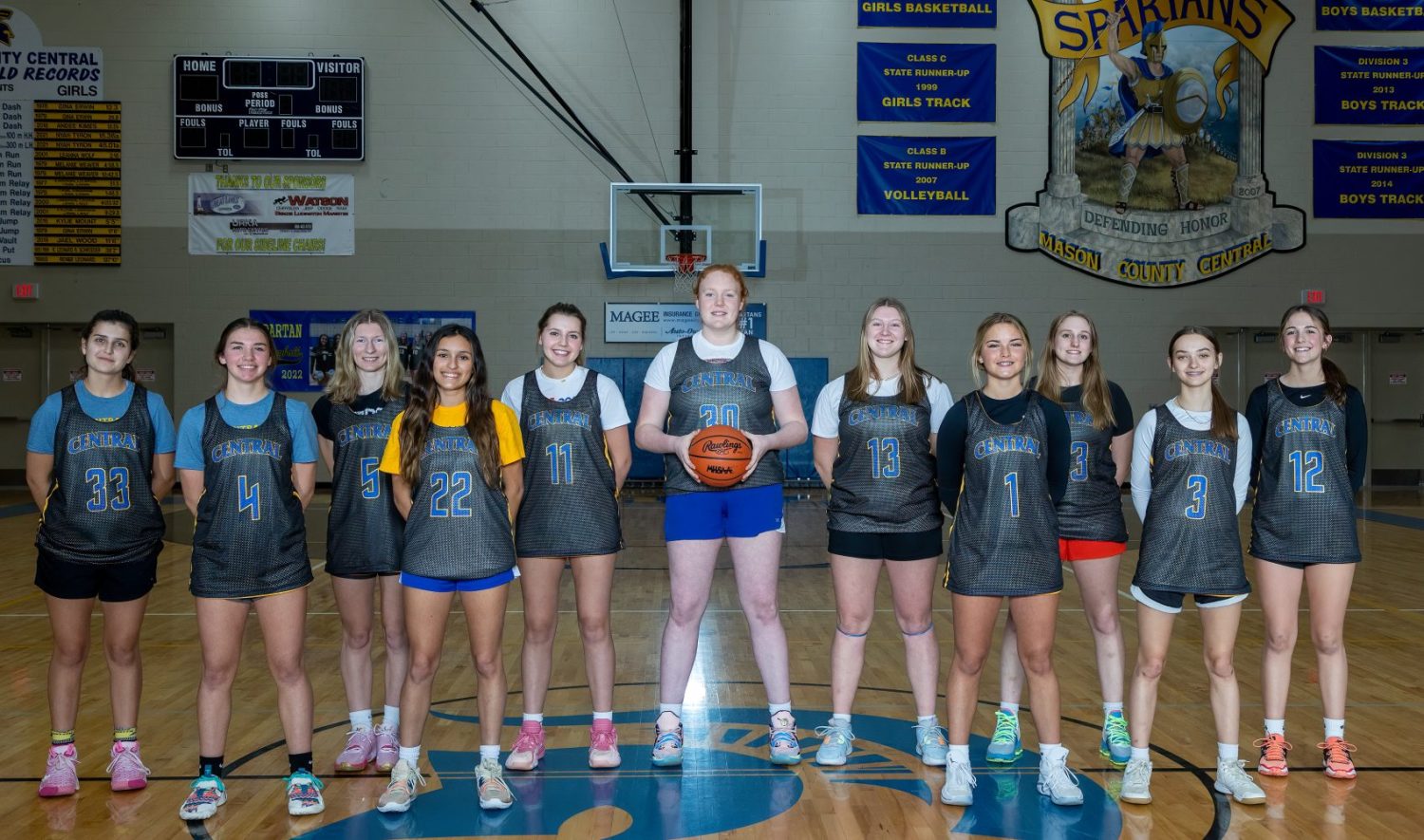 SCOTTVILLE — Ludington nearly overcame an 18-point deficit at the end of the first half, but Mason County Central managed to hang on for a wild 41-34 non-conference girls basketball victory over the Orioles on Monday night in Scottville.

The Spartans threatened to run away from their cross-county rivals in the first half and then had to weather a storm as the Orioles mounted a huge comeback bid in the second half that shaved a 20-point deficit down to 7 points, 39-32 late in the fourth quarter on a pair of free throws by Annie Kline.

The Spartans, who were floundering against the Orioles full-court pressure defense, expanded their lead back to 9 points, 41-32 when Grace Weinert knocked down two free throws.

Ludington fired up a couple of 3-point shots in the remaining seconds of the game, but couldn’t get them to fall and dropped its second straight game.

“When you get down 20 in the first half it’s hard to get that back,” said Ludington head coach Warren Stowe. “Lots to build on in the second half.

“I thought we started playing ball, and coming off ball screens looking to score, and not being passive, just picking the ball up. Which was the story in the first half for us.

“They (the Spartans) weren’t doing anything special. They were going underneath ball screens, and sagging in the paint. We didn’t take advantage of it in the first half. You can’t have a half where you score only 9 points against a good team.”

Neither team could score for the first half of the first quarter before the Spartans ended the drought and Weinert drilled a 3-point shot that sent them out to a 5-0 lead. The Spartans had a 7-2 lead after one.

But the Orioles stayed close through the early part of the second period. Emma McKinley’s layup made it a 3-point difference, 7-4. It was still close, 12-9 on a 3-point shot by Karli Mesyar and a bucket by Keelyn Laird.

Mason County Central then went on a 13-0 run to close the second quarter, Mallory Miller knocking down a pair of 3-point baskets and Weinert one, as the Spartans outscored the Orioles, 20-7 and took a 27-9 lead at the half.

“We shot well, we defended them well,” said Spartans head coach Mike Weinert. “We kind of knew some of the things they liked to do, and we tried to take that away.

“I thought we did a good job of that in the first half, making it hard on them to get what they normally get against a man-to-man. We ended up playing man the whole game.

“Ludington is a very well coached team, (and) has good players that have a lot of experience making that run to the Breslin (Center) last year. I knew they that they were going to come out the second half and bring it right to us. We knew that they would have some runs.”

Laird scored 5 points as the Orioles outscored the Spartans, 11-7 in the third quarter. But the Spartans still had a 14-point lead, 34-20 going into the fourth period.

The Orioles kept chipping away at the Spartans lead in the final period, first cutting it down to 8 points, 38-30 on a bucket by Kline. McKinley made two free throws to get it to 7, 39-32 late.

But the Spartans held off the Orioles, who had a 14-7 scoring edge in the fourth period.

“We’re kind of young (and) we don’t have a lot of experience, especially so far, dealing with full-court pressure the whole game,” Weinert stated, “and then having to deal with a good team that’s going to make some runs at you and not fold.

“We bent a little bit here, and bent a little bit there the second half. But we didn’t break, and got a few buckets and free throws when we needed to expand the lead a little bit. Ludington made it really tough. They’re a quality team. It was a good win for us.”

Laird scored 9 points to lead the Orioles, with McKinley adding 8 and Meysar 7.

The Spartans improved to 5-0 on the season and are scheduled to play Grand Rapids Ottawa Hills on Thursday afternoon at Ferris State University in a non-conference game starting at 1:30 p.m.

Ludington is now 5-3 on the season and are off until after the New Year, traveling to Reed City on Tuesday, Jan. 3 for a non-conference game. 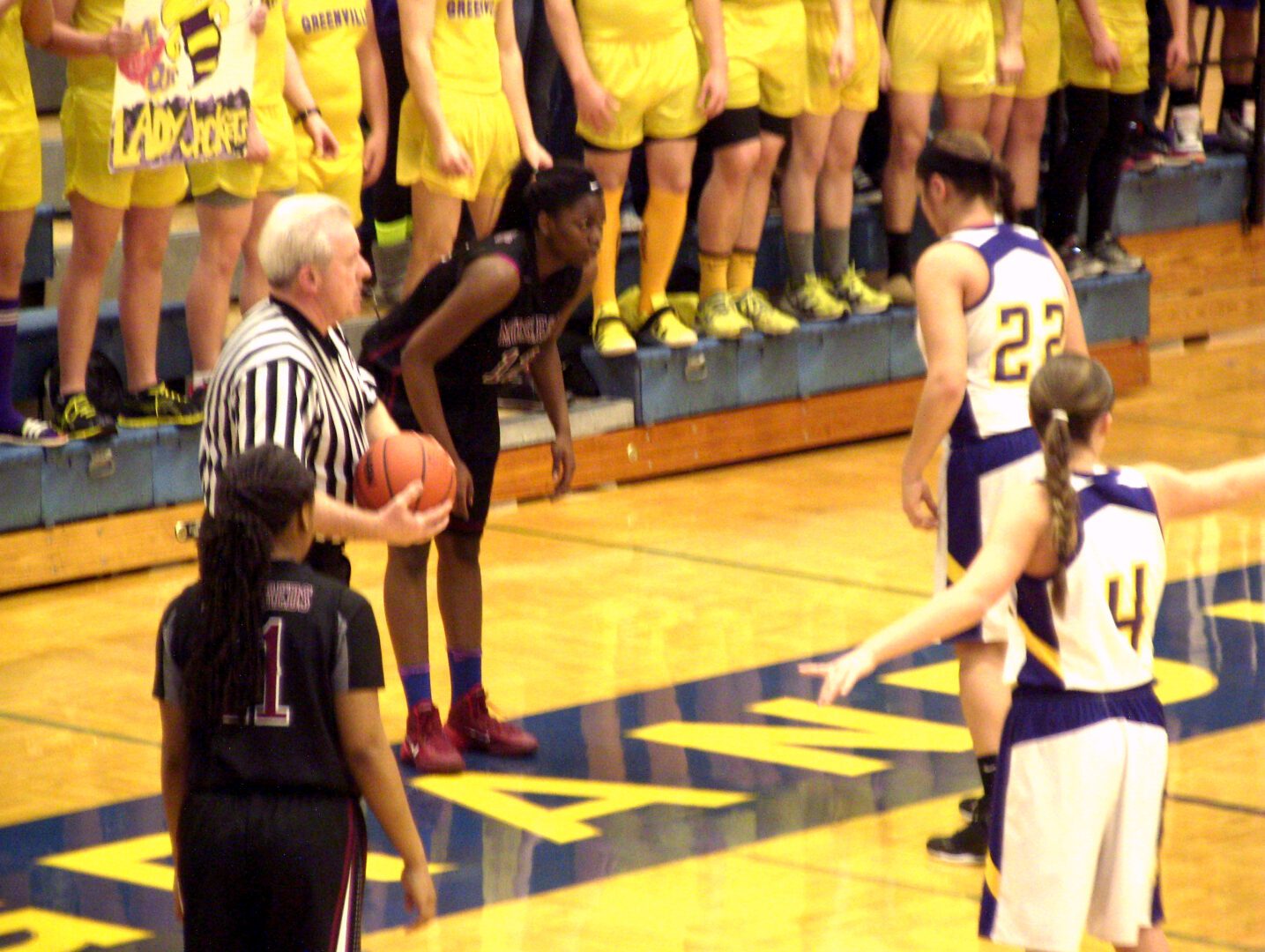