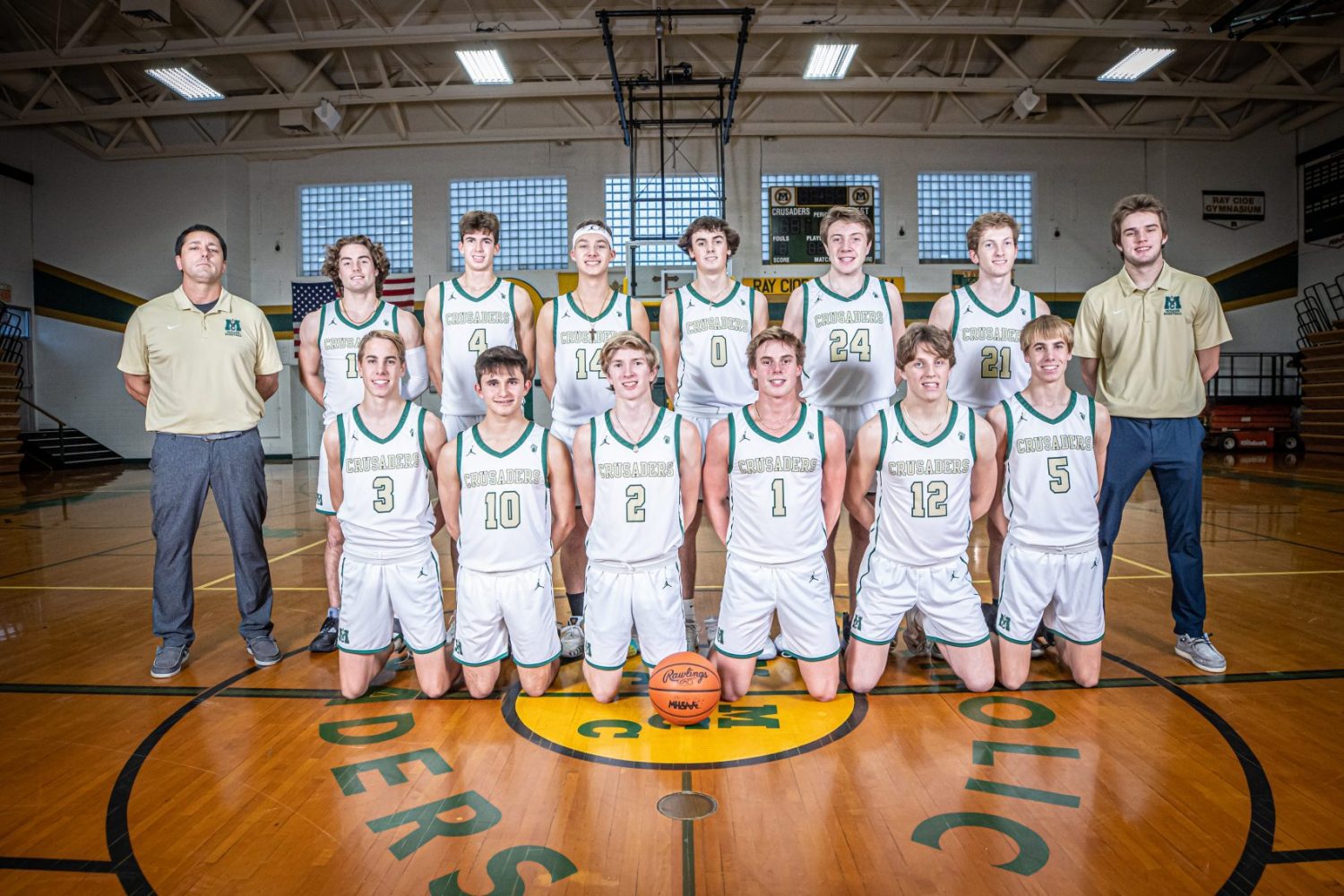 Muskegon Catholic came out and shot the ball well against a tough NorthPointe Christian squad and trailed 36-27 at the halftime break.

MCC’s Braden Gustin led the offense with 18 points, 11 of which were in the first half. Bryan Convertini added 10 points, six rebounds and four steals. In his first start, Jacob Lyonnais had six points and eight rebounds.