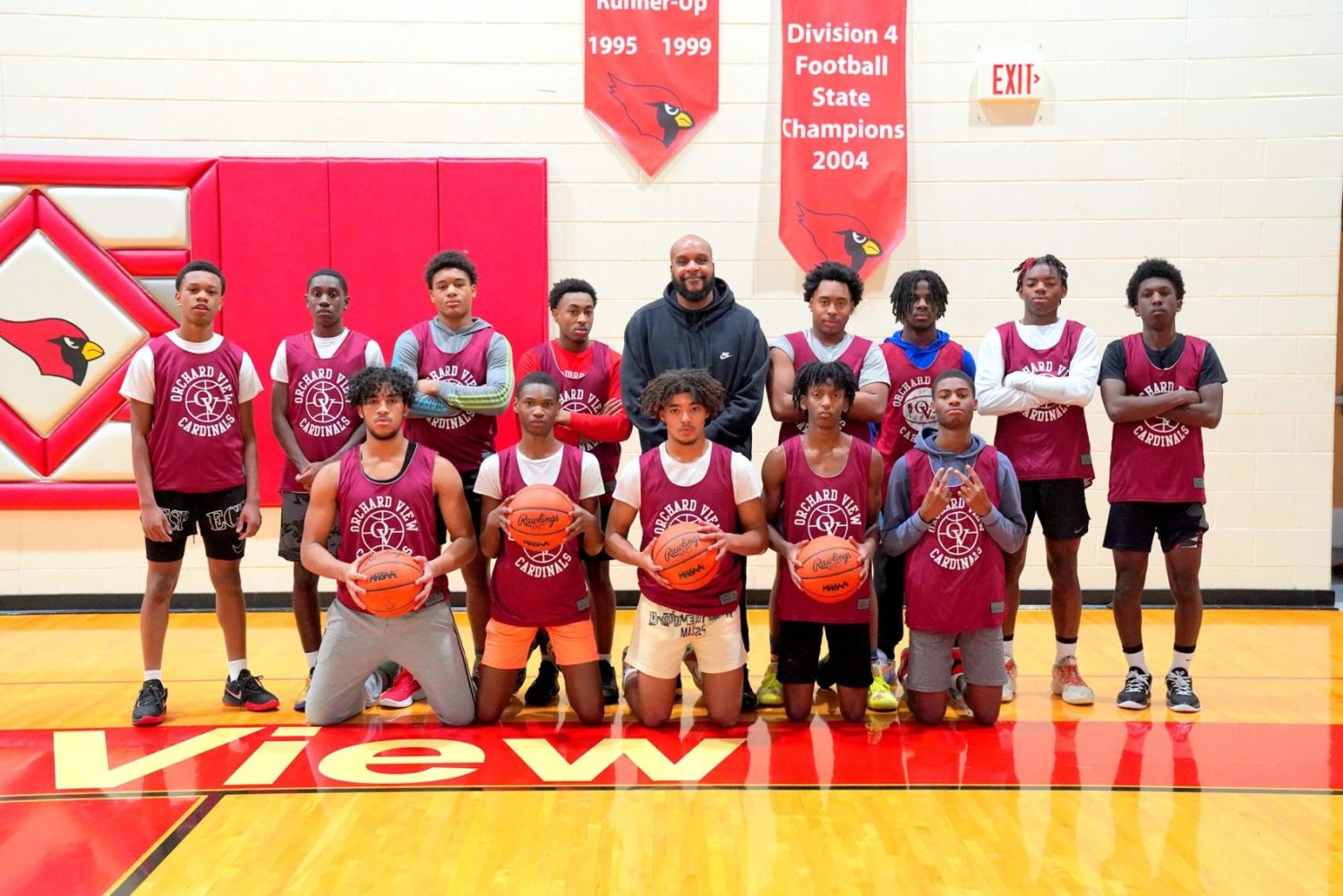 MANISTEE — Just when it seemed all was lost, the Orchard View boys basketball team picked itself off the floor and landed the knockout punch to the Manistee squad in Thursday night’s game.
The Chippewas, who had led at the end of the first half for the first time this season, had built a six-point lead, 31-25 with 4:23 left when the Cardinals started their comeback to a rousing 36-34 victory at Manistee.
“We made things hard on ourselves,” said Orchard View head coach Mryon Guyton. “We probably had over 20 turnovers, and were lucky to get a win.
“I’m definitely am happy with how we didn’t give up. I’m a new coach here. I got here about 30 days ago. The players are still getting to know me, I’m getting to know them and we’re just trying to come together. I appreciate their effort.”
Manistee struggled with turnovers as well, and missed too many layup attempts to count which helped the Cardinals stay in the game.
Orchard View could have been rocked early when the Chippewas started the game with a 6-0 run, but came back to score the last six points of the first period to finish in a 6-6 tie.
After the Cardinals pushed in front, 9-8 in the second quarter Manistee ended the first half with an 11-10 edge thanks to a big basket by Austen Halcome.
The Cardinals held a two-point leads through the first three minutes of the third quarter before Halcome drained a 3-point bucket for the Chippewas to send them out to a 17-16 lead at the 5:26 mark.
Manistee then broke away from a 21-21 deadlock when Halcome was fouled on a shot and made the free throw for a three-point play and the Chippewas led, 26-23 going into the fourth period.
Jeff Huber popped in a 3-point bomb to put the Chippewas up by six, 31-25 before the Cardinals mounted their comeback.
Stephon Oakes buried a trey and then slipped behind the Manistee defense to score inside to give the Cardinals the lead for good, 33-31 with 1:13 to play in regulation.
Keith McAllister made two free throws to extend OV’s lead to four, 35-31.
But then Kott hit a 3-pointer to bring Manistee within 35-34 with 21 seconds left.
The Chippewas had to foul to stop the clock, and Oakes drained a free throw for the final score.
“I always try to motivate them to play the next play,” Guyton said. “We’re a young team, and we’ll get better just by watching the film of this game.
“Hopefully we won’t make the same mistakes.”
Stephon Oakes paced the Cardinals with 10 points while Carl Flowers added seven and Delaney Oakes contributed six.
Ethan Edmondson scored 10 points for the Chippewas with Halcome adding nine and Kott five.
Orchard View improved its record to 2-2 overall and 1-1 in the West Michigan Conference Lakes Division
with its second straight win. The Cardinals host Catholic Central next Tuesday.
Manistee dropped to 0-4 overall and 0-2 in the WMC Lakes and will next be in action next Tuesday when the Chippewas travel to Whitehall in the WMC Lakes.

Muskegon Big Reds primed to put another star in their storied football resume with victory No. 800