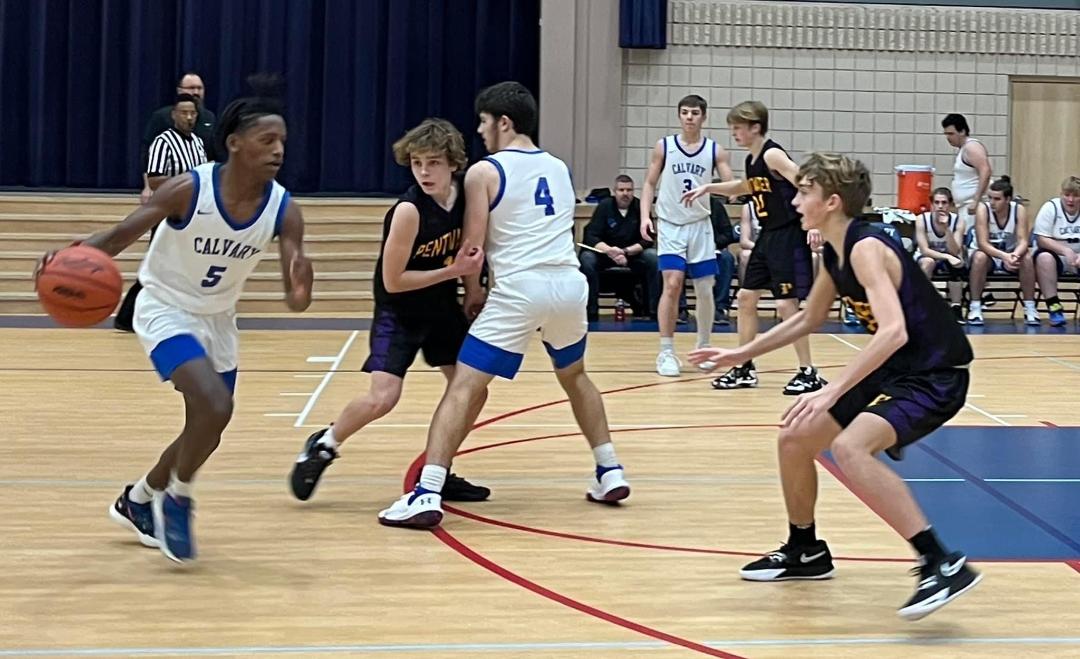 FRUITPORT — Fruitport Calvary Christian’s boys basketball team found the young Pentwater squad a tough customer through the first half, but then pulled away in the second half to post a 77-42 non-conference win Monday night.

Pentwater stayed right with Eagles in the first 16 minutes, keeping the game close throughout. But the Eagles managed to outscore the Falcons in each quarter, 12-10 in the first and 10-9 in the second for a narrow 22-19 edge at the halftime break.
The Eagles picked up their level of intensity in the second half, though, and outscored the Falcons, 55-23 to win going away. The Eagles had a 32-10 advantage in the third and 23-10 in the fourth.
“Our coaches give huge credit to Sam Zelenka and Zach McFarren for getting us back-to-back wins by battling and defending the other team’s best players with great intensity,” said Calvary head coach Brad Richards.
“Tonight, we went into the locker room at halftime a little disappointed with a few things that we thought we had fixed, but were very proud of the boys for how they responded and competed in the
second half.
“If we can play 32 minutes like we played in the third quarter, this team can beat anyone.”
Bradley Richards led a balanced Eagles’ attack with 25 points and 20 rebounds, followed by Quinn Swanson who exploded for 19 points and dished out four assists, Gabe VanBaale contributed 15 points and grabbed 12 rebounds, while Zelenka controlled the floor game with nine steals and four assists to go with 11 points.
Jonny Arnouts led the Falcons with 14 points, followed by Will Werekma-Grondsma and Mikey Carlson who each had 12 points.
“We played a really great first half,” said Pentwater head coach Ashley Lubera. “Richards was All-State last year as a freshman and he’s solid on the block, and we were able to defensively take that away.
“Coming out in the third quarter our intensity definitely diminished a bit, and Will picked up his third foul so with him on the bench hindered our level of intensity.
“Richards kind of cleaned up the glass in the third quarter and we really didn’t have an answer for that. But overall it was just a very positive night for my team.”
The Eagles improved to 2-1 overall with their second straight win, and will next be in action Dec. 23 in the Cornerstone University Showcase.
Pentwater fell to 1-1 on the season and will be right back on the court Tuesday night for a Western Michigan D League game at Brethren.
All photo’s below are courtesy of Becky Mann 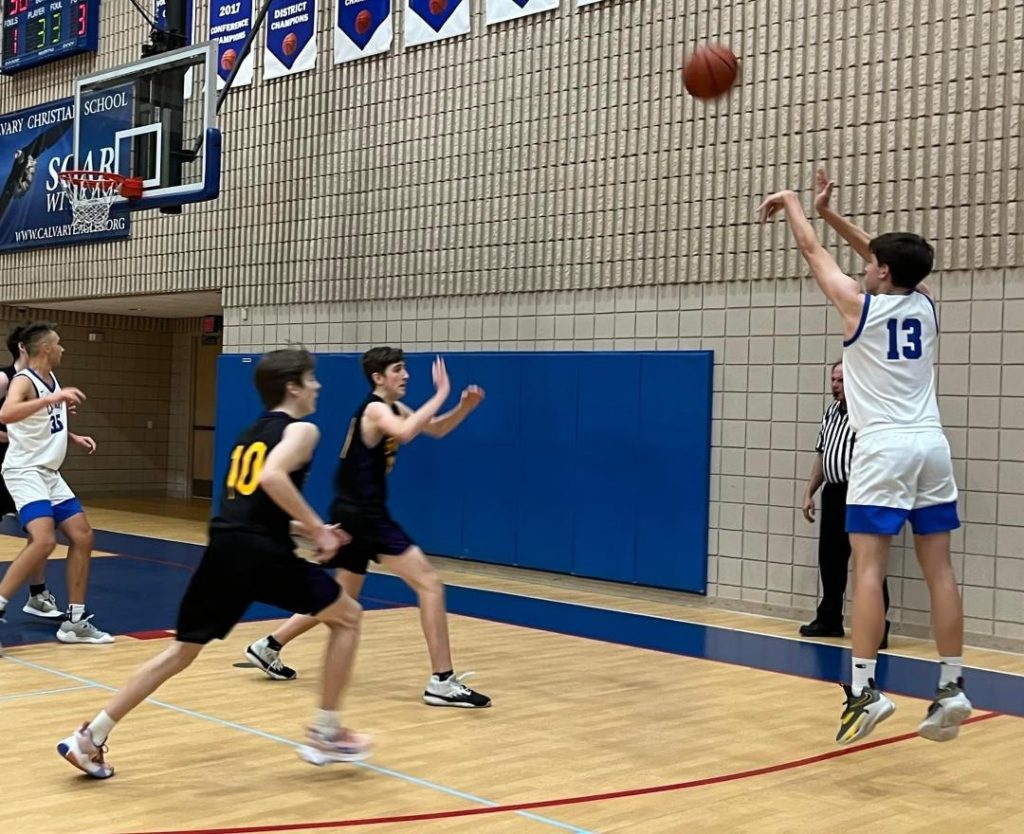 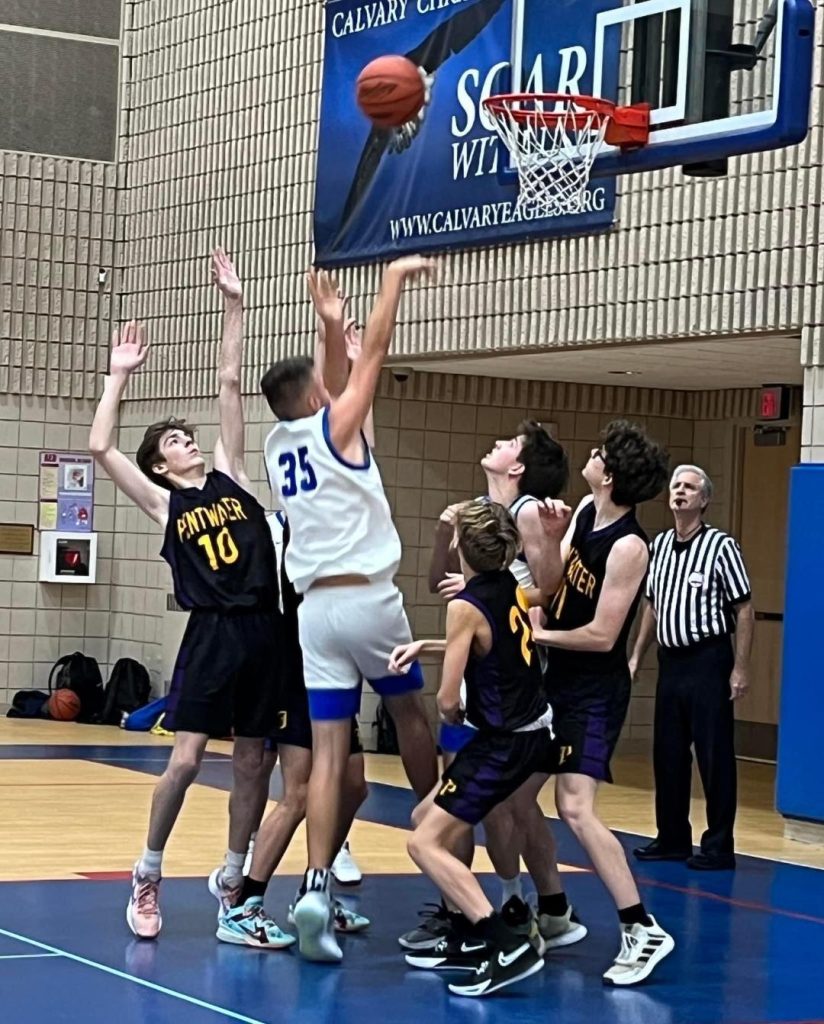 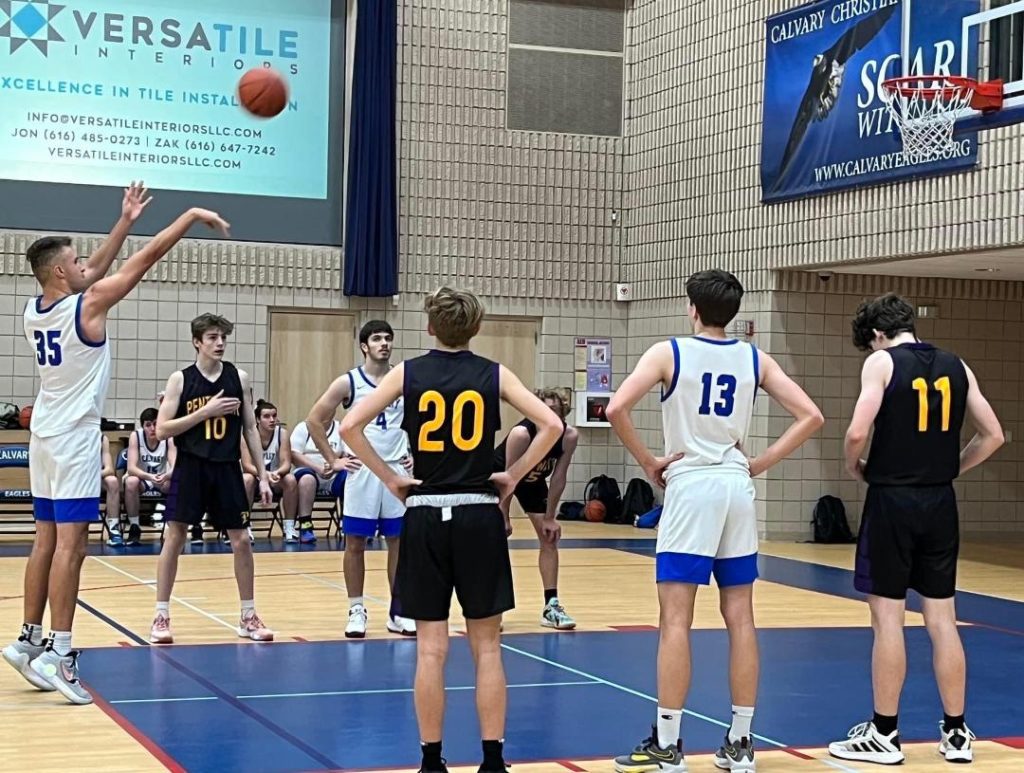 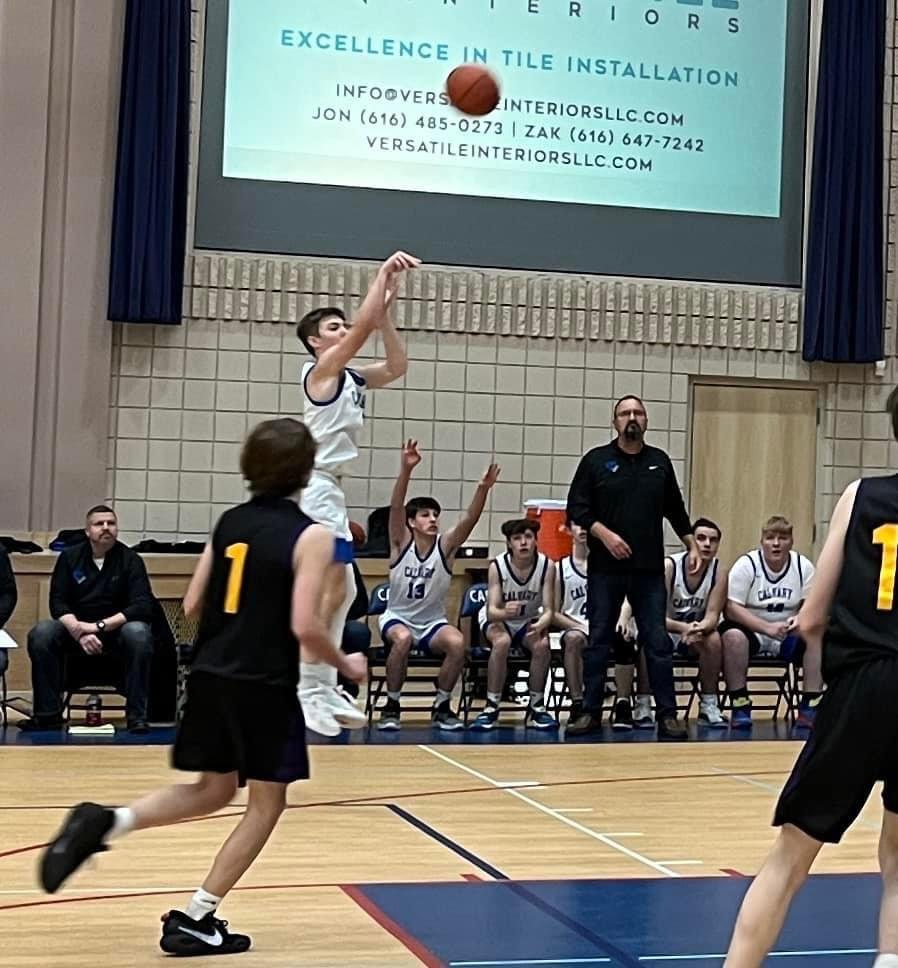 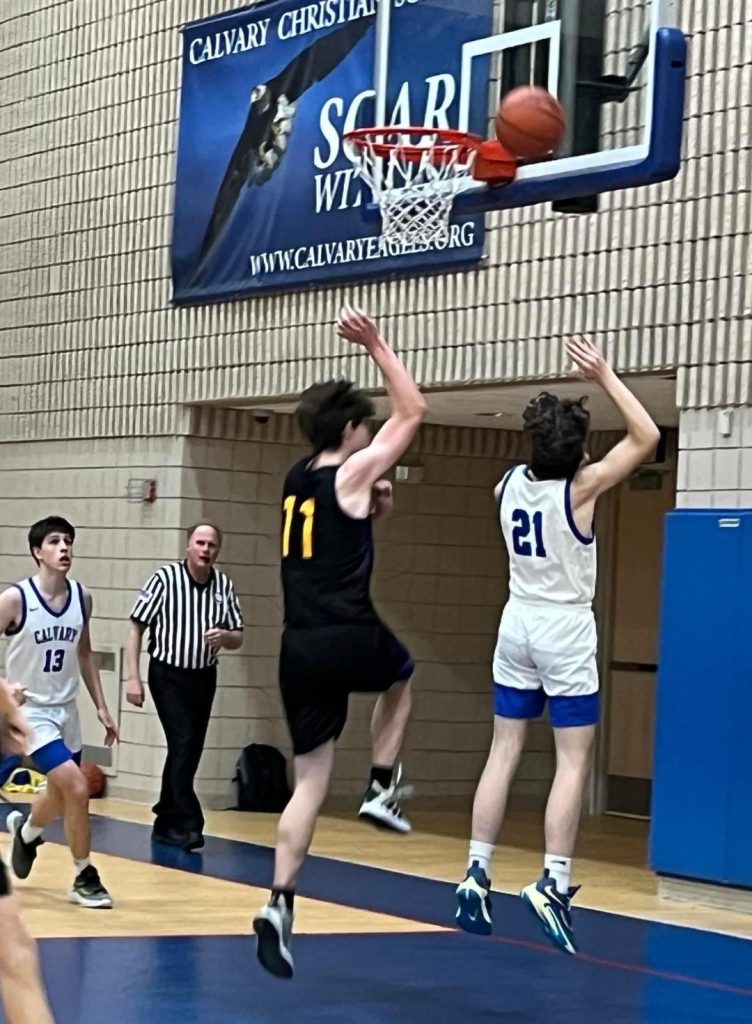 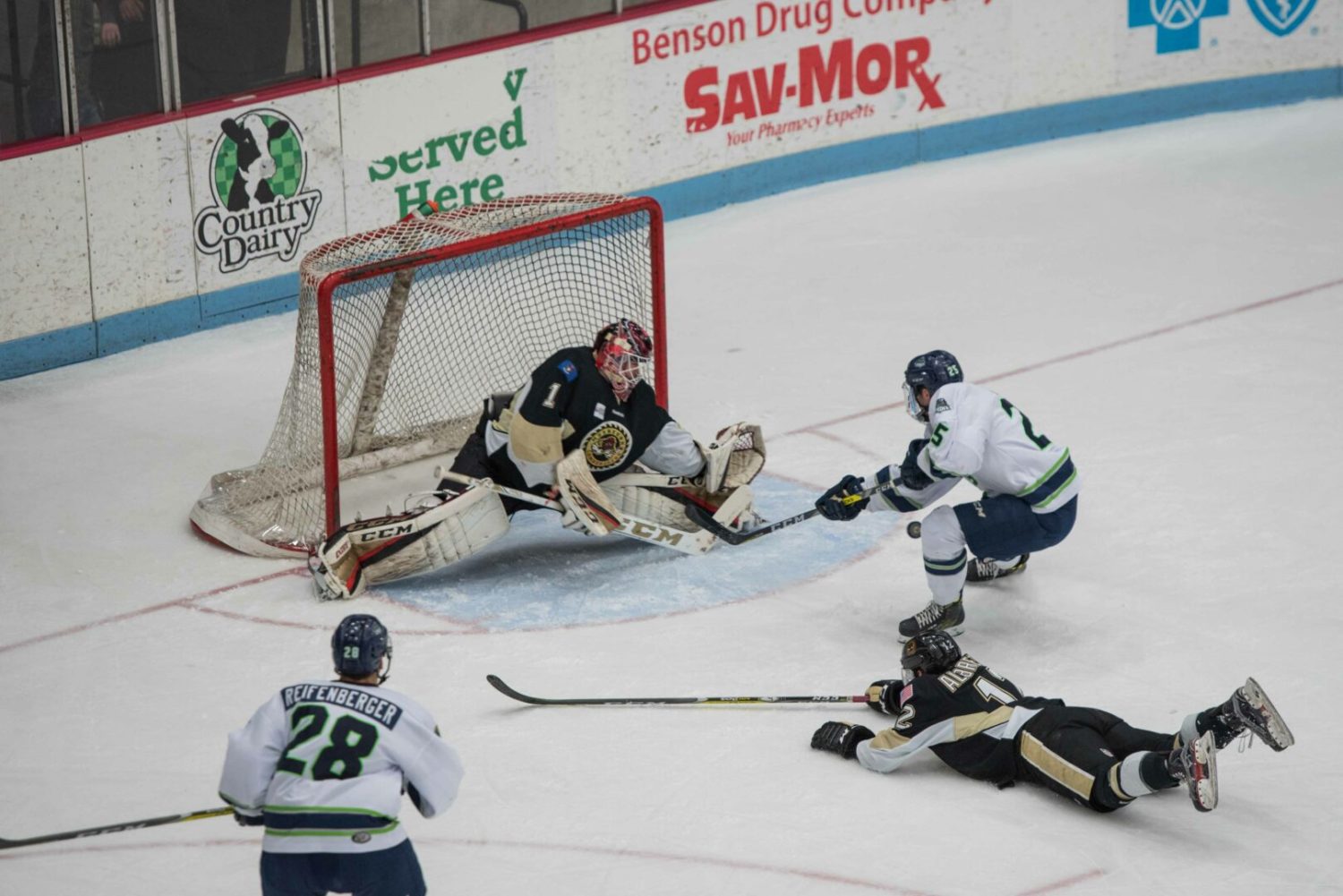