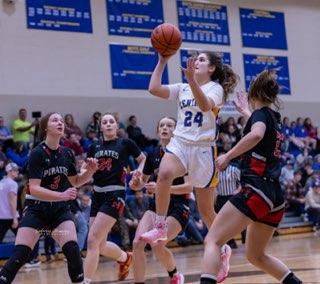 The result was that Hart handed the Spartans their first loss of the season, 54-38, in the West Michigan Conference Rivers Division.

Coming out of the gate quickly, the Pirates gained a lead. But the Spartans managed to rally, and shaved the margin to six points, 15-9, in the first quarter.

In the second quarter, the Pirates used pressure defense and some mismatches on offense to stretch their lead to 10 points, 30-20, at the half.

“We didn’t shoot particularly well tonight, we left a lot out there,” said Mason County Central coach Mike Weinert. “We missed more puppies than I would have liked, and we didn’t shoot well from outside either.

“They made theirs. It was a big game. I think Hart’s experience with big games over the last couple of years with their players helped them tonight. We’re learning a lot. We made some mistakes tonight that I think in the future we won’t make those mistakes.”

Hart continued to keep the defensive pressure on the Spartans in the second half and built a 20-point lead.

Aspen Boutell not only keyed the Pirates’ suffocating defense, but led all scorers with 19 points. She added two assists.

Mariana VanAgtmael dished out four assists and played a solid game on the defensive end.

The Spartans (6-1 3-1) travels to Shelby next Tuesday for another conference game. 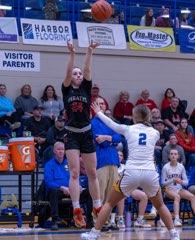 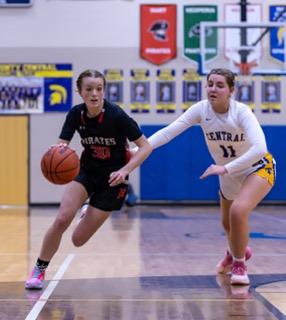 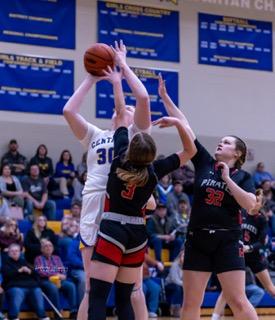 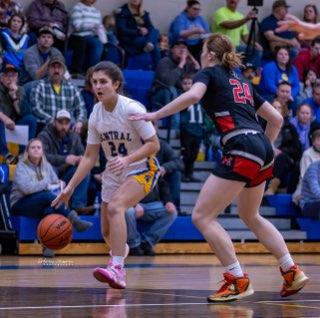 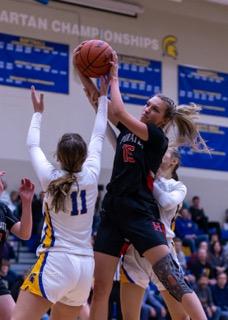