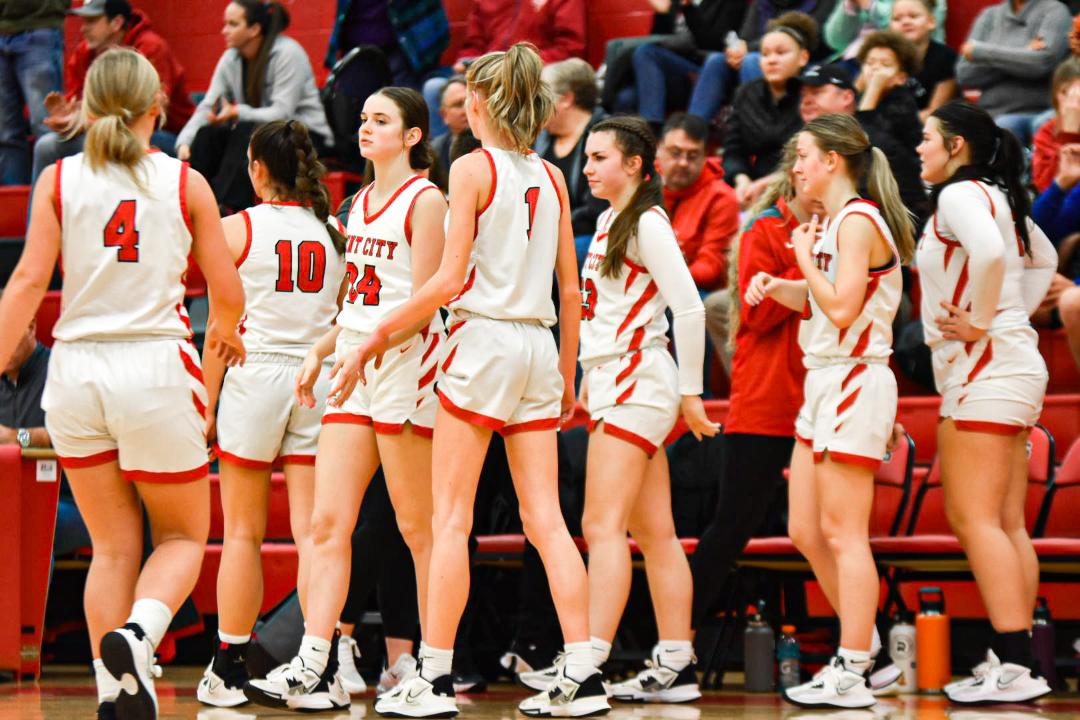 KENT CITY–It took a little while for the Kent City Eagles girls basketball team to get its offense going on Friday.

But when they did, the result was a 64-31 victory over the Reed City Coyotes in a Central State Athletic Association matchup. It was the Eagles’ 10th straight victory.

The visiting Coyotes led 8-7 after the first eight minutes. From then on, it was all Kent City with the 1-2 offensive punch of senior Lexie Bowers and junior Maddie Geers. The Eagles canned 11 3-pointers.

Kent City racked up a 24-7 scoring advantage during the second stanza to take a 31-15 halftime lead.

The Eagles extended that lead to 43-23 by the end of the third period with a 12-8 scoring edge.

Molly Bowman led Reed City with 12 points.
Kent City (11-2, 5-0) will head to Big Rapids on Tuesday to face the Cardinals with first place in the CSAA on the line.
Photos are courtesy of Krisha Wainright 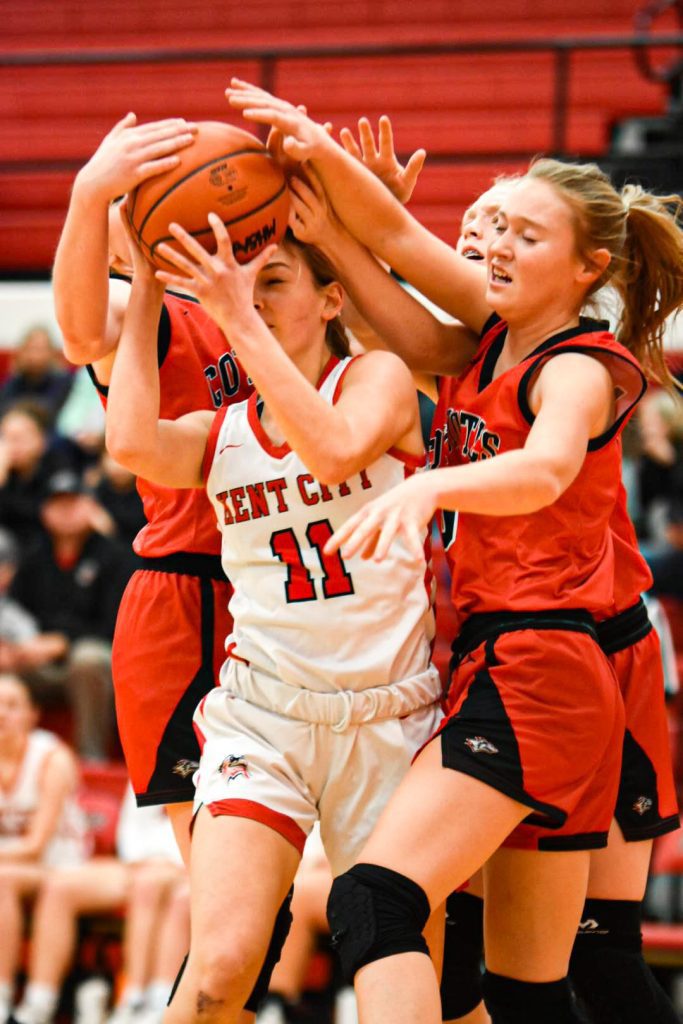 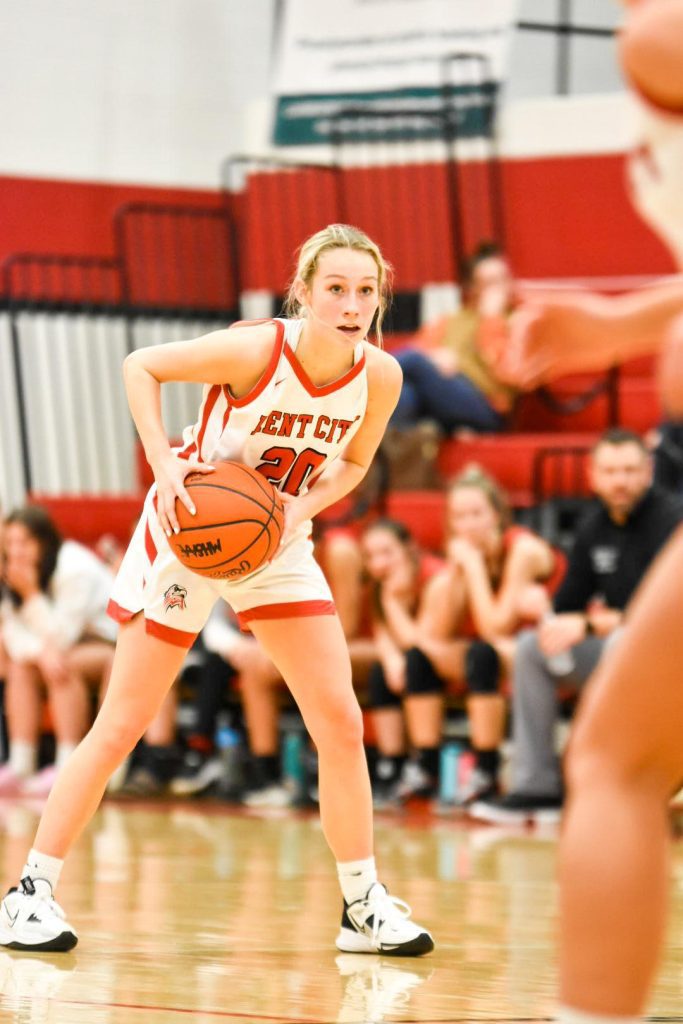 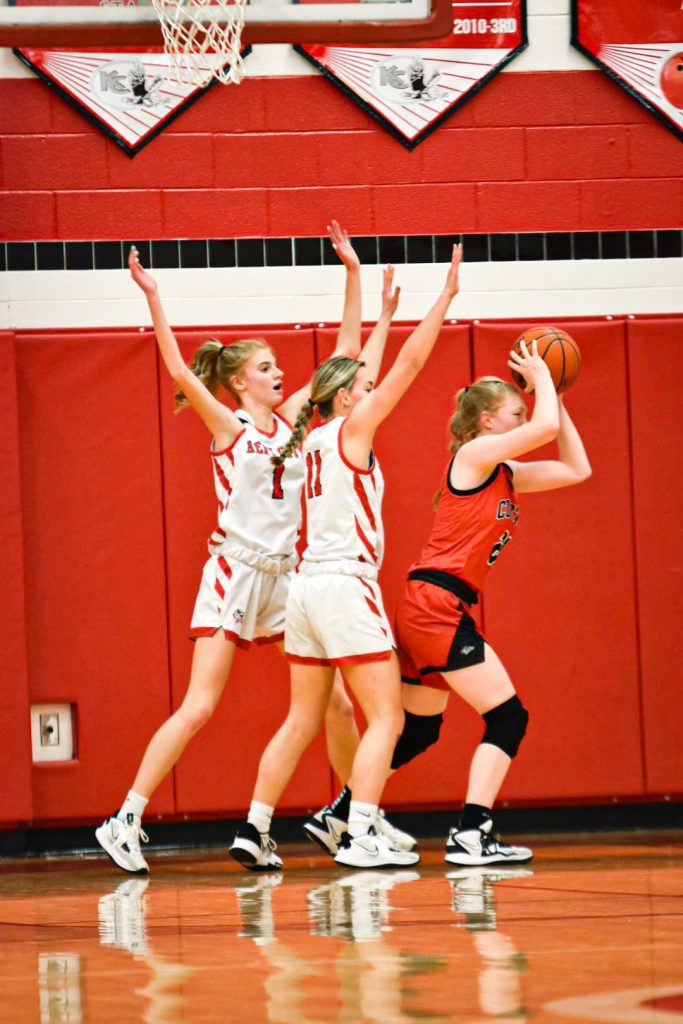 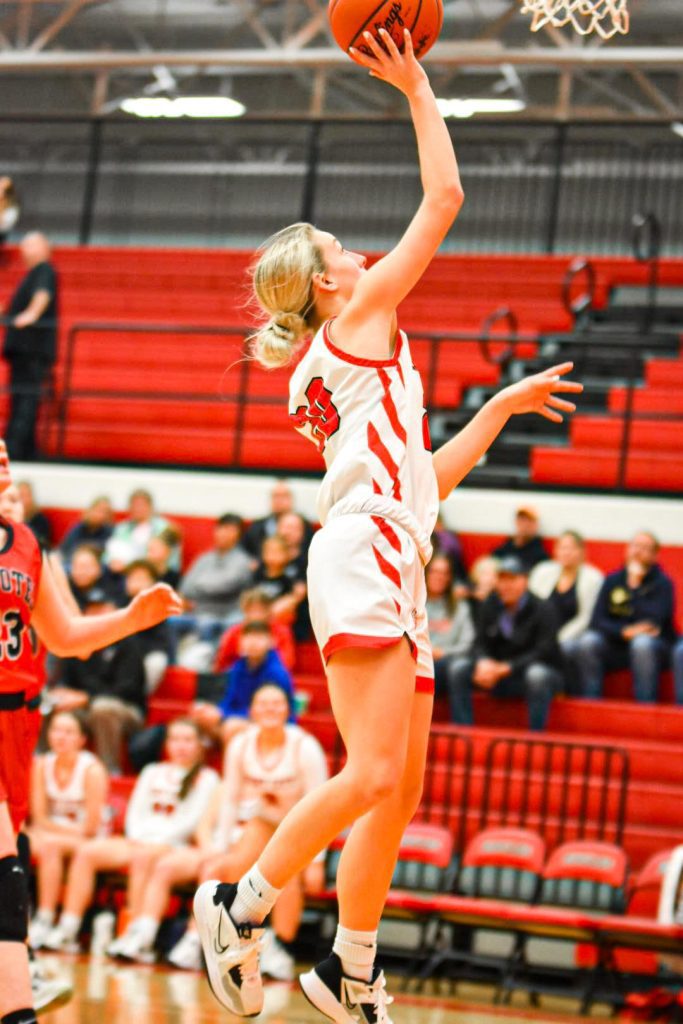 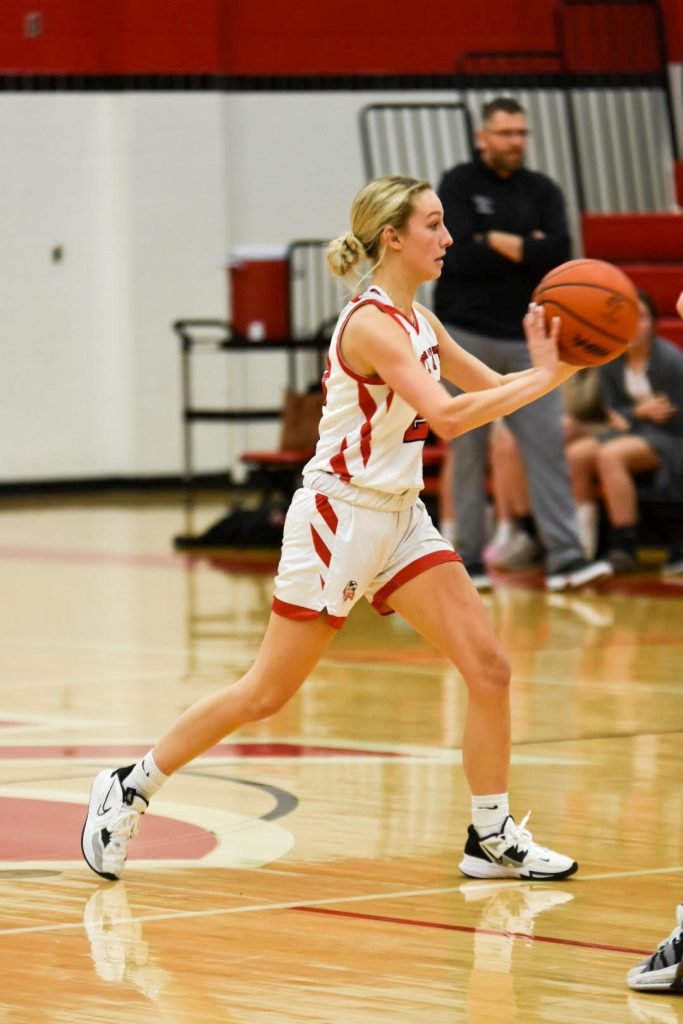 Pairings and schedule for this week’s boys basketball district tournaments