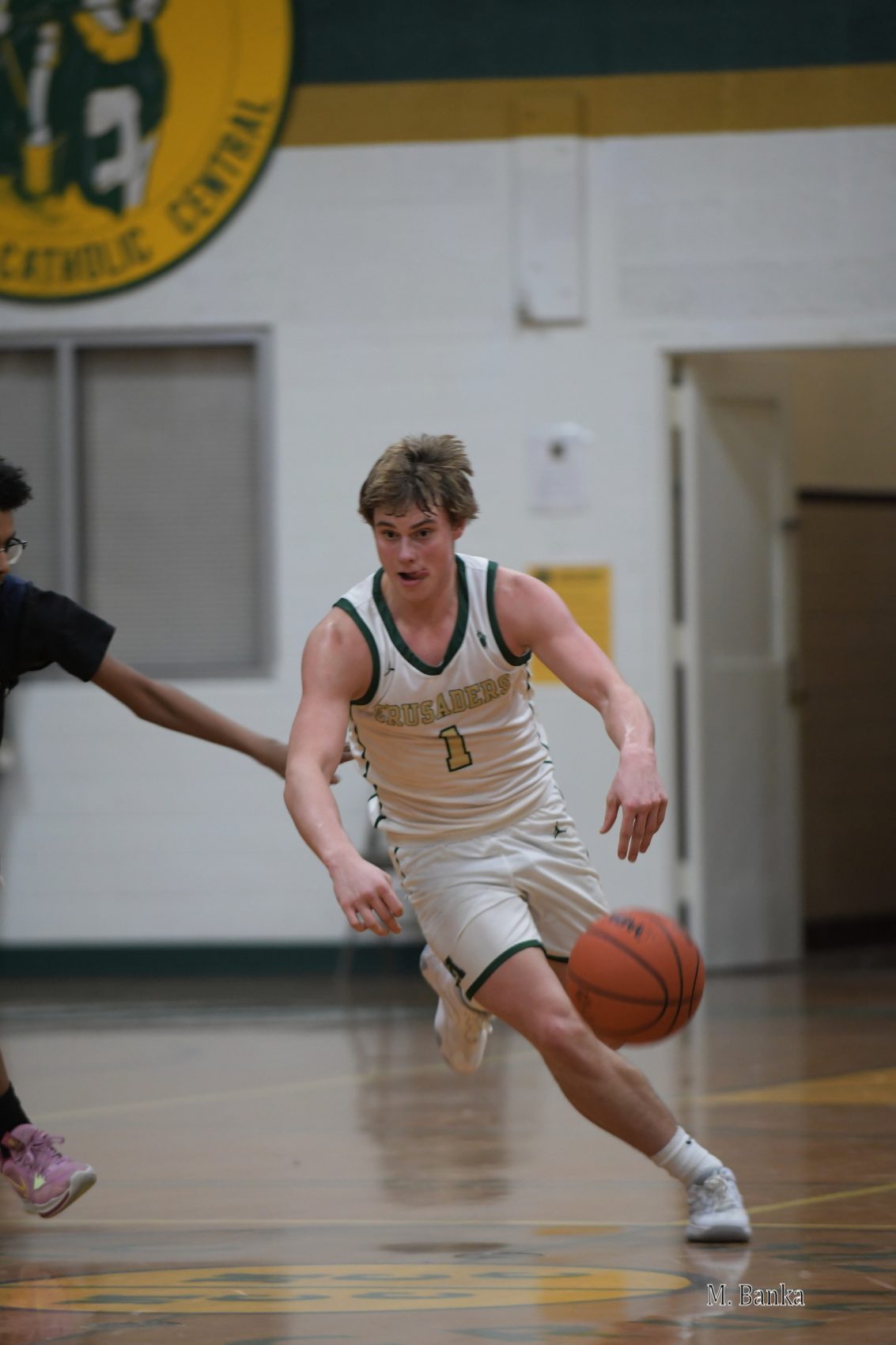 MUSKEGON–Muskegon Catholic could not keep up with hot-shooting Grand River Prep on Friday night and the result was a 69-58 setback.

Grand River Prep took a six-point lead after one quarter and built it to 42-28 at halftime.

“Grand River Prep started fast and never slowed down in the first half with an incredible shooting performance,” MCC coach Rob Recknagel said.

Grand River Prep’s Jaydon Weddle scored all 24 of his points in the first half and that included five 3-pointers. Julian Hardy hit a trio of 3-pointers in the opening half.

“It was one of the best shooting performances you’ll ever see,” Recknagel said. “We defended them multiple ways and couldn’t stop their long-range attack. Both players hit deep 3s at will in the first half.”

Things changed in the second half as MCC’s Bryan Convertini and his teammates kept Weddle scoreless.