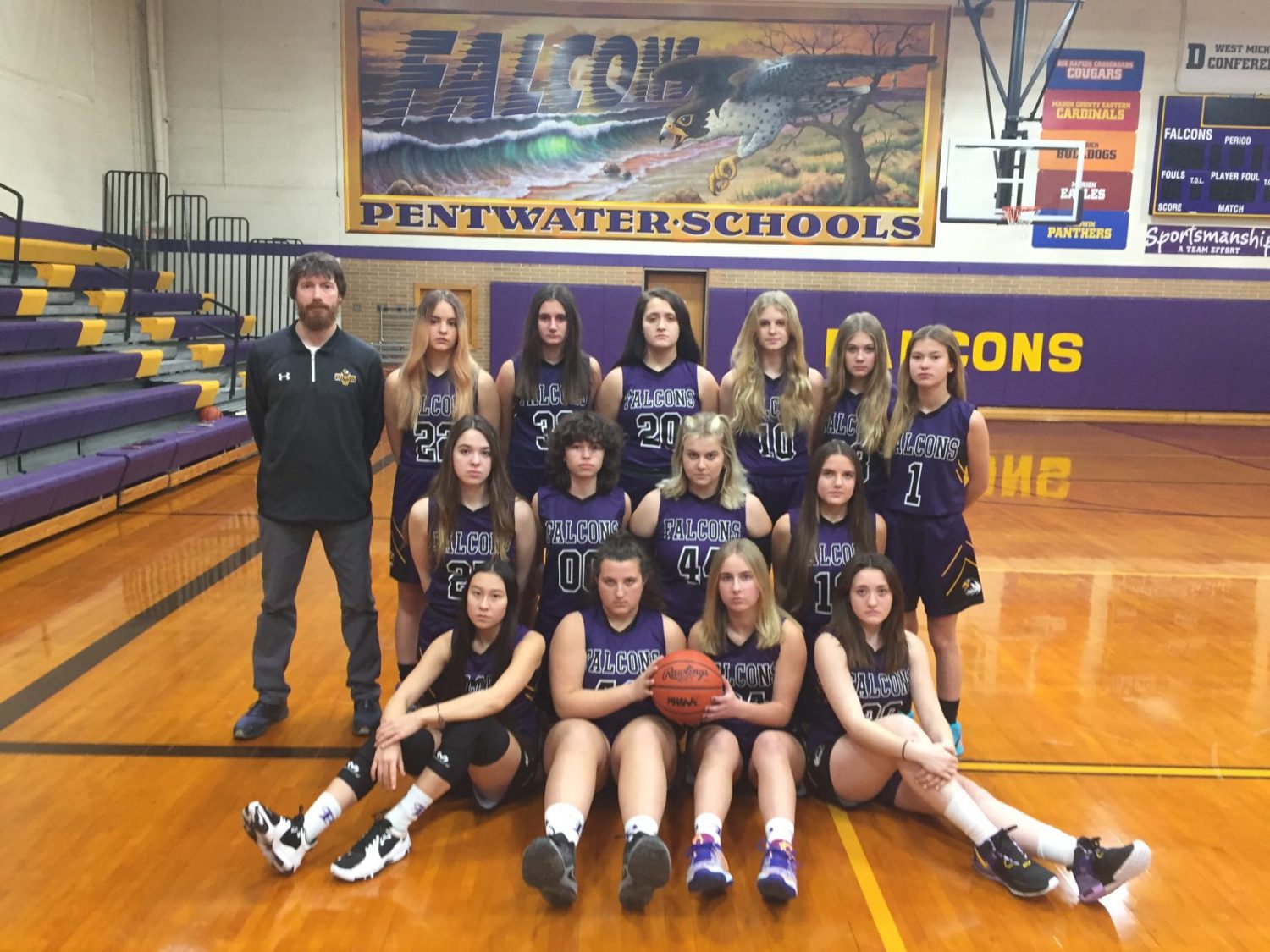 PENTWATER — Baldwin made the trip to Pentwater for the completion of the first half of the West Michigan D League season Friday, and the Falcons soared to a big 54-17 girls basketball victory.

Coming out strong, the Falcons were able to build some offensive momentum, which has been a major issue throughout the season.
But, not Friday.
“We’ve really struggled to take quality shots, and to finish our looks,” said Pentwater coach Joe Gorton. “Tonight, we were actually able to see the ball go through the rim. I thought our ball movement was excellent, and we really started to see the holes in Baldwin’s zone. I was very encouraged by the girls’ ability to adapt to unorthodox lineups and execute instructions throughout the game.”
Pentwater gained control of the game early, finishing the first quarter with a 29-6 lead. The Falcons shutout the Panthers in the second period, 5-0, and built a 34-6 halftime lead.
The Falcons outscored the Panthers, 20-11 in the third period and neither team scored in the fourth.
Freshman Aubrie Adams led the Falcons in with nine points, while Mackenna Hasil contributed eight and hauled down nine rebounds.
Charlie Swanger also scored eight points. Audrey Kieda added six points and had eight boards. Jocelyn Richison picked off four steals and dished out five assists.
Pentwater (3-8, 3-6 WMD) heads to Hesperia for a non-conference game next Wednesday night. 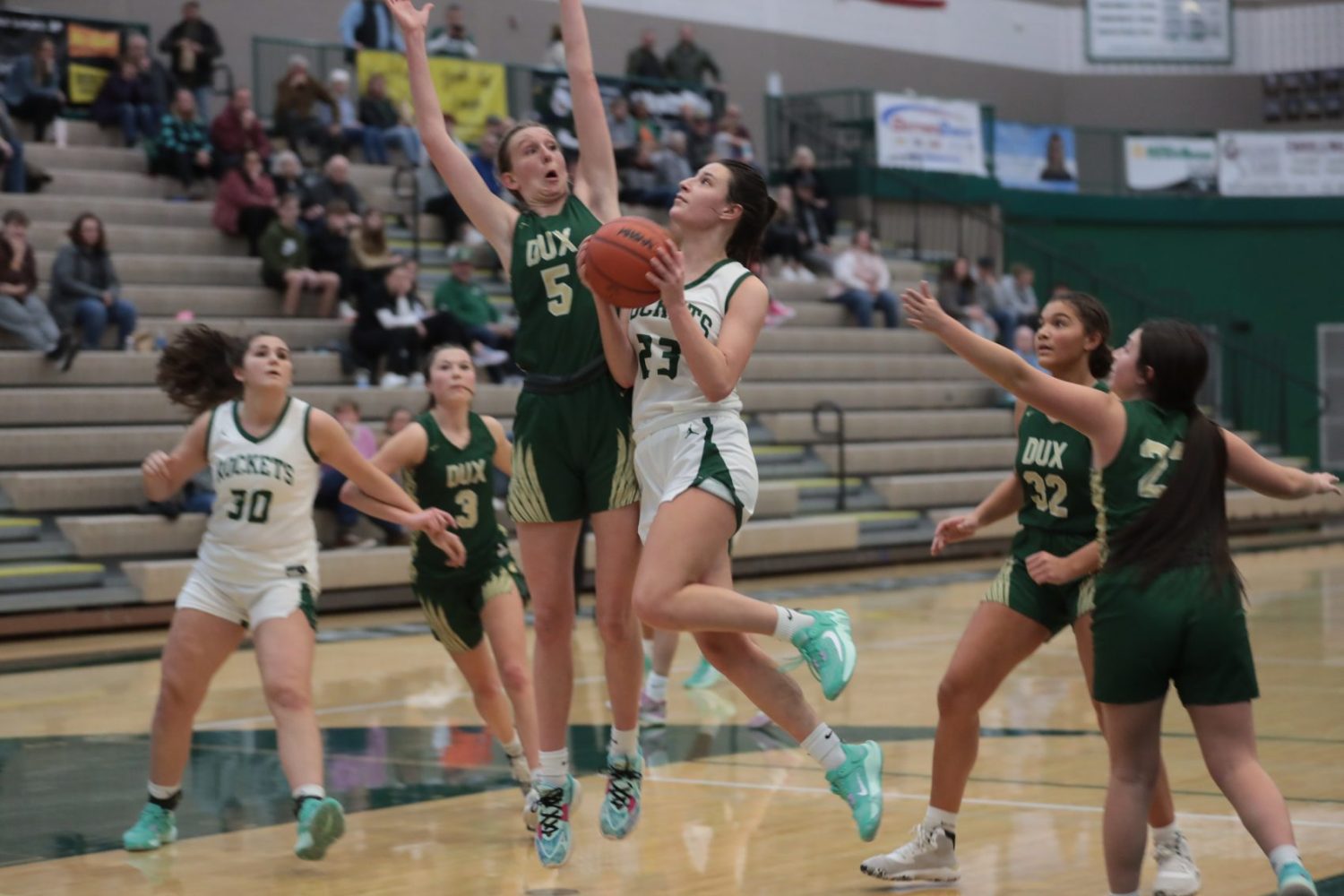 North Muskegon gets by Mason County Central 58-56 in overtime