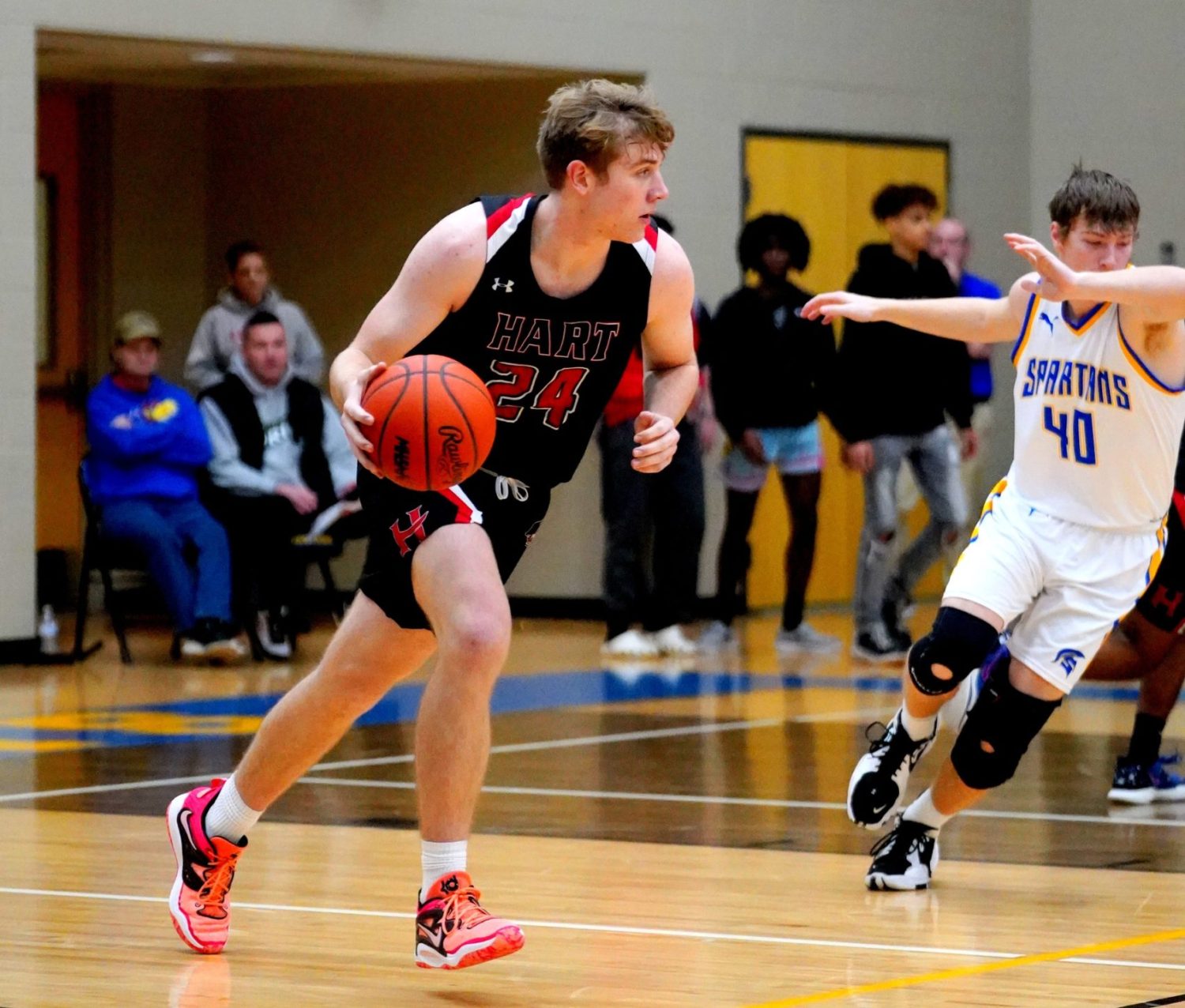 SCOTTVILLE — Round 1 in the battle between the two West Michigan Conference Rivers Division heavyweights went to the Hart Pirates on Thursday night in Scottville.

After racing out to a big lead against Mason County Central, the Pirates found themselves in the kind of tight contest expected in a game pitting a pair of undefeated teams against each other.
Hart moved out to a 17-point lead at the half, but the Spartans regrouped during the break and narrowed the gap to nine before the Pirates pulled away for a 71-50 victory.
The Pirates opened the game with a 15-2 run and dominated the first half, using excellent outside shooting and strong play inside the paint.
Despite their best efforts to keep pace, the Spartans couldn’t stem the tide and the Pirates were able to build a 24-11 first quarter lead to a 17-point bulge, 43-26 at the half with a 19-15 second quarter.
“They were keying on (Parker Hovey), and that allowed our other guys to shoot,” said Pirates head coach Nick Bronsema. “They haven’t necessarily shot well, especially in our last game at North Muskegon.
“For them to hit those shots, and they’re playing an undefeated team at their place with that pressure, it was pretty nice to see.”
The Spartans charged back, Kaiden Cole and Jack VanderHaag each contributing a 3-point bucket in a 12-0 run in the third quarter to knock a 21-point deficit, 47-26, down to just nine, 47-38.
Hart answered by scoring the final three points of the period, and went into the fourth quarter holding a 50-38 lead and outscored the Spartans, 21-12 over the final eight minutes.
Blake Weirich nailed four 3-point shots and scored a game-high 27 points for the Pirates. Hovey followed with 24, with a pair of triples, and Diego Escamilla added 14 with three 3-pointers.
“Hovey is a load, between Escamilla and Weirich, you can’t guard everything on the floor, and they were making you guard everything,” said Spartans head coach Tim Genson.
“It was just hard, just hard. We just have to get hungrier … we’ve got to get back to playing a little better ball. I think we’re capable of it. I think we’re capable of bouncing back.”
Will Chye led the Spartans with 13 points while Perrone nailed two 3-pointers and finished with 10 and VanderHaag added eight, including two 3-pointers.
Hart (9-0, 4-0 WMC Rivers) is next scheduled to host Hesperia in a conference game next Tuesday.
The Spartans (7-1, 3-1 WMC Rivers) is back on the hardwood again next Tuesday for a road game at Shelby for a WMC Rivers matchup with a resurgent Tigers squad.
Photos courtesy of LSJ Photographer Leo Valdez 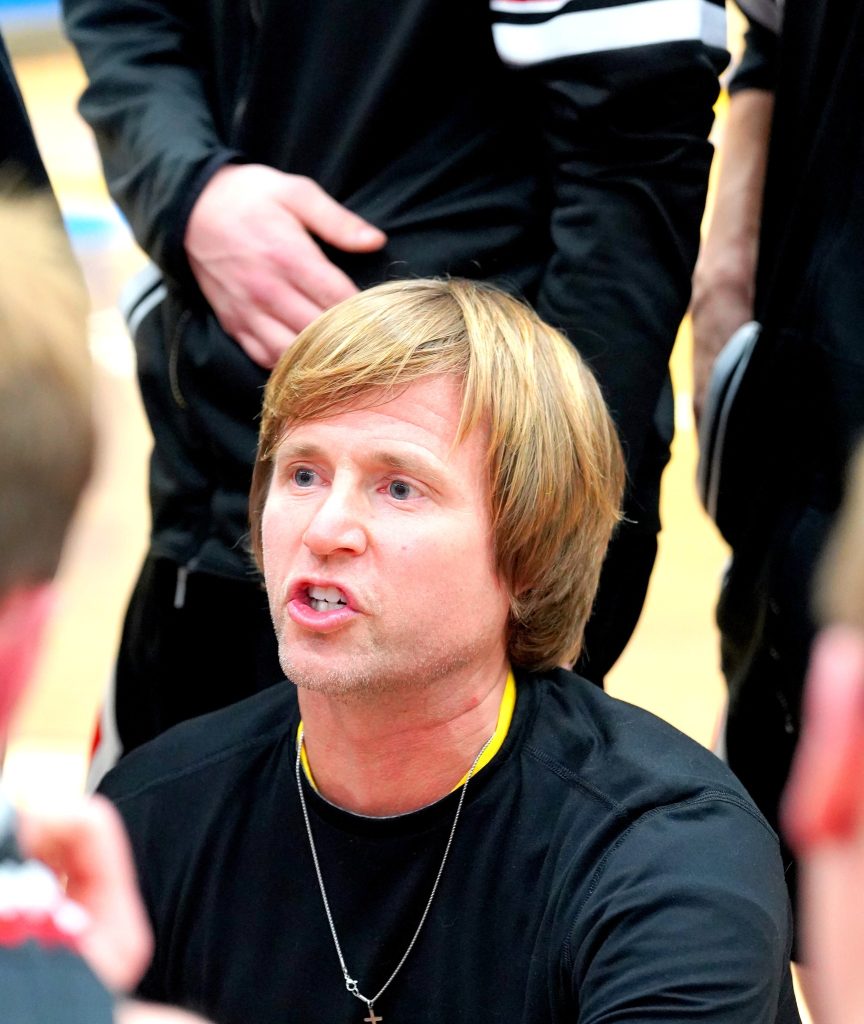 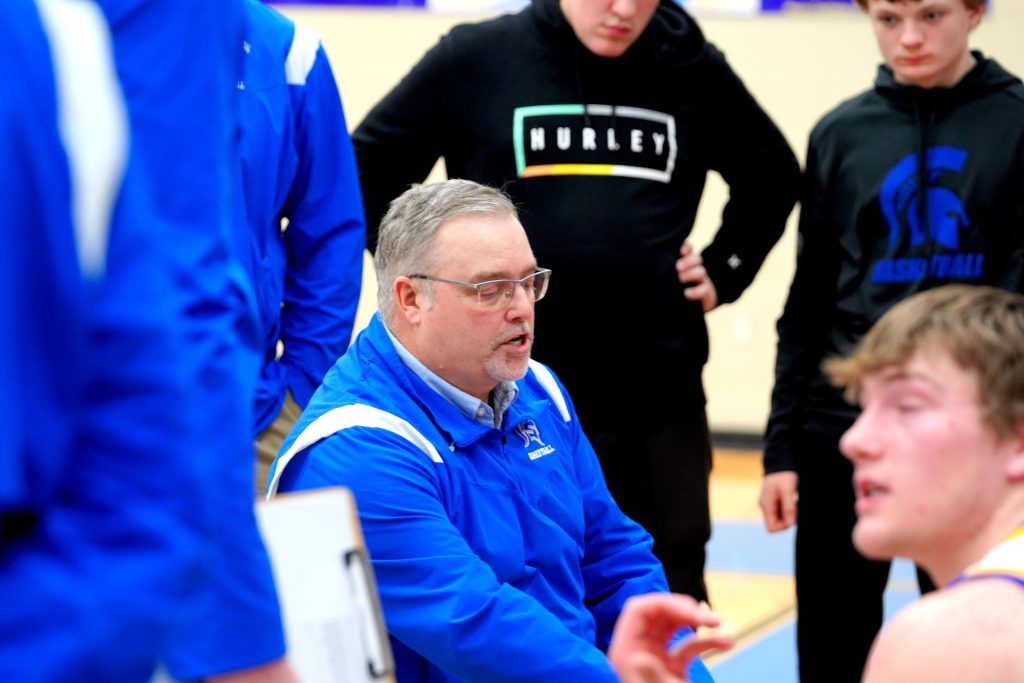 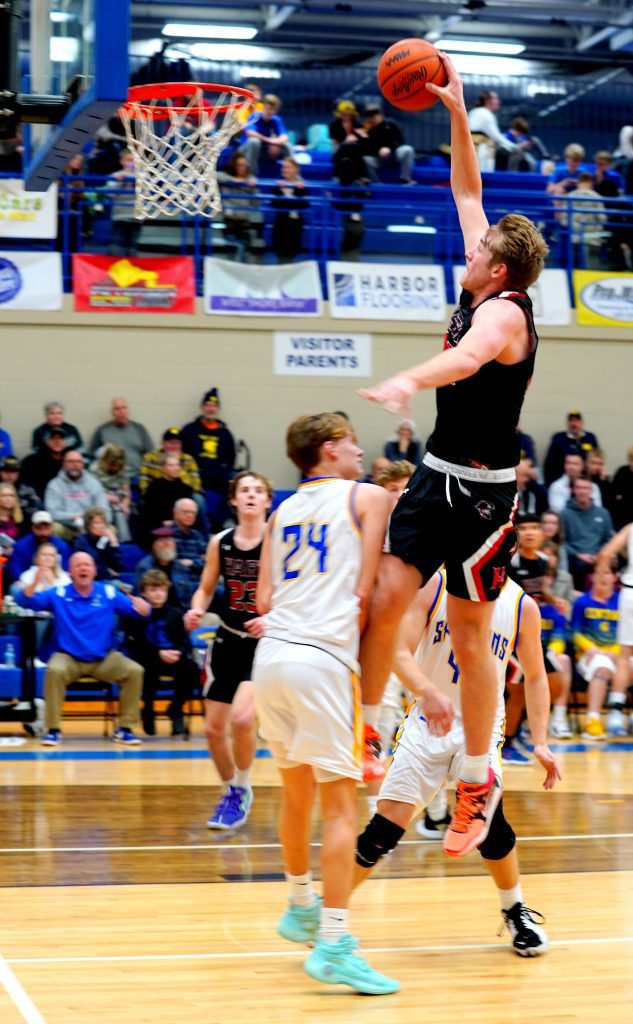 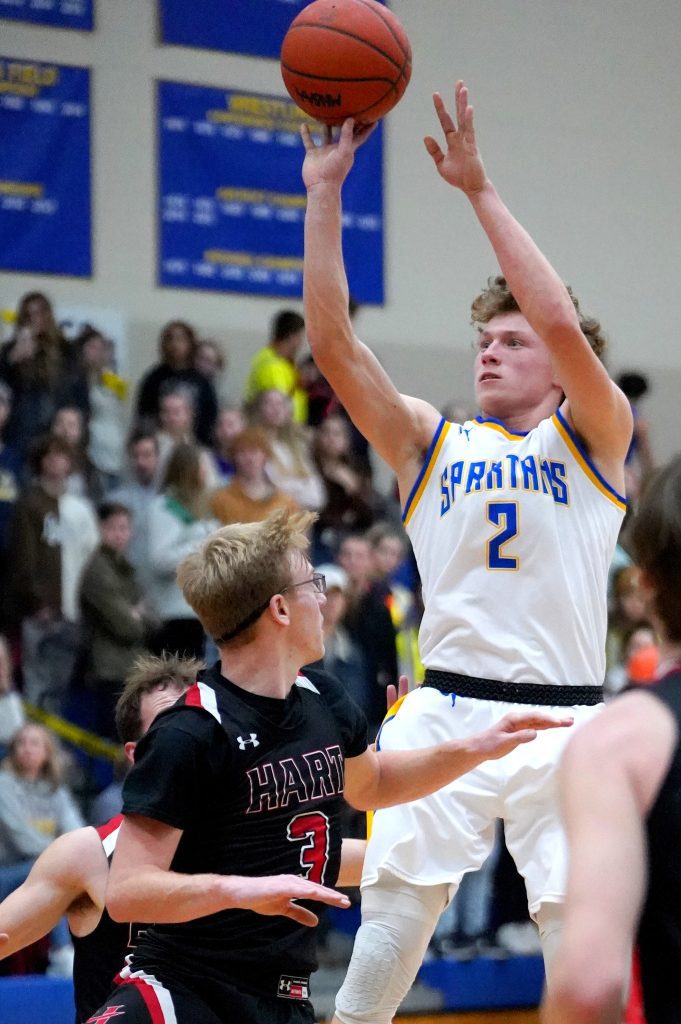 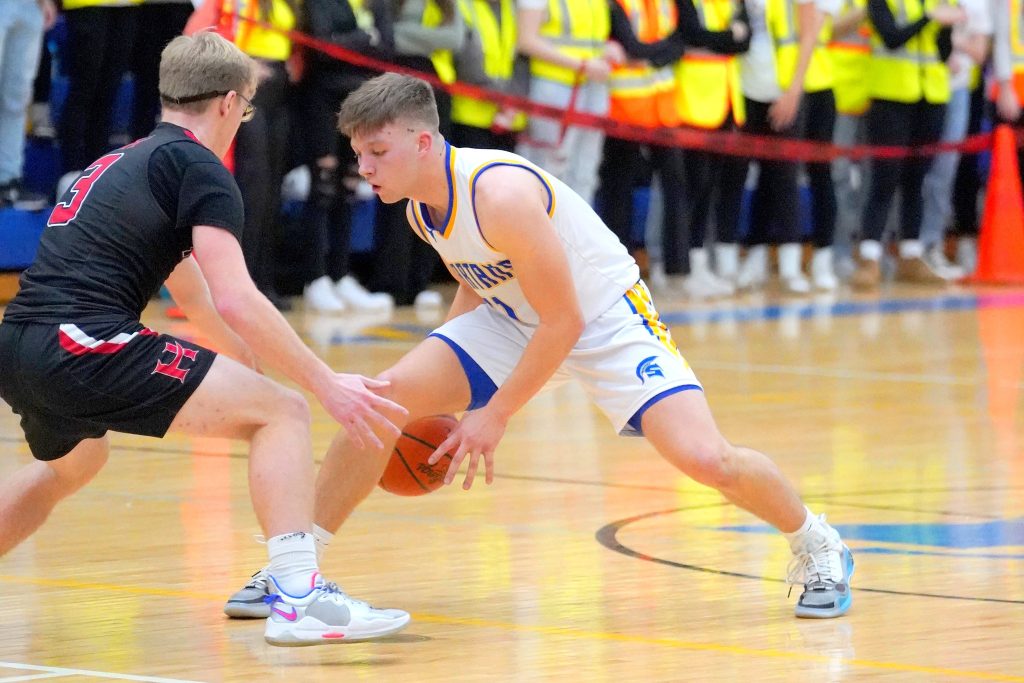