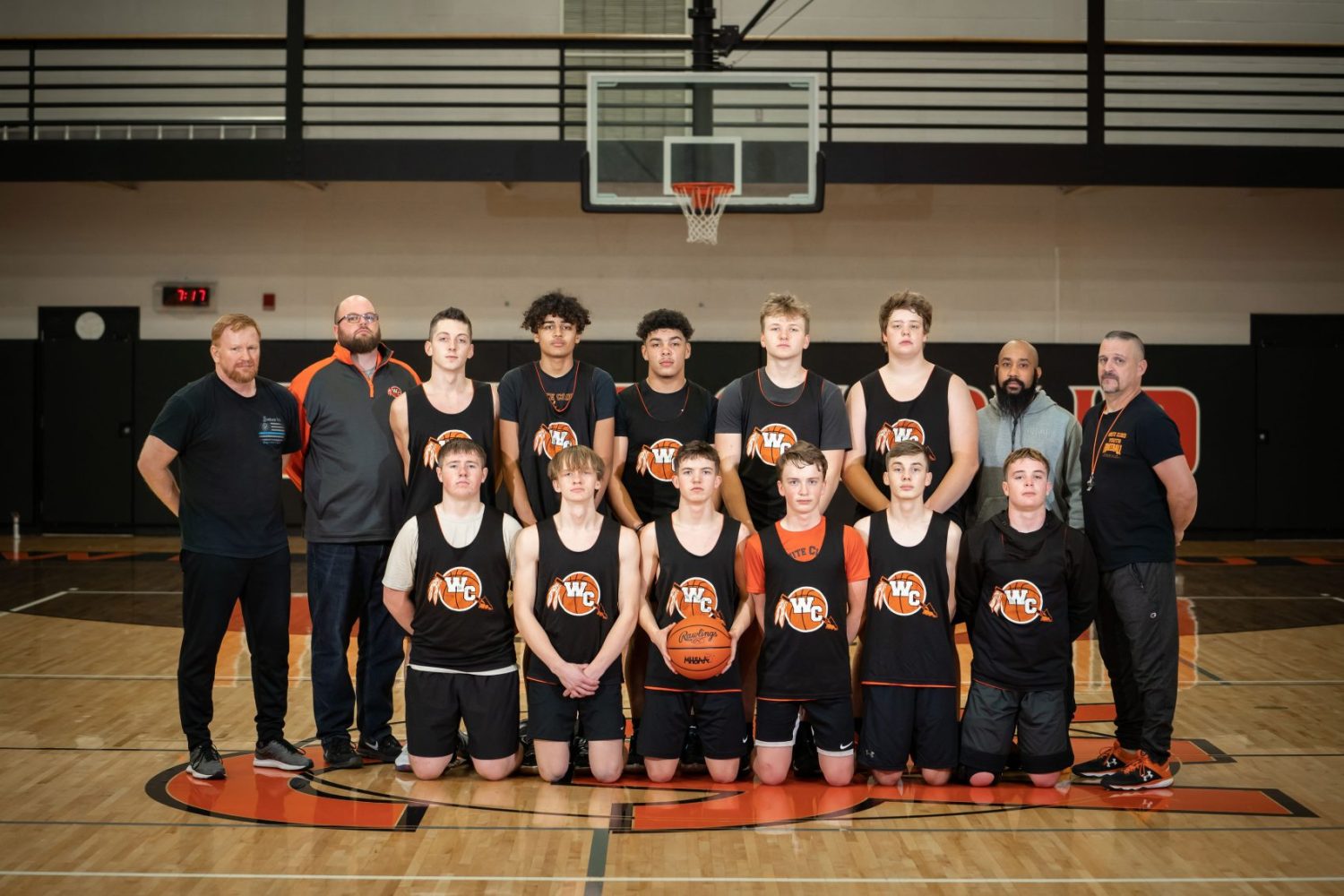 PENTWATER — Pentwater’s boys basketball team closed the gap to two late in the game, but White Cloud pulled away for a 59-50 non-conference victory at Pentwater Tuesday night.

The Falcons traded baskets with the Indians throughout the first quarter, with Trey Johnson and Will Werkema-Grondsma each scored seven points as the period ended in a 14-14 tie.
White Cloud slapped an intense half-court trap on the Falcons in the second quarter, but with a short five-point burst late took a five-point lead at the half.
Missed shots by the Falcons in the third quarter were turned into baskets by the Indians as they pulled back into a tie, thanks in large measure to the 3-point shooting of Kevin Straight. White Cloud led, 35-33 going into the fourth.
In a frenzied final three minutes, the Falcons fell five points behind the Indians but rallied to get within two before the final White Cloud burst.
Pentwater sent the Indians to the free throw line, where they finished 20-of-24 on the night.
“The coaching staff couldn’t be prouder of the kids,” said Pentwater head coach Ashley Lubera. “They continue to make great growth.”
White Cloud was led in scoring by Kevin Strait who poured in 30 points, while Jarad Watson chipped in 11 and Noah Robinson eight.
Mikey Carlson led the Falcons with 15 points and had eight rebounds. Werkema-Grondsma finished the game with 14 points, 12 rebounds, five steals, five assists and one block. Johnson added 12 points and two rebounds.
Pentwater (2-8) hosts Mason County Eastern to resume action in the West Michigan D League on Thursday.
White Cloud (5-4) travels to Chippewa Hills on Friday night for a Central State Activities Association contest.