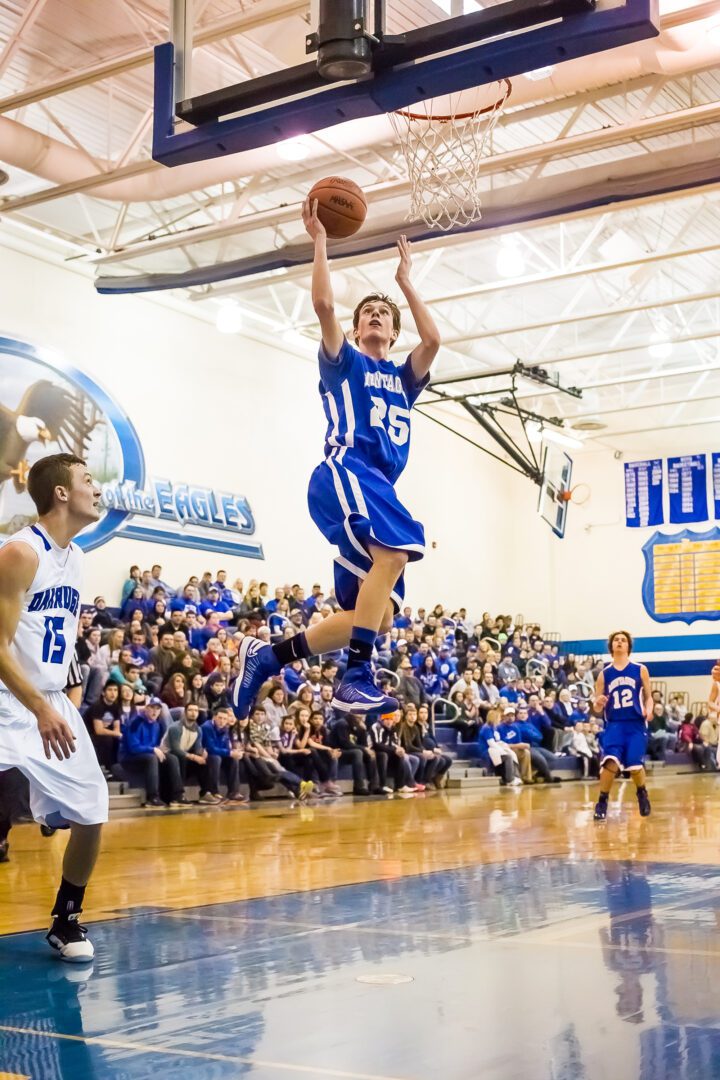 Local Sports Journal photographer Tim Reilly was at Oakridge on Friday night to catch the action between the Eagles and the visiting Montague  Wildcats. 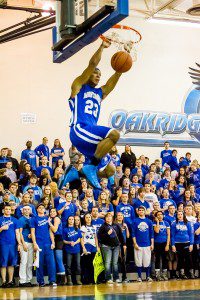 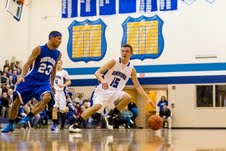 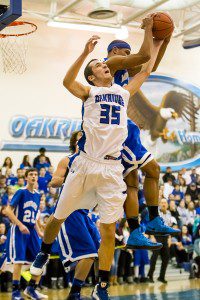 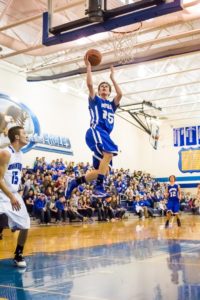 Montague’s Luke VanBoxel soars in for two of his 18 points during Friday’s game at Oakridge. Photo/Tim Reilly 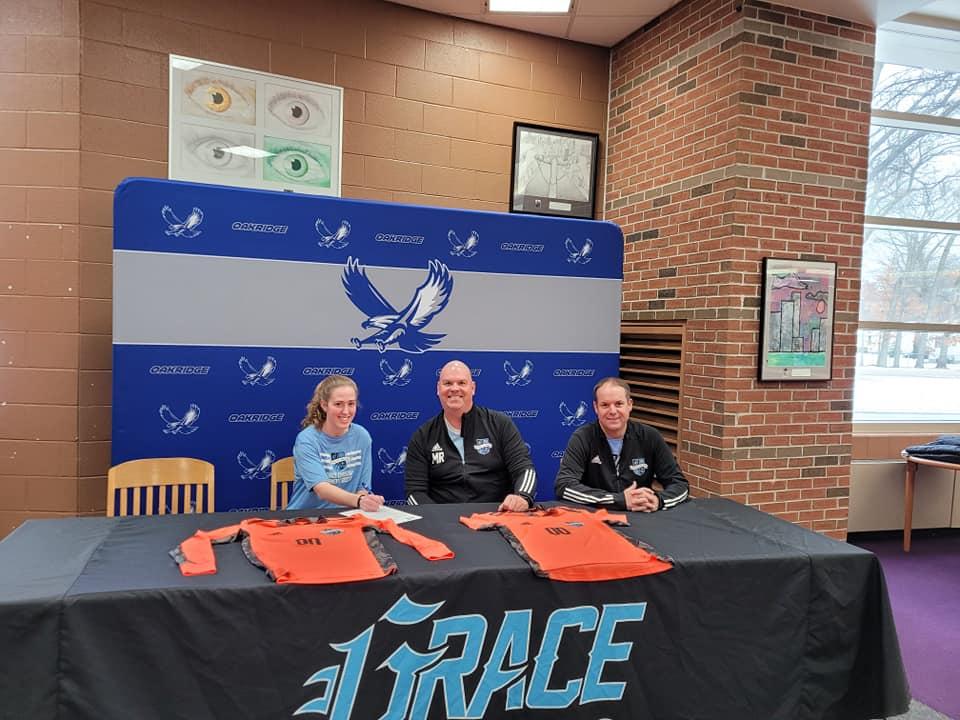