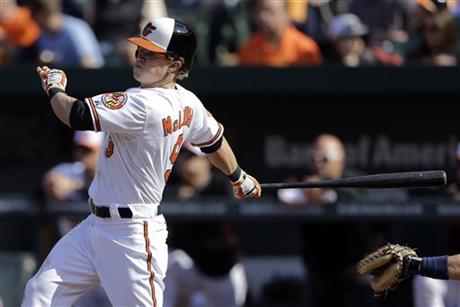 Nate McLouth added a career first to his Major League resume. The Whitehall native hit his first ever grand slam in Baltimore’s 11-8 win over Seattle on Friday.

Batting 2-for-5 with two runs and four RBI in the win, McLouth improved his batting average to .287 and now has seven home runs on the season. He also has 23 RBI for Baltimore this year.

The Orioles improve their record to 61-49, but are 4.5 games behind Boston in the AL East.

McLouth also had a solid night in Baltimore’s 6-3 win over Houston on Thursday. The leadoff hitter had a pair of hits, two RBI and scored a run.