Oakridge prepares for anything against Millington in regional title game

MUSKEGON – When the Oakridge Eagle defense takes the field Saturday to face Millington for a Div. 5 regional crown, it’ll have to do it prepared to face just about anything. 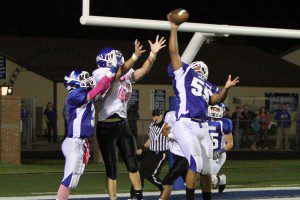 Oakridge’s Caleb Cook defendss against the pass earlier this season versus Ravenna. The Eagle defense will be tested Saturday versus Millington. (Photo/Jeff Peterson)

From the Cardinals’ base I-formation offensive set, to the power-I, a three-back set, and a heavy set with an extra blocker.

And don’t forget, the Cardinals run out of a spread look as well.

The Millionton (9-2) offense throws a lot at you, said Oakridge head coach Cary Harger, so your defense better be sharp or it could be a long day.

“It’s a challenge to boil everything down to a few simple rules,” said Harger, whose team stands at 10-1. “Our defensive coordinator, Tim Parker, has done a great job of getting the kids ready for anything. We’re prepared if they do what we’ve seen (on film), or if they decide to throw something new at us. We want to be ready either way”

The Cardinals’ offense is led by running and throwing threat Caleb Wascher – who has passed for 17 scores and over 900 yards, while piling up 700 more yards on the ground –  and running back Chase Maxon, who has run for over 500 yards in just four games.

Millington also mixes it up on defense, shifting between a tight 6-2 look, a 5-3 look, and a reduced 5-2 set when the Eagles come out with three-or-more receivers. 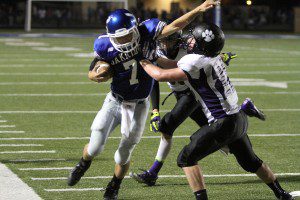 game. Led by senior quarterback Austin Wright, a dual threat himself, along with running backs Jerick Wambaugh and James Abriatis, the Eagles too are no strangers to sporting several different looks across a single game or possession.

Eagle wide outs Dom Greenawald and Alex Torrenga are always one throw and catch away from a score.

Eleven games into the season, Harger is reaffirming the promise the team made to itself last spring.

“They put their goals in place earlier in the year,” said Harger, “and now they have to do what they said they wanted to do. The stakes are higher now, and this team knows it.”

While offensive sets and game planning for the Cardinals surely has been important to the Eagles, Harger said the margin of error is razor thin. That means even the littlest things matter.

“I’m telling them, ‘Get a good night’s sleep,’” he relayed. “Make sure you’re hydrating now, and make sure you’re eating right. It’s easy to lose focus on all the things we did to get this far, so it’s important to remind them.” 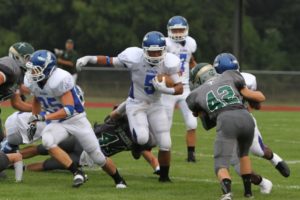 Jame Abriatis goes up the against Grand Rapids West Catholic in the season opener. Abriatis and Jerrick Wambaugh, along with QB Austin Wright, will be counted on to move the Eagle offense. Photo/Jeff Peterson

The Saturday 1 p.m. start time also is something to prepare for, although hosting a home game for the regional title is about as good as it gets for any team.

“You have to wake up and go play instead of being in school all day,” said Harger. “There’ll be light for the entire game. These little changes could have an effect. But like I said last week, even if we have to play on the moon, we’d still have to play football. At least it’s here on our field. That much we know.”

Along with remaining adaptable to the Cardinal scheme, the Eagles must eliminate mistakes, including holding on to the football, said Harger, if they hope to advance.

Oh, and Oakridge will need to play like they want it more.

“We’ll need to come out playing with enough emotion to win a regional title,” said Harger. “At this point, no one is giving you anything. We’ll have to  earn each win.” 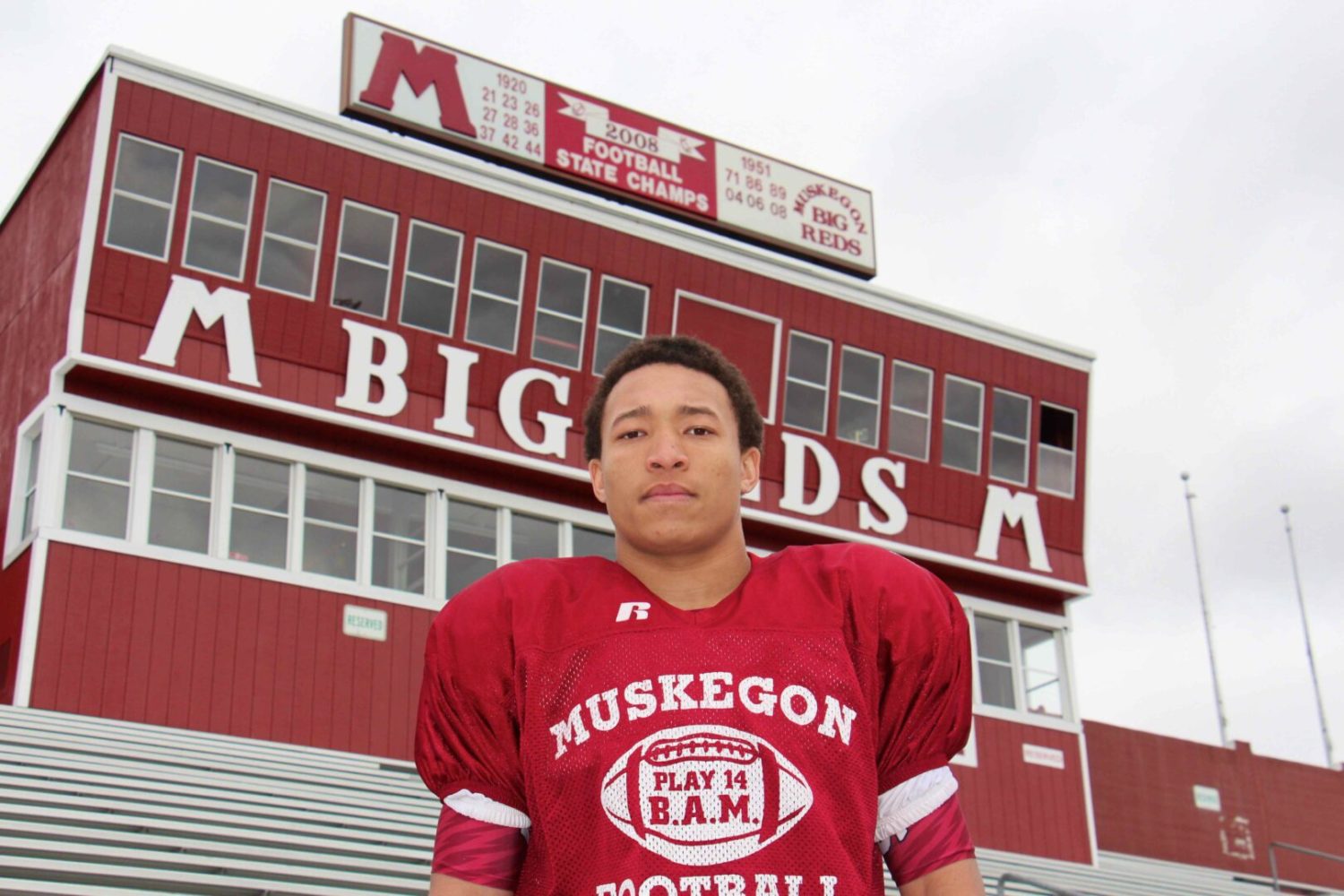