Mustangs race to a 50-0 victory, Stephon Betts watches from the stands after suffering a heart attack last week 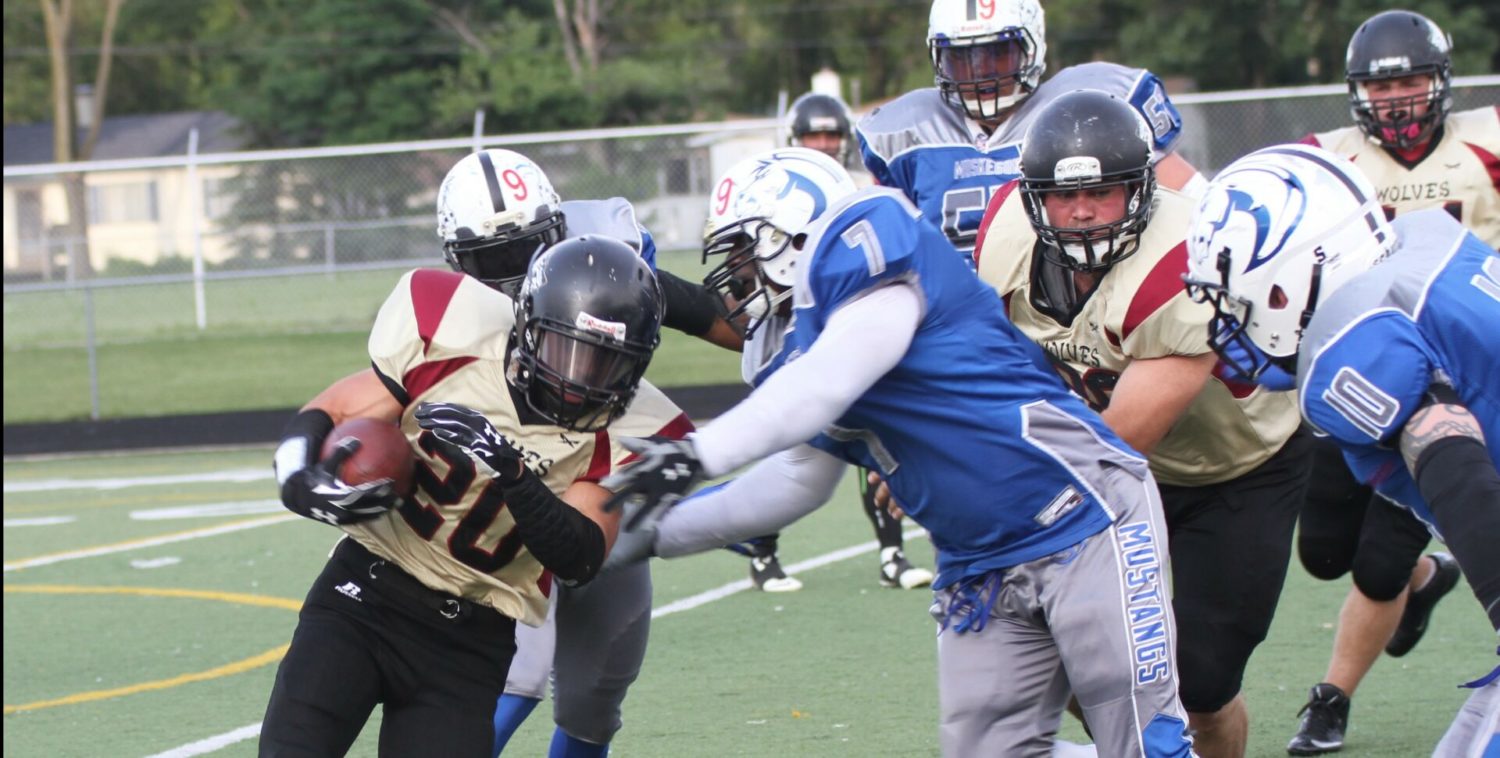 MUSKEGON – The Muskegon Mustangs rolled to a 50-0 victory against the Traverse City Wolves on Saturday to improve to 5-0 on the season.

The night’s most important player never played a down, but his brother stepped in and scored a pair of important touchdowns.

Stephon Betts, a starting linebacker for the Mustangs, suffered a heart attack following last week’s victory over the Lake Michigan Havoc. Betts complained of chest pain and shortness of breath at halftime, and was later rushed the Spectrum Health in Grand Rapids. 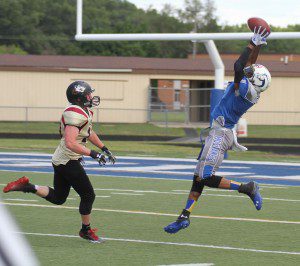 Luckily he was okay, and surprised his teammates by showing up for the game on Saturday at Oakridge High School.

The team had already dedicated the game to him, and sold shirts with his name and number on the back, with the proceeds going to his family.

“I’m amazed at what a miracle it is,” said Mustangs Coach Brad Haney. “On Monday when I was up there with him it wasn’t looking so good and come Friday he’s being sent home. It’s just amazing how God works. We played with a heavy heart. It was an excellent night to watch everybody embrace Stephon.”

Stephon Betts was all smiles in the stands during the game, rarely finding himself without a conversation partner or well-wisher.

“It proves what type of guy (Betts) is,” Haney said. “He’s a great guy and the community showed him love.I appreciate the community for doing that for him.”

While Betts was obviously sidelined for the contest, his number 9 jersey still took the field. That’s because his younger brother, Johndrieus Betts, signed with the Mustangs on Thursday, donned his brother’s number and scored a pair of rushing touchdowns. 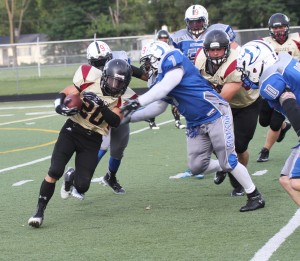 “It’s a great honor to step into my brother’s shoes and show everyone what I can do,” said Johndrieus Betts, whose first touchdown was the first of the game for Muskegon. “My brother loves this sport.”

The Mustangs were impressive in their latest win on both sides of the ball.

Quarterback Aaron James had his best passing game of the season, completing 8 of 12 throws for 157 yards and four touchdowns.

Jamarcus Martin, John Ross, DeMonte Collins and Dave Fox all hauled in scoring catches for Muskegon. Collins added another touchdown on a punt return and rushed in a two-point conversion followed a botched snap.

The Muskegon defense, which has been improving each week, turned in its first shutout of the season. 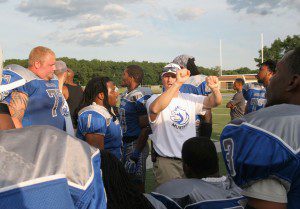 “We’ve been just one step away,” said Mustangs linebacker Rolando Oakes following the game. “We brought it all together and played as a whole. It was an emotional game and we were ready for the test.”

The Mustangs next play on July 11 with an away game against the Michigan Lions.

Nineteen local champions, dozens of other prep wrestlers, qualify for regionals on Saturday 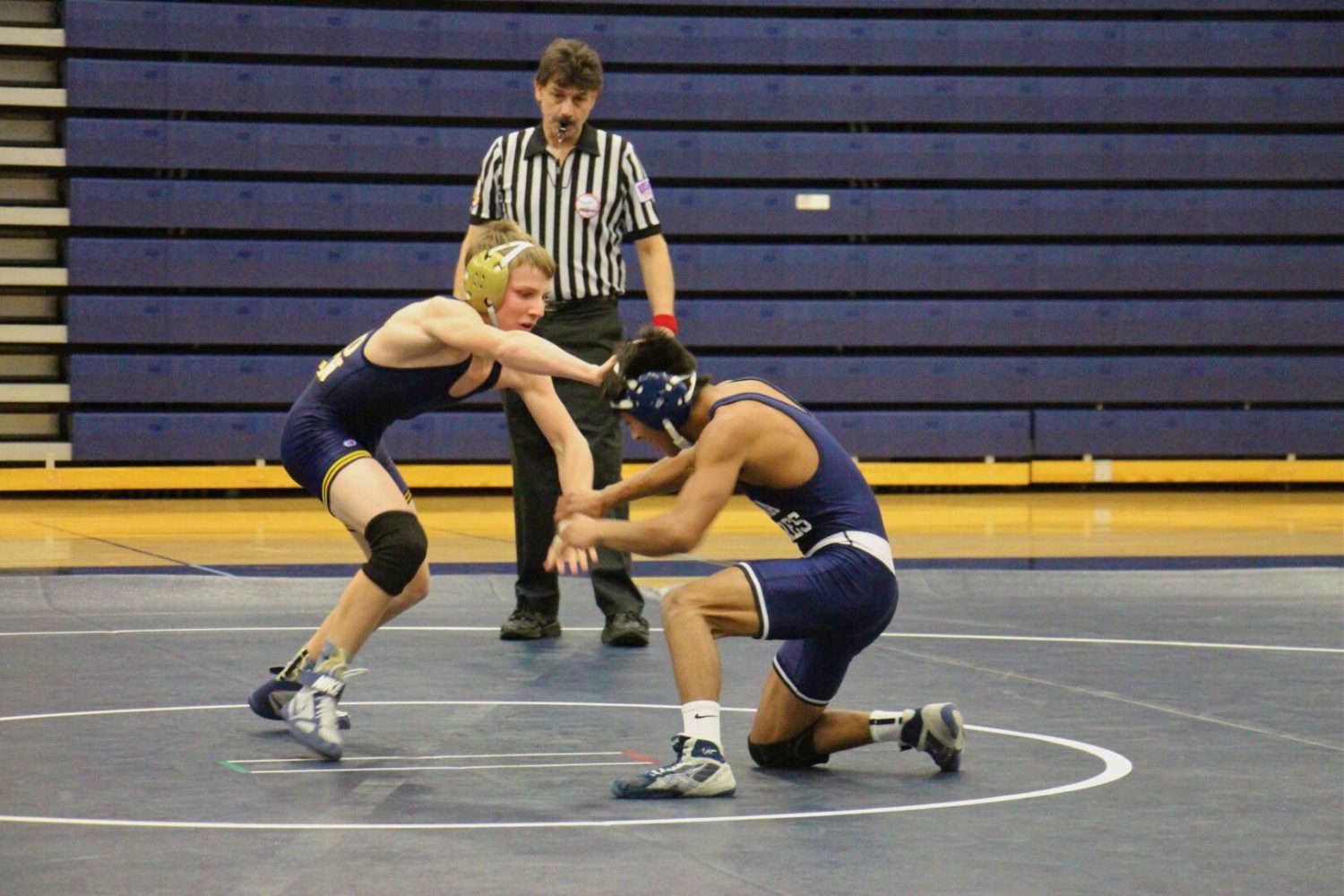