COMSTOCK PARK – In sports, it isn’t always about how you start, but how you finish.

The West Michigan Whitecaps are a prime example.

After a slow start to the season, West Michigan is currently in the middle of the first-half pennant race in the Midwest League’s Eastern Division.

The Whitecaps started the season 2-4 and were 22-19 as recently as May 23.  Then they embarked on a 10-game winning streak between May 24 and June 3, putting them in the thick of the race.

West Michigan is currently 35-23 following Friday’s victory over Lansing, one game behind first-place South Bend, a half-game ahead of third-place Lake County, and 2 ½ games ahead of fourth-place Fort Wayne with nine games to play in the first half schedule.

The Whitecaps will qualify for the postseason playoffs in September by finishing first or second in the division in the first half. The same rules apply for the second half of the season, which begins after the June 21 league All-Star game.

The slow start and impressive recovery are similar to last season, when the Whitecaps went on win the Midwest League championship.

“We’re all close right now and it shows that we have a competitive league,” Whitecaps Manager Andrew Graham told LocalSportsJournal.com. “It is what it is and we have to hope that the teams ahead of us lose some and we win.”

Graham said he believes the difference in his ball club in recent weeks is improved pitching and defense. 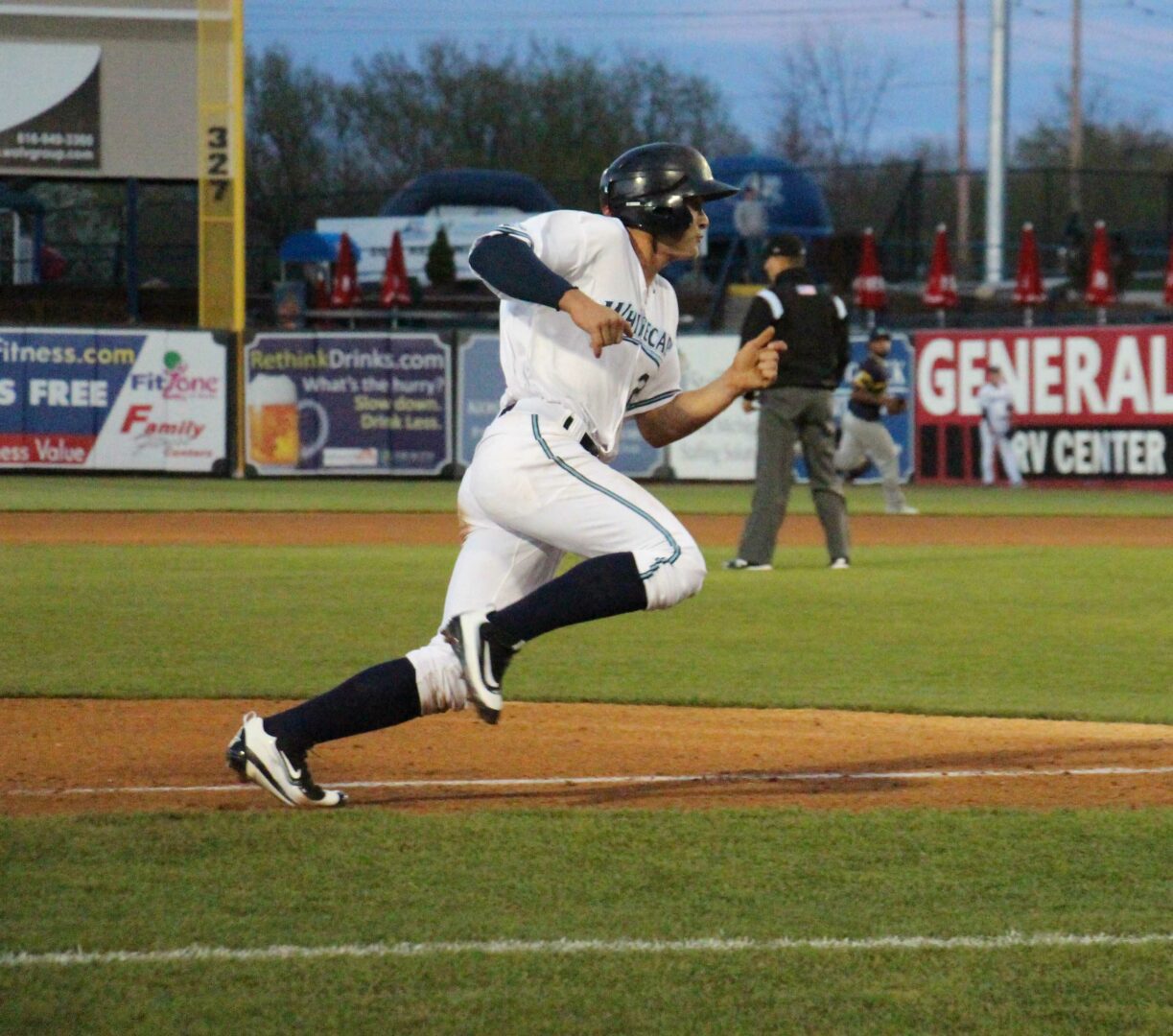 Cam Gibson rounds third base to score his second run of the night for the Whitecaps on May 2. Photo/Jason Goorman

“Our defense is solid and our starting pitching has really picked up and gone deep into games,” Graham said. “Normally by the time our starter comes out we’ve had a lead and been able to hold on to it with our bullpen.”

While other managers dread slow starts to the season, Graham said that overall he wasn’t worried about the early losses.

“It’s one of those things that when these guys buy into being a professional baseball player and get used to the day in and day out routine of a long season, we start to click,” he said. “It happened last year as well, with a cold start, but we were able to stay at .500 this year (during the slow period), where I wanted to be. Then we caught a stride where we won 10 games in a row and it put us back in the chase.”

While several faces are the same from the 2015 championship Whitecaps team, Graham said this year’s team is significantly different.

“I think it’s two completely different teams actually,” he said. “Our starting pitching seems to be more consistent this year even though we had some big names last year. We didn’t have as much speed in the outfield last year, and we had some older guys last year who weren’t raw or completely green in minor league baseball.”

Offensively, Will Maddox leads the team with a .340 average while Will Allen is the top run producer with 37 RBIs.

Matt Hall leads the starting pitching staff with a 7-0 record, a 0.65 ERA and 63 strikeouts. Reliever Gerson Moreno has 10 saves on the year while only giving up three earned runs.

Graham and his coaching staff will be in charge of the Eastern Division All-Star team.

After the last two games of the home series against Lansing this weekend, West Michigan will finish the first half on the road with a three-game series in Fort Wayne and a four-game series in Lansing.

Hesperia fades in second half, falls to 2-5 with loss to Morley Stanwood