The two squads combined for just 10 wins in 2015-16, but each team is improved this year and off to better starts.

Heights entered Friday night’s game against MCC with three victories in the young season, while MCC had two. That led to expectations for a close, competitive contest. 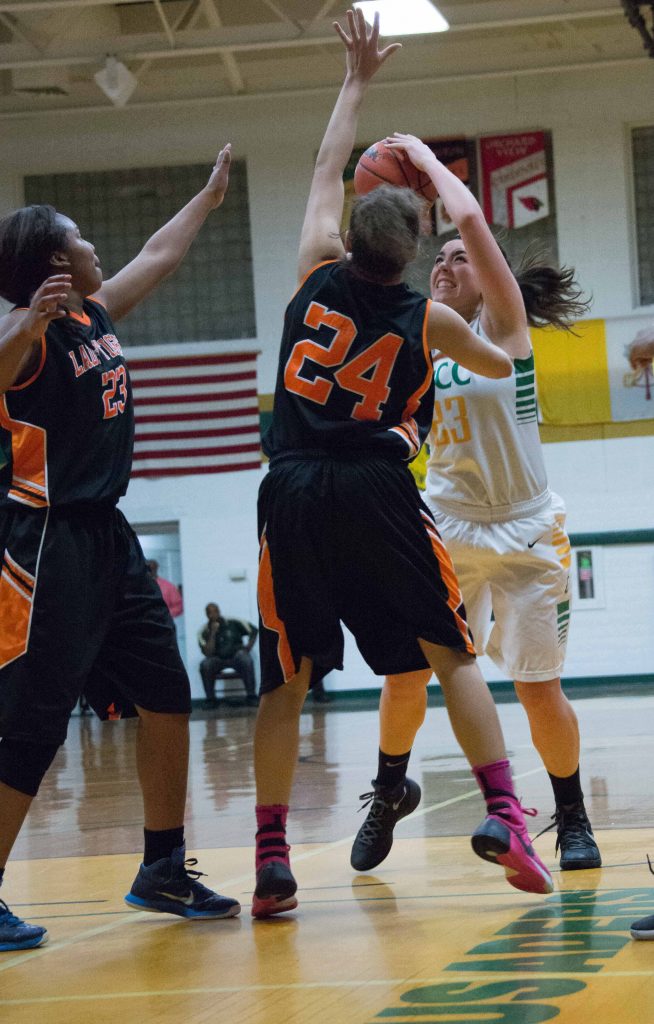 Emily Rauch goes up for the shot in the lane against Muskegon Heights defenders No. 24 Juleanunna Clark and Jakayla Anderson. Photo/Marc Hoeksema

And that was the case for three quarters, but MCC’s Talia Tyler and Hannah Ladd got hot down the stretch, allowing the Crusaders to pull away for a 60-47 victory over the Tigers in Lakes 8 Conference action.

Muskegon Catholic improved to 3-2 overall and 1-1 in conference play.

“We thought it would be a physical game,” said MCC Coach Matt Callow. “For sure in the first half it really lived up to that. In the second half it kind of settled in.

“I thought our girls were much more composed in the second half handling the (defensive) pressure, That’s not the type of pressure we see every day, but we did a better job of handling it.”

Tyler, a junior, got off to a hot start for MCC, scoring 13 of her 27 points in the first quarter, helping the Crusaders grab a 15-12 lead at the first buzzer.

Muskegon Heights’ Danasia Day also came out with a hot hand, scoring eight of her game-high 29 points in the opening quarter to keep the game close.

The Tigers outscored the Crusaders 14-10 in the second quarter and clung to a 26-25 lead at halftime.

Muskegon Heights came out of the break with an 8-2 run to take a 34-27 lead midway through the third quarter, but MCC was far from finished.

The Crusaders went on a 12-4 run in the final 3:08 of the third, capped by an Isabelle Bertolone jumper that beat the buzzer and put Catholic up 39-38 heading into the fourth quarter.

That buzzer-beater propelled the Crusaders toward a big fourth quarter, when they outscored the Tigers 21-9 to seal the victory. MCC held Muskegon Heights scoreless for more than five minutes in the final quarter.

Tyler led the final outburst with nine points in the fourth quarter while Ladd, a sophomore, scored eight of her 12 points down the stretch.

“Composure was the big thing,” Callow said about his team’s strong play in the final minutes of the game. “They were composed and that was leading to easy baskets, and then some more difficult shots started to fall and it just builds on itself.” 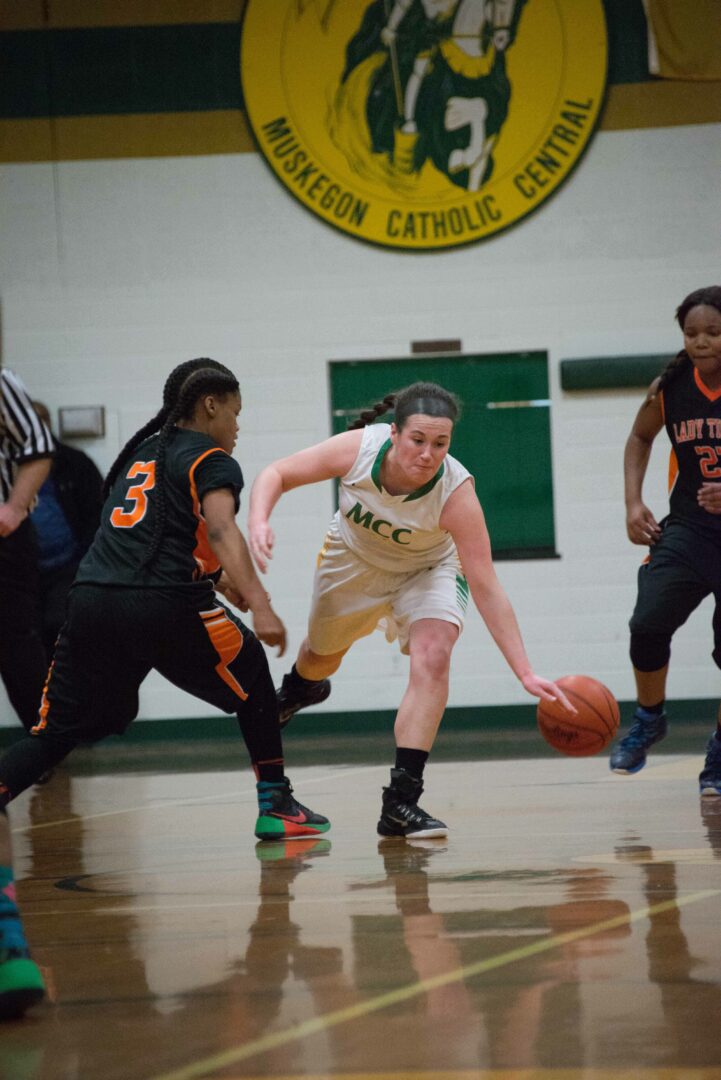 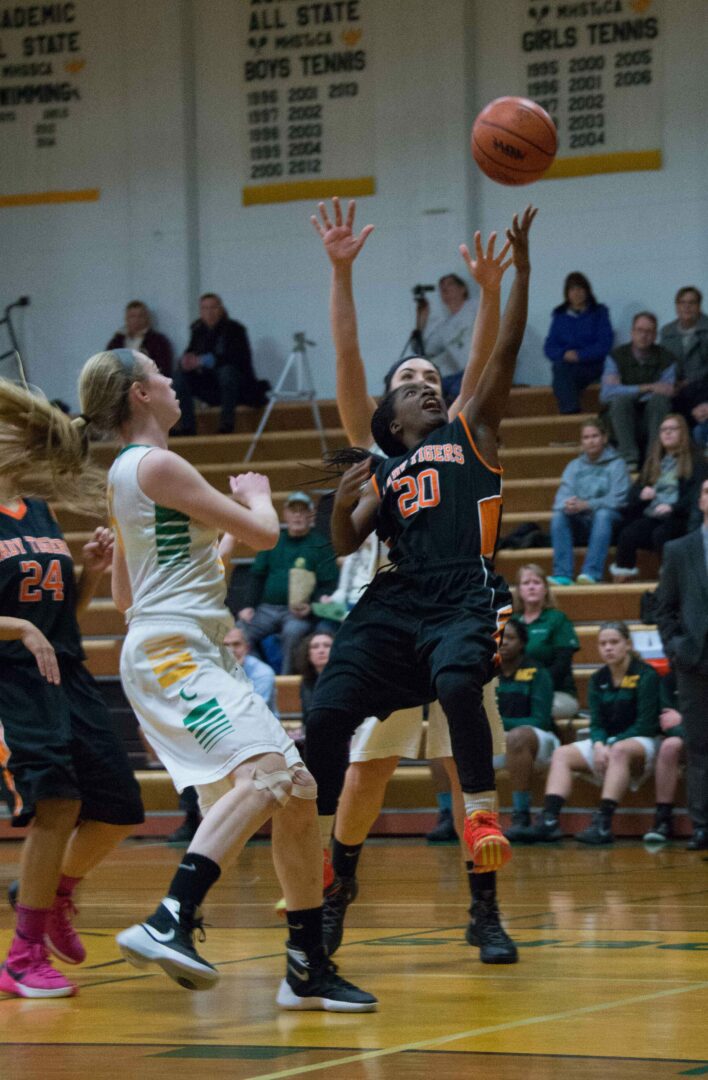 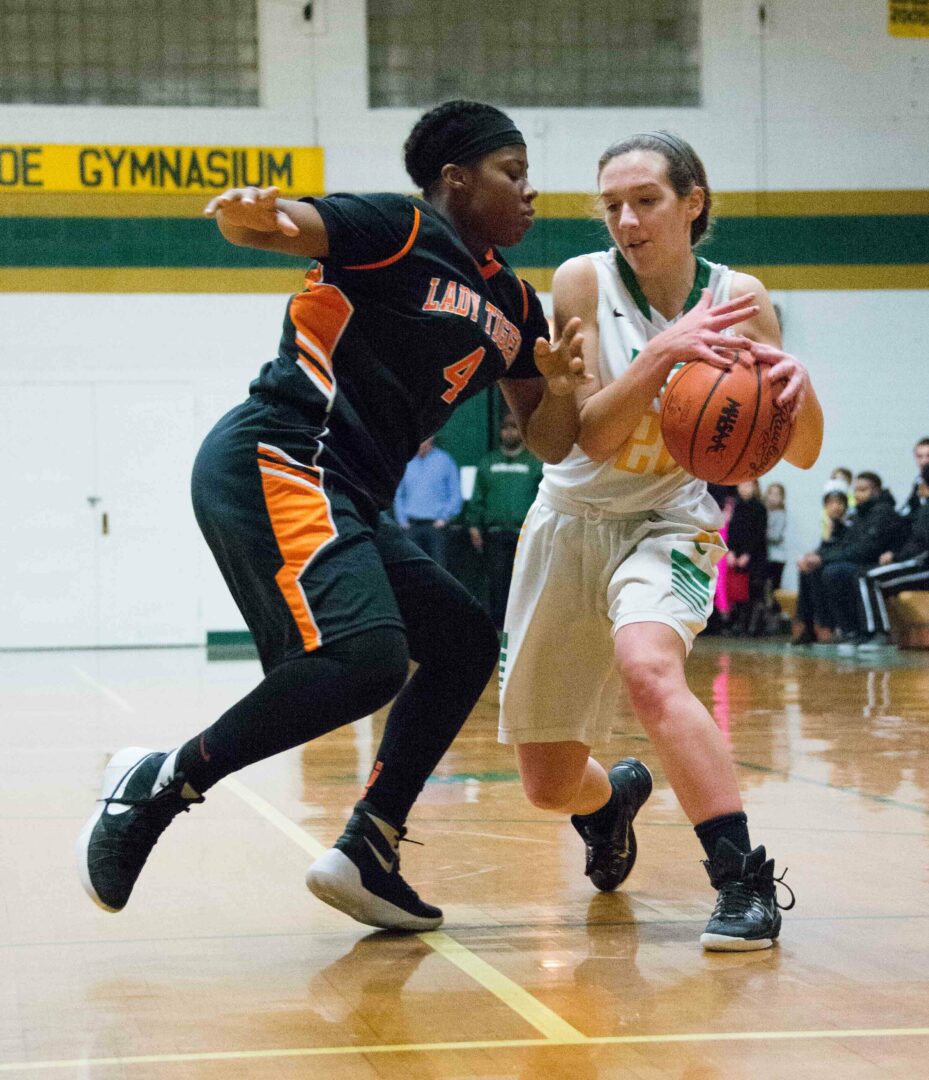 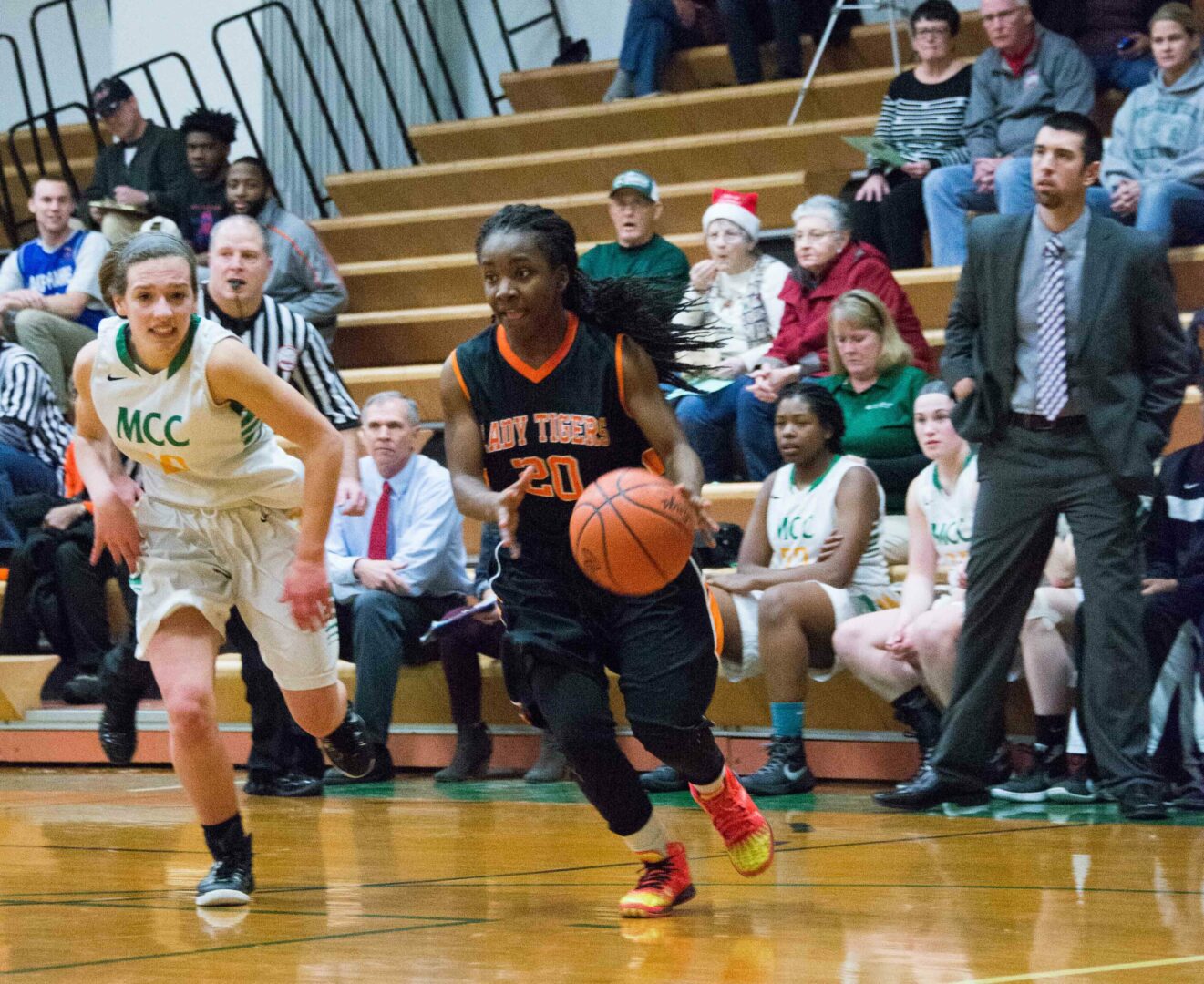 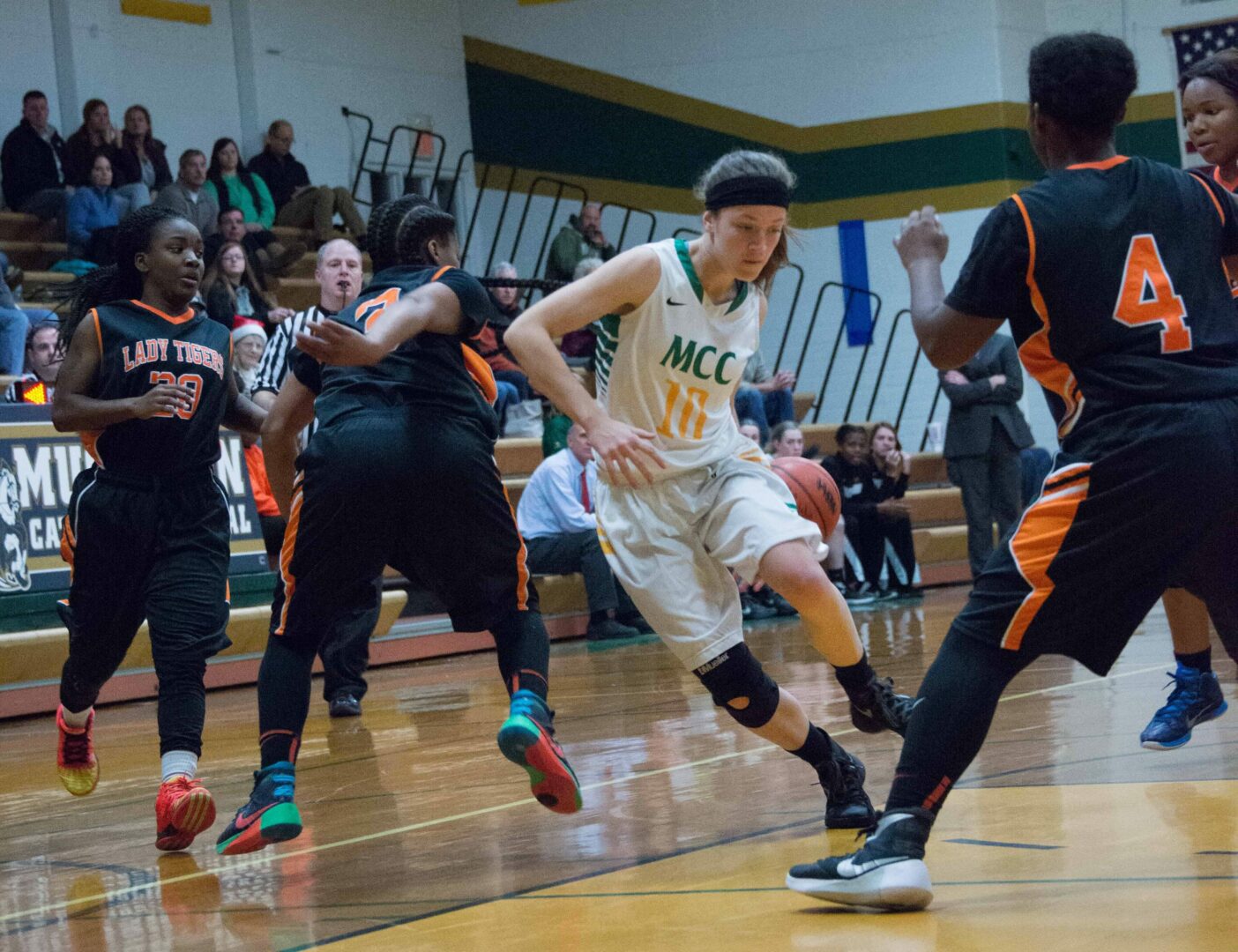 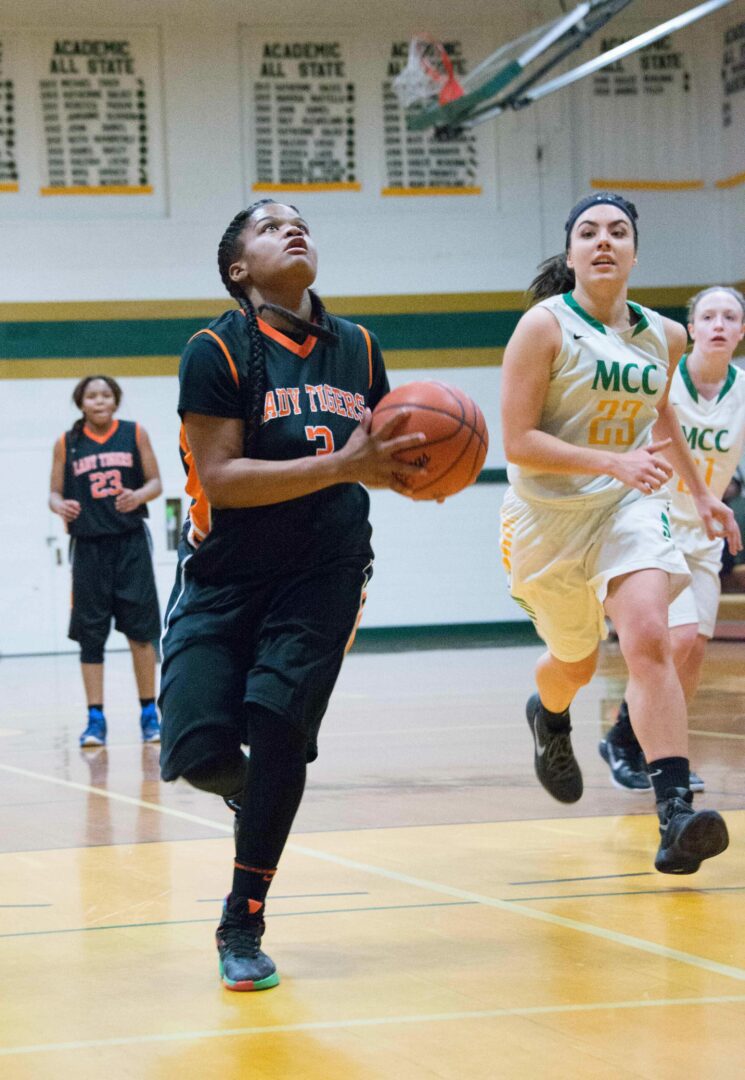 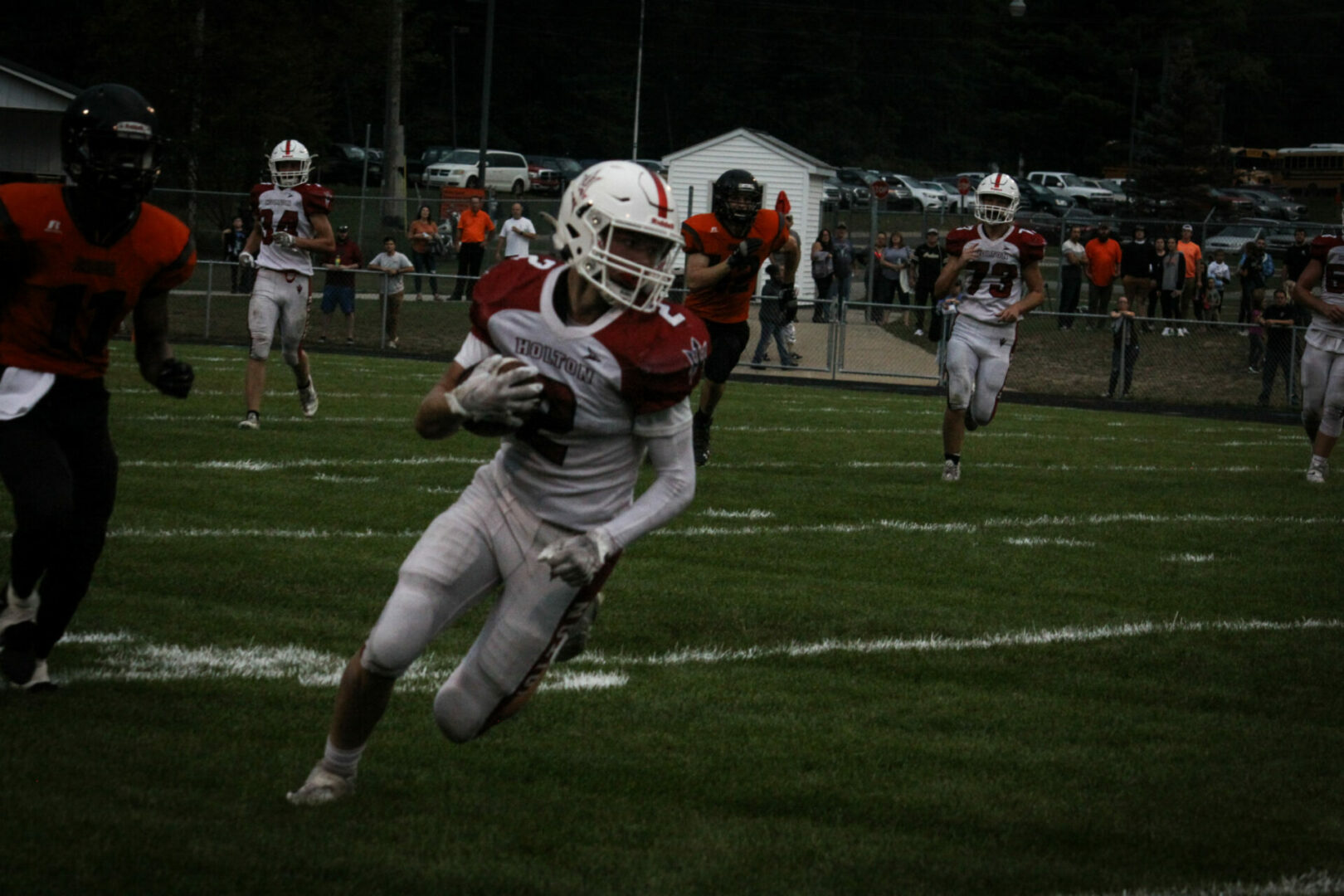