The Orioles ended their regular season with a 16-4 overall record and 10-0 in league play. Ludington has its sights set on Benzie Central for Monday’s Class B district game.

Friday’s game was tied 11-11 after the first quarter before Ludington grabbed a 20-17 advantage at halftime.

The Orioles outscored MCC by a 29-20 margin during the second half to seal the victory.

The Crusaders were paced by Talia Taylor with 15 points while Isabelle Bertolone added seven. 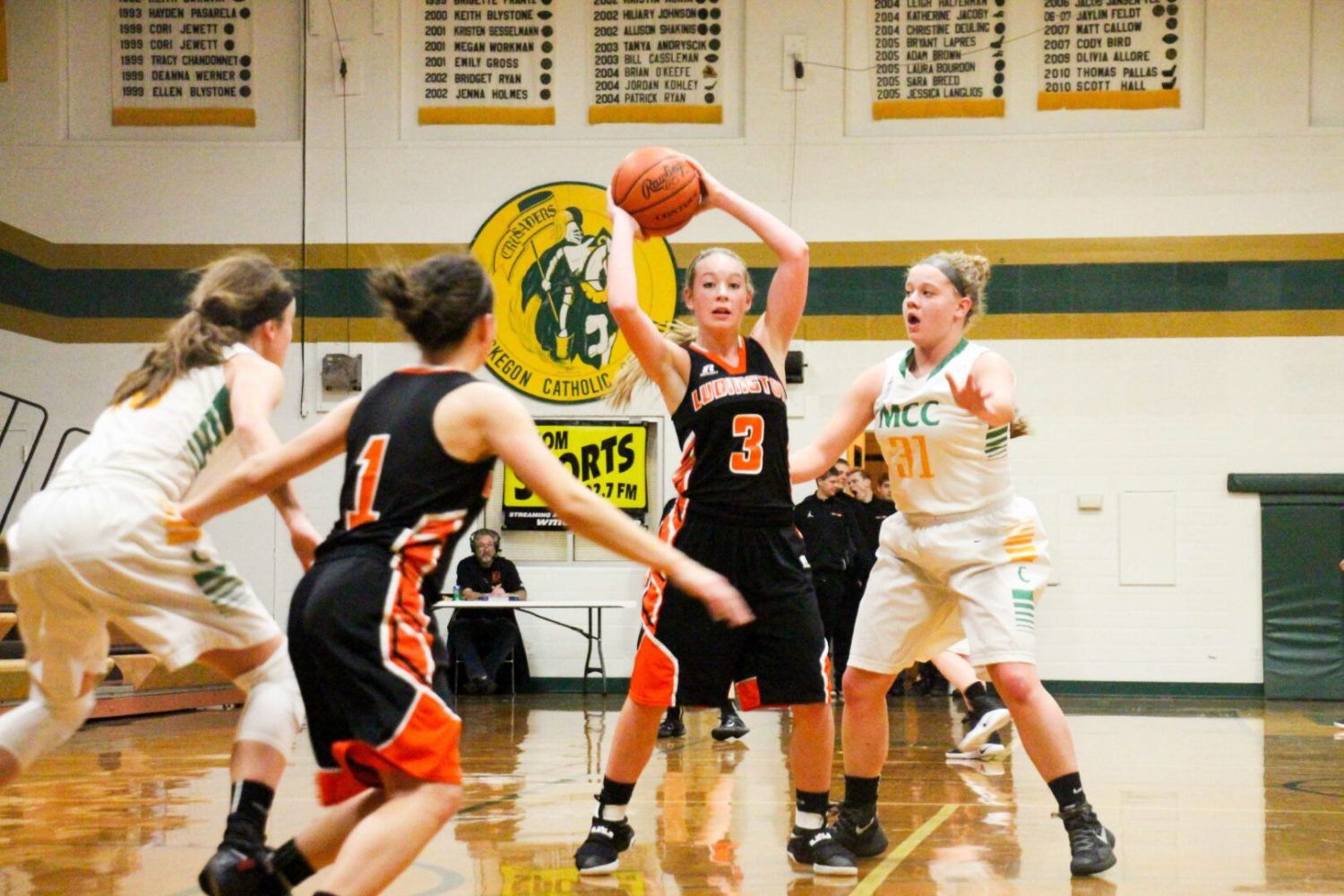 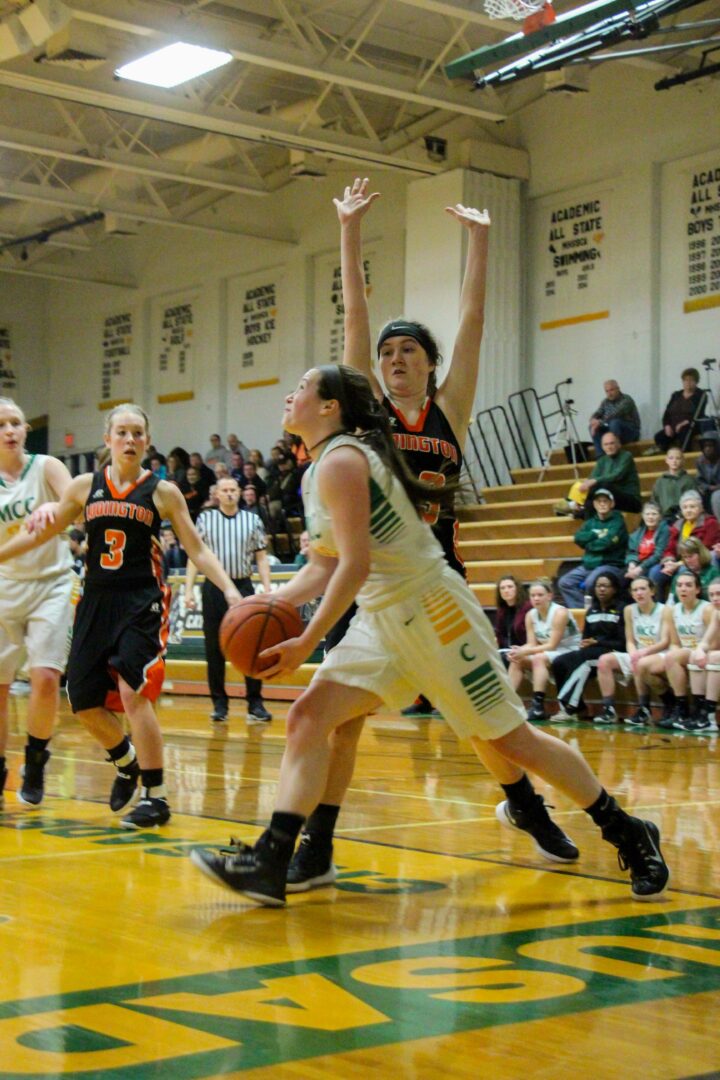 Isabelle Bertolone moves under the basket for MCC. Photo/Jason Goorman