MUSKEGON TOWNSHIP – When the American Basketball Association playoffs begin, there may not be a team with more momentum than the West Michigan Lake Hawks.

That came on the heels of a victory over another Windy City squad, the Chicago Fury, 122-108 on Saturday.

The Lake Hawks have won seven games in a row and finished the regular season with a 20-5 record.

They will host an ABA playoff game, either March 12 or 19th, depending on the outcome of other games. The team should know sometime this week, according to Lake Hawks Coach Ron Jenkins.

“We’re looking good right now and we are getting healthy,” Jenkins said. “We wanted to finish this game and get out of here injury free.” 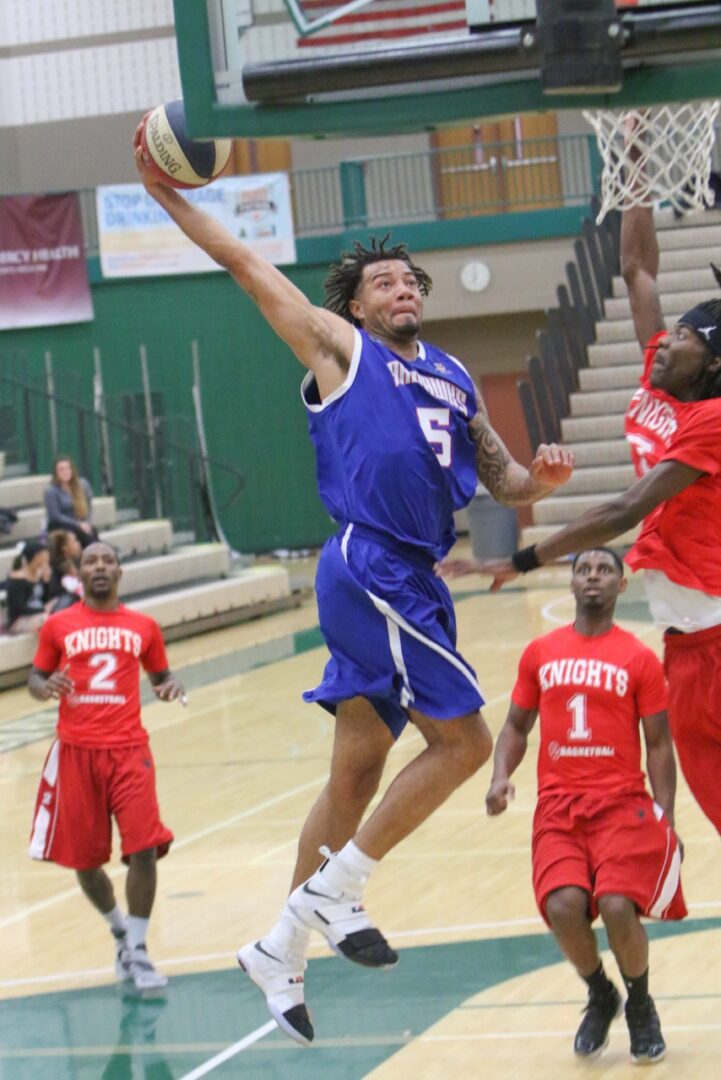 If the Lake Hawks play like they did Sunday, it may not matter who they face in the playoffs.

Terry Walker scored eight of the team’s first 13 points as the Lake Hawks took a 13-0 lead just five minutes into the game. Chicago pulled within 10 points with four minutes left in the first quarter, but soon fell behind 33-13 at the end of one.

The Knights never got any closer.

“What we were able to do from the very beginning was to take away their offensive attack,” Jenkins said. “They have quick guards and a couple of nice post players, but I knew they couldn’t match up with us. We made a nice little run, and that opened up a nice little cushion for us early.”

Not much changed in the second quarter. West Michigan’s Josh Langford scored 11 points, with two coming on a fast- break dunk in the face of a Knights defender, and the Lake Hawks had a commanding 64-26 lead by halftime.

The second half gave Jenkins plenty of opportunity to rest the starters. When Ralph Monday’s layup with a minute left in the third quarter gave West Michigan 100 points and a 50-point lead, the coach could finally relax.

“Our guys were hitting the outside shots early, and when they are hitting those early that make it an easy night for us,” Jenkins said.

Walker led the Lake Hawks with 26 points, including six 3-pointers. Langford finished with 17 points, Monday had 16 with five rebounds, and Deontae Hudson and Lou Williams each scored 12.

“We had a rough couple of games (coming into Sunday),” said Williams, who also grabbed six rebounds. “But we played really well tonight. Our confidence is high on this team, shooting the ball or making plays. We’re looking good going into the playoffs.” 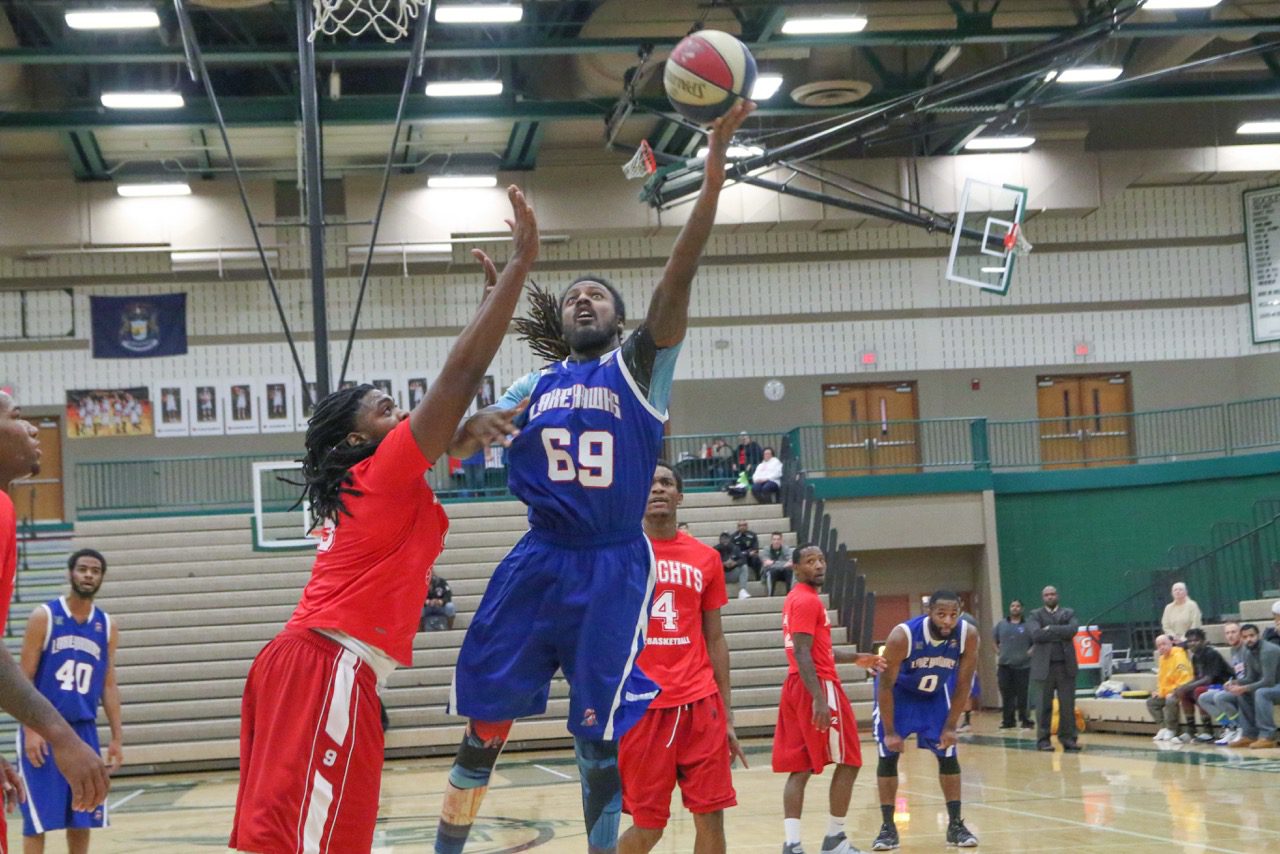 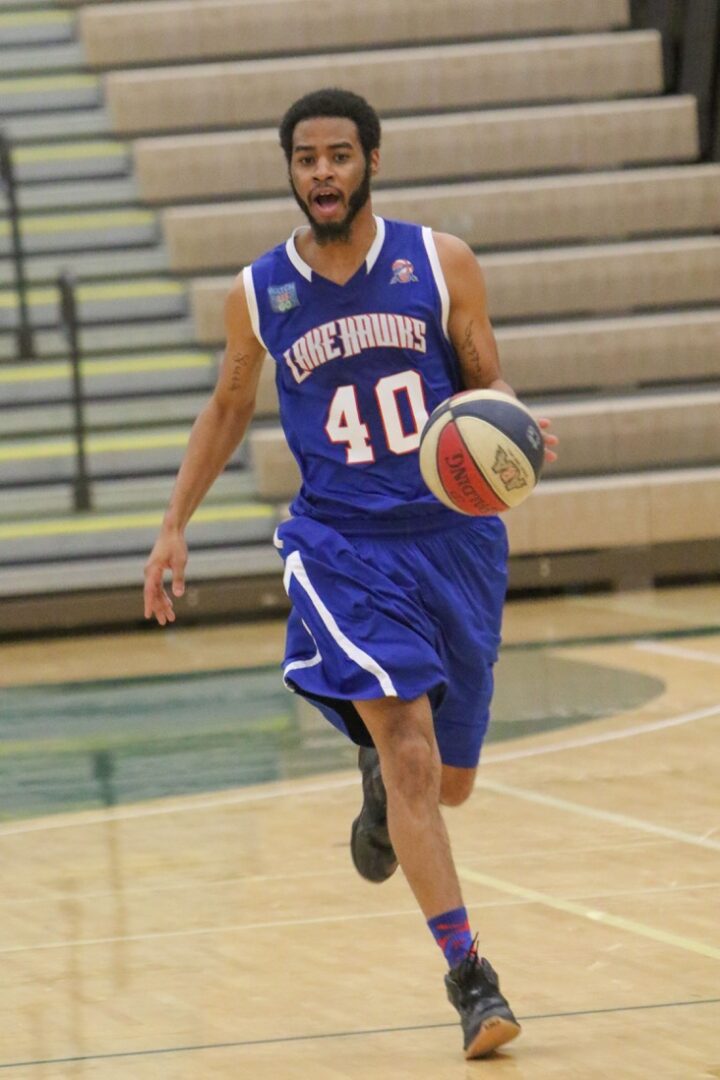 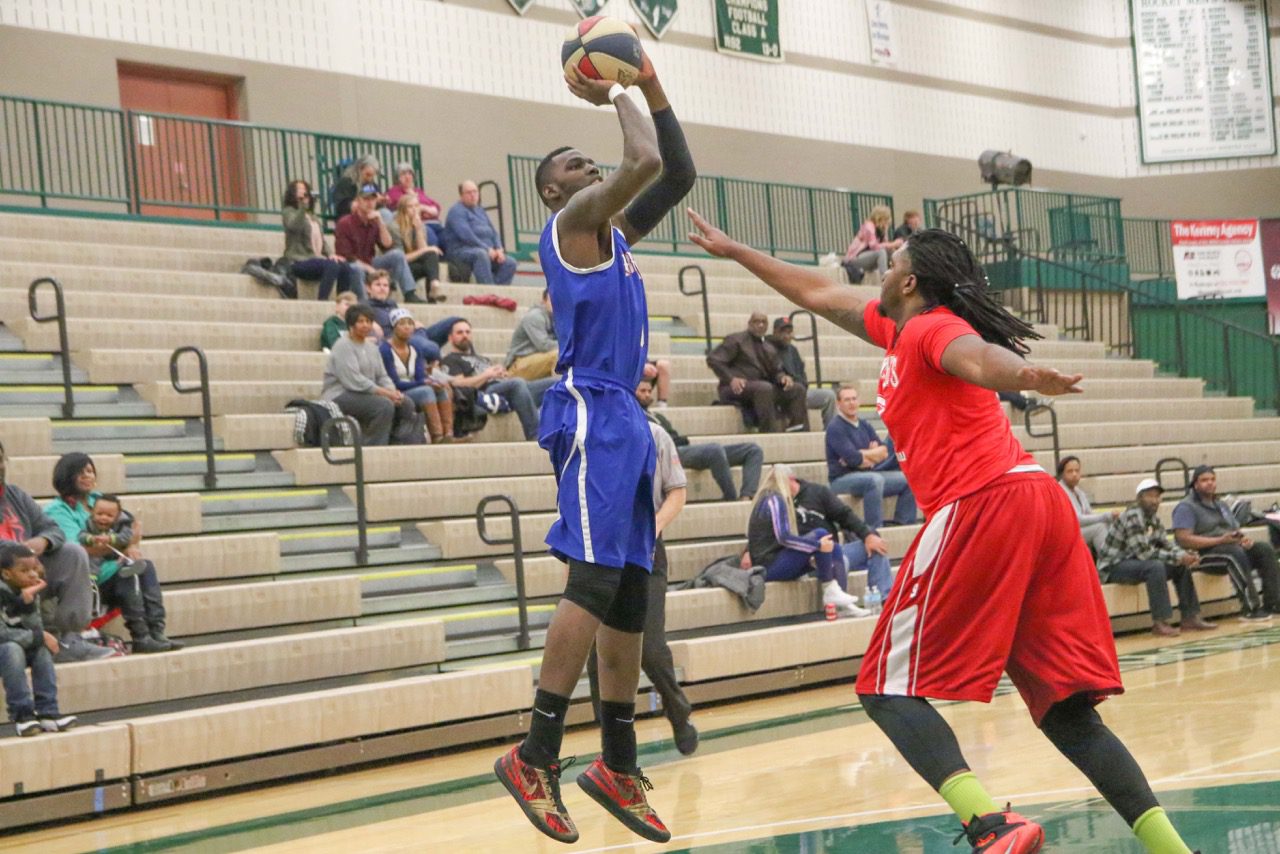 West Michigan froward Savon Price gets up for a shot from the wing. Photo/Joe Lane 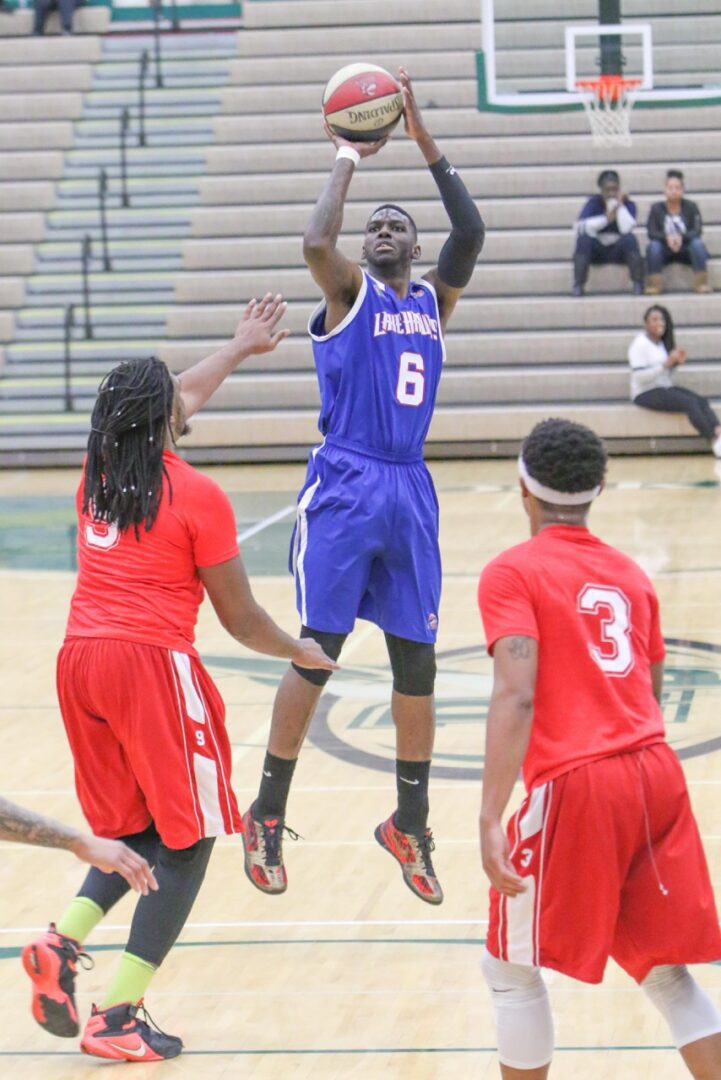 Lou Williams goes up for the jump shot for the Lake Hawk. Photo/Joe Lane 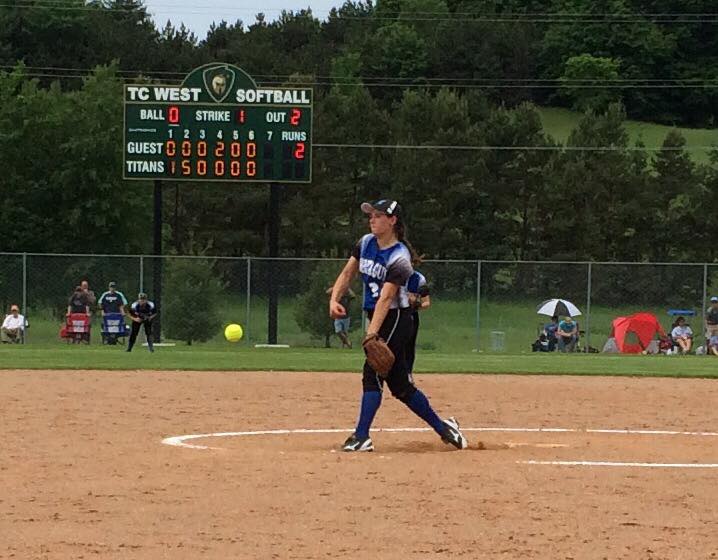