I came into the LSJ Editors Gridiron Picks competition thinking I’d be dominating on a weekly basis, since I competed in a similar format during my time as a staff writer at the Grand Haven Tribune.

Well, it hasn’t exactly worked out that way. Maybe I underestimated my LSJ competitors, and assumed that their general lack of hygiene would affect their picks.

Instead, I’ve been the one tasting humble pie, week after week. I think the low point was an 8-7 finish a 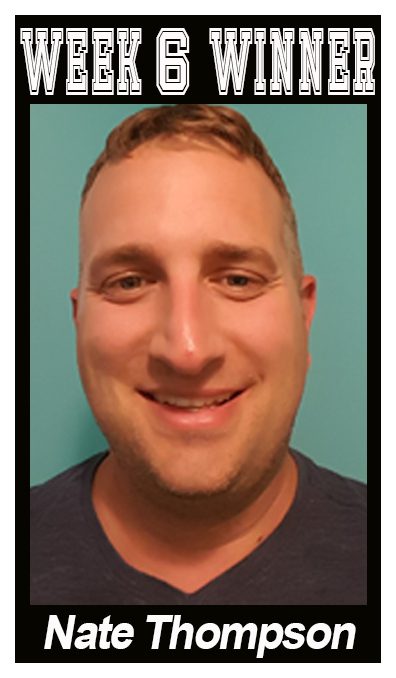 few weeks ago, which had me sniffing last place overall. It kept me up until 3 a.m., yelling the famous line from the great Vince Lombardi: “What the hell is going on around here?”

Thankfully, I found the motivation I was looking for, after I read the trash talk spewed out by Andrew Johnson in this space last week, belittling the University of Michigan offense. With that, I made last week’s picks with a nod to Jim Harbaugh.

And it worked! I finished with a 14-1 record and was the weekly winner for the first time this season.

All joking aside, I’ll be in attendance at a couple great games this week: Oakridge at Montague on Friday, then under the lights at the Big House on Saturday (thanks to my sister scoring four tickets). Let’s hope I can stay awake and alert for that 7:30 p.m. start, and for the long drive back home from Ann Arbor.

As for that Friday showdown at Montague, I’m sticking with the red-hot ‘Cats, whom I believe are on a path to Ford Field in the Division 6 playoffs. Although, I must say, one of the coolest things I heard last year was a victory cheer by Oakridge – two claps and a Ric Flair (Wooooo!). It was such a catchy cheer that my fantasy football team’s name this year is 2 Claps and a Ric Flair.

The other games on the schedule barely caused me to pause. Frankly, there could be a lot of blowouts this week. But the Jenison-Fruitport game should be a nail-biter. The Wildcats looked impressive in taking down Reeths-Puffer last week, so I’m sticking with them to win an O-K Black road game.

One game that could go either way is Orchard View at Muskegon Heights. I think the Cardinals have turned the corner with their strong play in recent weeks, and I’ll jump on their bandwagon again this week.

Another team that may be in a tight game is Holton, but I believe host Lakeview lost a lot of talent from its playoff squad a year ago, and the Red Devils will prevail on Friday.