They wasted no time plowing their way to number 70.

Whitehall fell to 6-3 overall and 3-3 in the conference. 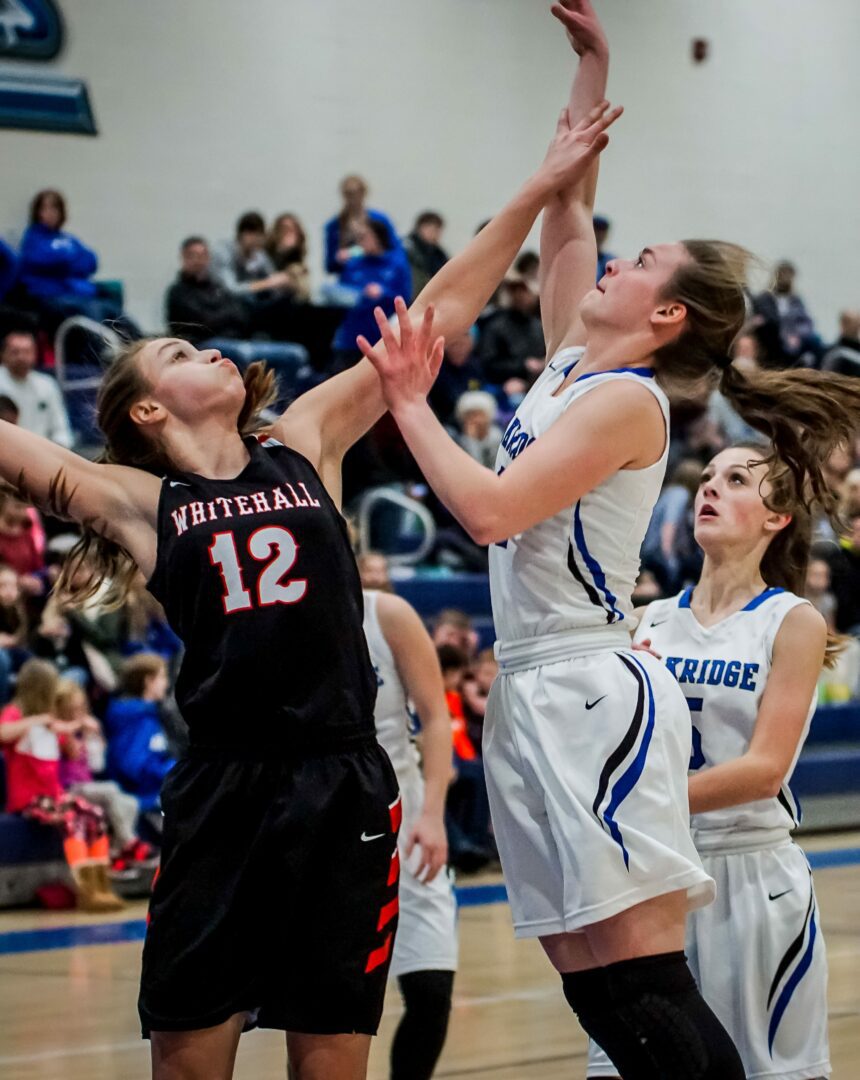 Gracie Reinhold goes up for the shot over Whitehall’s No. 12 Abby Seeger. Photo/Kris Rake

“I try not to think about that,” Oakridge head coach Terry DeJonge said about the long winning streak. “We just talk about playing defense and blocking out. We were trying to go 1-0 tonight.”

Leading the way for Oakridge once again was junior guard Sophia Wiard, who had 21 points, eight rebounds and several big plays defensively.

“She’s a Division 1, All-State player,” DeJonge said about Wiard. “She puts in time, and you could see it tonight with what she did.”

For Wiard, the Eagles’ long league winning streak goes beyond her varsity career. Her sister, Keyara Wiard, was on the team when it all began.

“It really is awesome,” Wiard said. “But it’s a lot of pressure, because you know if you lose it, (younger players coming up) will say, ‘You lost the streak for us.’ But its good having 70-0 on your back.”

Whitehall struggled to get in much of a rhythm offensively all night. The Vikings trailed just 13-8 after the first quarter, but 27 turnovers derailed the offense time and again. 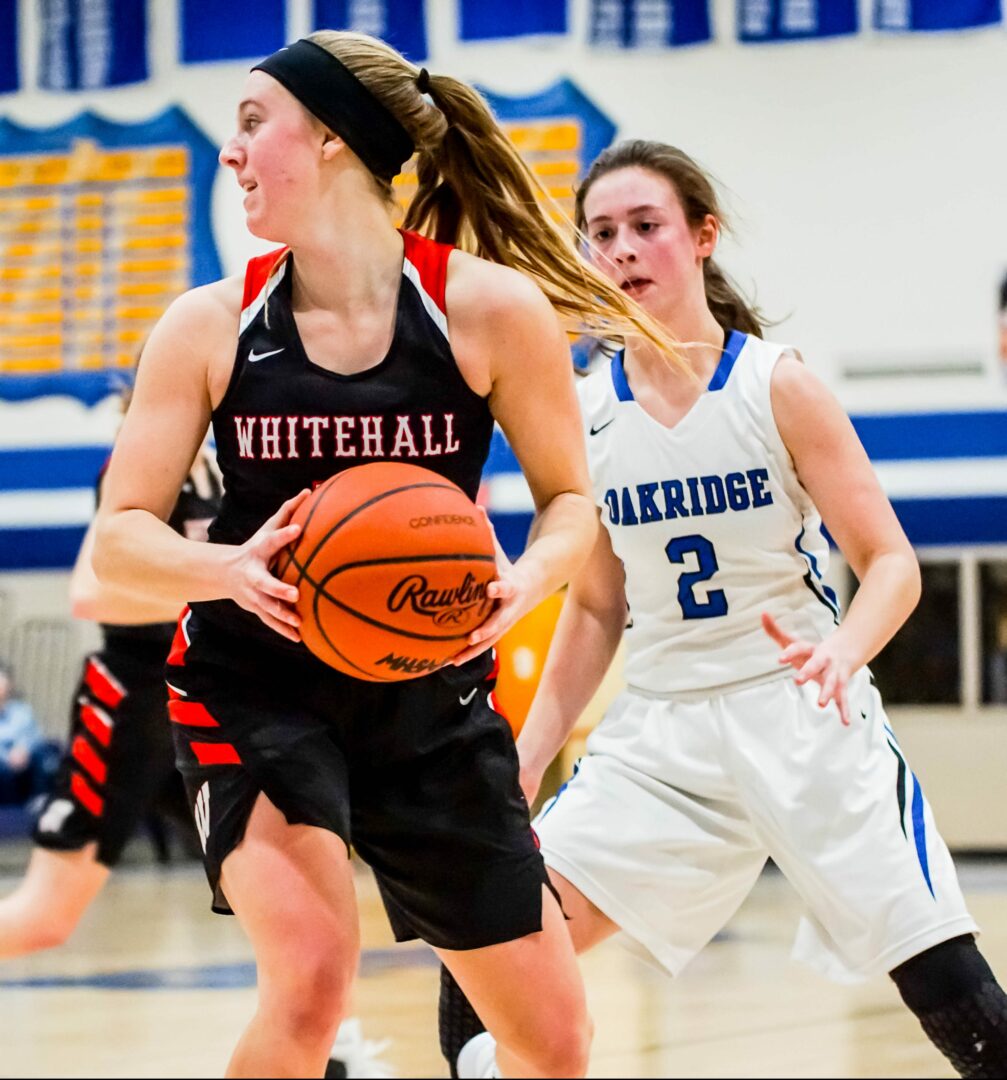 Wiard scored six of the game’s first eight points to give Oakridge a lead out of the gate. Whitehall struggled to break the Eagles’ press and didn’t score for the first 3:10 of the game.

The Oakridge defense tightened up even more in the second quarter, allowing just one basket. The Eagles led 24-10 at halftime.

Oakridge outscored Whitehall 9-5 in the third quarter and closed with a 19-9 edge in the fourth.

DeJonge and Wiard both believe the team turned a corner this week.

“I told them we had to turn the page on the season,” DeJonge said. “I felt like we weren’t getting any better. I thought Monday’s practice went really well, and that’s when we started moving forward.”

“We started working hard in practice and being more aggressive, and you can see that we’re working together on the court a lot more,” Wiard said. 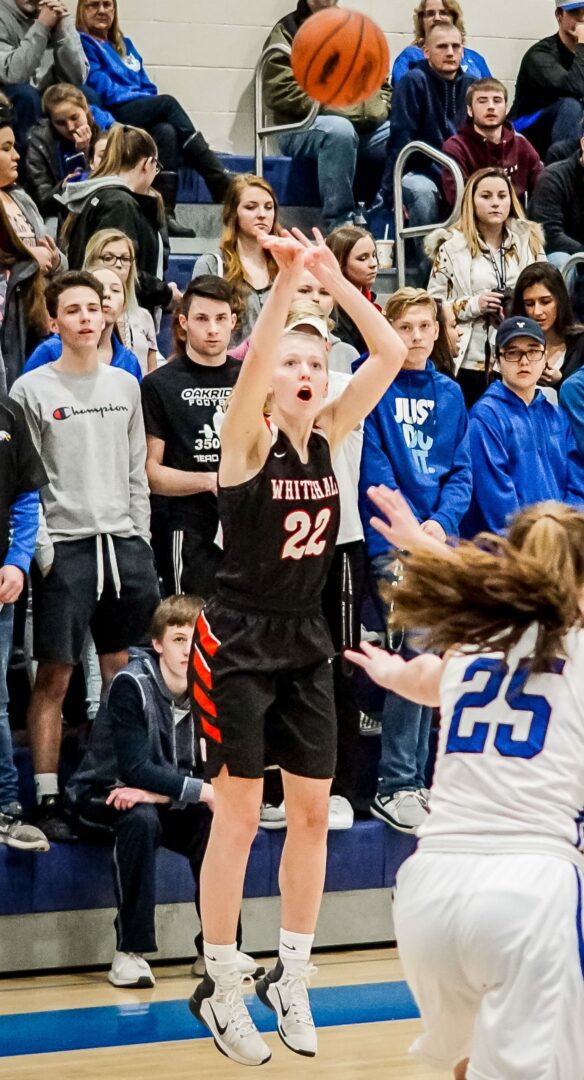 Kacy Jeffries goes up for the jumpshot for Whitehall. Photo/Kris Rake 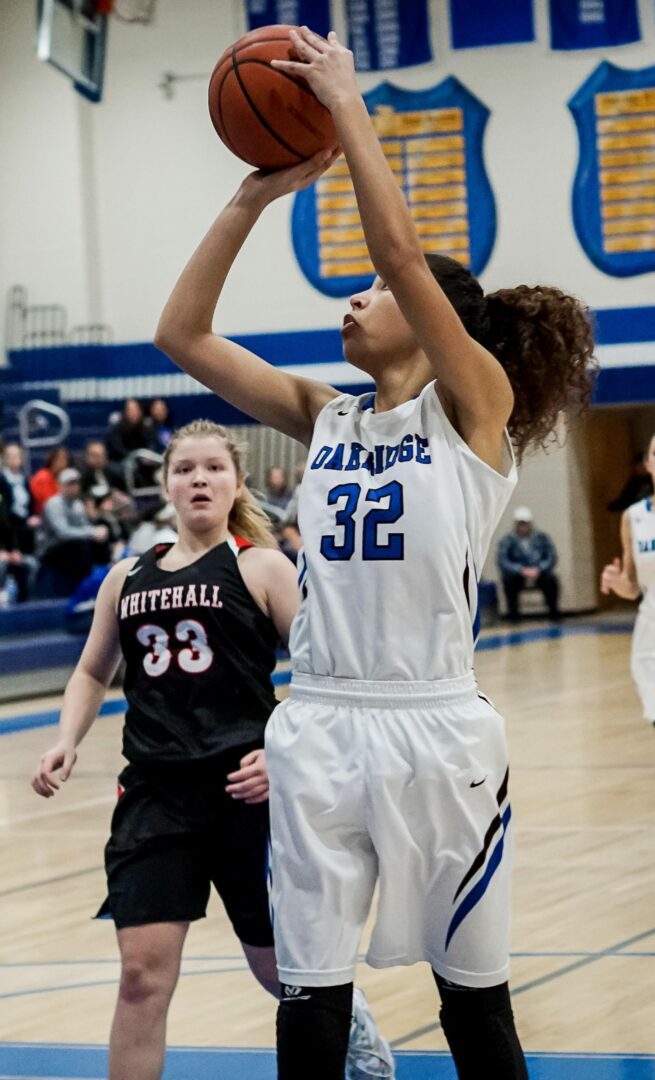 Aaliyah Cooper goes up for the shot while Whitehall’s No. 33 Greta Hosticka trials. Photo/Kris Rake 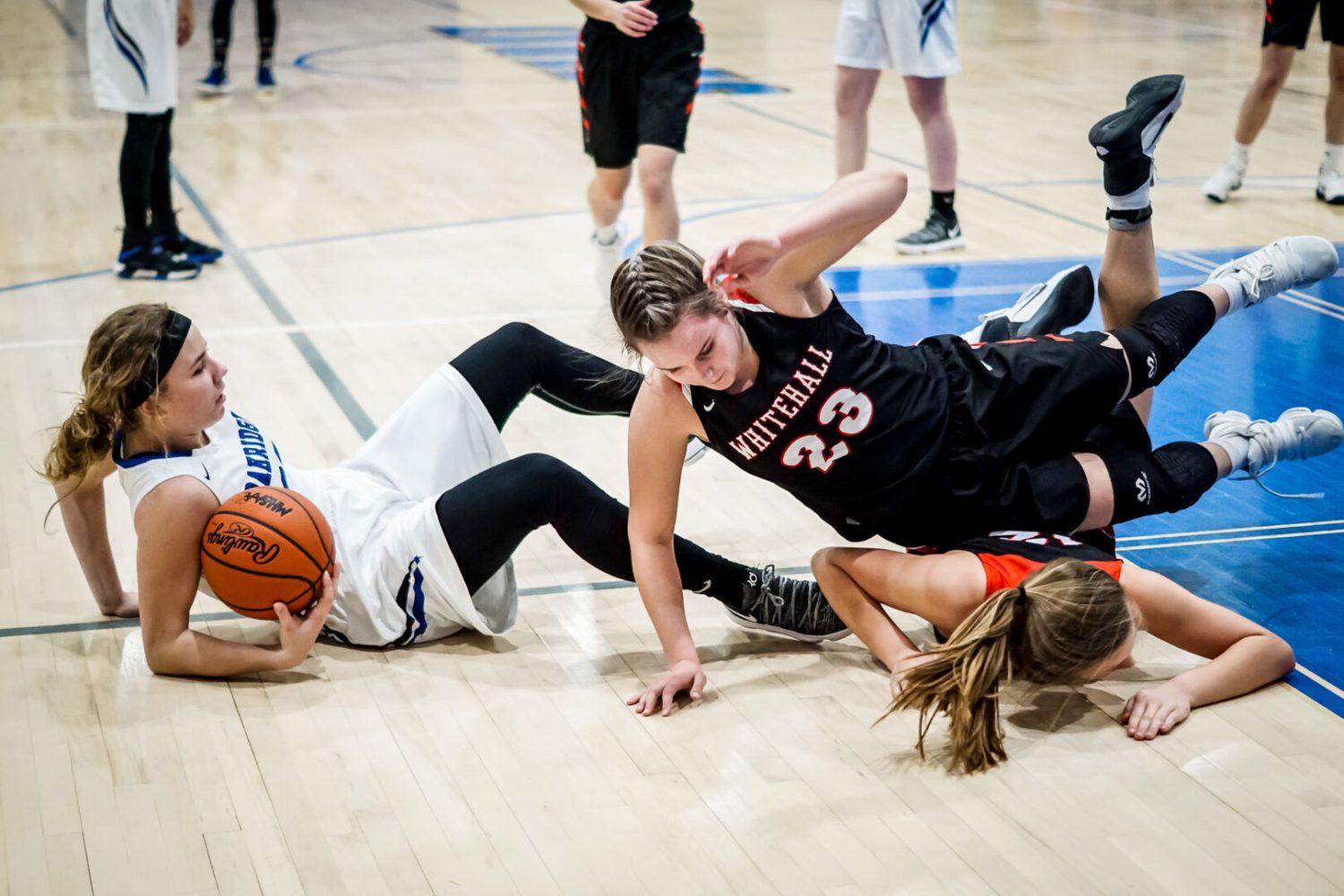 Kayla Fessenden holds the ball on the ground while Whitehall’s No. 23 Bailee Spicklemire tries to avoid falling on her teammate. Photo/Kris Rake

Gracie Reinhold goes up for the shot over Whitehall’s No. 12 Abby Seeger. Photo/Kris Rake 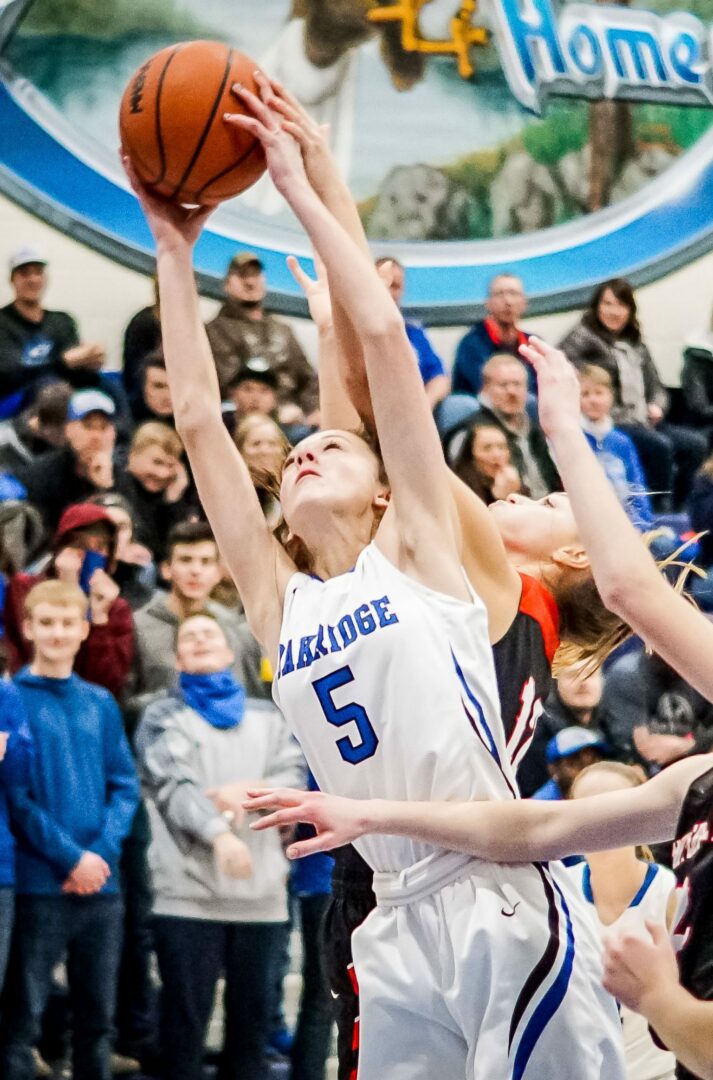