MUSKEGON TWP. – The Mona Shores boys basketball team is still working out the kinks as it rolls into the main part of the season, for

First, the Sailor football team made a state championship run, keeping some guys away from preseason basketball practice. The team is also getting used to a new head coach, Justin Johnson, who came over from Ravenna. 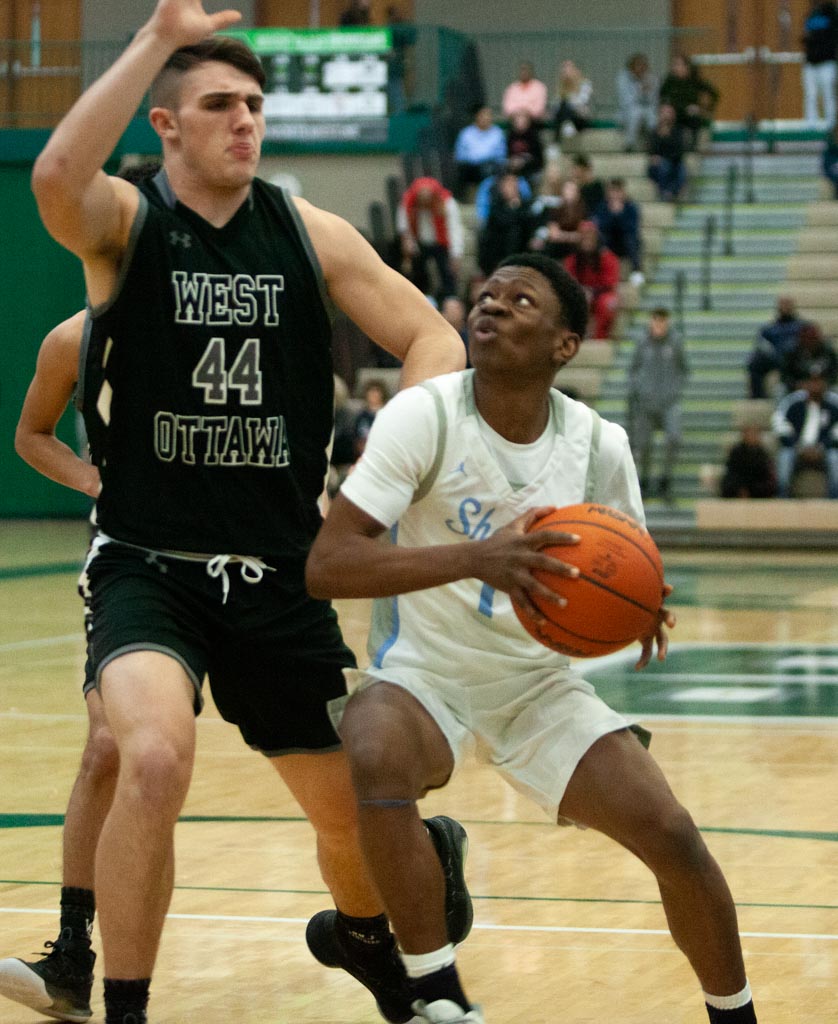 The wrinkles were obvious on Friday when the Sailors fell 70-42 to Holland West Ottawa in the first of three games in the Muskegon Area Sports Hall of Fame Classic at Reeths-Puffer High School.

“I think it’s still early,” Johnson said after the game. “Really, when it comes down to it, we had a scrimmage before our first game and didn’t’ have any of our football guys. This is our third game now, and I think a lot of it is missing the live action. You really need some of that.”

Things were tough for the Sailors from the get-go against a very good West Ottawa squad. They fell behind 22-10 after one quarter, with Drew Southland scoring half of Mona Shores’ points.

In the second quarter, Tanner Wiegerink of West Ottawa took over, netting 10 points to help extend his team’s advantage to 42-22 at halftime.

West Ottawa stretched the lead to 60-31 in the third quarter, behind 11 points from Brady Bosma. The Sailors outscored West Ottawa 11-10 in the fourth, with four points coming from Benjamin Payne.

Overall, Southland led the Sailors with nine points while Payne and Jaylen Hopson each had seven.

Holland West Ottawa was led by Alex Janetzke with 17 points, Bosma with 16 and Wiegerink with 14.

Mona Shores is now 1-2 on the season and will next face Cedar Springs on Jan. 2 in the Cornerstone Holiday Tournament in Grand Rapids. 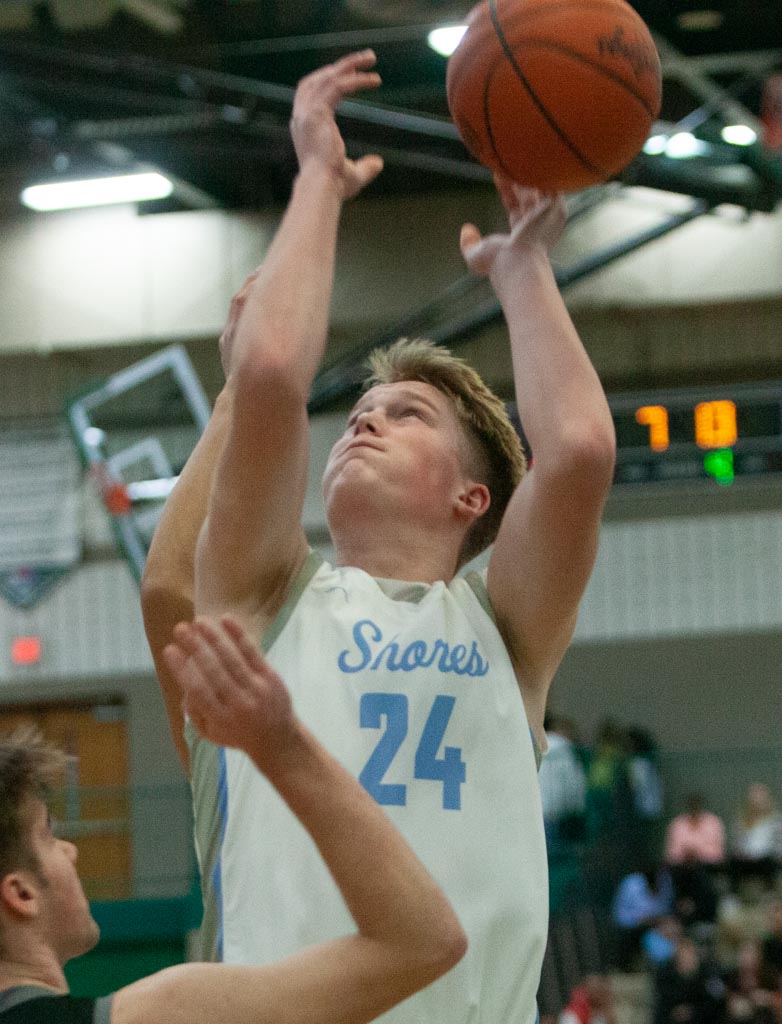 Donovan Russell gets fouled on a shot for Mona Shores. Photo/Jason Goorman 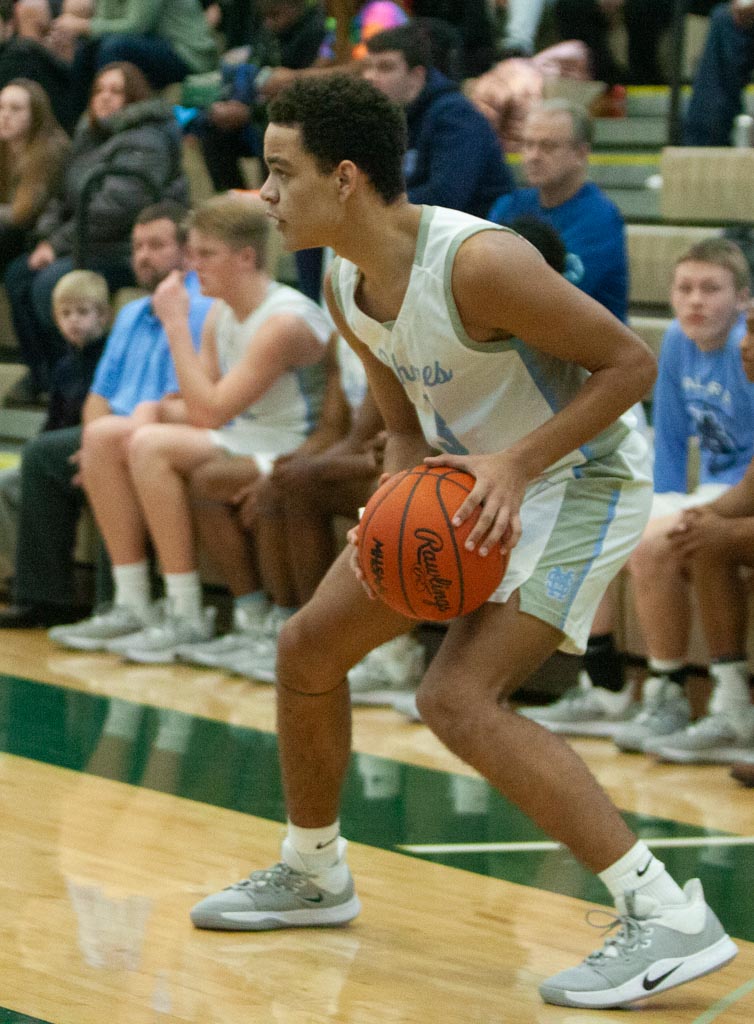 Kobe Allen looks for the open man in the corner for Mona Shores. Photo/Jason Goorman 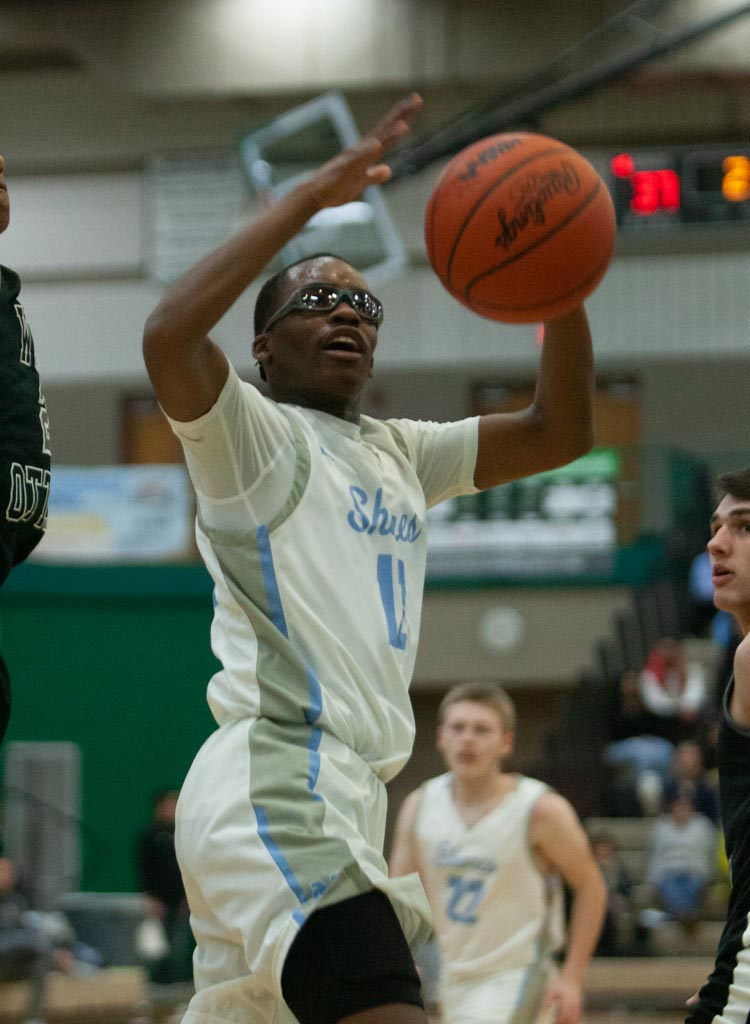 Corey Chapman gets fouled on a shot for Mona Shores. Photo/Jason Goorman