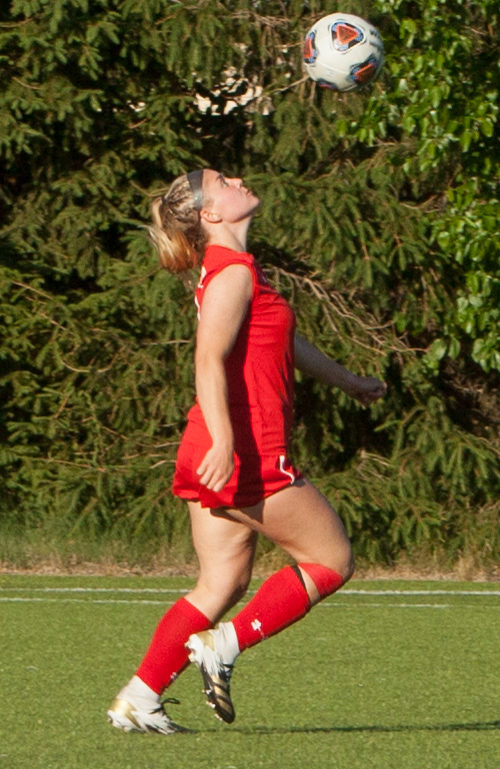 She took possession of the ball and broke loose up the field before ripping a shot that found the right side of the net.

The heart-stopping victory gave the Laker girls their first berth in the state soccer finals in school history. They will play Bloomfield Hills Marian for all the marbles on Saturday at 4 p.m. at Michigan State University.

“I was like ‘Don’t screw up,’” Komar said. “You never know, it could be our last opportunity. We didn’t have many. But we really capitalized and I’m still shocked. I just can’t process it. I think it was just all adrenaline.”

Just six minutes into the game, Meah Bajt netted the opening goal for Spring Lake when she ripped a shot from just outside the 18-yard box that found the right corner of the net.

“You can’t go wrong with Meah,” said May about her leading scorer’s ability to pile up points. “She gets us going. Her and Zoe both do, and Zoe didn’t want this to be her last game.” 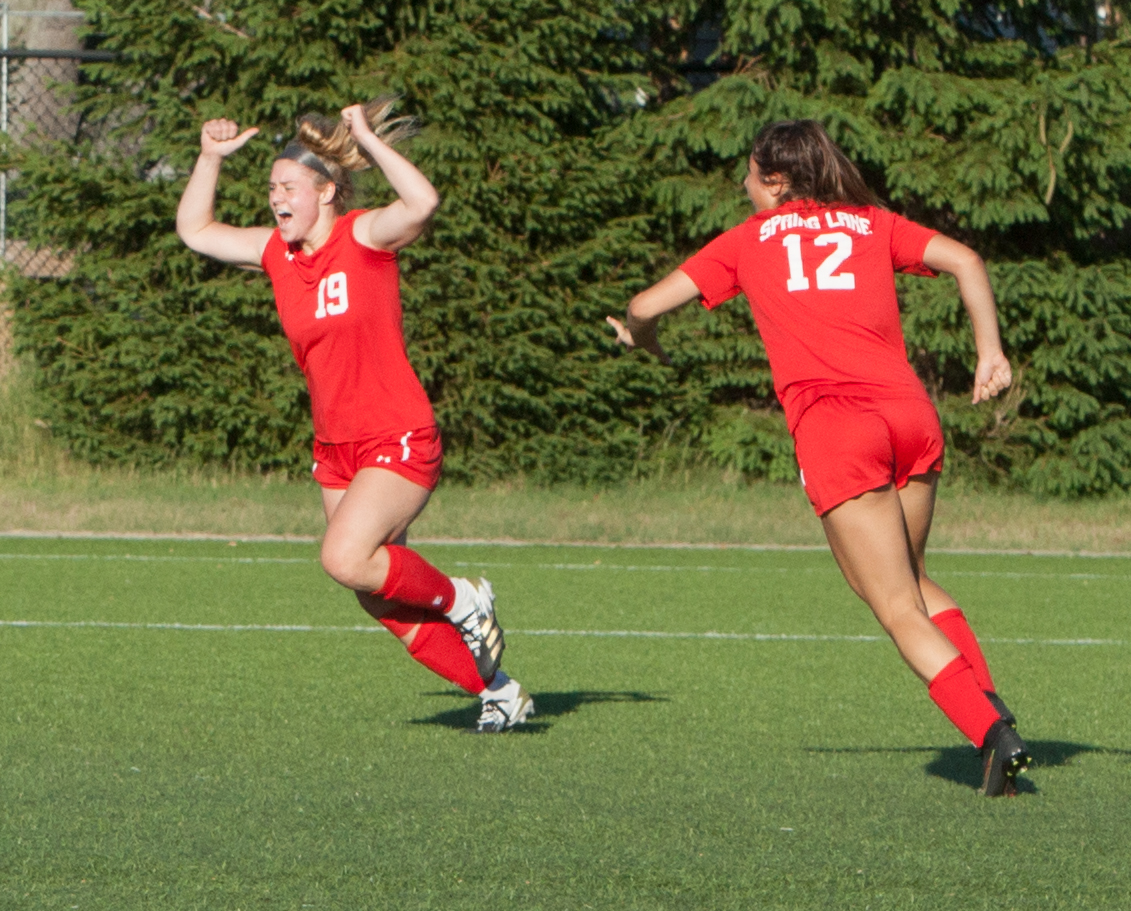 That 1-0 lead held through halftime and deep into the second half.

With just 18:44 remaining in the game, Byron Center’s Payton McKellar faked left before turning right and drilling a long distance shot that tied the game at 1-1. That score held up until Komar’s goal with time running out settled the issue.

“Jessica was incredible,” Coach May said. “But she always is.”

Helping Stewart in the defensive effort was junior center defensive back Eryn Bouwhuis, who was tested frequently by Byron Center.

“She runs the show,” said May about Bouwhuis. “When we had our meeting in the beginning, I said Eryn will be loud and you’re all going to be okay with it. She’s going to make the decisions and you’ll be okay with it, and she did an incredible job of helping sort out the marks.

“I mean look at her, she’s tiny and it’s all a mental game for her, and she won that today. They’re faster and stronger than her, but she proved today what she’s capable of.”

While some players may fear a challenge, Bouwhuis said she likes to be pushed and have her skills tested by other teams.

“It feels really good because it was a hard-fought, tough game,” she said. “We played through everything, and they had a lot of possession around us, but I felt like we wanted it more in the end.”

“It’s just so surreal,” Bouwhuis added about the chance to play for the state title. “It’s crazy right now. I can’t even put my mind to it.” 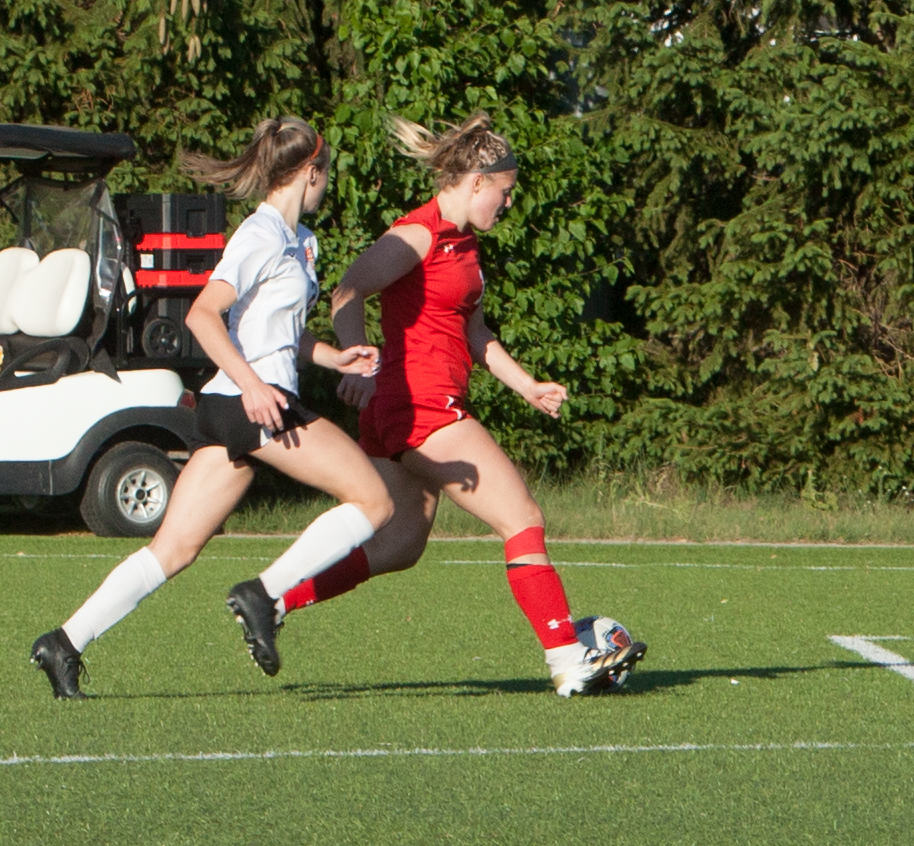 Zoe Komar controls the ball as she gets ready to take the game-winning shot for the Lakers. Photo/Jason Goorman

Komar watches as her shot lines through the air for Spring Lake. Photo/Jason Goorman 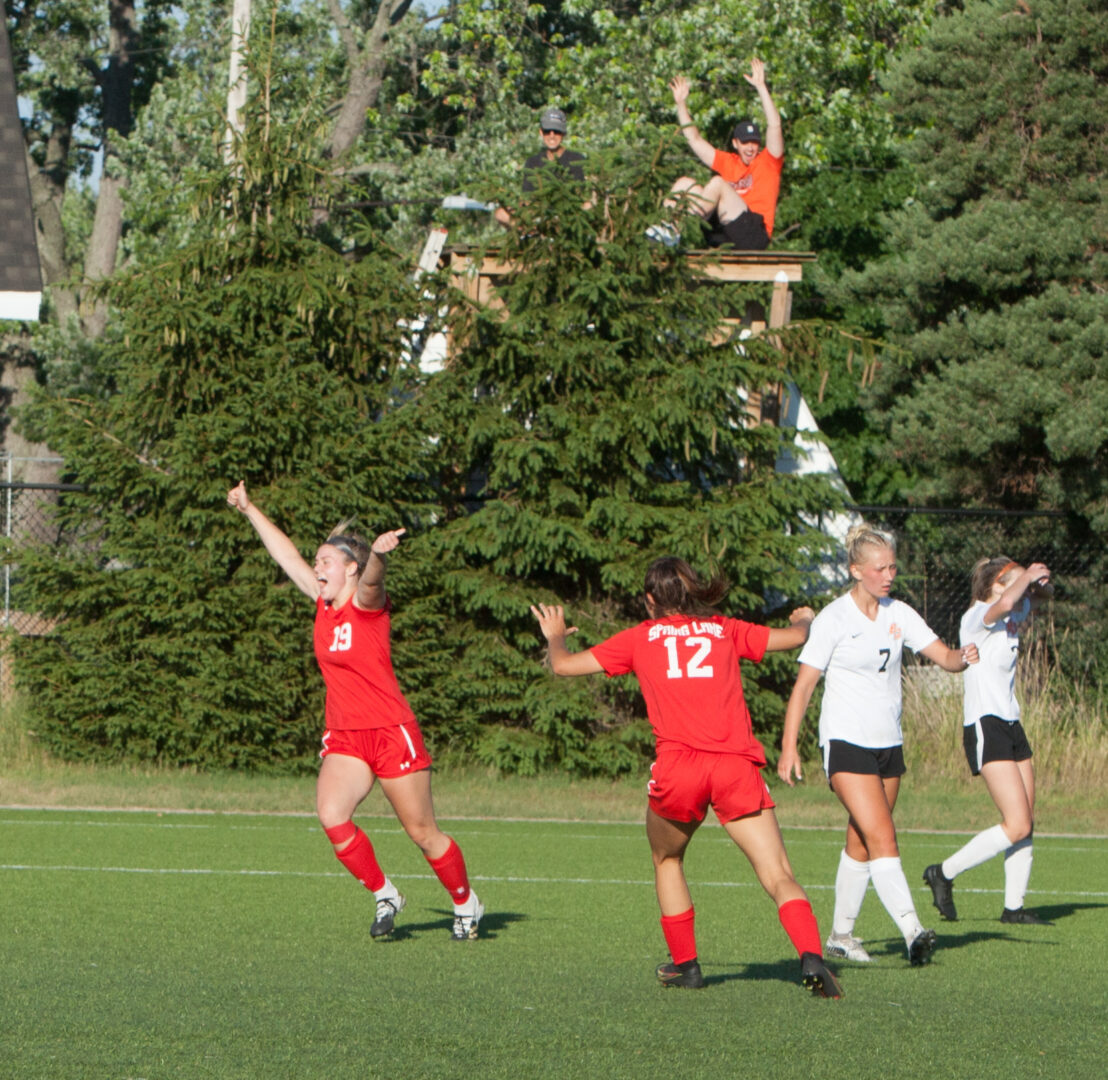 Zoe Komar puts her hands up after netting an incredible shot from the 18-yard line for Spring Lake. Photo/Jason Goorman 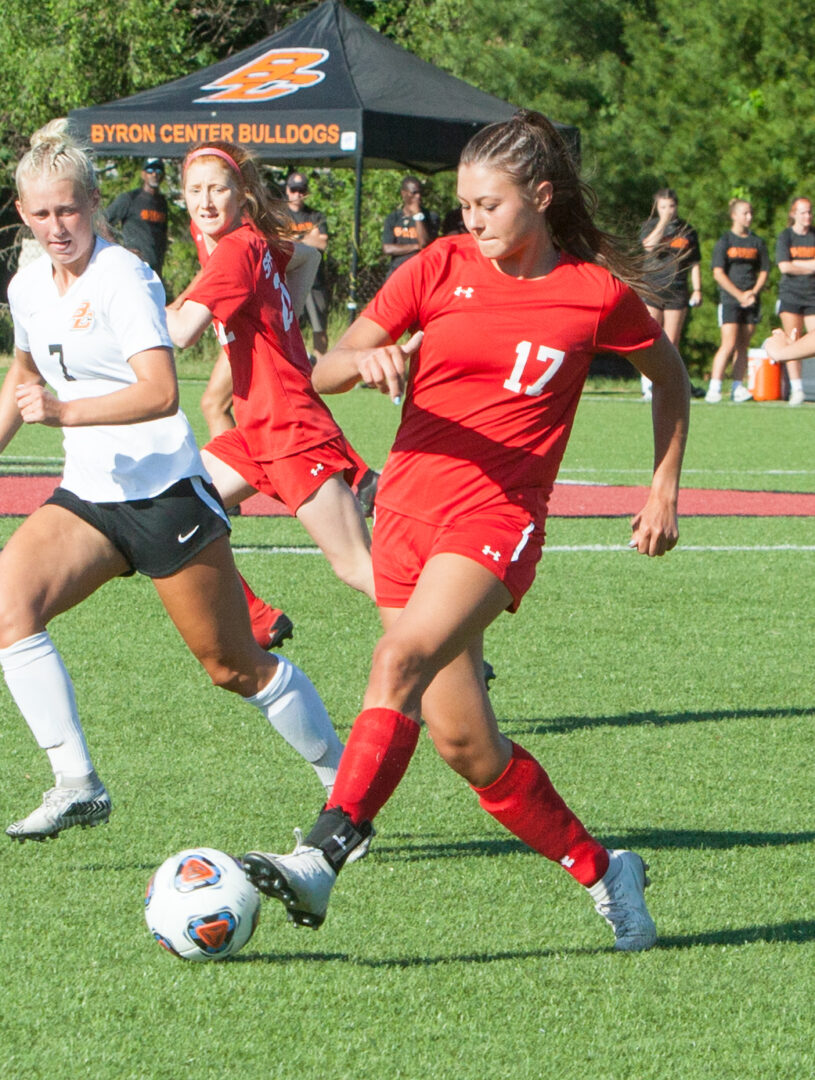 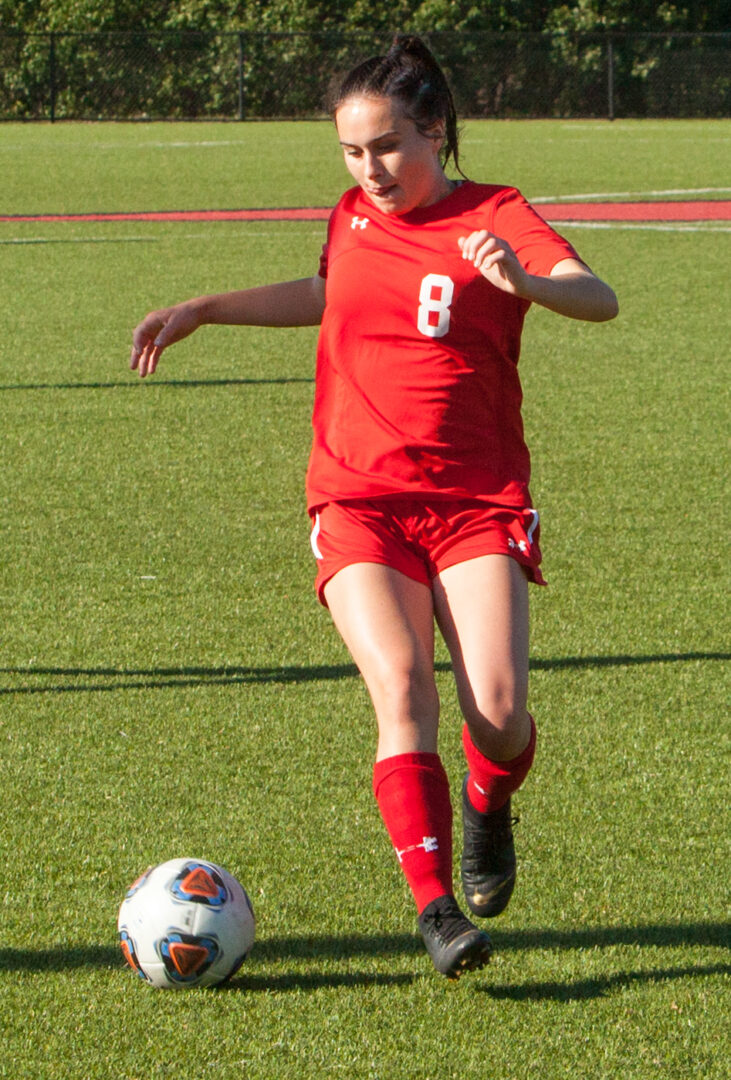 Mollie Holmes controls the possession for the Lakers. Photo/Jason Goorman 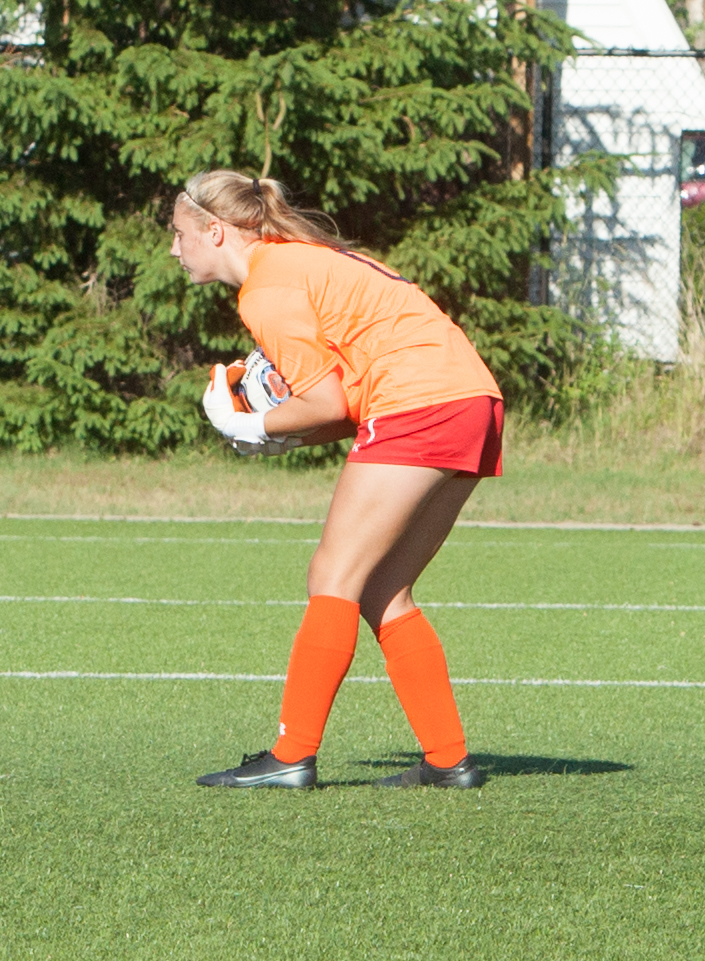 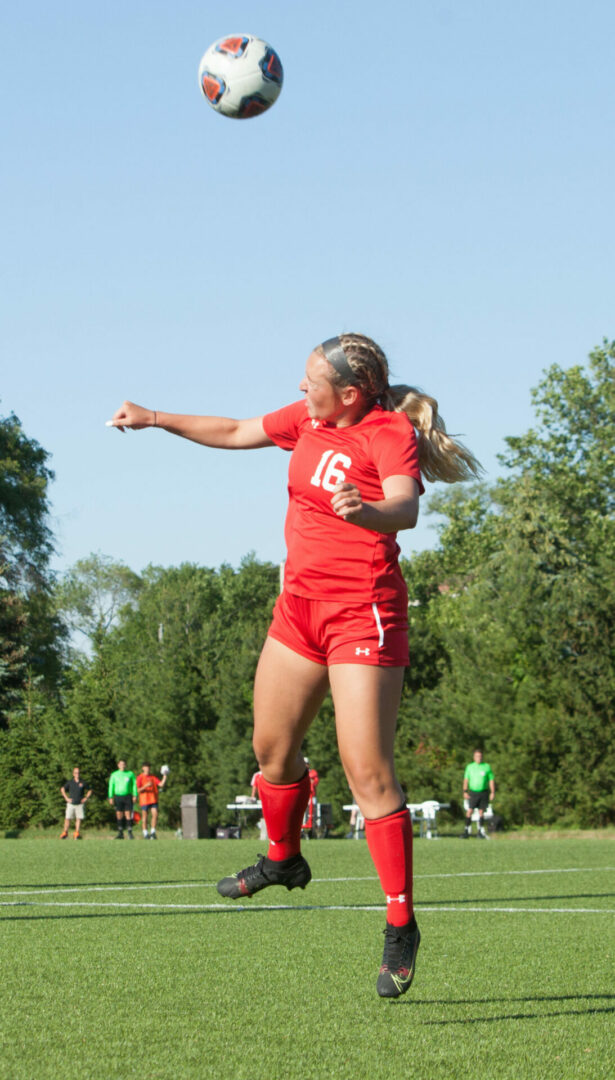 Taylor Yanke heads the ball for the Lakers. Photo/Jason Goorman 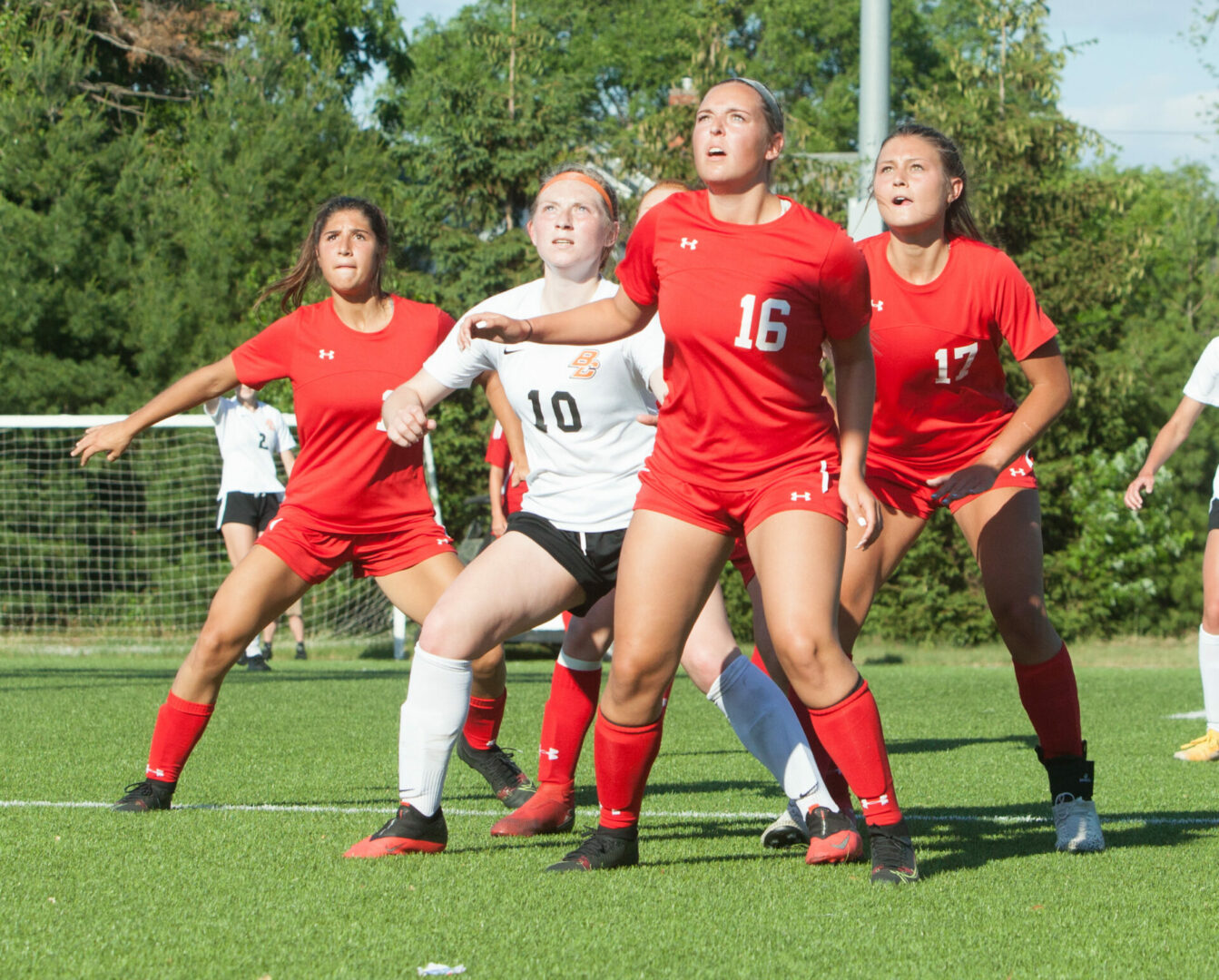 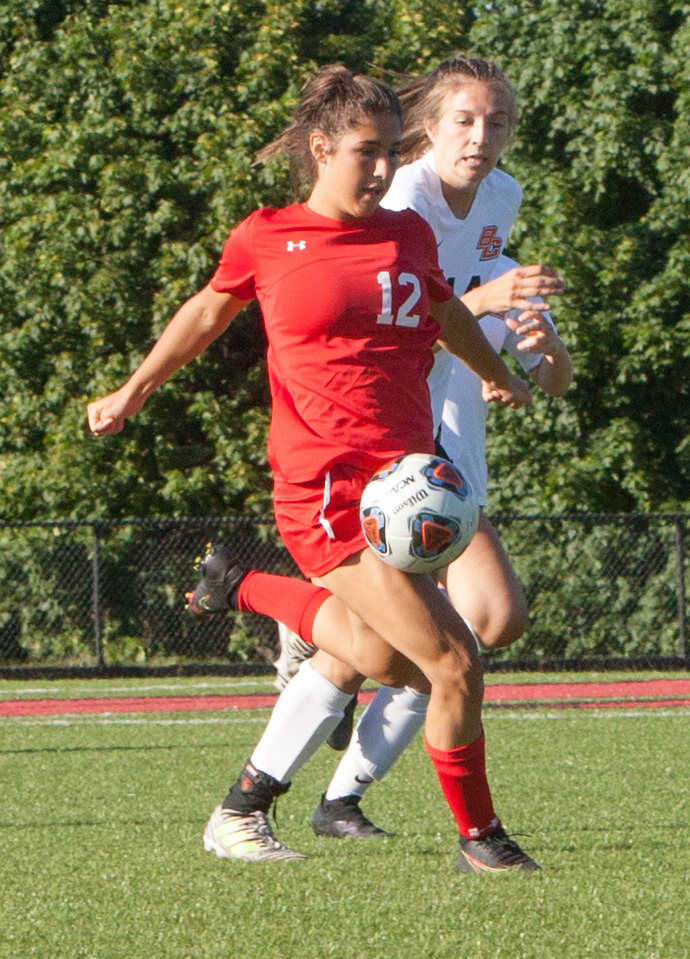 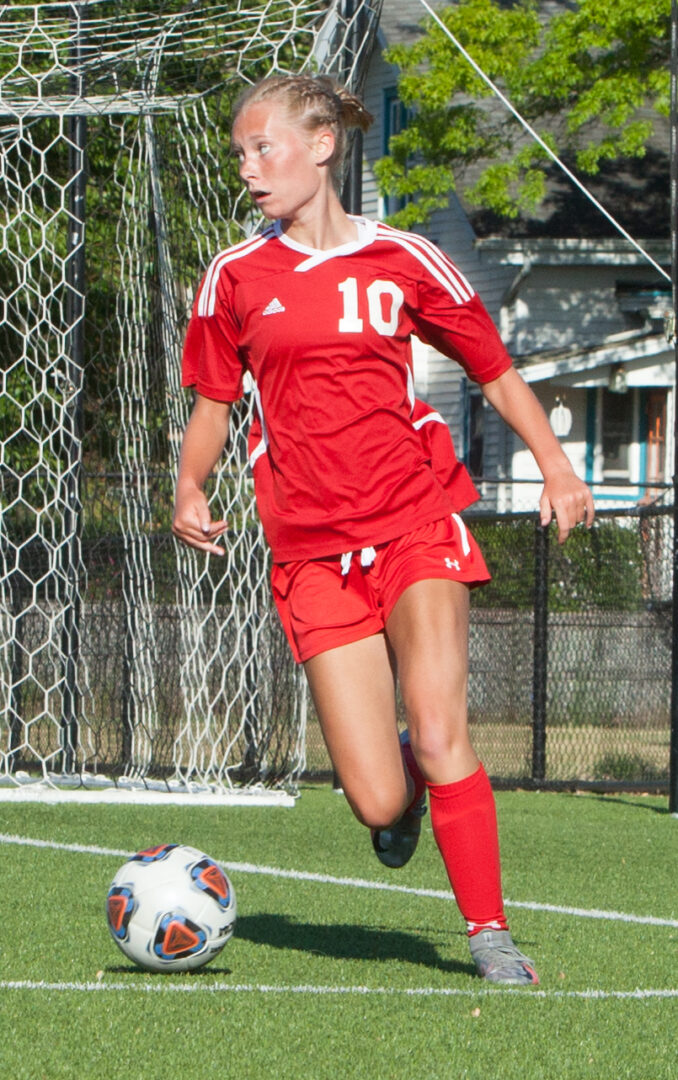 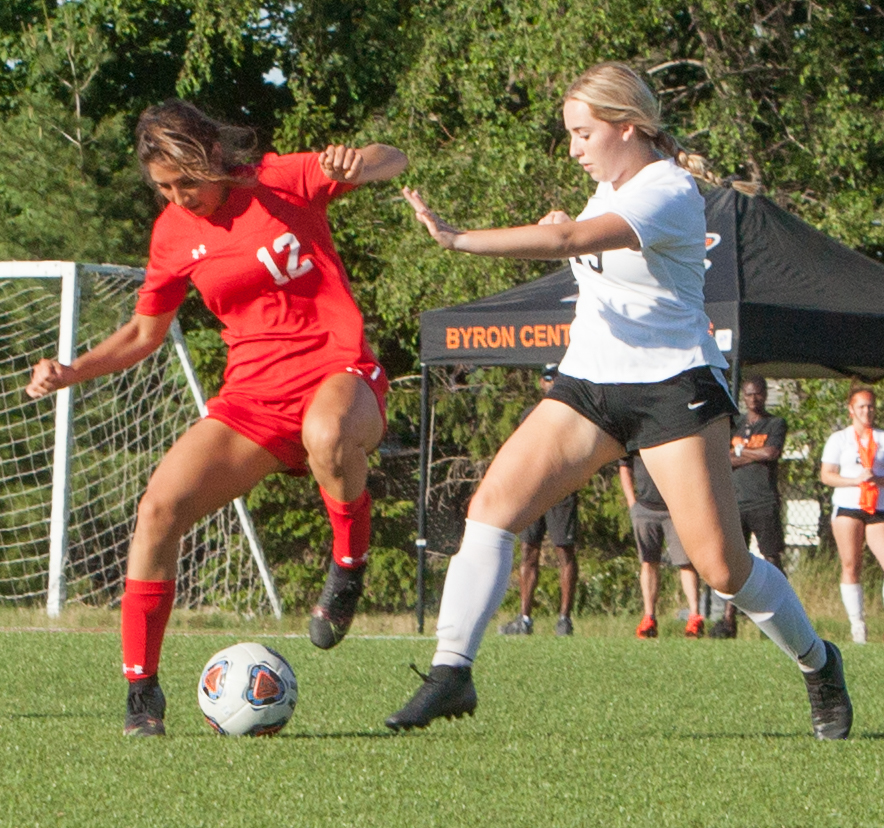 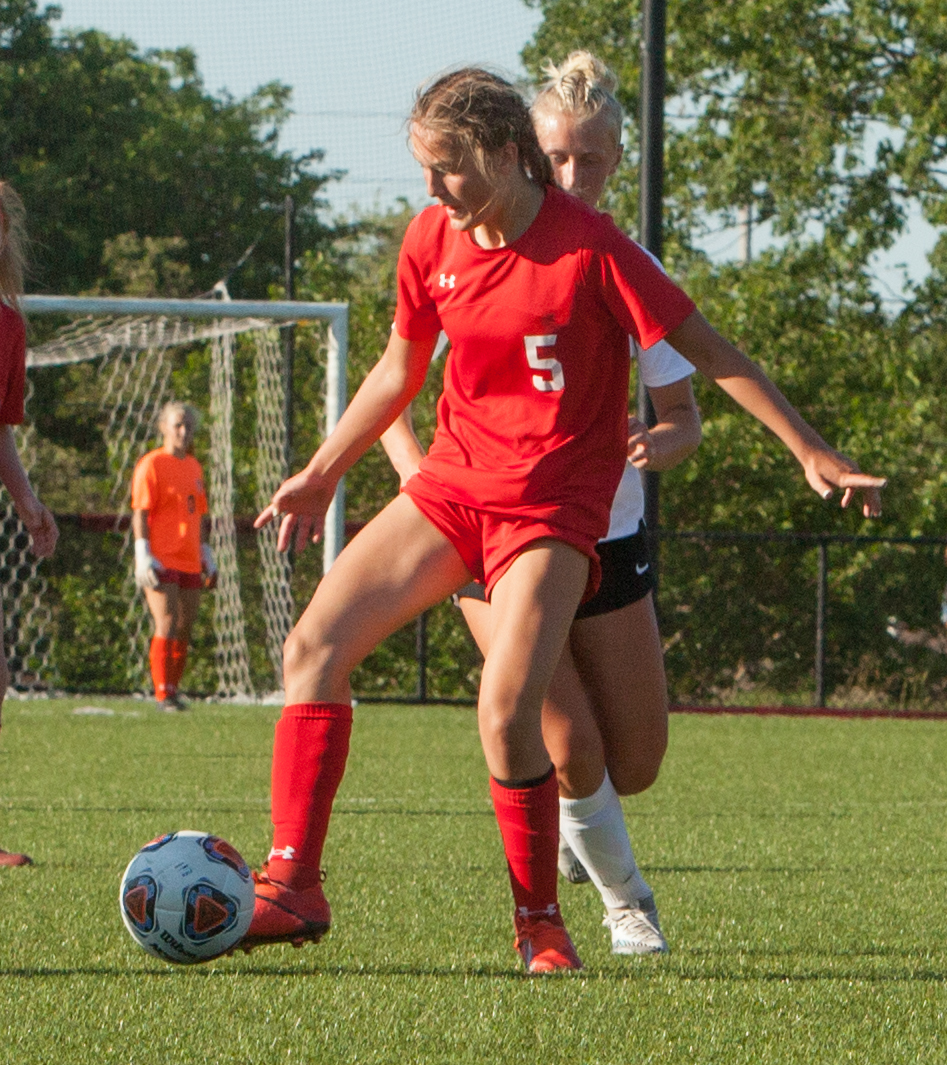 Spring Lake senior Zoe Komar watches a high bouncing pass on a break away for the Lakers. Photo/Jason Goorman

The Spring Lake girls soccer team runs to be greeted by the best student section in the state soccer tournament. Photo/Jason Goorman 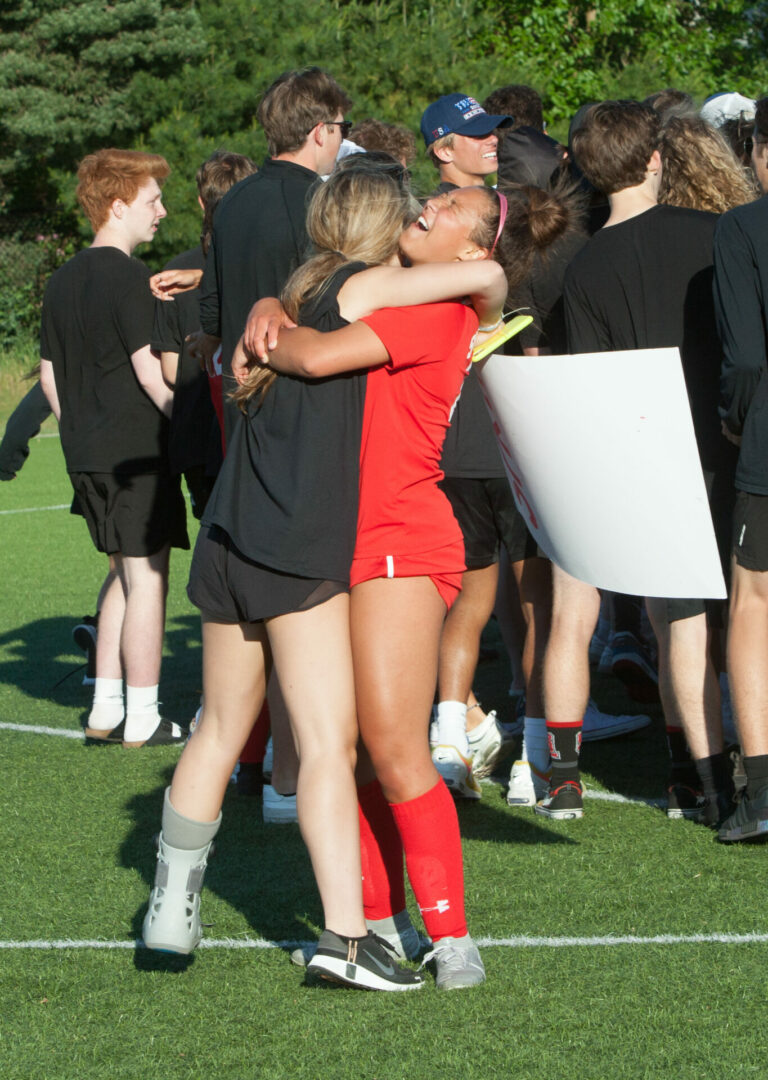 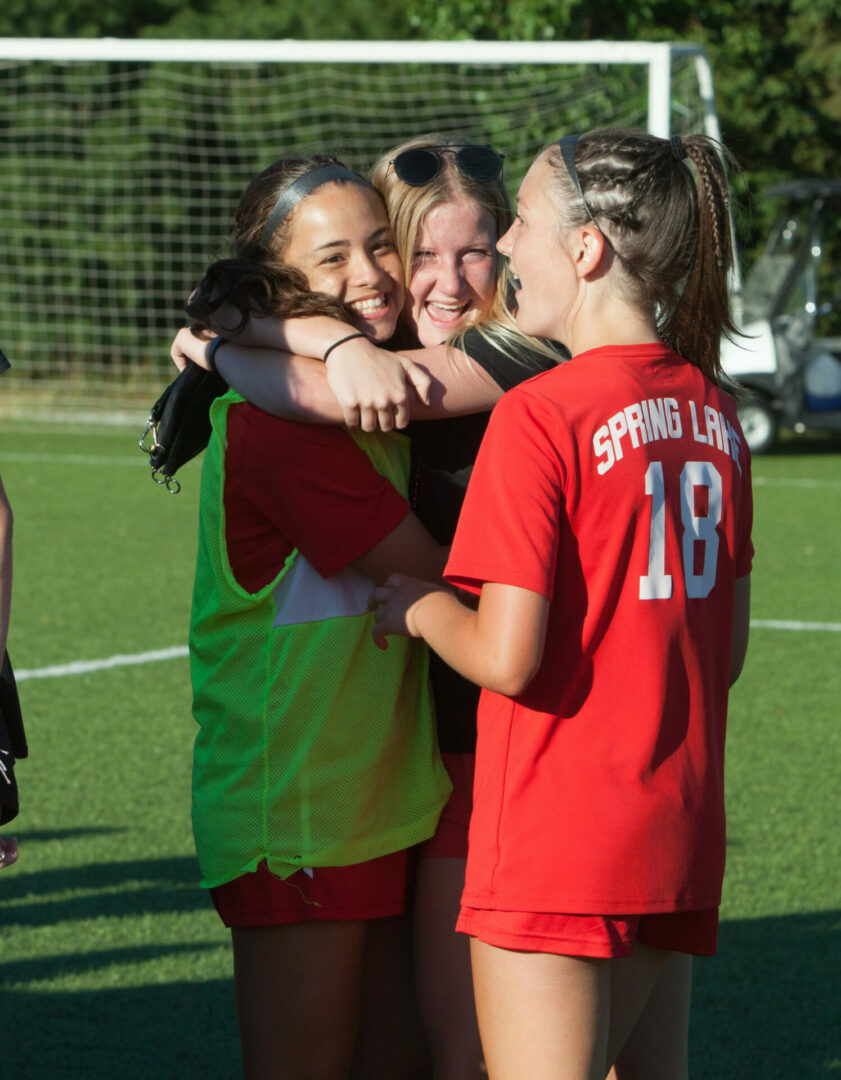 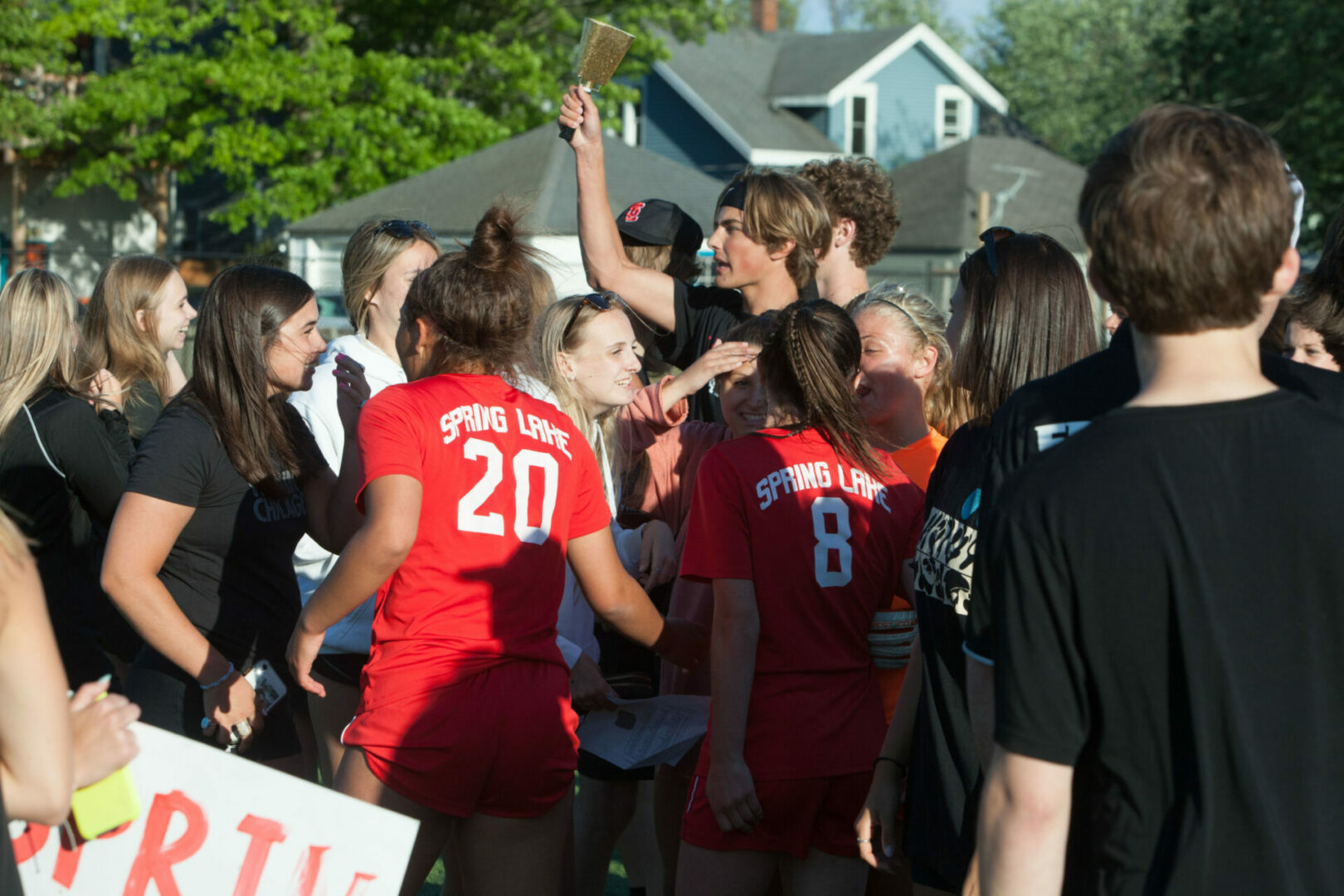 Students celebrate with with their team on the field. Photo/Jason Goorman 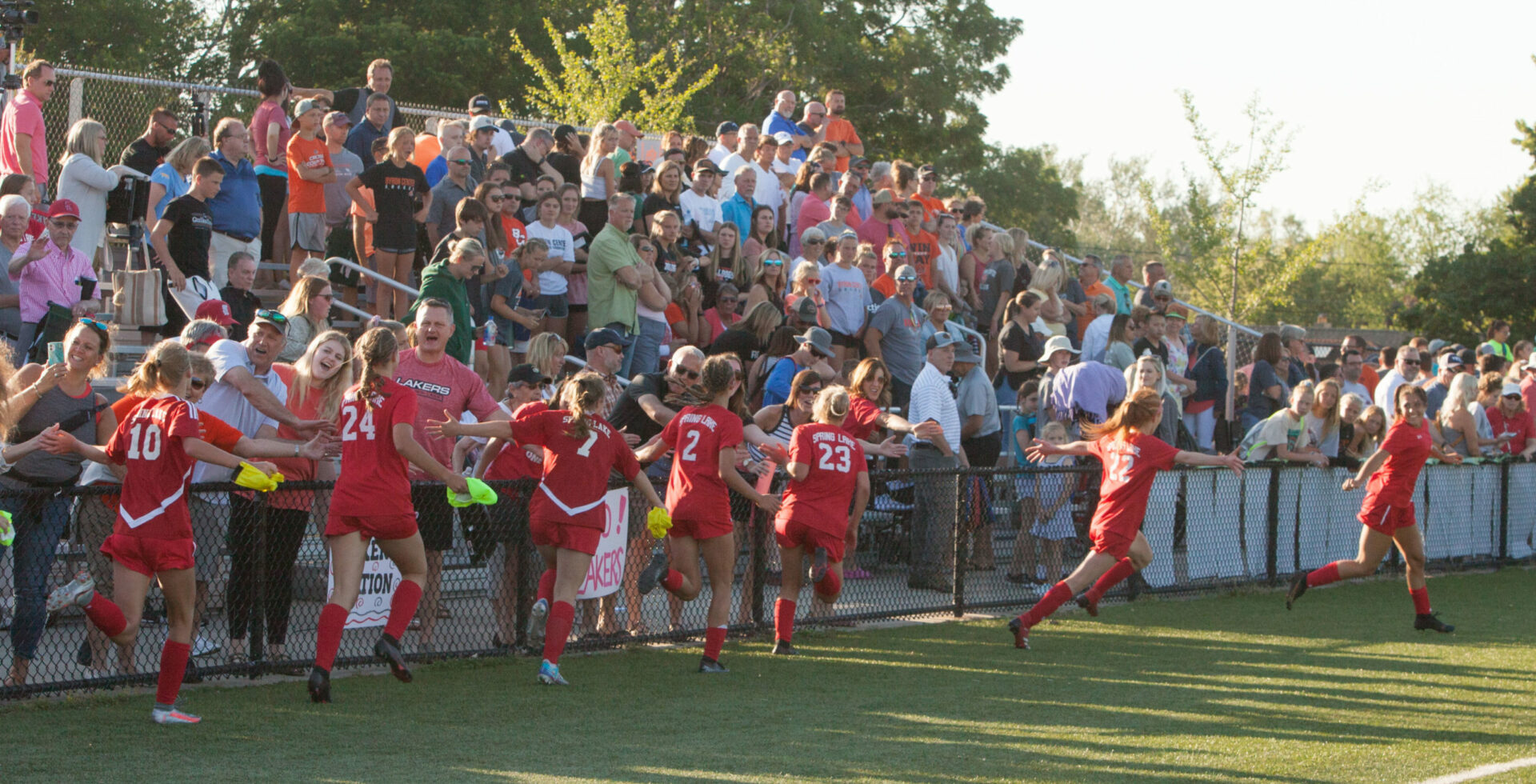 The Spring Lake team is congratulated by ecstatic fans after the incredible win. Photo/Jason Goorman