It’s a chance of a lifetime for youth football players from Hesperia, Walkerville 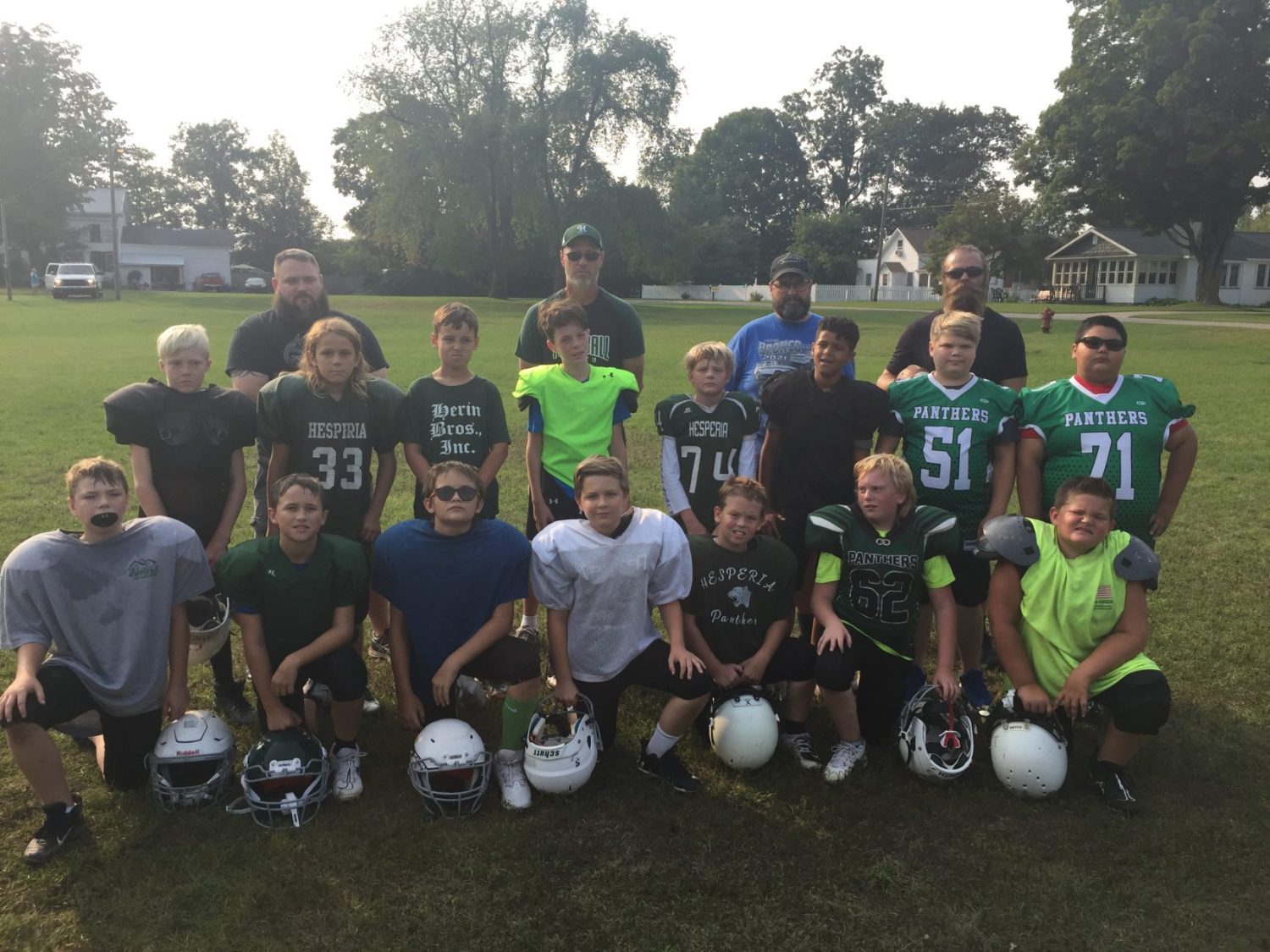 By Nate Thompson
LocalSportsJournal.com
HESPERIA – Trevor Tinkham and his wife, Courtney, were hoping to provide a thrill to youth football players from Hesperia and Walkerville by giving them an opportunity to watch the Detroit Lions live and in-person at Ford Field.

What they instead received from the Lions was much more than they ever expected.

“My wife called down to the Lions and was asking about group ticket pricing,” Tinkham said. “We were interested in taking some of the area kids down to watch the Lions. So, she’s talking to group sales and we told them it’s for a youth football team. And they told us they actually had a team back out and asked if we were interested in playing.”

No, Hesperia won’t be playing against the Lions themselves. Instead, they’ll be facing fellow youth team Reed City in an opportunity presented through the Lions’ Football Education program, which each year offers youth teams from around the state the chance to apply to play at Ford Field. Already on Sept. 11, teams from the Muskegon Elite program and Fremont played after the Lions’ close loss to the Philadelphia Eagles.

The Tinkhams asked the Lions which date was available to play and then called the families of their fifth- and sixth-grade players to see if there was enough interest.

“It took about 30 minutes for us to say yes,” Tinkham said, who is the president of the Hesperia Youth Football Program.

So, following the Lions’ Sept. 18 contest against the Washington Commanders, about 22 fifth and sixth graders from Hesperia and Walkerville will form a tunnel as the Lions players depart the field, and then they’ll take the big stage themselves.

Hesperia’s fifth and sixth grade had 36 children try out at the beginning of their season, so they split them into two separate teams, coached by Will McGahan and Dave Castillo. At Ford Field, they’ll join forces and coach together. Castillo primarily runs a spread offense, while McGahan operates a run-heavy pistol attack, so they may have to divvy up the play calling.

So far, the teams have played Fremont – before their trip to Ford Field – and Cedar Springs.

Tinkham said a large number of families will be staying in Detroit the night before and are looking forward to experiencing the fun of the downtown area. He said the actual game experience should produce a few goosebumps for young and old alike.

“I can’t wait to see their faces when they see themselves on the big screen,” Tinkham said. “The kids are all really excited.”

Tinkham has a son on the team, fifth grader Tanner Tinkham, as well as a great nephew, Wayne Tollenaar.

“We’ve got a few kids from Walkerville that play in our program, so we’ll be representing two communities,” he said.