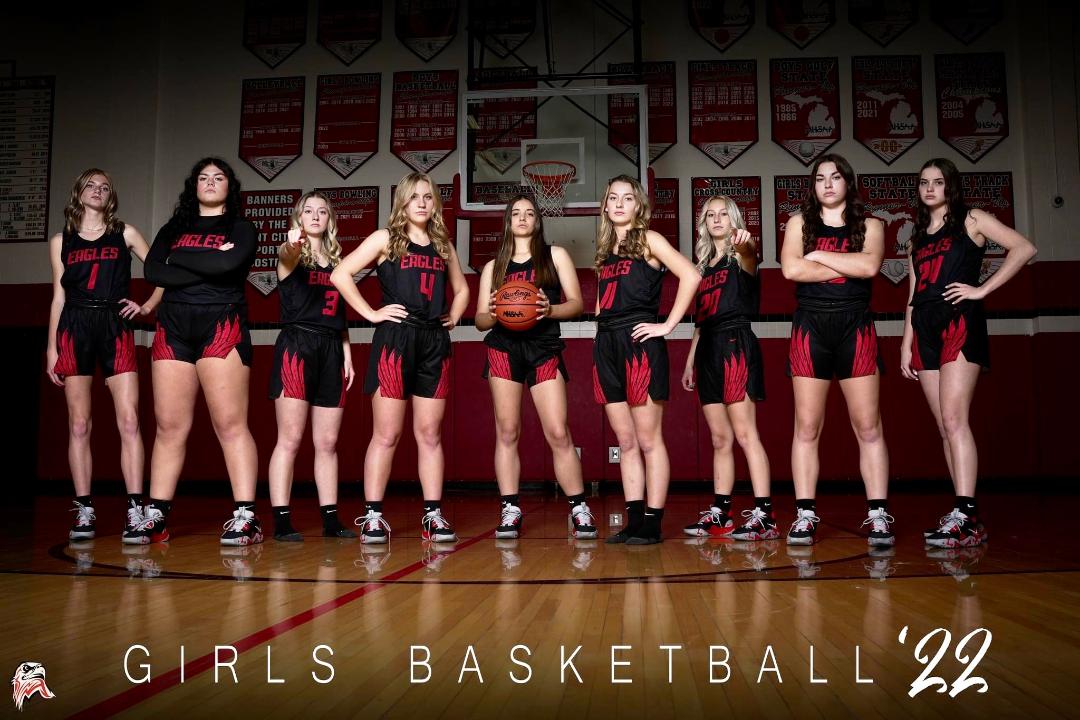 LocalSportsJournal.com
KENT CITY — The Kent City Eagles girls’ basketball team wasted little time dispatching of the Morley-Stanwood Mohawks on Friday.
The Eagles clobbered the Mohawks, 61-28 in a Central States Athletic Association contest.
Morley-Stanwood had no answers for the 1-2 offensive punch of senior Lexie Bowers or junior Maddie Geers.
Bowers had a game-high 20 points, eight rebounds and nine steals.
Geers finished with 19 points, seven steals and four rebounds
Other key contributors included Savannah Miller with 11 points and five rebounds and Hailey Kamphuis with eight points, four rebounds, three steals and three assists.
Kent City jumped out to a 18-6 lead after one quarter and extended that to 32-15 by the half.
The Eagles didn’t slow down in the second half as they outscored the Mohawks 12-7 in the third quarter and 17-6 in the final eight minutes.
Morley-Stanwood was led by McKenna Martin with eight points.
Kent City (8-2, 3-0) will be back in action on Friday, Jan. 13 when they travel to Tri-County
Photos below are courtesy of Krisha Wainright 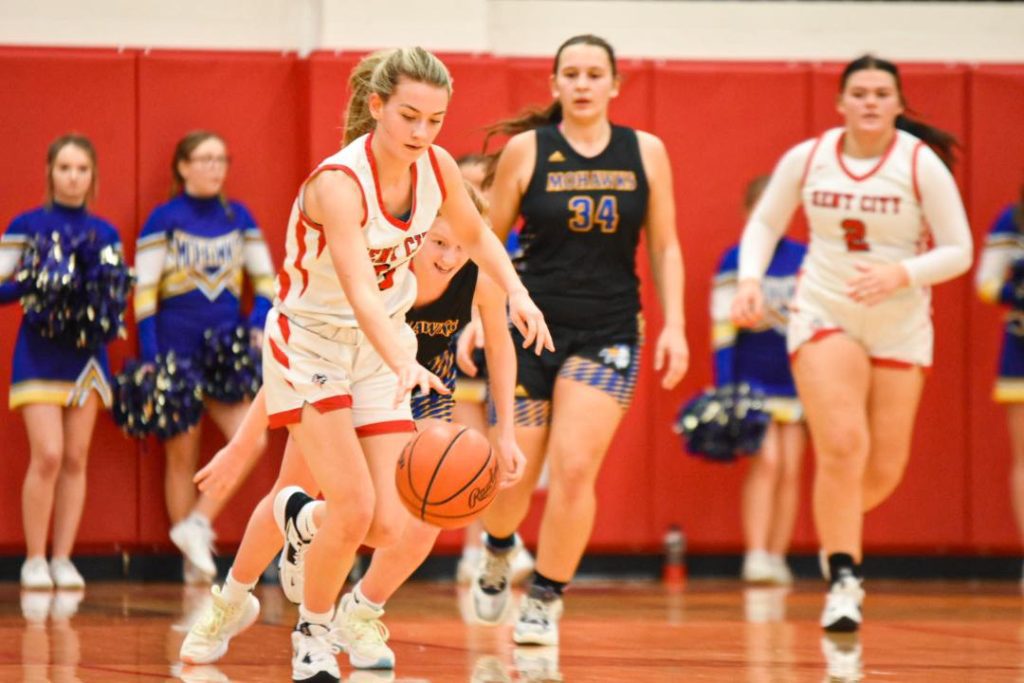 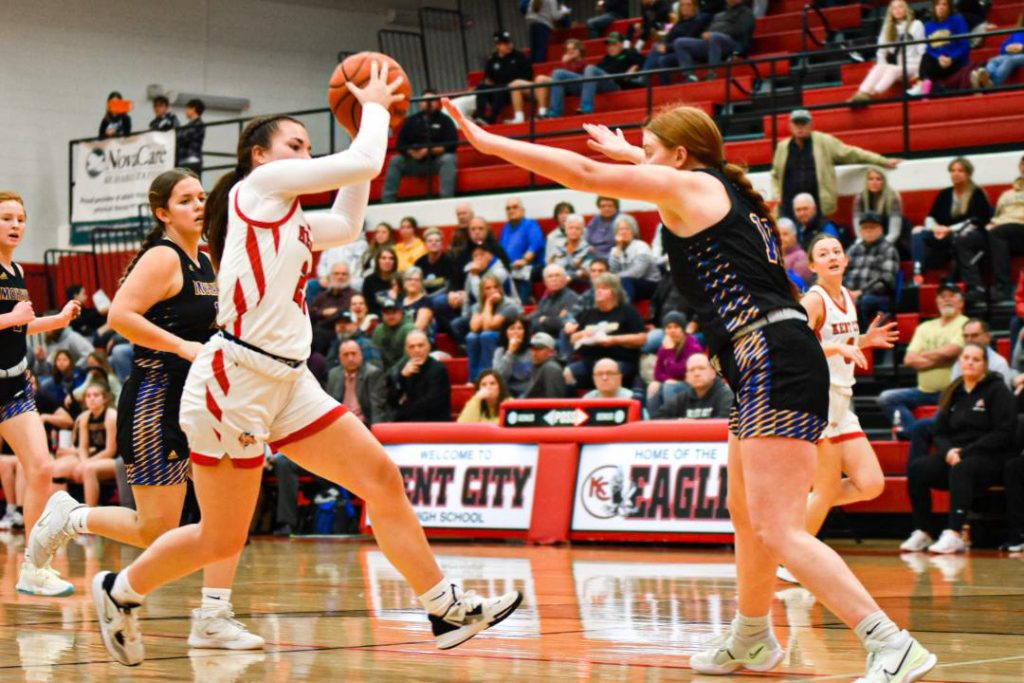 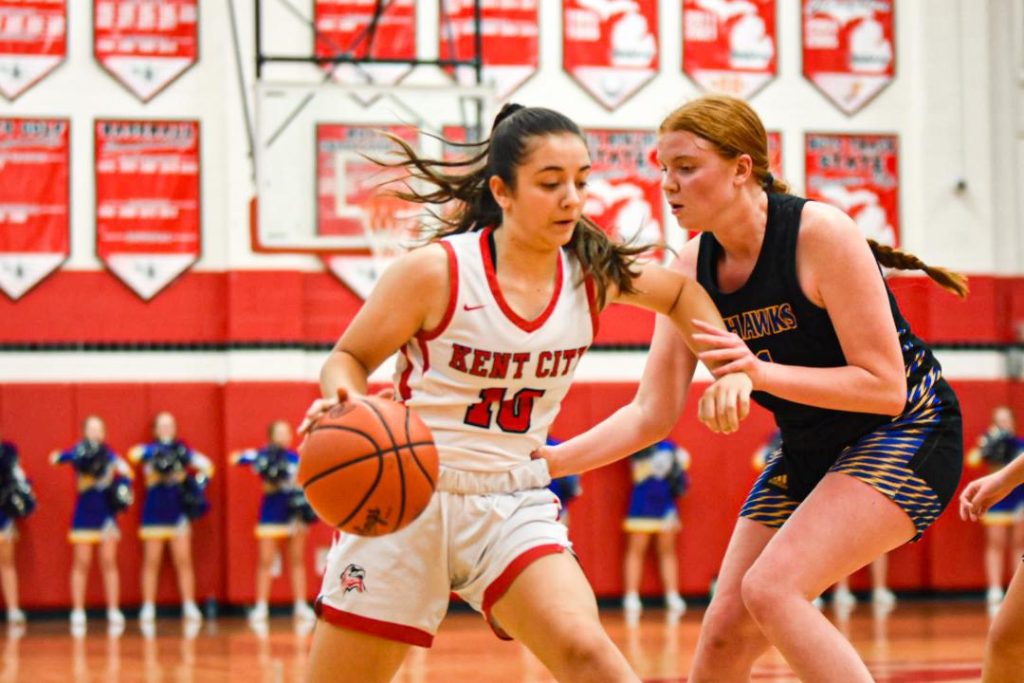 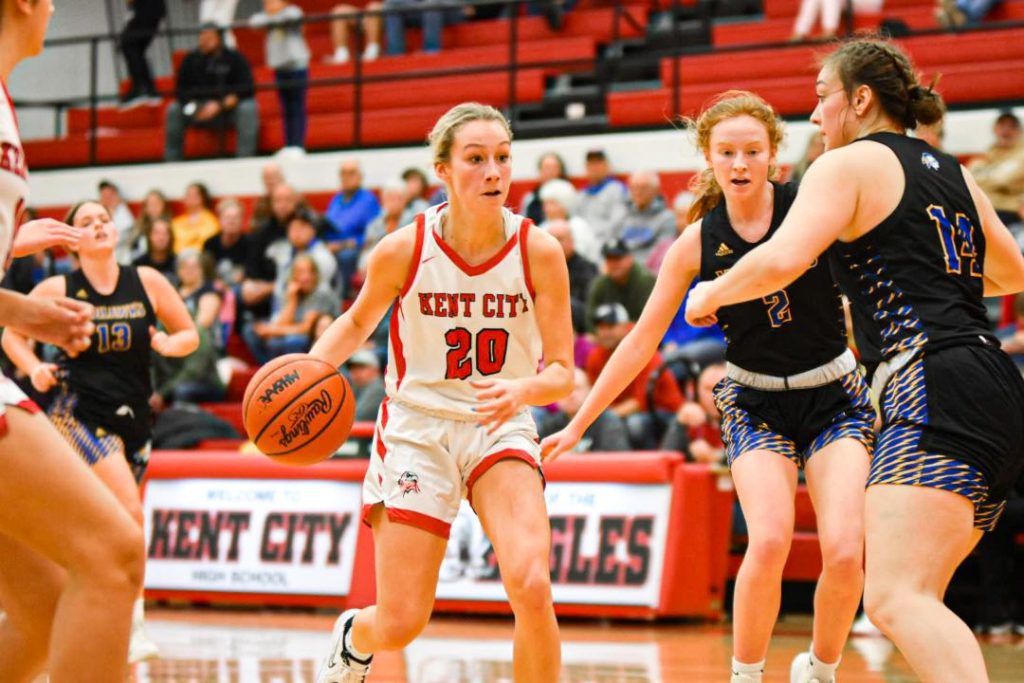 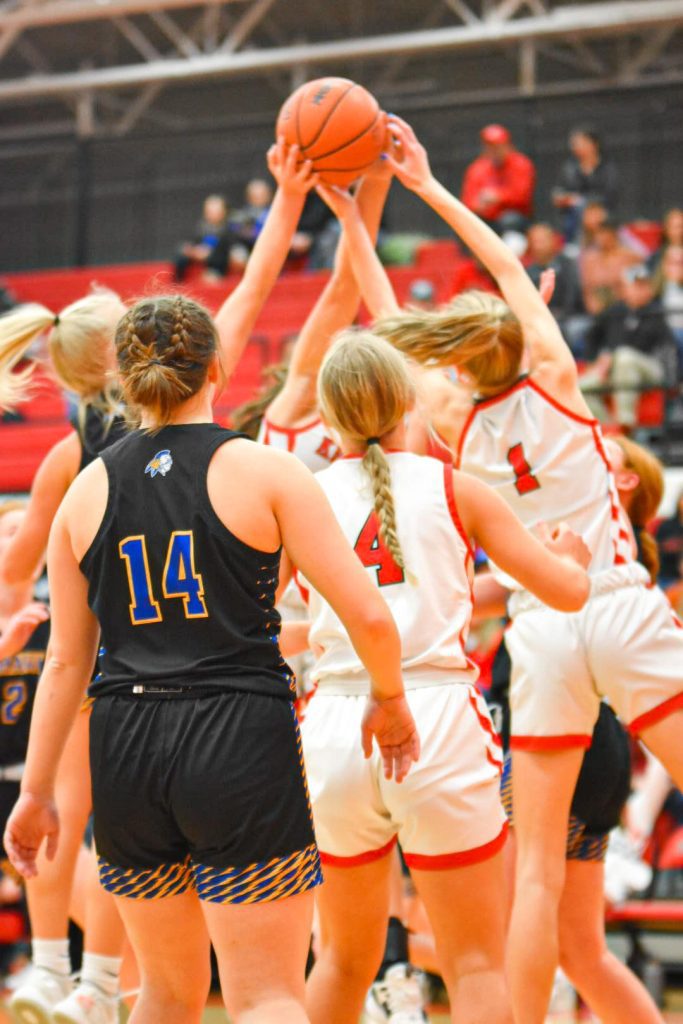