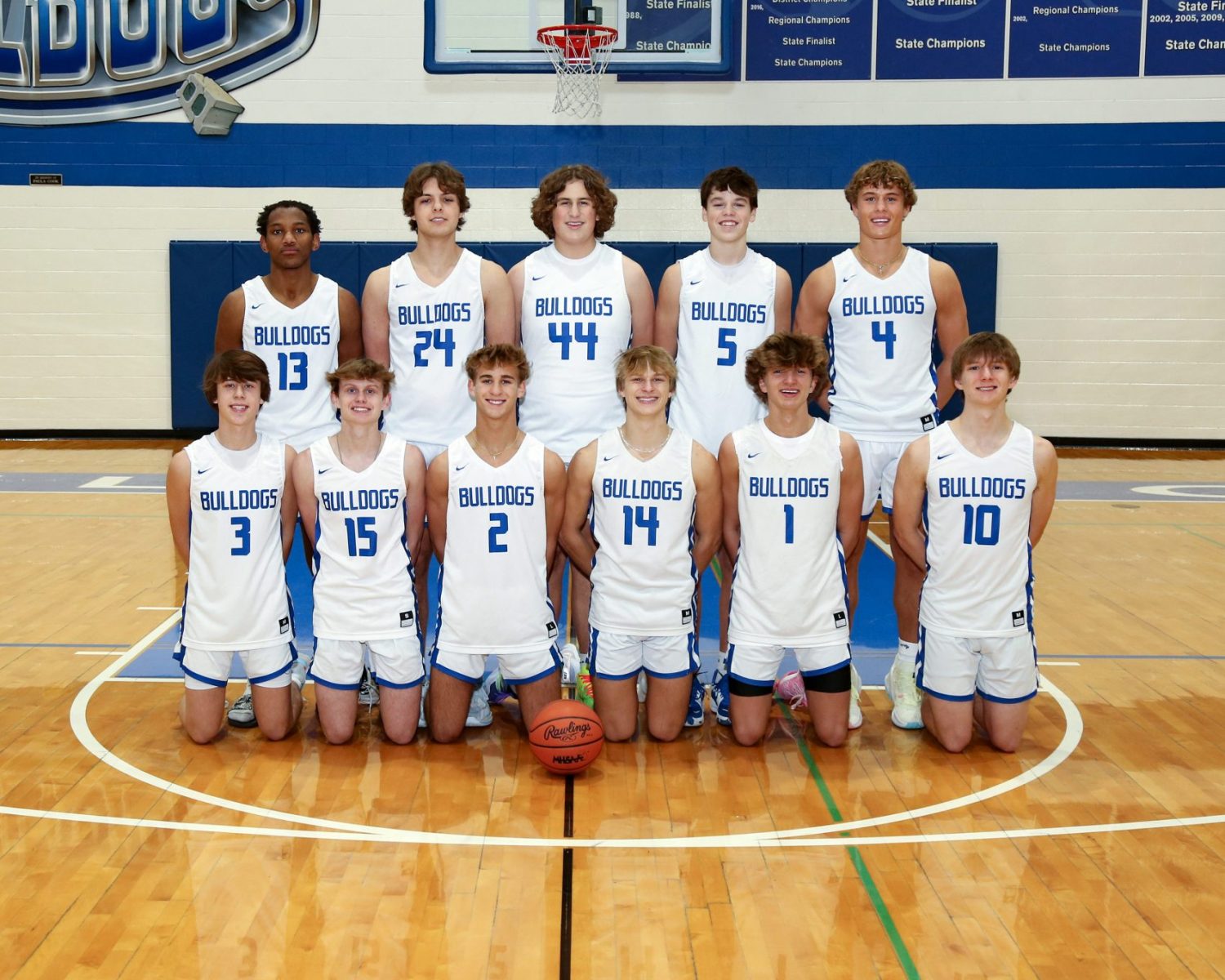 HOLTON–The Ravenna boy’s basketball team cruised to a 83-43 win over the Holton Red Devils on Monday evening in a West Michigan Conference-Rivers contest.

The Bulldogs raced out to a 21-14 lead after the first eight minutes of action. They extnded that lead to 43-24 by the halftime break by outscoring Holton 22-10 in the second stanza.

Ravenna didn’t let up in the third period as they racked up a 25-9 scoring advantage and led 68-33 heading into the fourth quarter where they held the upper hand 15-10.

Caleb Forsythe led Ravenna with a game high 23 points. Wyatt Young tossed in 16 points while Drew Mabrito chipped in with 11 points.
Carter Brant led Holton with a team high  18 points, seven rebounds and three assists. Brodrick Fialek tossed in 14 points and grabbed five rebounds while Chase Albright hauled down five rebounds.
“Ravenna played a really nice game tonight.  I thought we were quite competitive until we took on heavy second quarter foul trouble,” said Holton head coach Keith Swanson. “However, the reality is if our defense doesn’t get better we won’t be hanging around late very often.”