Muskegon cruises to 21-point win over Fruitport at district opener 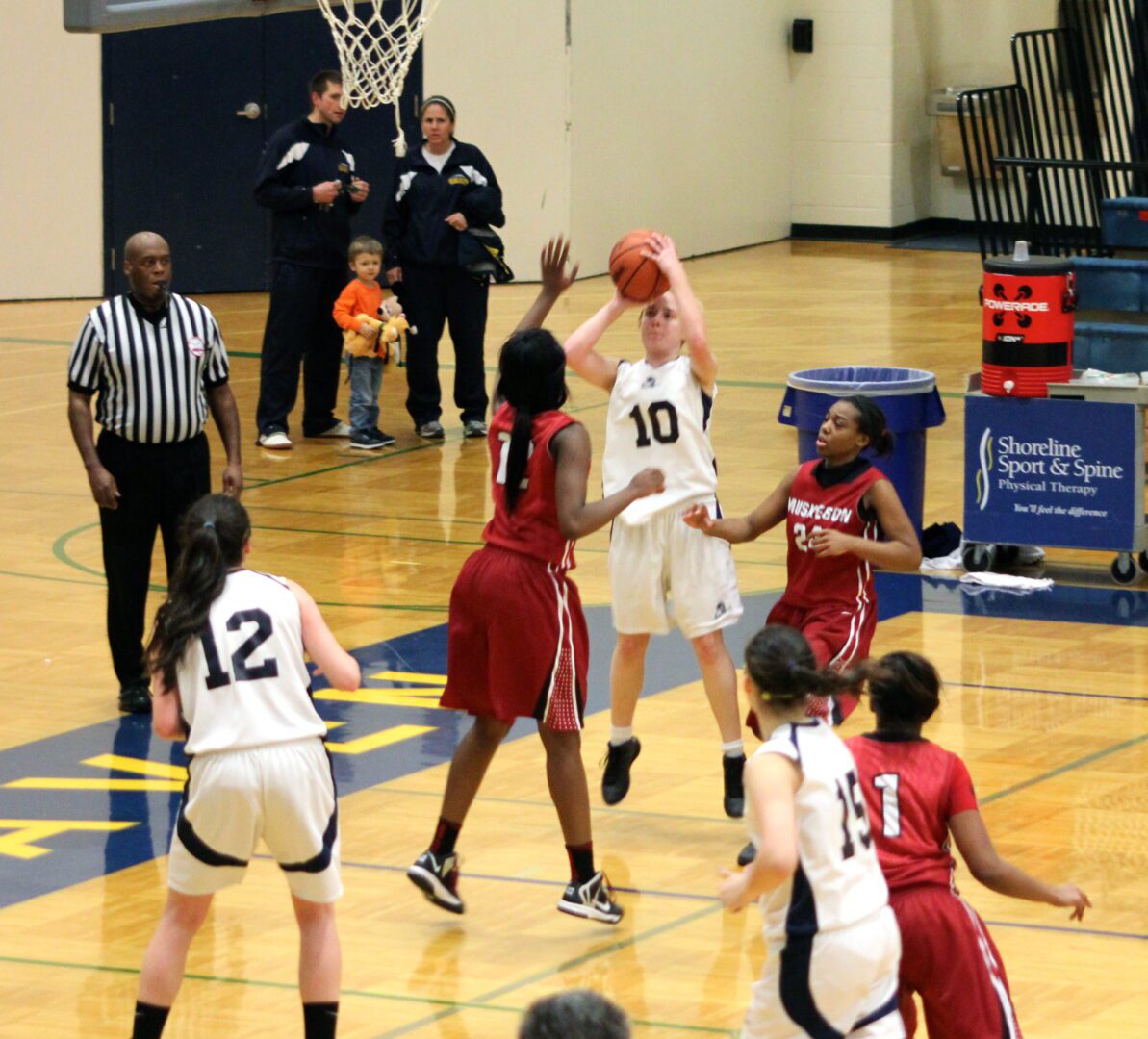 GRAND HAVEN – For the first eight minutes, things looked good for underdog Fruitport versus Muskegon Monday night, at the Class A district opener at Grand Haven.

But then the Big Reds’ tenacious defense finally broke through and the Trojans were unable to recover, resulting in Muskegon’s 72-51 victory.

Muskegon moves on to face Cedar Springs, which dispatched Kenowa Hills 57-29 in the other 6 p.m. district opener. The Big Reds will play Cedar Springs at Wednesday’s district semifinal nightcap beginning at 8 p.m.

“I liked that everybody got a chance to be involved,” said Muskegon head coach Taushauna Burrell, who saw nine of her players make it into the scoring column. “A lot of my younger kids got to play and see what it is like to play at this level, and I liked that everyone had fun.”

When Burrell was asked about her press, which resulted in over 20 Fruitport turnovers on the night, she smirked and answered, “I liked that too.”

The Trojans looked like they might be in line to make Muskegon go four quarters, trailing 19-14 after one quarter and seizing a load of momentum across the opening frame. But things soon turned sour for Fruitport as Muskegon’s scrambling full-court press confounded the Trojans, resulting in eight second-quarter turnovers and shooting just 3-for-10 from the floor across that stretch. Muskegon opened the frame scoring the first 11 points en route to a 37-22 half time lead.

“We hung with them early, and I think that gave us some confidence,” said Fruitport head coach Bob German. “We would knock down a few shots but every time we did, they’d answer with one of their own.”

The Trojans rebounded a bit in the third, cutting the lead to seven, 46-37, after three while going on an 11-2 run to finish the stanza. Soon enough, however, the Big Reds regained control of the contest, pouring it on with a 14-0 run in the middle of the fourth. From there, Both coaches cleared their benches and got their entire squads into the game.

“When we’re on, we’re on,” said Burrell. “Hopefully, we can steam roll this feeling and this momentum right on through the tournament. The playoffs teach us that we can’t take off any possessions. On any given night, any team can get knocked off. That’s something we are going to watch and tweak.”

For Fruitport, which ends the season with a 6-20 overall record, Coach German said he felt a little like this one slipped away.

“Realistically, I am proud of them the whole game,” said German. “We broke down a couple times, but that’s one of the better teams we played all year. On another day, it’s possible we could walk away with the win.”

Muskegon’s Mardrieka Cook led all scorers with 18 while also finishing with eight boards and four steals, while teammate Janiece Levelston and Keirra Guy added 16 and 14 points, respectively. Levelston also came up with six steals, Raven Moore dished out seven assists, and Jade Paige had a team-high 11 rebounds in the win.

Junior Francesca Cerniglia had an outstanding night for the Trojans, scoring 16 points and grabbing 16 rebounds, with teammate Breanna Burns adding 10. Debbie Pekel finished with six boards and four steals in the loss.

Fouled out: Cerniglia. Technical fouls: none.

I Am Basketball League goes at it again [VIDEO]