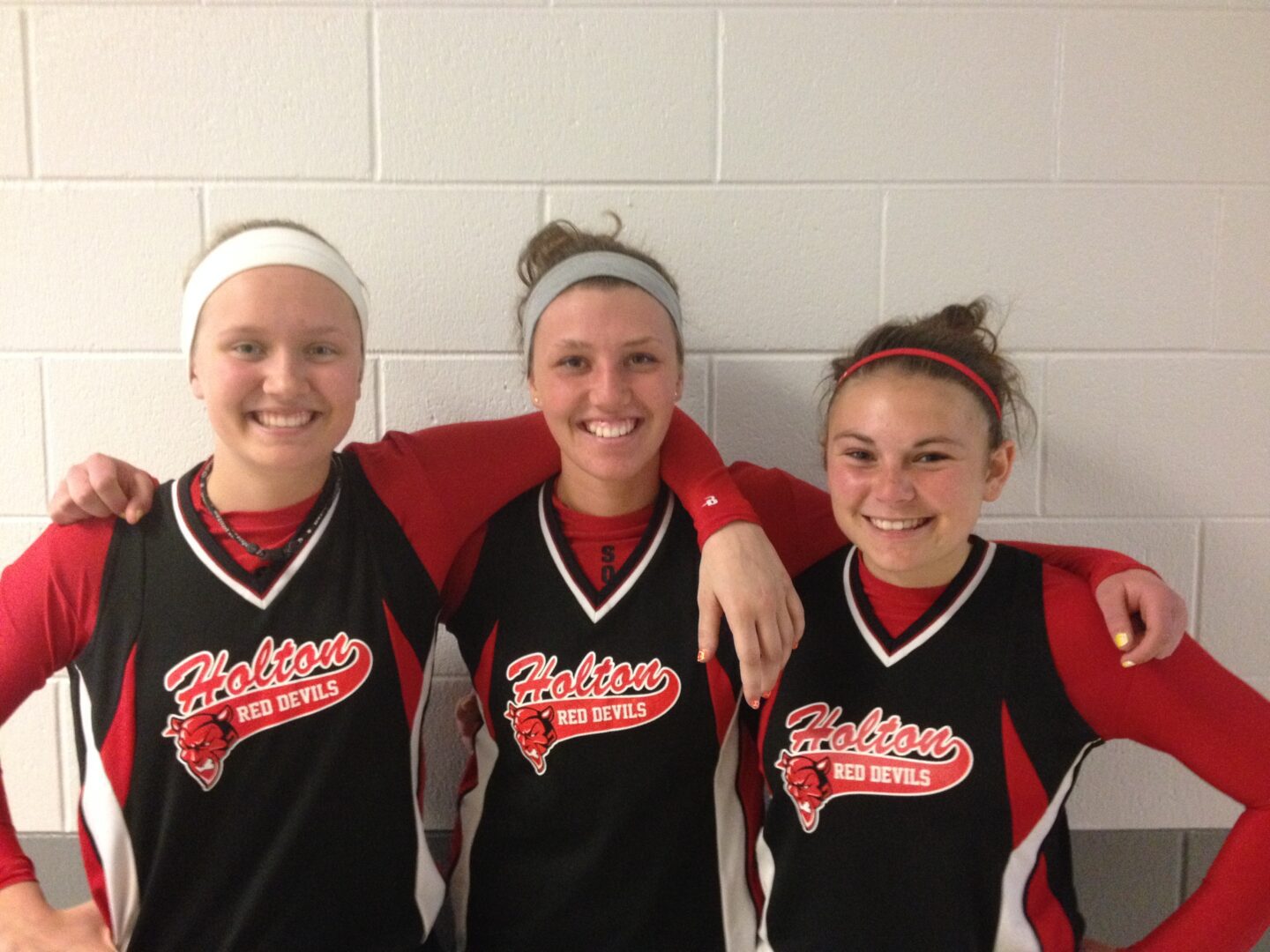 HOLTON – Holton softball coach Jeremy Hartwick had enough to be excited about with the return of three standouts this season – Rachel Younts, Ashley Friend and Jacki Stone – plus three other starters from last year’s state semifinal team.

Toss in three very promising freshmen, and the Red Devils appear to have the weapons to finish what they started last year.

The Red Devils raised more than few eyebrows last spring in the state tournament. After finishing a disappointing third in the Central State Activities Association, they found their stride in the postseason, winning Division 3 district and regional titles. 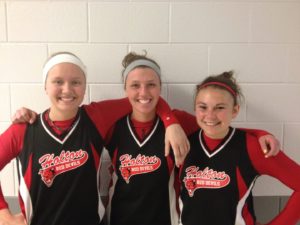 They lost a 4-3 heartbreaker to Unionville-Sebewaing in the state semifinals in Battle Creek. They had the tying run on base in the seventh and final inning, and there’s no telling what might have occurred if that run had scored.

The defeat was hard for Holton, but not as bad as it might have been. That’s because many of the top players were underclassmen who would return this spring.

“This group of girls, they know how good they are, and they show up to work every day as hard as they can,” Hartwick told Local Sports Journal.

“At tournament time last year they believed in each other and in me, and they would have run through a brick wall for each other. That’s the way they are this year, too.”

The Holton squad had been built around three standouts for the past two seasons – Younts, Friend and Stone, who grew up playing softball together

They broke in as exciting freshmen, came close to winning state as sophomores, and have a great deal of confidence heading into their junior season.

Younts, a pitcher, posted a 23-7 record last year with 232 strikeouts and 78 walks in 179 innings. She started the season slowly, with the majority of her walks coming in the first few weeks.

But she was at her best when it mattered most, helping her team advance to the final four while earning All-Conference conference, All-Area and honorable mention All-State honors.

Younts has already perfected her fastball, curveball and changeup, and is working on several new pitches for this season, according to Hartwick.

“She was locked in by midseason,” Hartwick said. “She was as good as I’ve ever seen her. She throws hard, probably around 60 mph, but her real gift is her location. She puts it where she wants it and makes it hard for hitters.

“She also know she has a good defense behind her, and isn’t afraid to let them hit the ball.”

Stone demonstrated her versatility last season, starting the season in center field before moving to catcher and finally shortstop.

Her proficiency at each position helped her become a first team All-State selection as a utility player.

Stone was also strong at the plate, hitting .424  with two home runs, 30 RBI and 19 stolen bases. She only struck out 12 times in 115 at bats while earning All-Conference and All-Area honors.

“She’s a phenomenal athlete, a natural athlete,” Hartwick said of Stone, who will play first base this spring. “She will sacrifice herself for the team.”

Friend, a catcher, had huge offensive numbers last year, hitting .449 with 27 RBI and 16 stolen bases. She also stood out defensively, throwing out 10 of 14 base stealers and picking another seven runners off base.

Those numbers earned Friend a spot on the All-Conference and All-Area teams.

“It got to the point where people were not even trying to steal on her last year,” Hartwick said. “She’s a ballplayer. She works hard year round to get ready, and works through a lot of little injuries she gets behind the plate. She gets mad when I try to give her a break.”

The other three starters will be freshmen Emily Larabee (outfield), Mikaela Baker (second base) and Shelbey Younts (left field). Larabee and Baker are already two of the fastest players on the team, while Baker and Younts are both pitchers who can provide some relief for  Rachel Younts.

“They remind me a lot of Jackie, Rachel and Ashley when they came in as freshmen,” Hartwick said. “Defensively they are already very solid players and have lots of offensive potential.”

They are determined to take their revenge and win the conference this year, which would be no small task, since the CSAA includes several schools that have much higher enrollment than Holton.

But their goals go far beyond a league trophy, according to Hartwick.

“I know their first goal is to repeat as city tournament champions and their second goal is to win the conference,” said Hartwick, whose team is eager to hit the field after losing nine games to weather conditions this spring. “And from what they tell me, they plan to win the state title this year.”

The Red Devils will move down from Division 3 to Division 4 this year, which means the competition for a state crown may not be quite as daunting.

“My feeling going in is that we should be able to at least get back to where we were last year,” Hartwick said. “I know we’re good enough to win it all, but it’s a matter of going out there and doing it. There are a lot of teams that feel the same way that we do.” 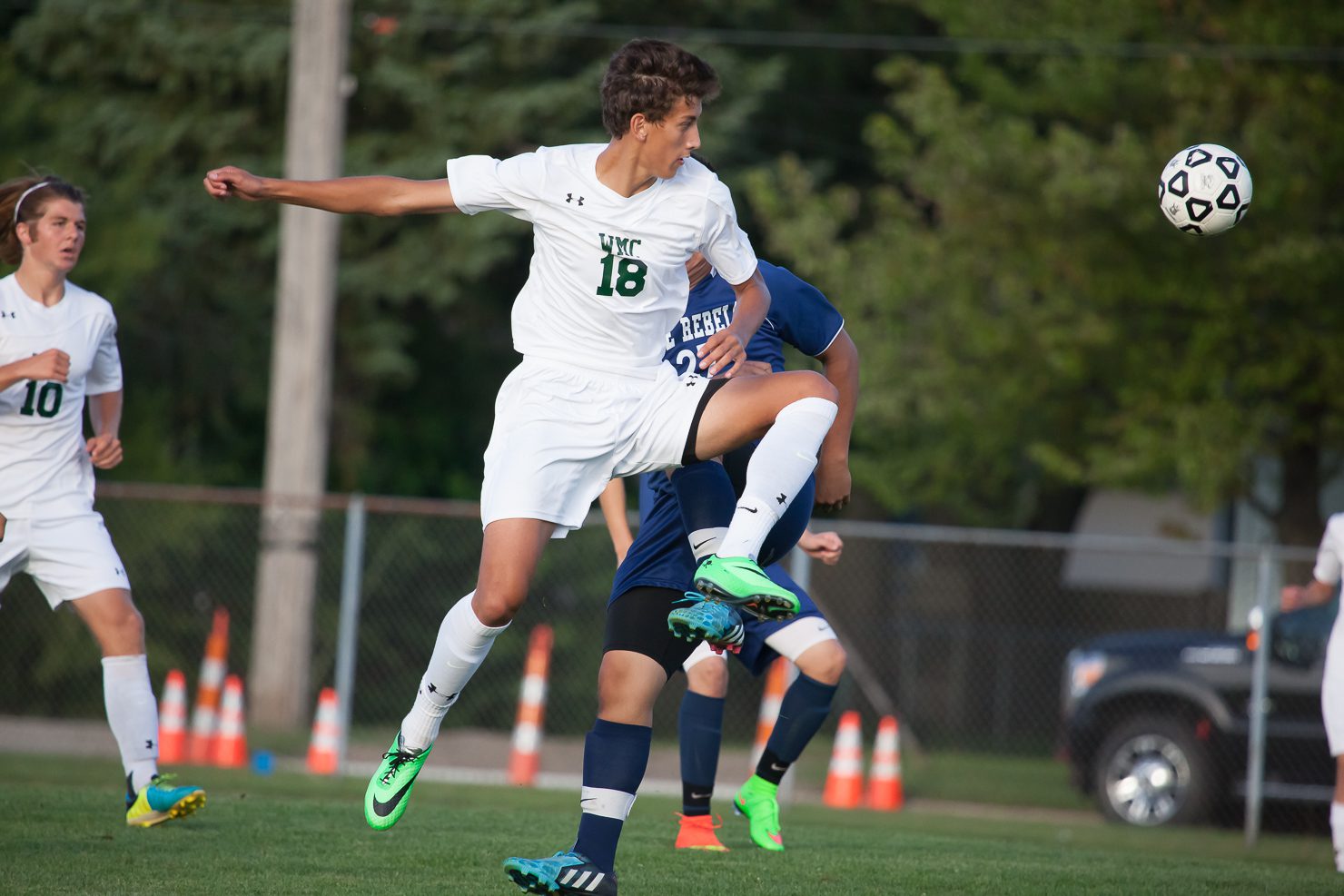