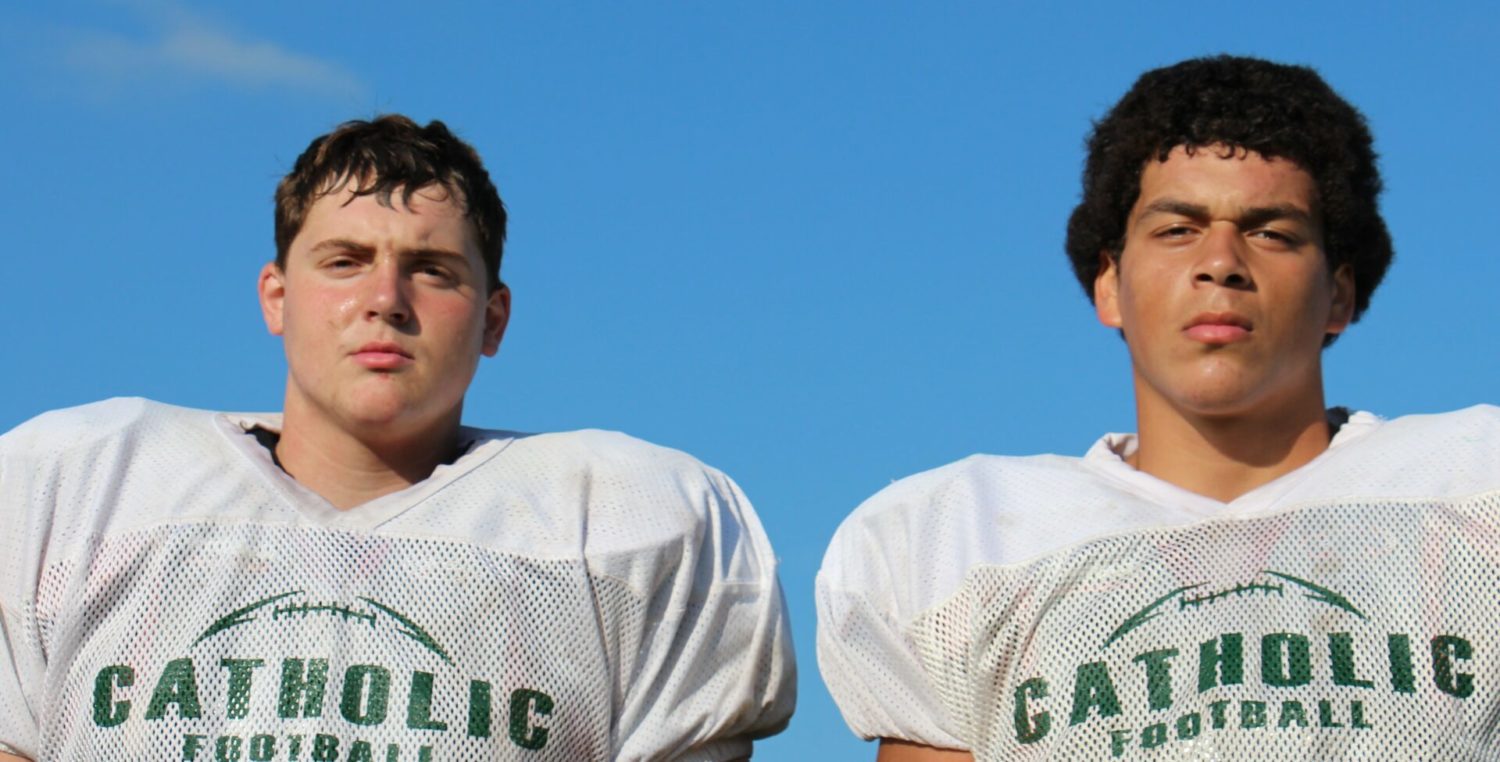 “They won a state title last year, but one of the biggest accomplishments for these guys is they played in Week 1 against a very good Bishop Hartley team that was runner-up in in Division 5 in Ohio,” Czerwon said. “And they went both ways in 92-degree heat.

“That was a testimony for them to stay on the field and a testimony for their offseason conditioning. That’s hard to do with guys that big to play both ways in a two and a half hour football game in that kind of heat and humidity. That reflects on their dedication in the offseason.”

MacPherson and Caughey are hungry for more success, including a possible unbeaten season.

They are the senior leaders of another talented offensive line that has helped propel MCC to a 5-0 start and the No. 1 ranking in Division 8. A win Friday at Fremont (1-4, 0-3) will secure an automatic playoff berth as the Crusaders embark on defending last year’s state crown. 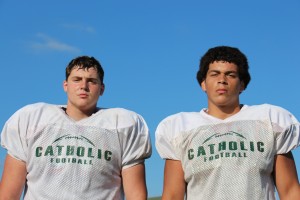 MCC’s line play – under the direction of assistant coach Mike Ribecky – has long been a strength of the Crusaders. This group features MacPherson and Caughey, who’ve been through the battles last season and are helping control the game up front again this season.

“It’s going pretty well,” said the soft-spoken MacPherson, who switches to a more aggressive personality in his game uniform. “Now we are one win away from qualifying for the playoffs and that is one of our biggest goals.”

What’s motivating Caughey and MacPherson this season after so much success as juniors?

“We went all the way last year,” Caughey said. “That is always something that is on our mind. We want to do it again.”

Added MacPherson: “It’s probably my team (motivating me) and how successful we were last year. We’d like to have that success happen again.”

MacPherson, who wears No. 74 and plans to study criminal justice in college, plays left offensive tackle. Caughey, who wears No. 62, plays the same position on the right side of the line.

MacPherson is especially impressive with his 4.9 speed and ability to bench press 350 pounds, squat 530 and deadlift more than 500 pounds. Caughey is no slouch, either, with a bench press of 250 and a squat of 450.

“Both kids are really hard workers and both kids are extremely dedicated in the offseason,” said Czerwon, whose team has won 17 straight games over two seasons and is 3-0 in Lakes 8 play entering Friday’s game. “Jaeden is one of the strongest kids to ever come out of Catholic Central.”

Caughey grew up watching a lot of Muskegon games and cites former Big Red and University of Michigan standout Terrance Taylor as his favorite area lineman.

Caughey’s attitude on the offensive line gets right to the point.

“I want to dominate the guy across from me,” said Caughey, who plans to study theology in college. “I have in my head I will push him as far as I can and open holes for the backs.”

MCC has dominated on both sides of the ball, outscoring opponents by an average score of 50-9.

Statistically per game, the Crusaders overwhelm opponents in total yards (387-236) and rushing yards (340-98). The Crusaders also have a potent passing game behind quarterback Nick Holt, but they haven’t had to go to the air too much in their lopsided games.

That’s because the offensive line clears the way for the runners.

Overall, Czerwon likes the offense being anchored by his two bookend tackles.

“They were good players last year for us on the state title team, but they were juniors,” Czerwon said. “So I think being seniors they have assumed a larger role leadership wise.

“Teaching new schemes and putting in new stuff makes it so much easier when you have experience up front. These guys know how to make adjustments. You do a lot less coaching than if you are working with newer kids.”

Defensively, MacPherson and Caughey double as tackles on the line. They’ve played sparingly on defense due to the lopsided games. MacPherson has registered 18 tackles and Caughey has eight stops.

MacPherson and Caughey said the Crusaders are right on track to meeting their goals. They don’t plan to let up while doing their part as bookend tackles.

“We definitely don’t want to get complacent,” Caughey said. “We are doing really well, but we can always get better. We just need to stay focused.”