NORTH MUSKEGON – Western Michigan Christian’s volleyball team knows how to serve it up. 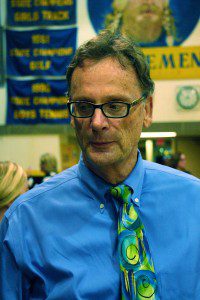 “If you can’t stop our serves, you’re not going to stop us,” WMC coach Ed Bailey said. “The games we’ve lost, it’s when they have passed our serves.”

WMC improves to 21-5-3 overall. The Warriors are 4-0 in the River Valley Conference and can clinch a share of the league title Tuesday night with a win against Tri-unity Christian.

The Warriors got off to a fast start in the first set and built a 9-3 advantage. Strong serving by Miranda Shafer and Allison Bergklint helped WMC to the 25-17 first-set advantage.

WMC controlled the action in the second set as well and NM couldn’t slow the momentum in the hot Norse gymnasium.

“They are aggressive serving and we let them get runs that we shouldn’t have,” NM coach Chelsea Cooke-Tripp said. “That has been a struggle for us in most games, letting teams get 5-6 point runs on us. That’s when the girls tend to fight back. They like to be under pressure. But that’s not the best situation to be in.”

Bailey cited the play of Shafer, a setter, who had a big night for the Warriors with 11 kills.

“Miranda set a good game tonight,” said Bailey, whose team was ranked No. 10 in Class C to open the season. “She spread the ball around and confused the defense on the other side.”

Bronte Michura produced 11 kills and Mikaela Erickson had a season-high seven kills for the Warriors. 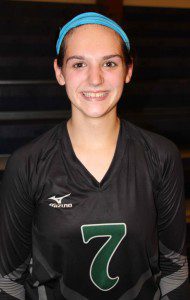 Leading the Norsemen were Maggie Karaba with 17 digs, Summer Patricio with four assists and Maggie Ackley and Molly Huisingh with three kills apiece. Rylee Cooke and Huisingh also had one block apiece.

Cooke-Tripp said the Norsemen will focus on improving and getting ready for the Class C district tournament and a chance to face the Warriors again.

“Western Michigan Christian is a very strong team,” said Cooke-Tripp, whose team is 3-2 in West Michigan Conference play. “We are very much a defense-based team.

“I had my libero out there digging everything she could. I just said, ‘Play your hardest and don’t let anything hit the floor.’

“We will take notes from this game tonight and go after it hard in practice tomorrow and be ready for districts in a couple of weeks.”