Mike Babcock cheerfully signed autographs, posed for photos at Jacks game – until the action on the ice started 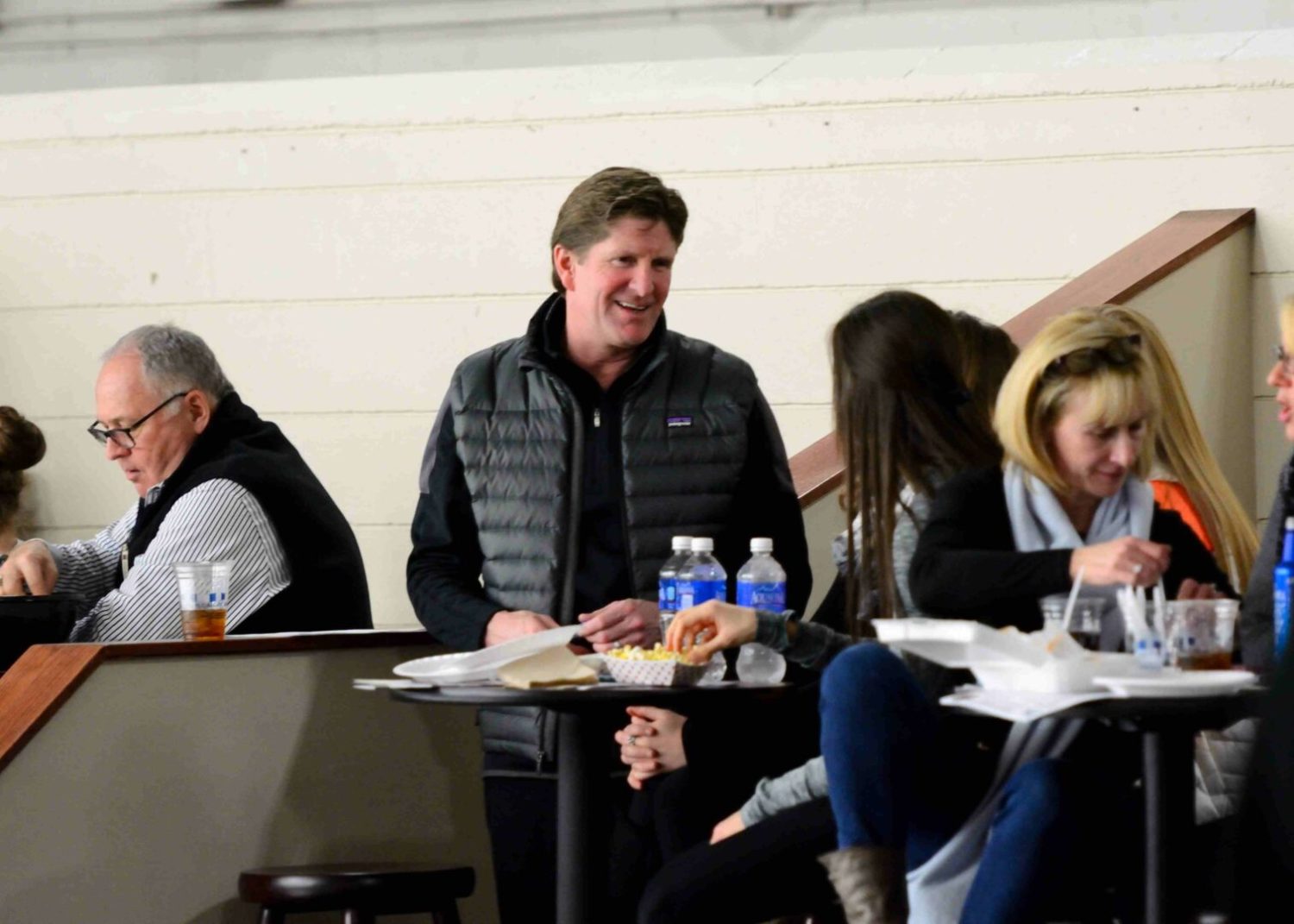 MUSKEGON – There wasn’t much of a chance that Detroit Red Wings Coach Mike Babcock was going to sneak quietly into L.C. Walker Arena Friday night.

After all, he announced on Fox Sports Detroit earlier this week that he was coming to town to watch his son – also named Michael Babcock – play with the Fargo Force against the Lumberjacks this weekend. 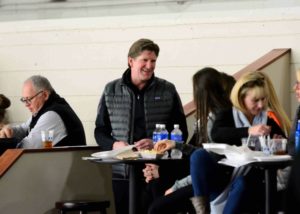 Babcock and the Red Wings have the weekend off due to the National Hockey League’s All-Star game.

Sure enough, Babcock barely got settled into his seat before the game when fans began to line up outside his box. And Babcock dealt with them all cheerfully and patiently, shaking hands, signing tickets, shirts and programs, and posing for photo after photo.

He even bent over and took a photo of himself, with two excited little boys at his side, because there was nobody to snap the photo for them.

He only stopped when play began, then catered to the crowd again between each period.

“I wasn’t too worried about it,” Babcock told Local Sports Journal, regarding the long line of fans seeking his attention. “When you come to a hockey game, at least in Michigan, people are going to know who you are.

“When the game is on I want to watch my kid play, but other than that, I enjoy it.” 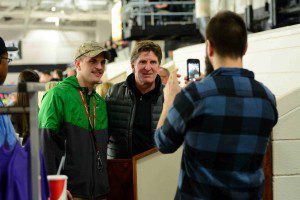 Redwings coach Mike Babcock takes time between periods to pose for photos with the many fans on hand. Photo/Eric Sturr

Babcock said he found a decent hotel in Muskegon, after joking on television earlier in the week about the prospects of finding one.

He also said he and his family spent a pleasant Friday afternoon cross country skiing at the Winter Sports Complex at Muskegon State Park.

Babcock said he doesn’t know much about the United States Hockey League, which the Lumberjacks and Force compete in, but said he likes what he has seen so far.

“I’m just enjoying what he’s doing,” Babcock said, referring to his son. “They’ve got a good game going here. Obviously it’s a good league. They all go on to play in college. I know my son really likes it.” 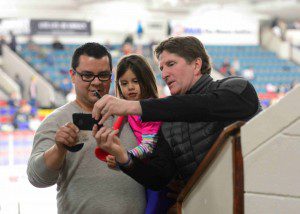