Holton cruises to a regional softball championship, improves to 36-0, with a pair of impressive wins on Saturday 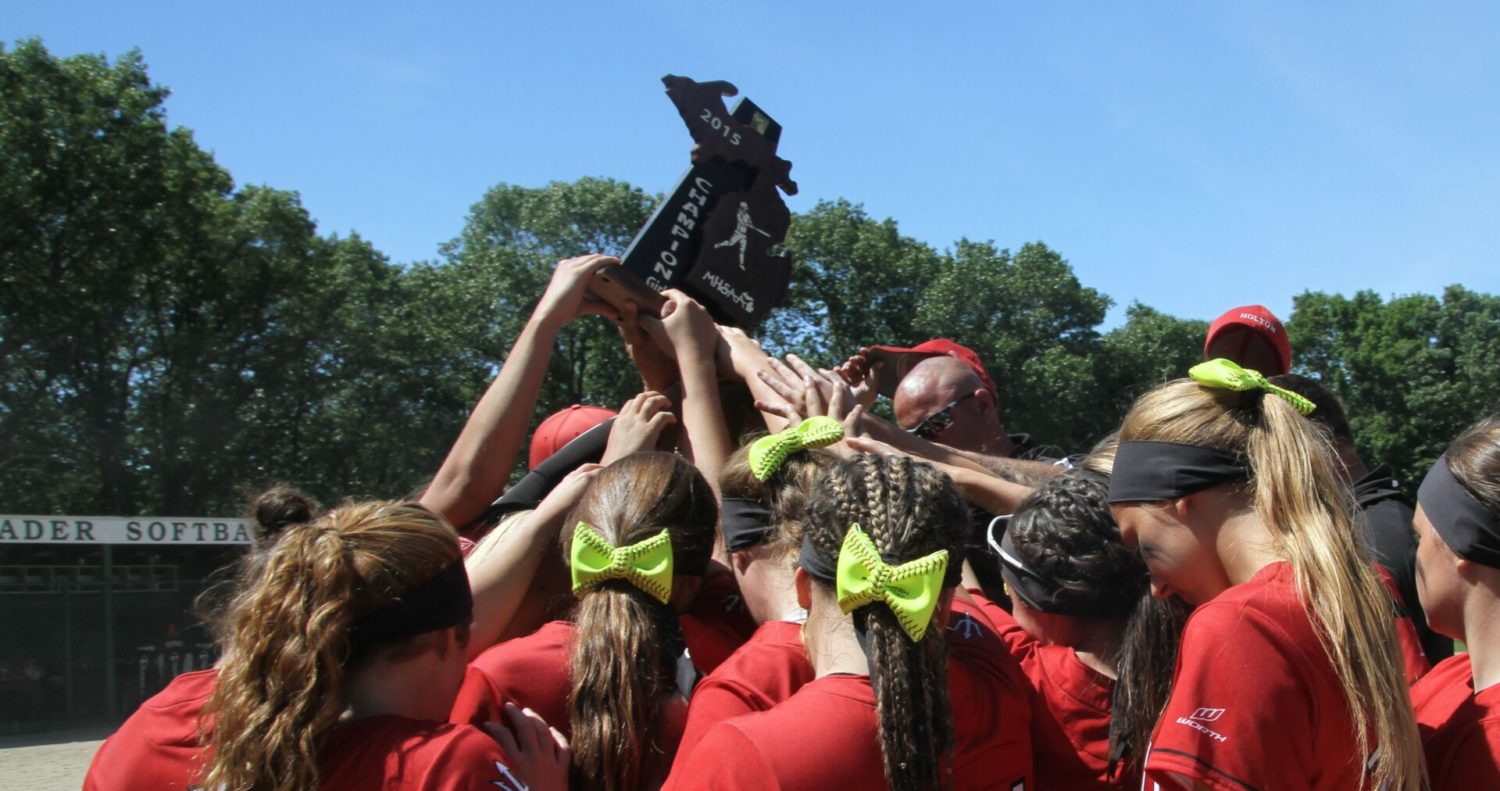 The Holton softball team just made it look that way.

The Red Devils cruised to a pair of impressive victories Saturday – 10-0 over Mason County Eastern in the first game and 8-2 over Beal City in the title contest – to capture the Division 4 regional tournament title at Muskegon Catholic Central High School. 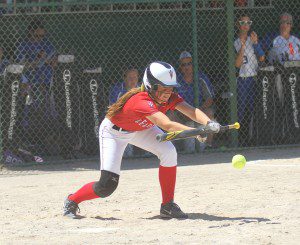 In the process Holton kept its perfect record intact, improving to 36-0.

The Red Devils advance to Tuesday’s state quarterfinal game against Coleman at 5 p.m. at Calvin College in Grand Rapids. The winner will move on to Friday’s state semifinals at Michigan State University, with the finals slated for Saturday.

“it’s crazy, because when we looked at our schedule at the beginning of the season and someone asked me what I thought, I said I thought we could win them all, but I really didn’t mean it,” said Holton Coach Kirk Younts, when asked about the spotless record. “It’s been a blessing, it’s been fun.

“We really don’t talk about (the perfect record). We keep things light at practice and try to stay humble. We’re just focused on winning a state championship, and we would be focused on that even if we had lost a game along the way.

“We’re not satisfied. We’re going to go to Calvin College Tuesday and give it our best shot.”

The confident Red Devils displayed their versatility Saturday in both victories. 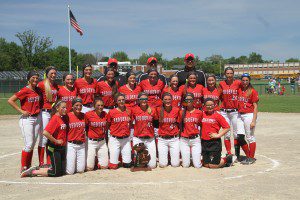 They had several big hits at key moments, including a three-run homer by Jacki Stone against Mason County Eastern and a two-run double by Ashley Friend against Beal City.

Holton also displayed its defensive prowess in the title game, with Rachel Younts only striking out two and her fielders calmly accounting for most of the putouts.

The Red Devils were particularly flashy in the field in the fifth inning against Beal City, when third baseman Kaitlynn Mock made a great backhanded stop of a hot grounder and threw the runner out at first, then right fielder Emily Larabee chased down a long fly ball near the foul line, bobbled it for a moment, and hauled it in.

“That saves our games,” Friend, Holton’s standout catcher, said about the team defense. “We’re not overpowering with our hitting but our defense is perfect – I guess I don’t want to say perfect, but we do what we have to do.”

Friend said the Red Devils are as calm and confident as they appear, heading into the dramatic final week of their season.

The championship game looked like it would be close for awhile. Stone had an RBI single, knocking in Larabee, who led off the game with a single. Beal City tied the game 1-1 with a run in the bottom of the second.

The Red Devils took control with three runs in the top of the third, fueled by three costly throwing errors by Beal City. They added two more in the fourth inning on Friend’s double, which scored Kaylee Slowik and Larabee, then scored their final two runs in the fifth with an RBI double by Mock, scoring Rachel Younts, and an RBI single by Slowik, scoring Mock.