GRAND HAVEN – It’s not hard picturing the Grand Haven volleyball team making another serious run for a state title this year, particularly after the way it dismantled East Kentwood on Thursday.

But don’t tell that to Buccaneer Coach Aaron Smaka – at least not yet –  even with seven players returning from last season’s state semifinal squad. 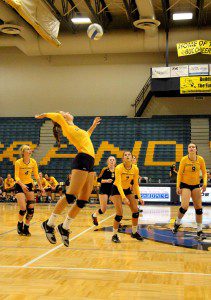 “We have to keep getting better,” said Smaka, whose Buccaneers dismantled the Falcons 3-0 on their home court in an O-K Red Conference matchup.

“I think it is definitely in the cards, it’s one of our goals to get back, but we know that it’s a lot of work because there are a lot of great teams out there.

“We are going to do our best to put ourselves in the best position to win those playoff matches.”

The Buccaneers are now 31-4 overall and 4-0 in the conference, good for first-place in the O-K Red.

Grand Haven, who is ranked fourth in the state, is looking for its first league title since 2012. The last two seasons the Bucs finished in second-place, including last fall when they lost a five-set match to East Kentwood for the title.

The Buccaneers never trailed during the first two sets. 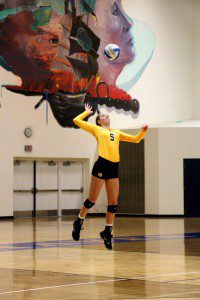 They jumped out to a 3-0 lead in the first set on three service points and one ace from Emily Lachmann. The Buccaneers took control with an 8-0 run that gave them an insurmountable 20-9 lead.

Lachmann, who had 12 kills and two aces in the match, started the second set like the first, with three early service points to give the Buccaneers a 4-0 lead. East Kentwood cut its deficit to 6-4, but never got any closer.

The Falcons took their first lead during the third set, jumping out to a 4-1 lead.  But the Bucs rallied  and closed the set and match with a 19-7 burst.

“At this point right now we are struggling,” said East Kentwood Coach Heather Magelssen. “But Grand Haven is a tremendous team, and unfortunately we did not play up to our capabilities tonight.” 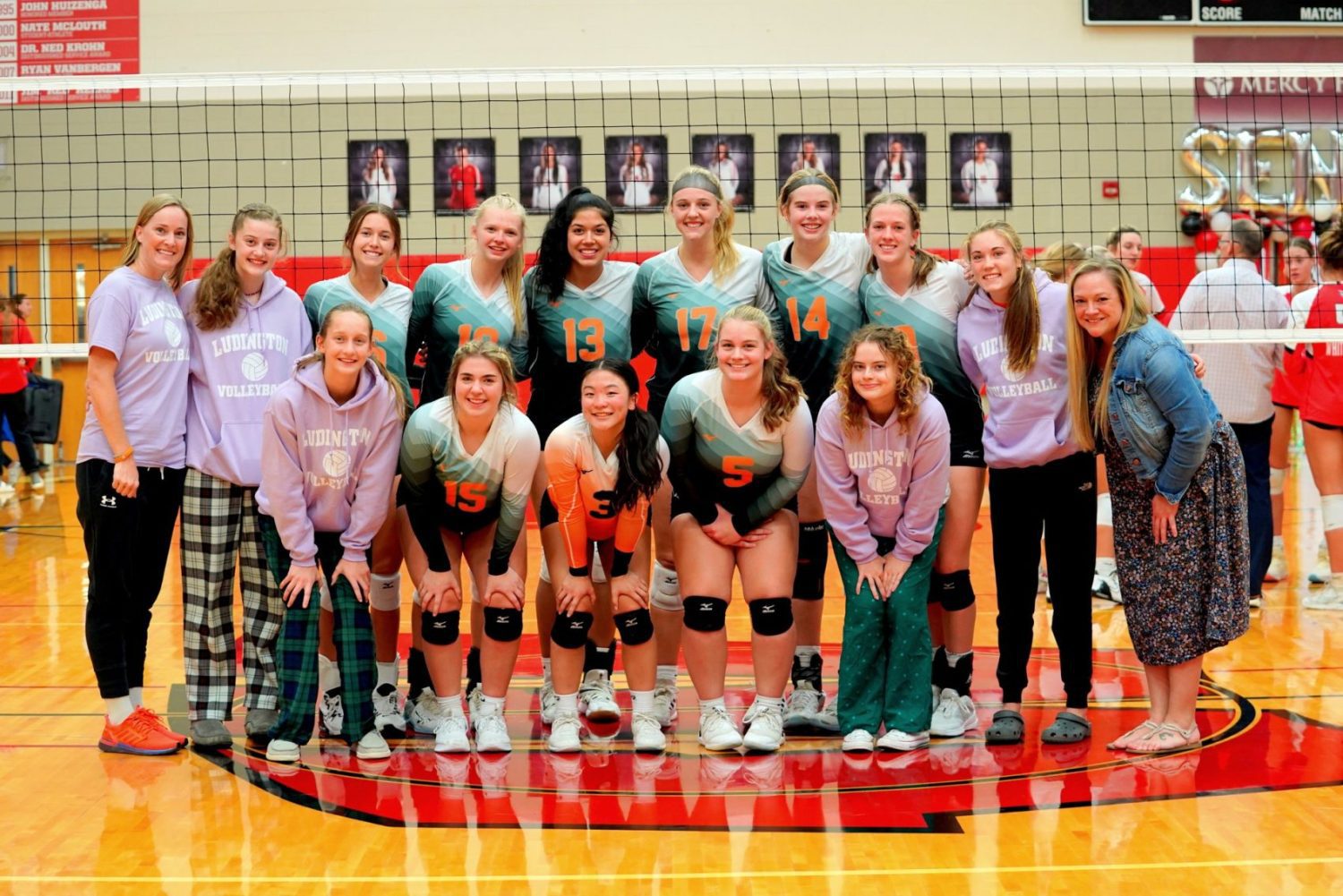