Local Sports Journal the magazine commemorates the exciting event in its March edition, with a special two-story package on the Ironmen and their owner, Terrance Williams, a former Oakridge football standout who went on to become a successful attorney in Los Angeles.

The March edition also includes a profile of Doug Baird, the successful Hesperia wrestling coach who is back with his team following a two-year leave that resulted from a local controversy; a profile of Muskegon Community College basketball star Eddie Tornes and his younger brother, promising Muskegon Heights freshman Eonte Tornes; and a feature on Rem Pitlick, the Muskegon Lumberjacks’ young scoring sensation.

Grab your free copy of the March LSJ magazine at the local outlets listed below, or order your free email subscription for the magazine by visiting LocalSportsJournnal.com. Please patronize our loyal advertising partners, and thank you for your continued support!

Look for new special offers like getting free West Michigan Whitecaps tickets when you ask for this month’s magazine at Shoreline Motors on Henry St., the Sprint store on E. Apple Ave. only, and Johnson Auto in Fruitport. 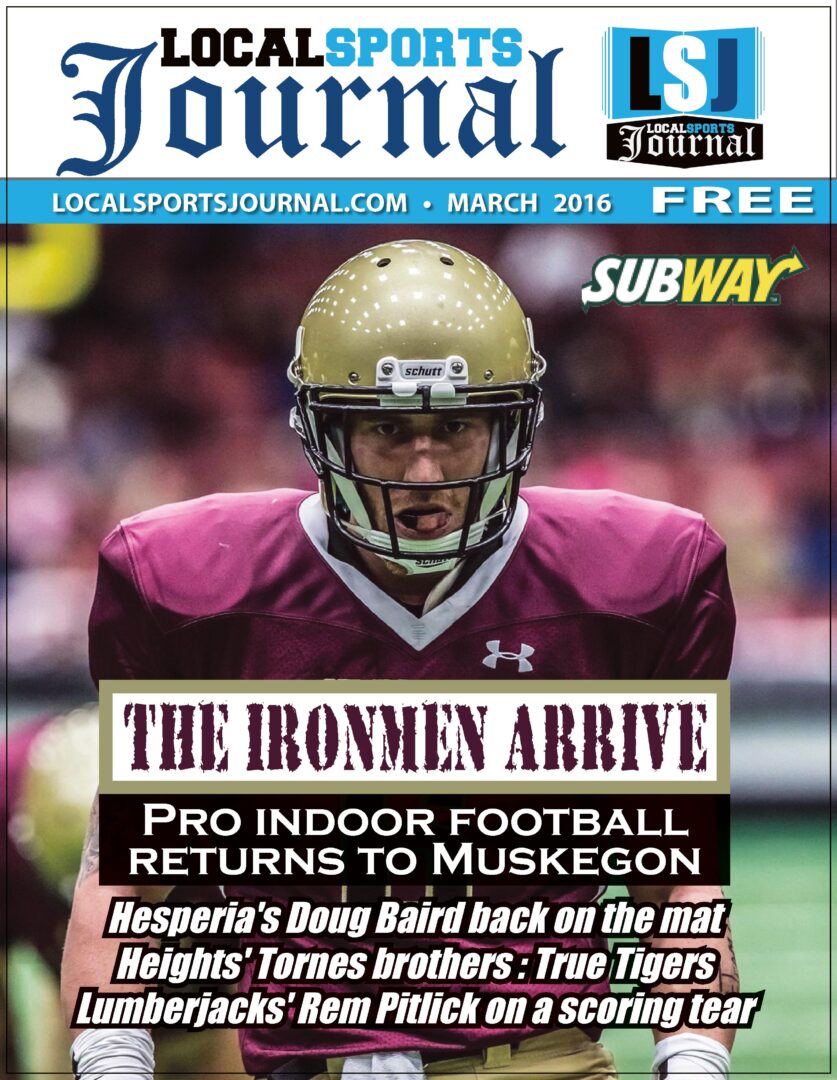