MUSKEGON – Historically the Muskegon Big Reds have dominated Mona Shores on the gridiron.

But the Sailors have come to play in recent years, defeating Muskegon in two of the last three meetings.

That trend appeared to be continuing on Friday when Mona Shores stunned everyone by grabbing a one-point halftime lead. That ignited the hopes of Sailor

fans, who knew their team had to win to keep its playoff chances alive.

But the heavily-favored Big Reds, the state’s top-ranked team in Division 3, made the necessary adjustments, shut out the Sailors in the second half, and ran away with a 36-15 victory.

“But ultimately in the end they (Muskegon) were the better team.” 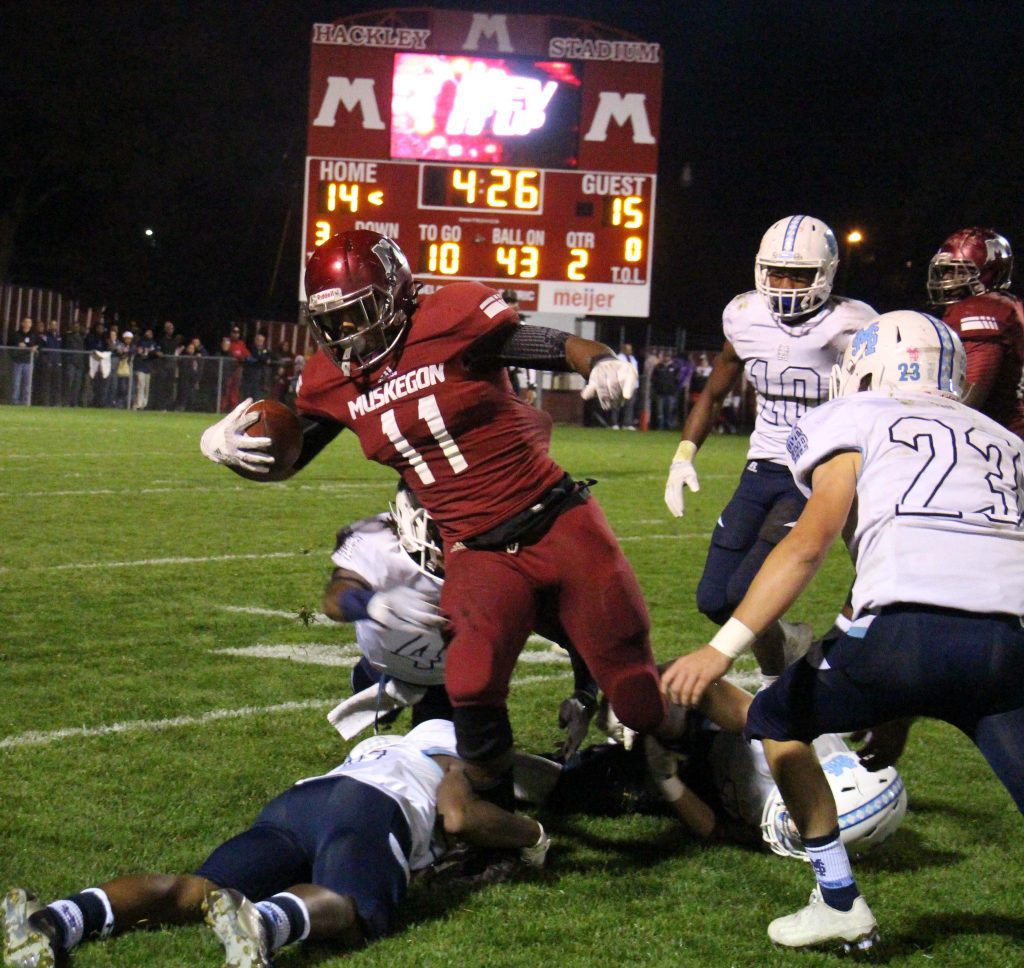 Muskegon Coach Shane Fairfield summed up the game with a simple statement:

“It’s better to win ugly than lose pretty,” he said.

Mona Shores got on the board first midway through the first quarter when Austin Flowers hit a 21-yard field goal to cap a nine play drive.

On the first play of the second quarter, Sailors quarterback Tristan Robbins kept the ball and sprinted up the middle for a five-yard touchdown run and the Sailors led 9-0. Robbins finished 12-for-27 passing with 127 yards.

The Big Reds finally got on the board with 7:54 remaining in the second quarter when Kalil Pimpleton returned a punt 54-yards for a touchdown to bring Muskegon within two points at 9-7.

On the ensuing kickoff, the Mona Shores returner fumbled at his own 20-yard line and Muskegon recovered.

Three plays later, Big Red quarterback La’daruis Jefferson broke free along the sideline and high-stepped into the end zone to put Muskegon up 14-9. 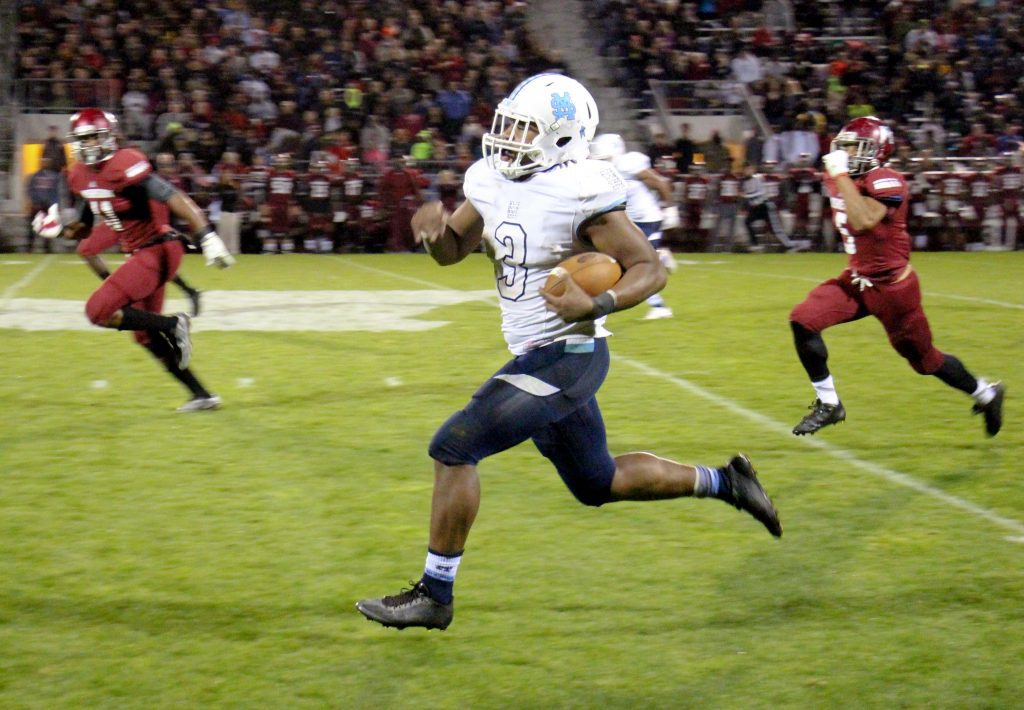 No. 3 Marcus Collins rushes down the Mona Shores sideline for a big gain. Photo/Jason Goorman

Mona Shores regained the lead, 15-14, with 5:24 remaining in the first half on a 15-yard touchdown run by Marcus Collins.

Collins finished with a game-high 166 yards on 16 carries.

Jefferson put Muskegon up for good, 21-15, with a three-yard touchdown run with 7:22 left in the third quarter.

Jefferson finished with 75 yards and two touchdowns on nine carries while Pimpleton led Muskegon with 153 yards rushing on 15 carries.

In the fourth quarter, Pimpleton found Clinton Jefferson over the middle on a fourth-and-ten for a 37-yard touchdown to put the Big Reds up 29-15.

Pimpleton capped the scoring with 1:51 to play with an eight-yard keeper up the middle.

Kalil Pimpleton makes a quick out pass to No. 11 Jacory Sullivan. Photo/Jason Goorman 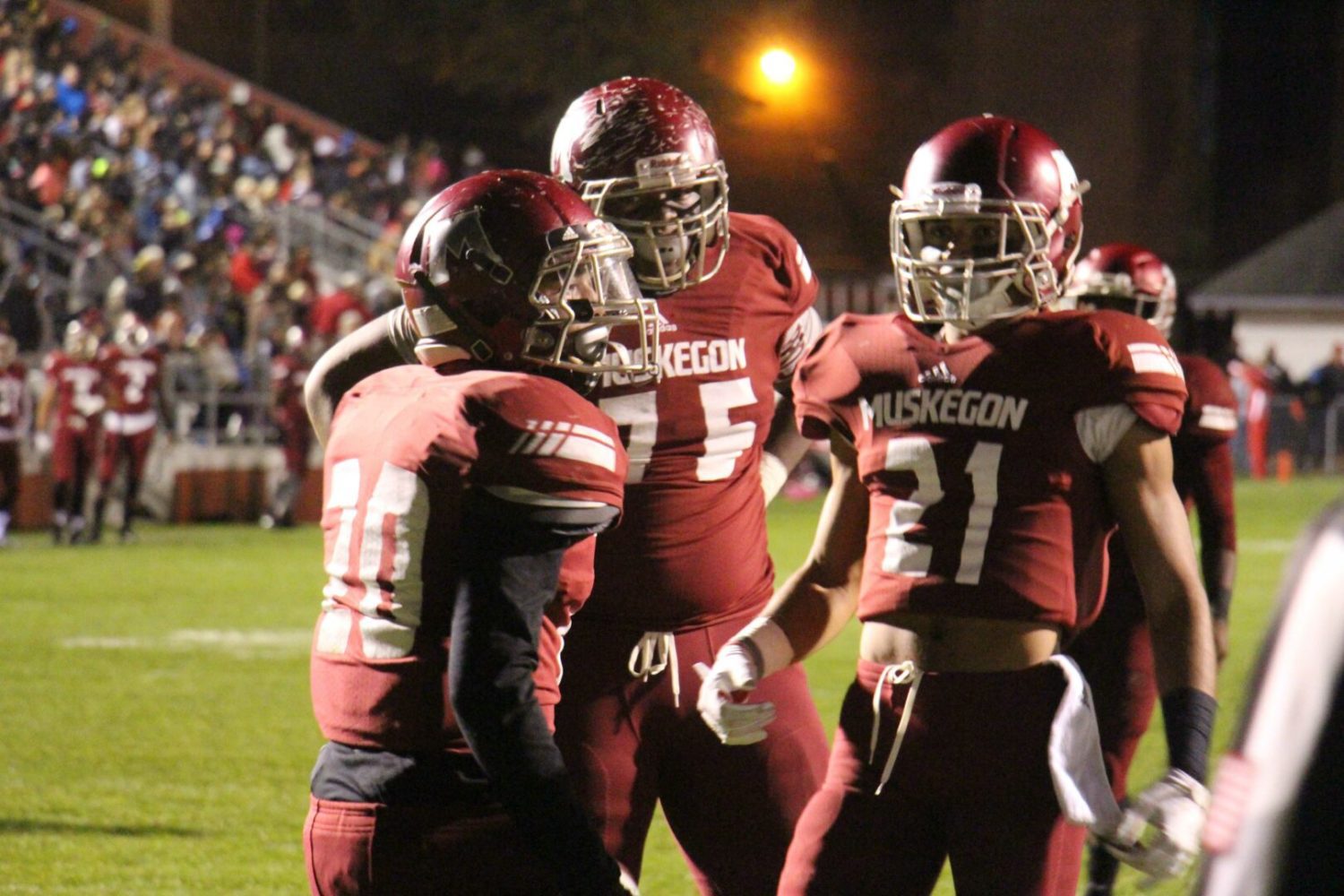 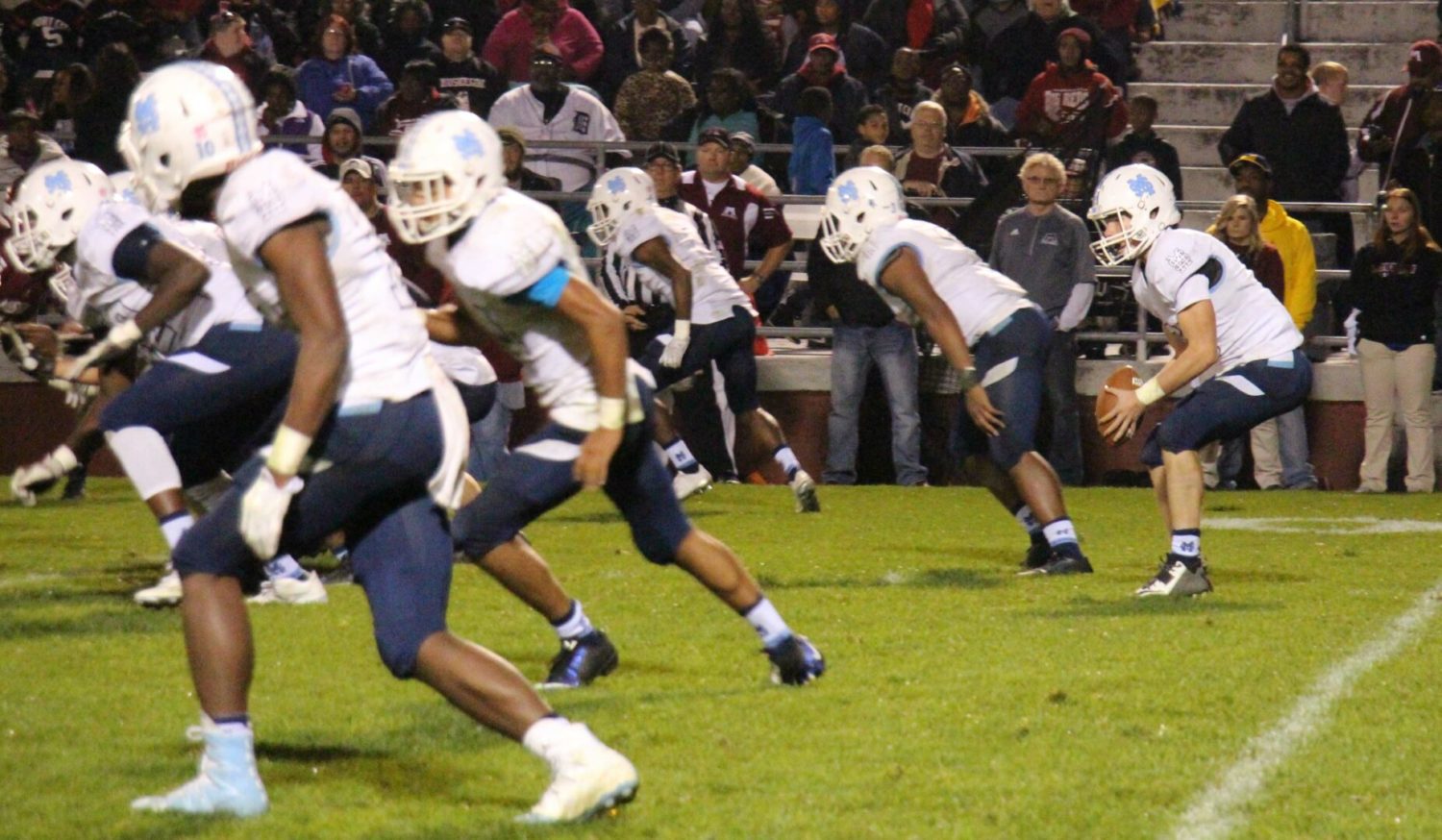