NORTON SHORES – Drake Fox has been a good luck charm for the Reeths-Puffer soccer team in games played at Mona Shores.

Last year Fox scored the only goal of the game, and the Rockets stole a win from the Sailors on their home field.

Fox was even better on Thursday night, scoring two goals about a minute apart in the first half, leading Reeths-Puffer to a 3-1 victory over host Mona Shores in O-K Black Conference action. 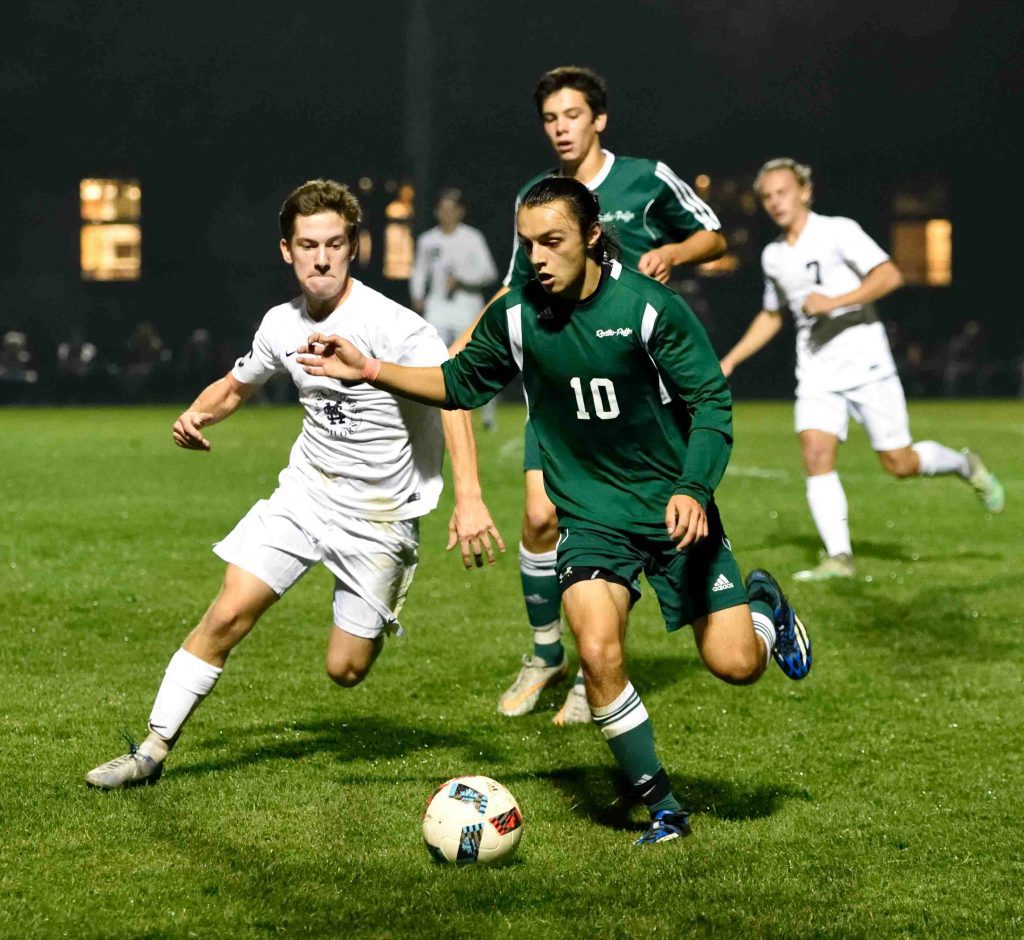 The victory was extra sweet for the Rockets, from a rivalry point of view. It completed a two-game season sweep over Mona Shores for the first time in quite a few years.

“It feels pretty good, especially since we haven’t done it in a while, and this is my senior year,” said Fox, the Rockets’ leading scorer, when asked how it felt to sweep the Sailors.

Reeths-Puffer Coach Keith Knapp said he couldn’t remember the last time that the Rockets won two games in one season against Mona Shores.

“That’s a good question,” said Knapp, whose team improved to 7-8-2 overall and 5-4-1 in conference play. “Maybe eight or 10 years. There were a number of years there when they had a great team and it took us about three years to beat them.

“The history between these two schools – even when we’re both having a bit of a struggle of a season – makes it a lot of fun. Just to have a rivalry of this caliber is a lot of fun, especially when we come out on top in two games.”

Fox was not the only standout for Reeths-Puffer. Junior Ryan Bouchard scored the Rockets’ third goal to cement the victory, and goalkeeper Jake Lofgren calmly kept the Sailors off the scoreboard for most of the game, turning away 9 of 10 shots. 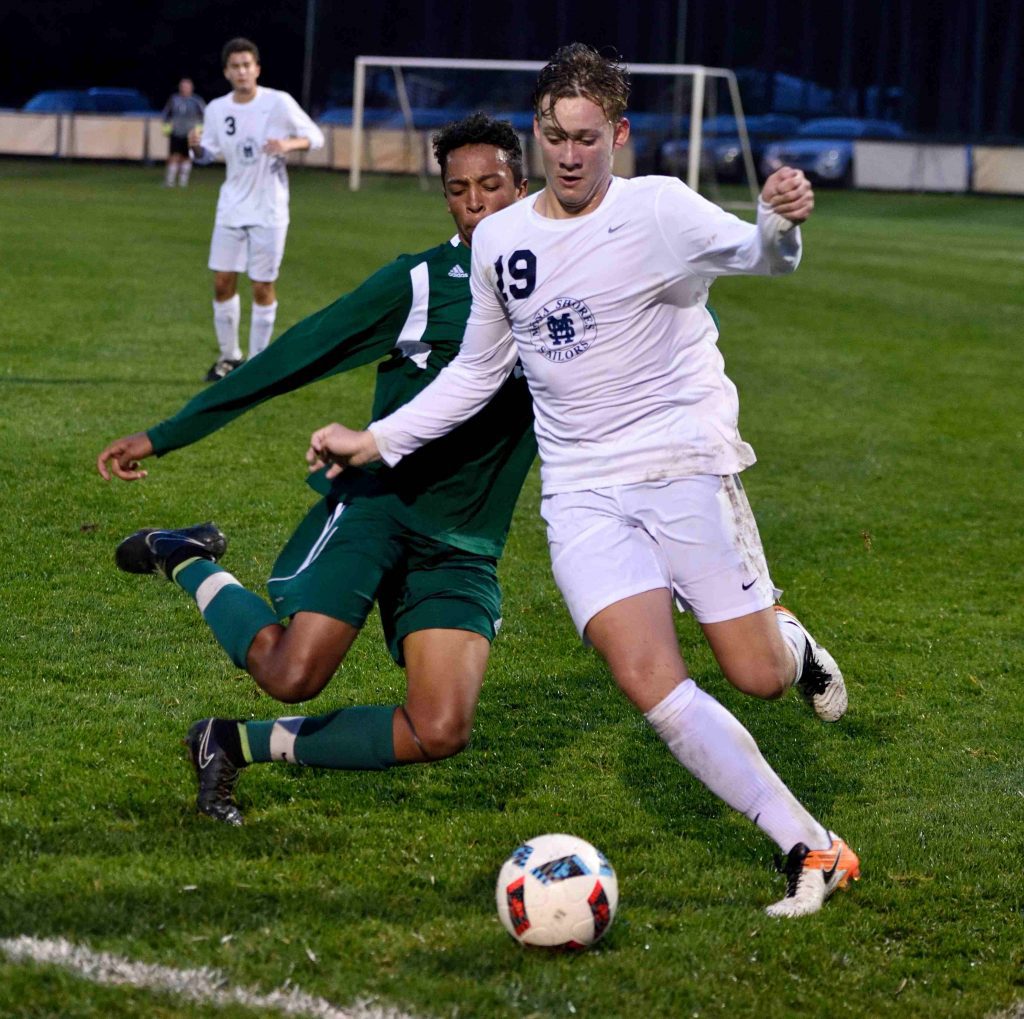 Lofgren was particularly impressive in the first half, when Mona Shores controlled the pace of the game and had more scoring chances.

“He’s an exceptional keeper,” Knapp said about Lofgren, who has five shutouts this season. “He’s an excellent leader on the field as well as off. He has all the physical attributes to be successful at the next level, and he’s only a junior.”

Fox scored his two goals in the 18th and 19th minute of the first half, giving the Rockets a 2-0 halftime lead.

Bouchard found the back of the net midway through the second half, putting Reeths-Puffer on top 3-0.

Mona Shores got on the board with a late goal by senior Phillip Conley.

The Sailors outshot the Rockets 10-8, but failed to convert most of their opportunities. Mona Shores Coach Mike Apostle says that’s been a recurring problem for his team.

“It’s kind of how the season’s been going, we play well but can’t execute,” said Apostle, whose team dropped to 4-10-1. “They get the goals, and the ball just bounces their way. It’s frustrating.” 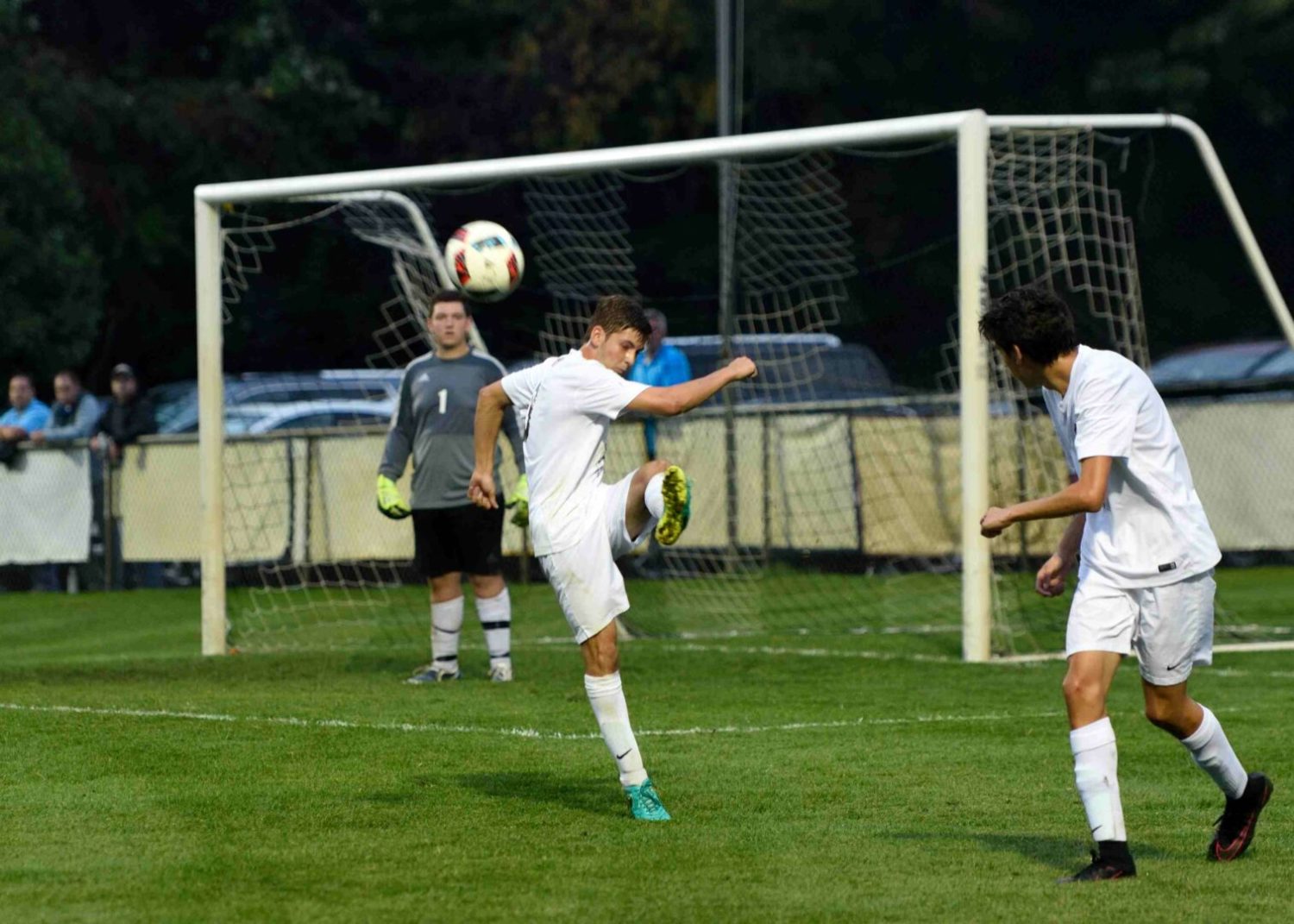 Mona Shores defender Cameron Erndteman clears the ball from in front of his goal. (Photo/Eric Sturr) 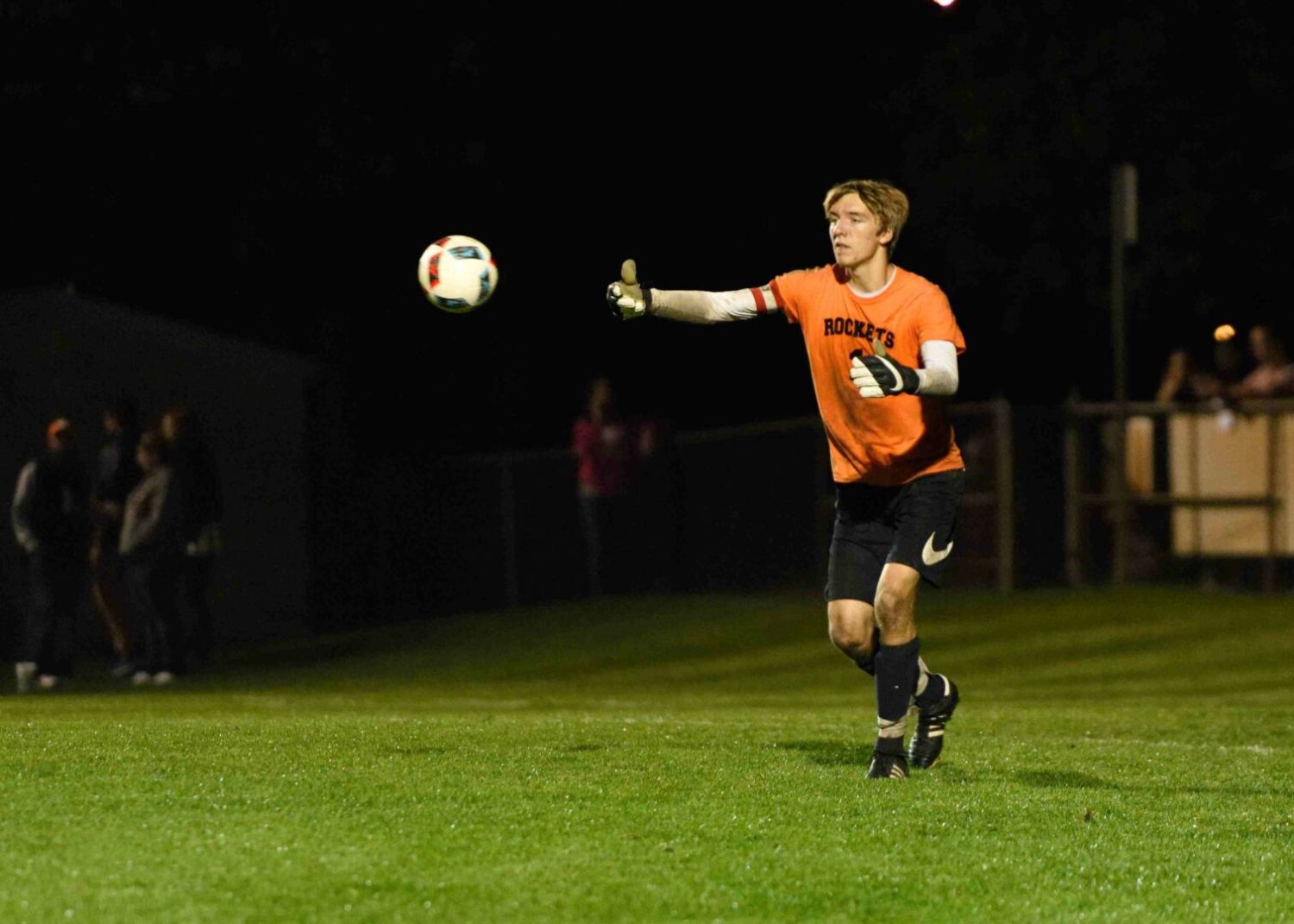