The Buccaneers advanced to the Division 1 district finals and will face Grand Rapids Union on Saturday morning at Mona Shores High School. 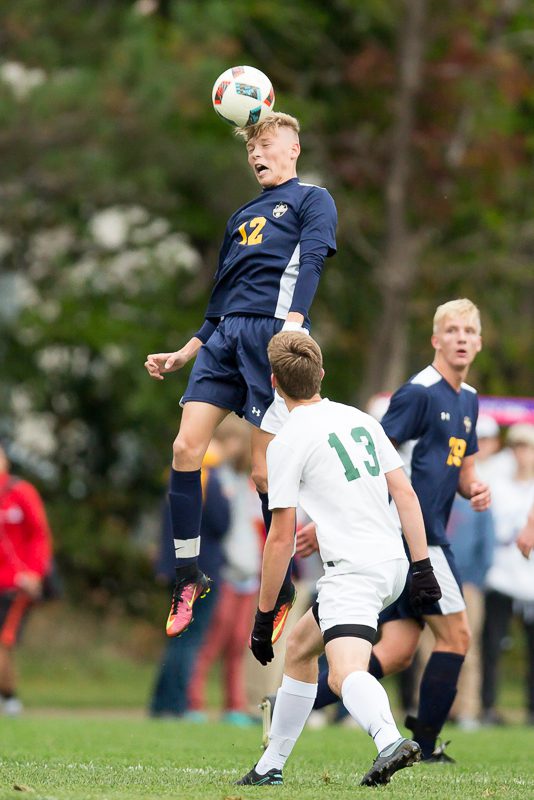 Drew VanAndel started the scoring for Grand Haven 7:16 into the first half on goal that was assisted from Logan Dault.

The game remained 1-0 through halftime until Andy Karpohl increased the Buccaneers lead with a goal 9:41 into the second half. Conner Lund picked up the assist on the tally.

Ethan King closed out the scoring for Grand Haven on a penalty kick with just over 10 minutes left in regulation.

Bucs’ goalkeeper Jake Thayer picked up the win for Grand Haven, which is now 10-2-1 on the season.

“It absolutely helped. It’s a blessing and a curse to play in the OK-Red. We play a lot of good teams and nobody in our conference is an easy game.”

Dean believes his team will have its hands full on Saturday with Grand Rapids Union but believes if his team plays to their capabilities they’ll have a chance.

“I watched their game tonight and I got some information. They’re talented and we’ll just have to see if we can find some weaknesses,” said Dean. “For us we just have to be consistent and we’ll put ourselves in great places to be.”

Jenson goalie Xavier Austin takes out the Bucs’ Connor Lund in the box which lead to a PK goal for Grand Haven. Photo/Randy Riksen 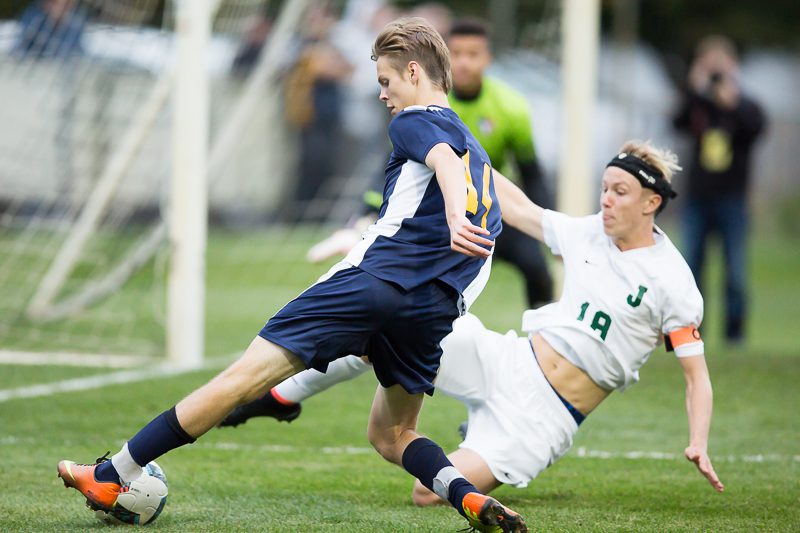 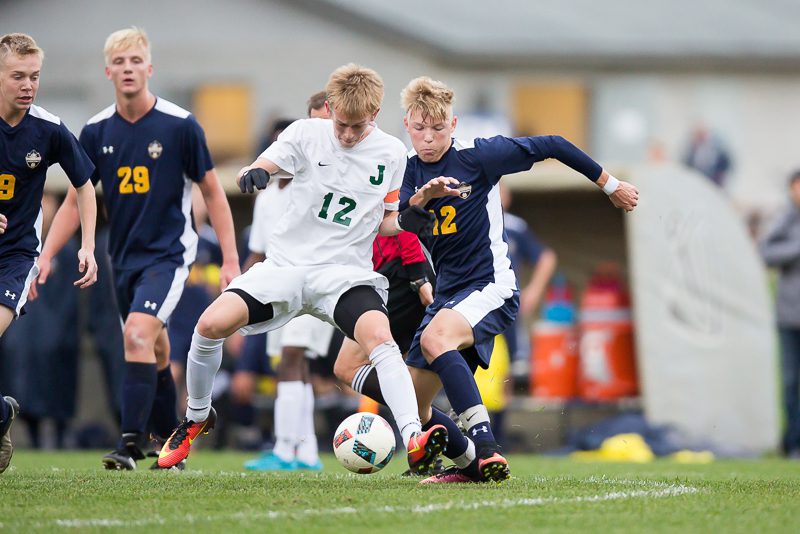