After all, the Big Reds have rolled past just about every opponent they’ve faced this year, including three good playoff teams.

They were certainly impressive last week, blasting a good Byron Center squad 62-7 in the Division 2 regional finals. The victory was even more one-sided than the 49-14 beating Muskegon put on the same team in Week 4 of the regular season. 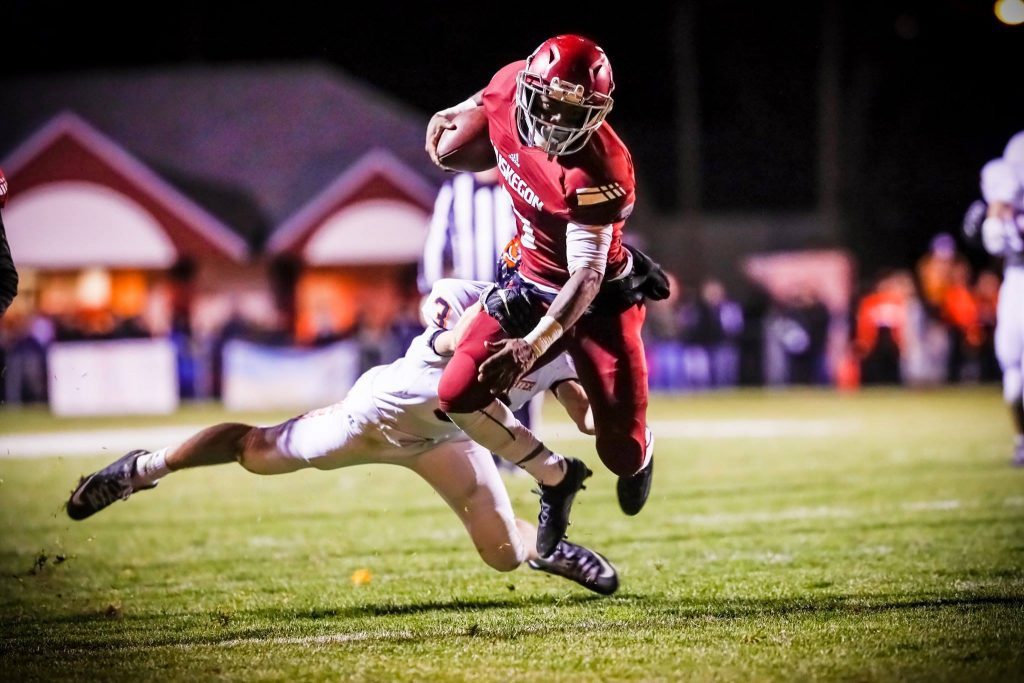 Overall the Big Reds, ranked No. 1 in the state, are 11-1. Their only loss was a three-point thriller against Lincolnshire Stevenson, a state power from Illinois, in Week 2 of the regular season.

Muskegon has outscored its opponents by a collective 634-114, heading into Saturday’s Division 3 state semifinal game against Edwardsburg at East Kentwood High School at 1 p.m.

Yet the Big Red players seem grounded, focused, hungry and humble, and insist they take every new opponent seriously, no matter how many others they’ve sent away in defeat.

Senior defensive back Raquis McDonald, who had a big game against Byron Center last week, said the memory of last year’s regional final playoff loss against Lowell continues to motivate the team.

The Big Reds learned the hard way that any week could be the last week of the season if they’re not prepared to play.

“We just have to keep up the tempo in practice and do our jobs,” said McDonald, who echoes the common sentiment of his teammates. “We just take it week-by-week and game-by-game. The day after we lost (to Lowell last year) we came back in and started preparing hard for this season.”

Muskegon Coach Shane Fairfield said his players are amazingly mature and focused for their age.

“Their ultimate goal is a state title,” said Muskegon Coach Shane Fairfield. “Until we achieve that goal we never lose sight of it. In other people’s eyes the players might have a reason to be a little confident, but their eyes are on the prize. Ask them and they will tell you they haven’t achieved their goal yet this year.

“I think the goal (of a state title) was their goal before it was my goal. I think they decided in sixth or seventh grade that they were going to be something special. 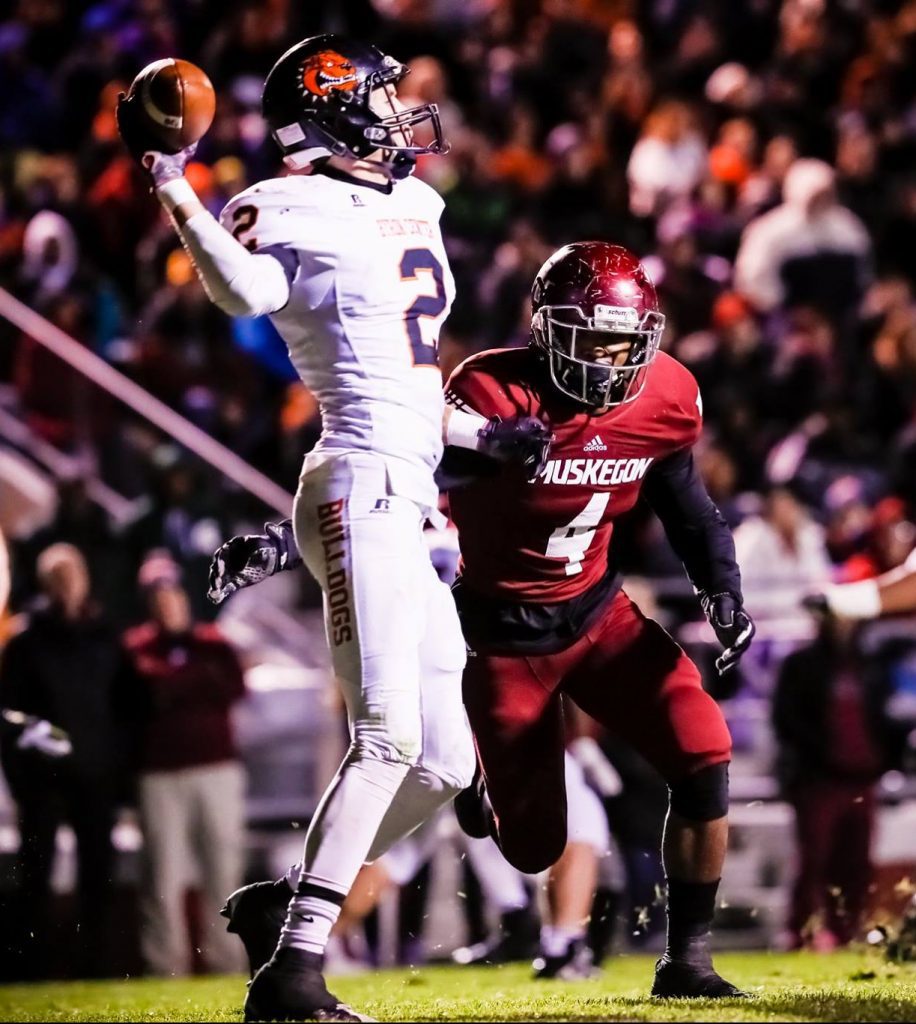 “It’s a special group of kids. They are very humble. They might have every reason to bang their own drum, but they haven’t.”

While Muskegon is laser-focused on winning a state title, Fairfield has taken a different approach to lesser accomplishments this season.

In the past the Big Reds would win district and regional championships and quickly dismiss the victories, because they had bigger things in mind.

“In years past, we were like ‘This isn’t the trophy we want,’” said Fairfield, whose team has won five district championships in a row. “I would hold up the district trophy and ask them if they wanted to hang on to that, or put it away and see what’s behind door number two. They wanted to put it away. When we won regionals, they said, no, we want to trade that in for door number three.

“We got so robotic about that. I started to think that maybe we were being unfair to the kids, and maybe they could enjoy the moment while still focusing on moving forward. This year we wanted them to relax for a second and enjoy it. When you put those trophies away too soon, they don’t get to process what they’ve accomplished.”

The next challenge for the Big Reds is Edwardsburg, which comes into the semifinal contest with a perfect 12-0 record.

The Eddies, champions of the Wolverine Conference in southwest Michigan, are clearly a very good team. They have outscored their opponents 513-98 this season. They did not surrender a single point in their last four regular-season games, winning by a combined score of 186-0.

The Eddies defeated Hamilton (30-8) and Stevensville Lakeshore (50-20) in the district rounds of the playoffs, then snuck past Chelsea 42-40 in overtime last Friday in a regional final game.

Edwardsburg does most of its damage on the ground. The Eddies have outrushed their opponents by a breathtaking 4,473-1,010. Their rushing total averages out to about 372 yards per game.

They have a lot of guys who can carry the ball, led by Nick Bradley, who has piled up 1,363 rushing yards for a 10.5-yard average per carry this season. Other threats on the ground for Edwardsburg are Kyle Shrider (843 yards), Joey Hess (669 yards), Austin Cline (518 yards) and quarterback Cameron Ekanayake (427 yards).

“We know they are 12-0, they run a wing-t offense and score a lot of points,” Fairfield said about Edwardsburg. “They only gave up 58 points in the regular season, so they know how to play defense.”

Muskegon can certainly match the Eddies with their ground game. The Big Reds have outrushed their opponents 3,434-1,104, led by explosive senior quarterback Kalil Pimpleton, who has gained 1,346 yards for an amazing 11.1-yard average, and scored 21 rushing touchdowns.

Other threats in the Muskegon backfield include junior La’darius Jefferson, who plays quarterback when Pimpleton moves to other offensive positions (709 rushing yards), Clinton Jefferson (354), Lonnie Clark (256) and Da’vion Mccall (236).

Three other Big Red backs have gained more than 100 yards this season.

With an explosive attack and plenty of depth throughout their roster, the Big Reds are confident that they can meet their challenges and achieve their ultimate goal. But nobody on the team will be relaxed or overconfident against Edwardsburg, Fairfield said.

“There is no extra motivation needed because if we win we will be playing for a state championship,” the coach said. “What other motivation do you need?” 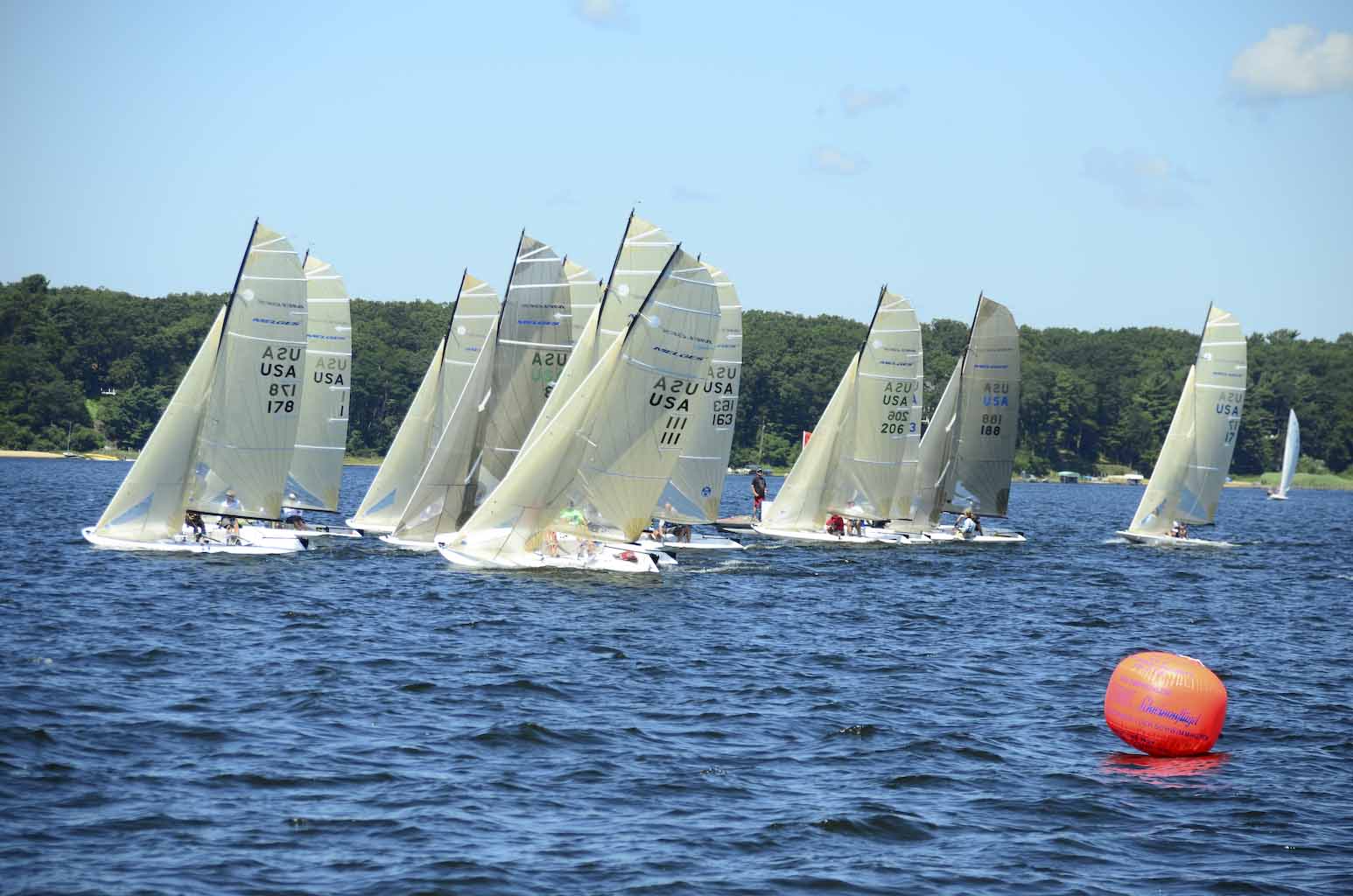