MUSKEGON – The Muskegon Lumberjacks didn’t have much luck when the Youngstown Phantoms came to visit a few weeks ago,

dropping two games in two nights in one of their lowest points of the young season.

But luck was on Muskegon’s side on Thursday morning.

The Jacks held a one-goal lead over Youngstown late in the game, and the Phantoms pulled their goalie for an extra attacker.

A Youngstown player got a shot off from close range, just to the right of the Muskegon goal, with about a minute left to play. The puck appeared to several people to go in the net, including the Phantoms, who started celebrating on the ice.

But the goal judge ruled that the puck hit the crossbar and bounced back out into play.

After conferring for a minute or two, the referees agreed, and the Lumberjacks escaped with an exciting 2-1 victory over Youngstown at L.C. Walker Arena in front of a special Education Day audience of local school kids. 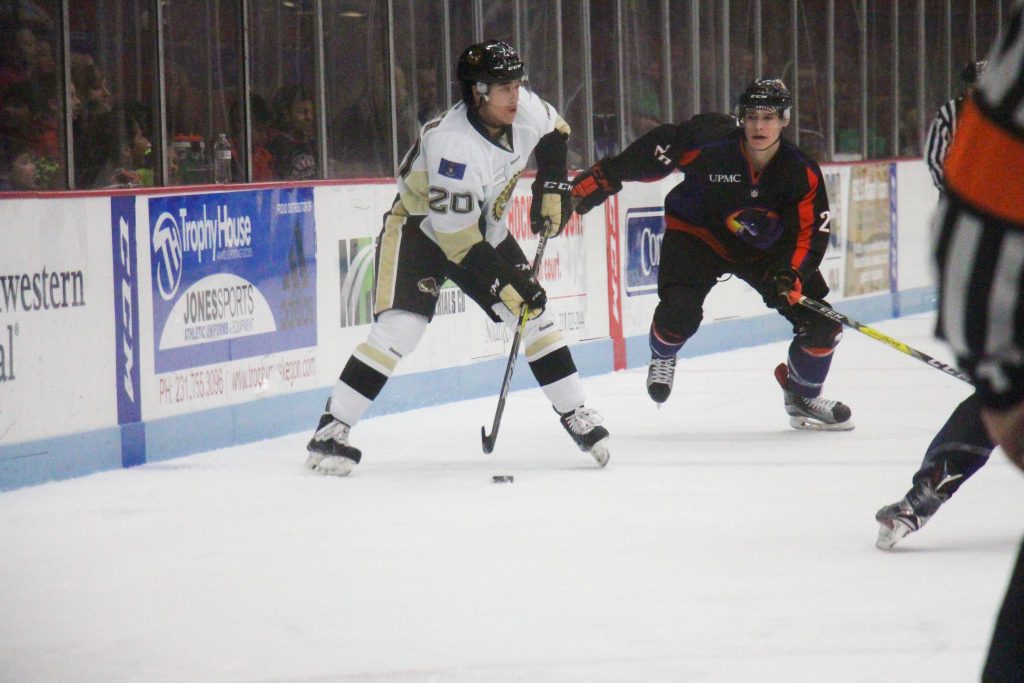 “The guys that run the ice said no, it hit the crossbar,” said Lumberjacks Coach John LaFontaine about the non-goal. “I couldn’t tell. It came out pretty quickly.”

The Lumberjacks have now won four of their last five games and have an 8-4 record. The victory pulled them into a second-place tie with Green Bay in the USHL’s Eastern Conference standings.

The Jacks will now head on the road for Friday and Saturday games in Iowa against the Dubuque Fighting Saints.

The top star to the Lumberjacks was goalie Keith Petruzzelli, who has turned in a string of strong performances in recent weeks.

He stopped 27 of 28 shots in the game – with the crossbar apparently getting an assist on one of those saves – and had a shutout going until midway through the third period.

Petruzzelli improved his record to 6-2 on the season, after starting out as the designated backup goalie.

“Especially on the power plays, (Petruzzelli) had to make some big saves, and he bailed us out a few times in the second period, too,” LaFontaine said. “He’s really come on strong for us.”:

The Jacks opened the scoring at 4:36 of the first period when team captain Bo Hansen popped a rebound past Youngstown goalie Ivan Kulbakov. The goal, Hanson’s first of the season, was assisted by Garrett Van Wyhe and Petruzzelli. 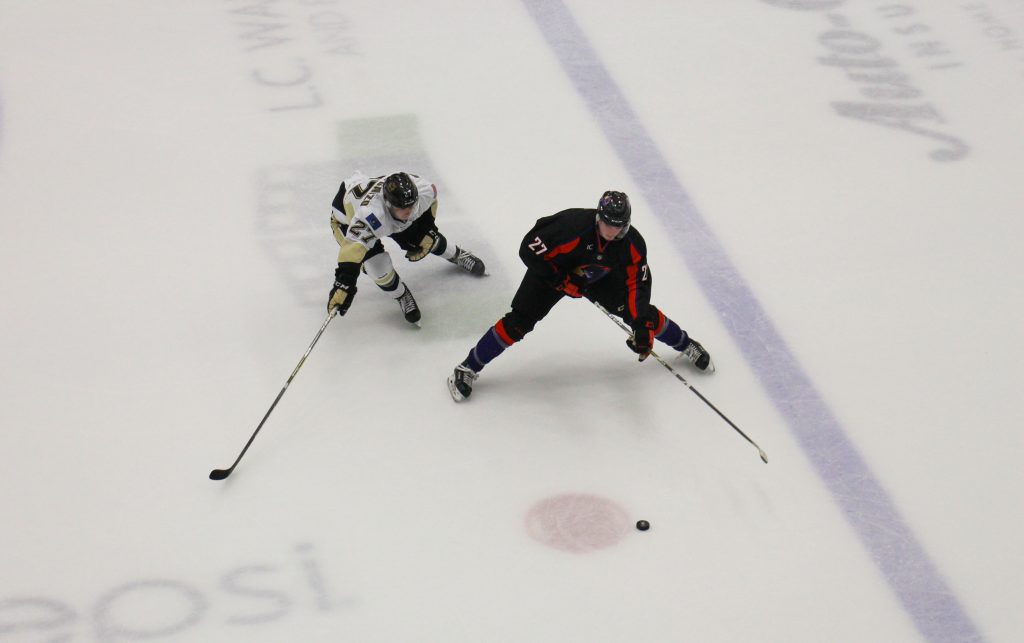 The Jacks ran into penalty trouble later in the first period, giving Youngstown four power play opportunities. But they kept the puck out of their net, due to strong penalty killing and several big saves by Petruzzelli.

After a scoreless second period, Logan Drevitch gave the Lumberjacks a 2-0 lead when he deflected a shot from the point into the Youngstown goal 6:22 into the third period. Derek Daschke and Casey Gilling were credited with assists.

Youngstown broke the shutout with a goal by Nicolas Werbik at the 10:28 mark of the third period, but that’s as close as the Phantoms could get.

They momentarily thought they tied the game with their “phantom goal” with about a minute left, but the officials disagreed.

“They are a really good team,” LaFontaine said about Youngstown. “They’re speedy and move the puck well. They challenge us on all fronts. It was good for the guys to get over the hump and keep learning. Our goal is to keep learning and getting better every week.” 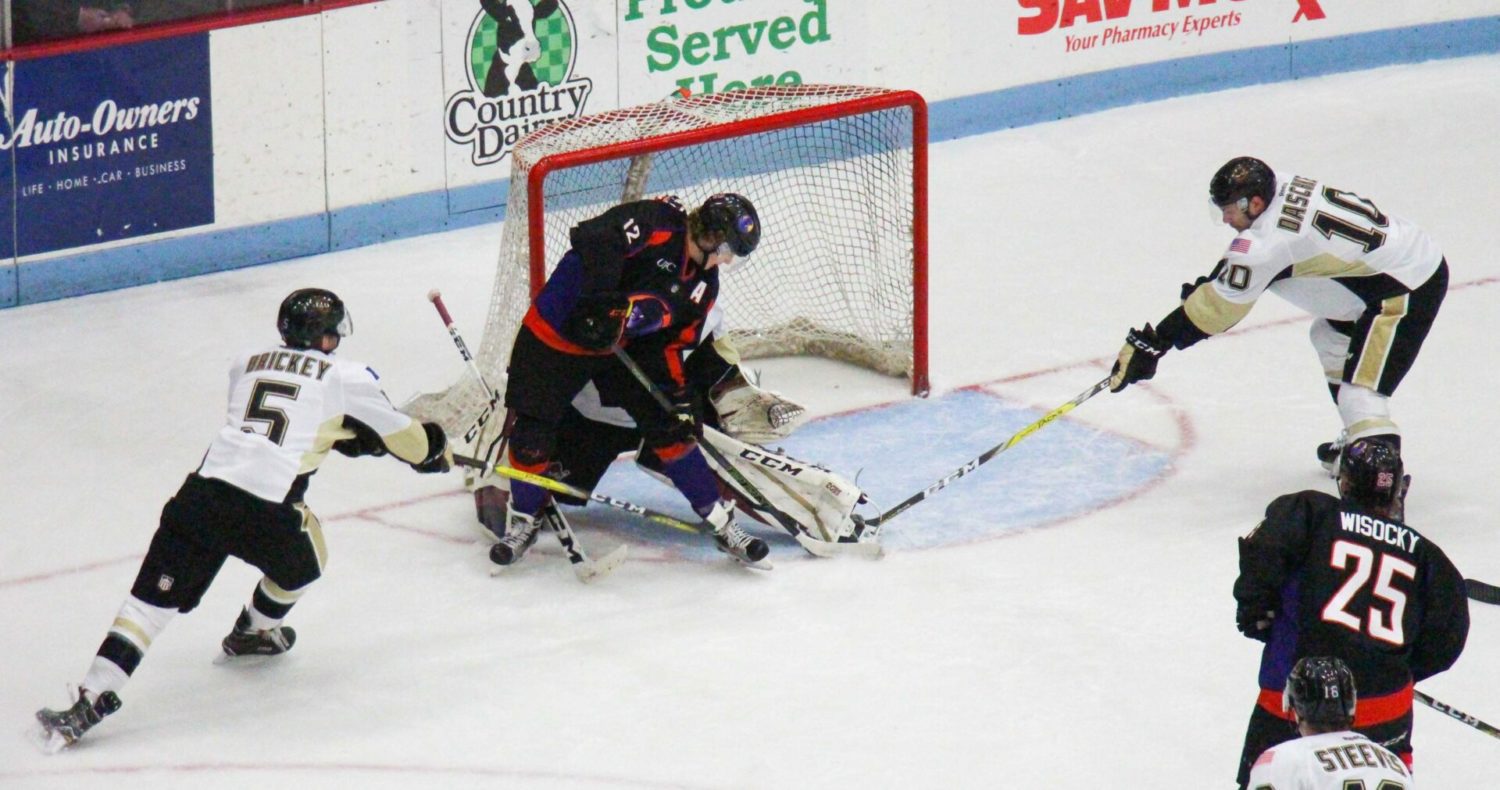 No. 10 Derek Daschke gets a stick in front of Phantom forward No. 12 Austin Pooley. Photo /Jason Goorman 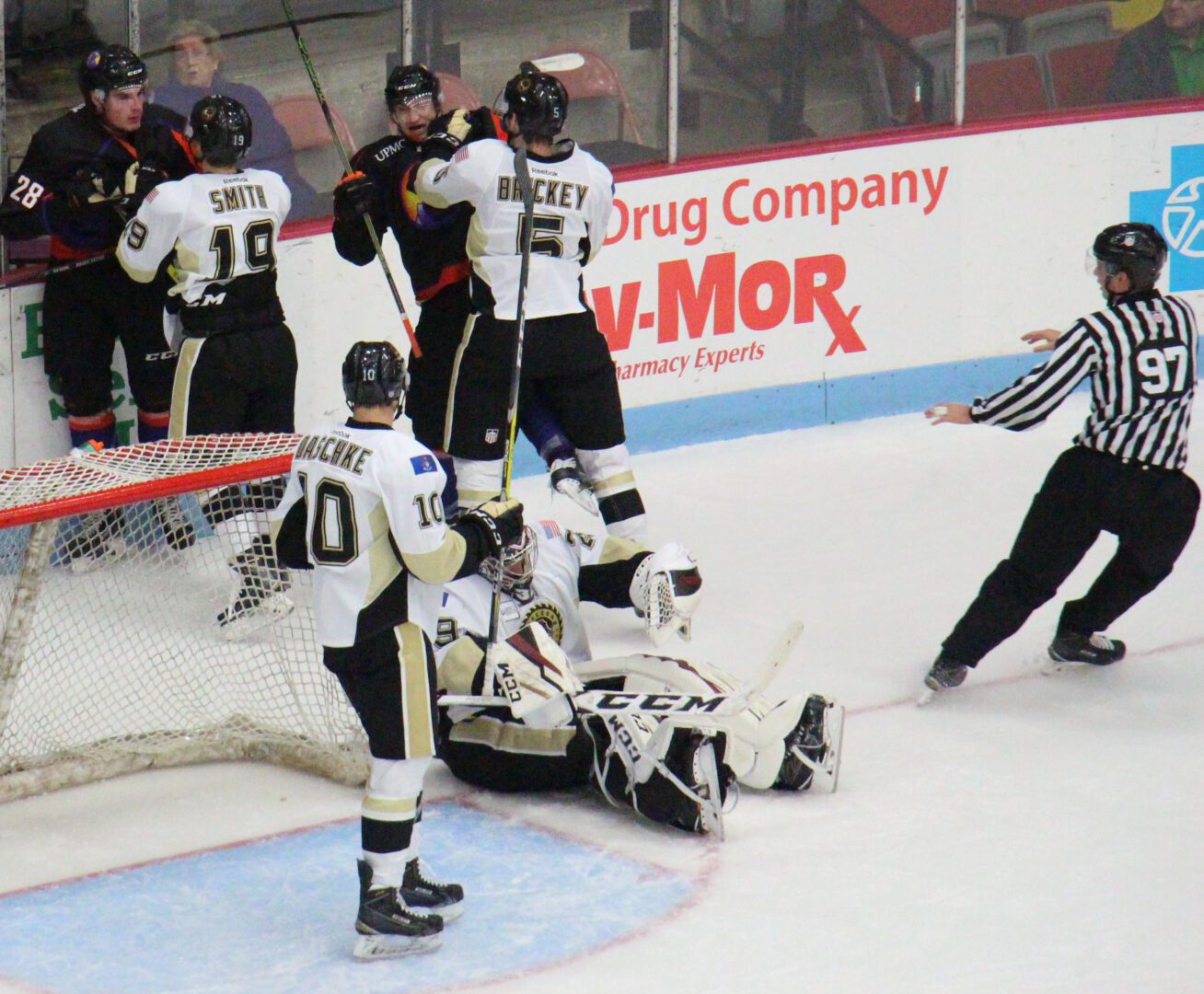 No. 19 Will Smith and No. 5 Scooter Brickey get chippy with Youngstown after play on net. Photo/Jason Goorman 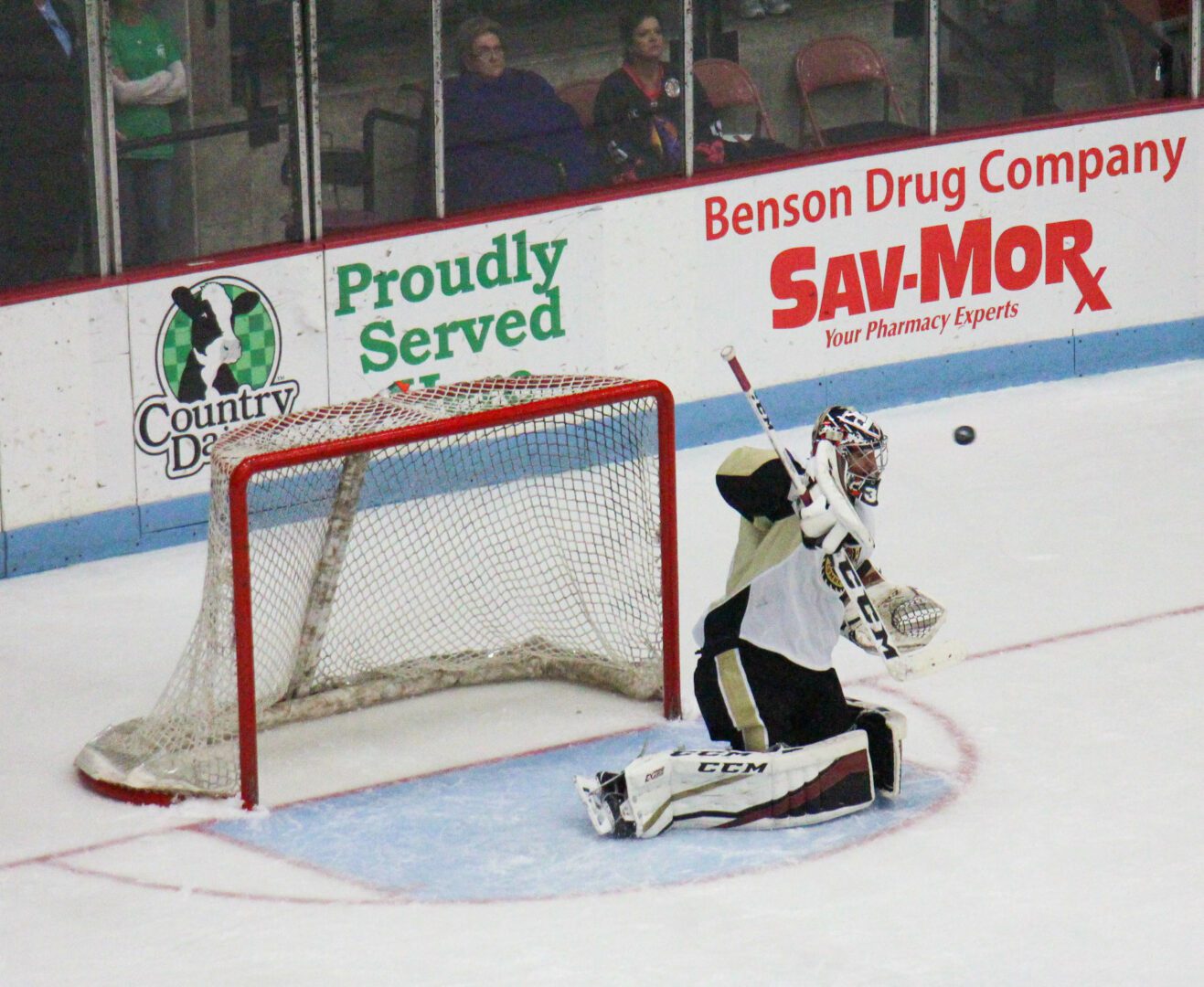 Keith Petruzzelli makes the save for the Lumberjacks. Photo/Jason Goorman 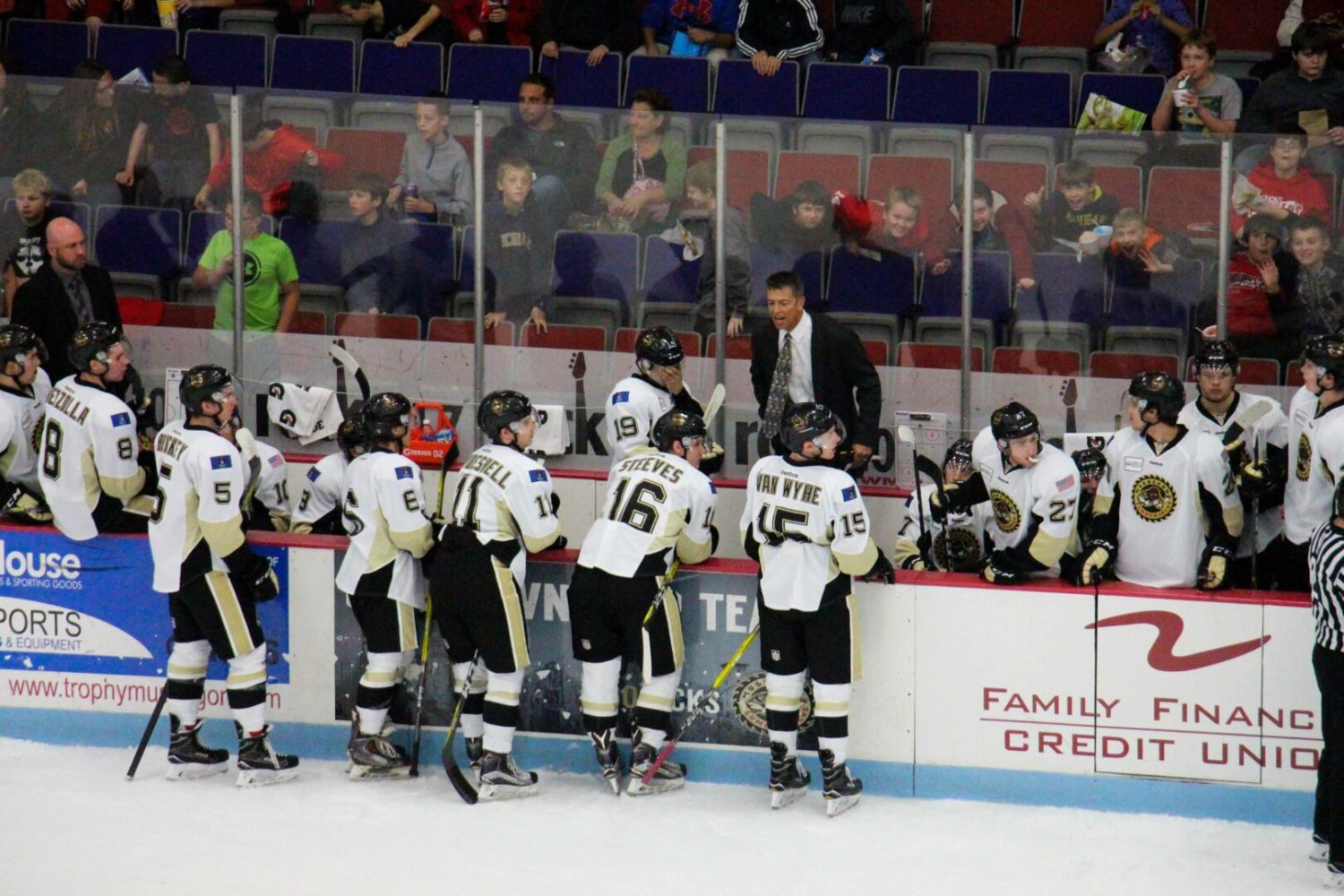 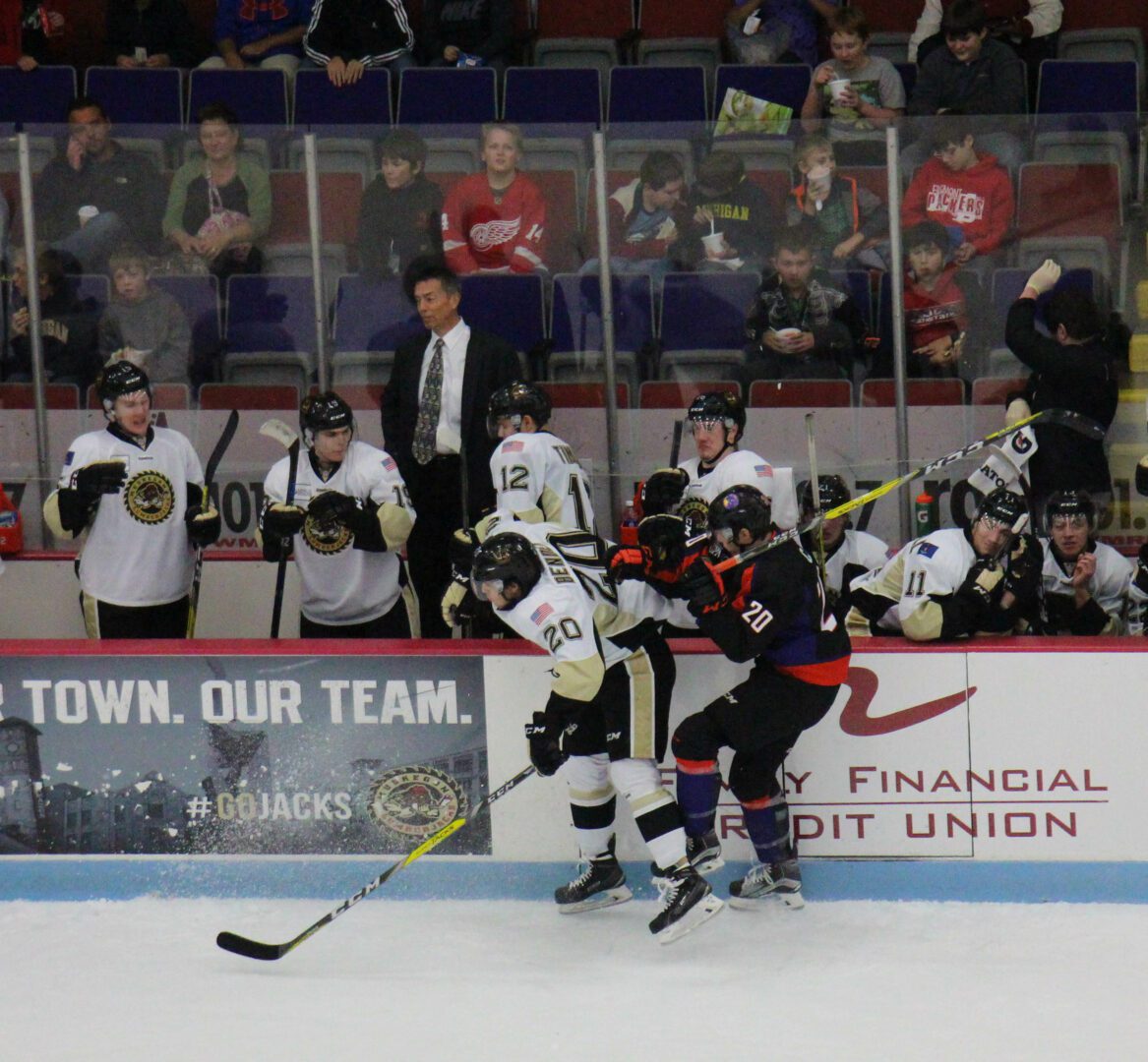 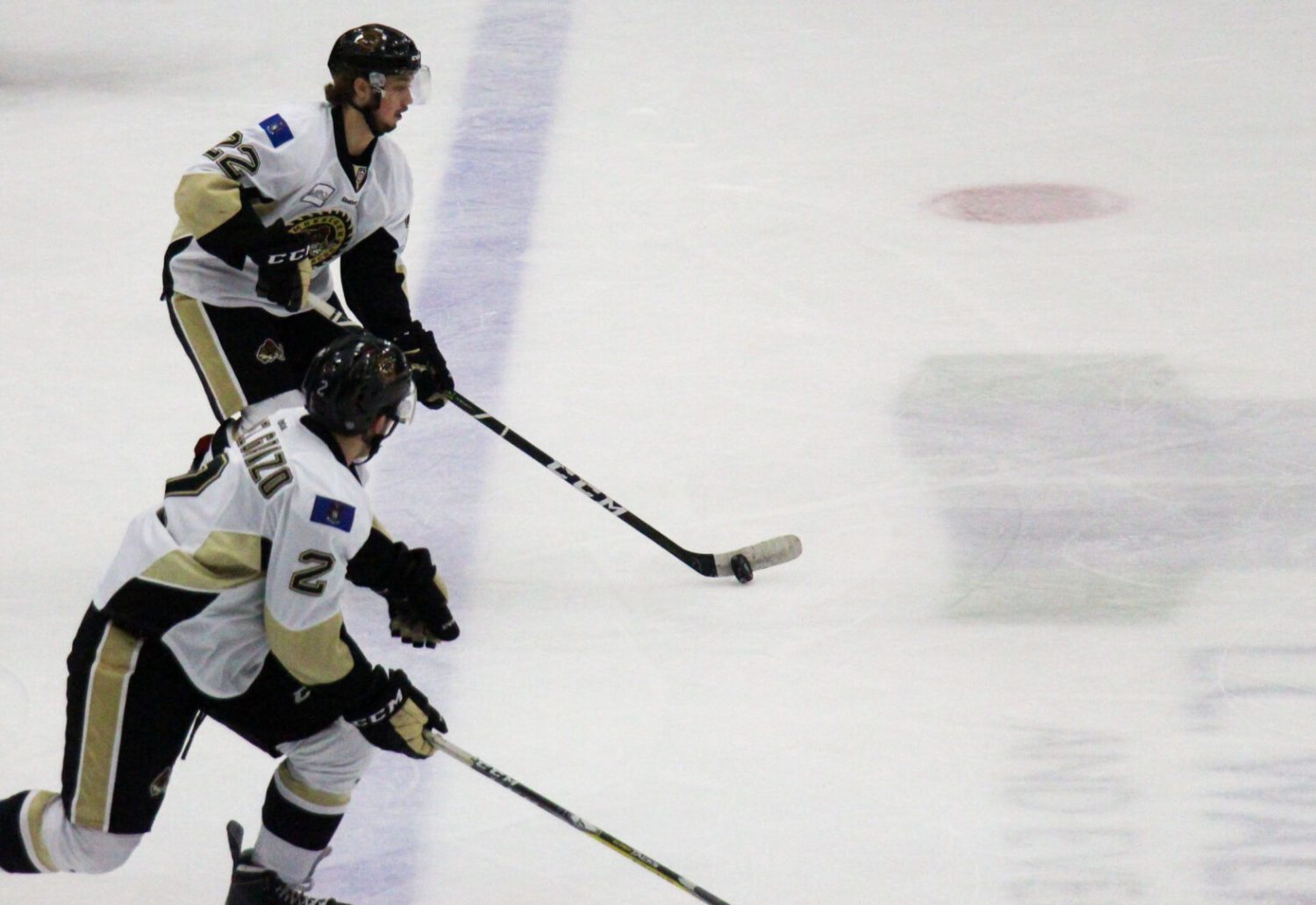 No. 22 Logan Drevitch controls the Muskegon rush across the blue line with No. 2 Marc DelGaizo. Photo/Jason Goorman 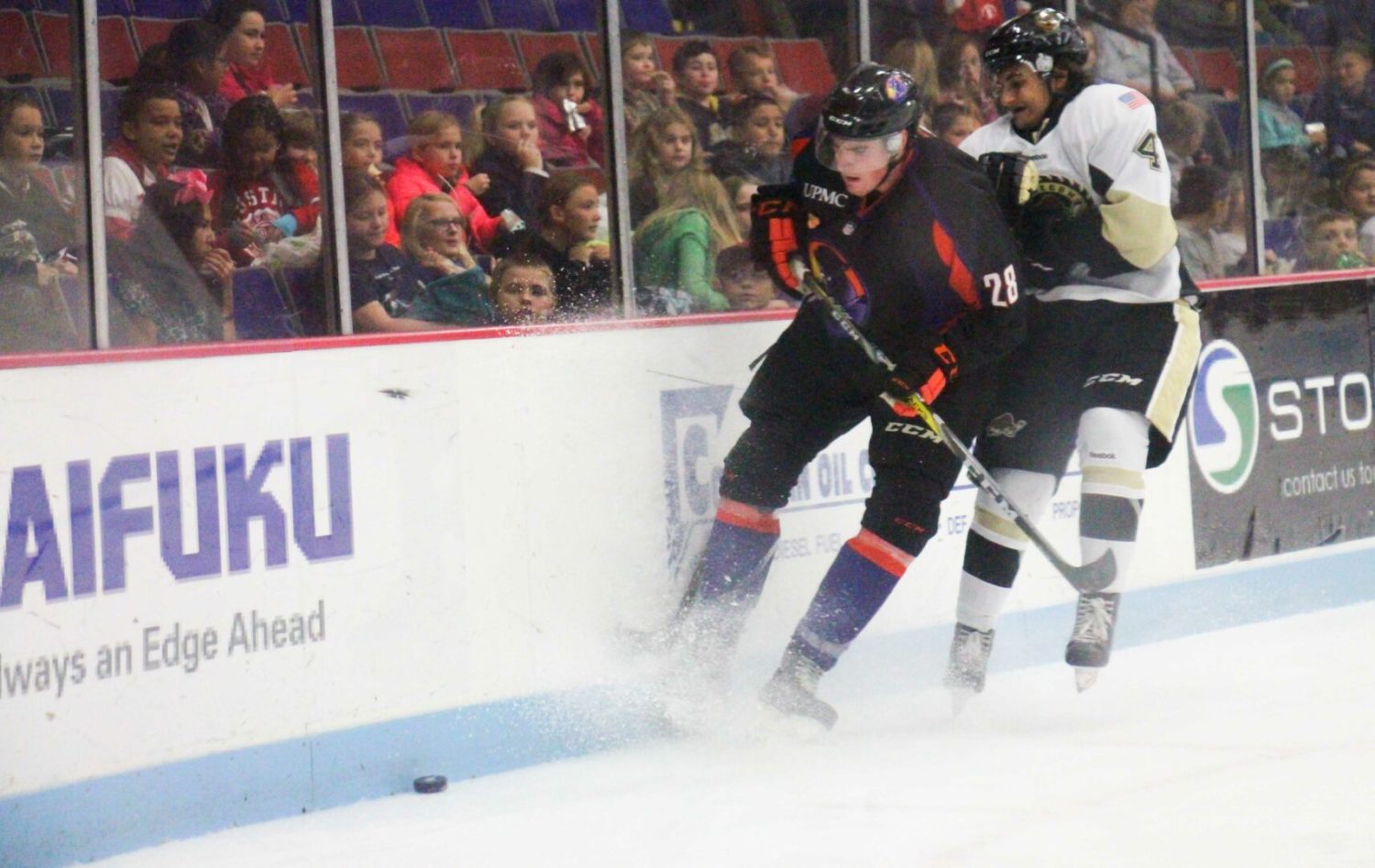 Muskegon’s Colby Bukes prepares for the hit against No. 28 Brett Murray. Photo/Jason Goorman 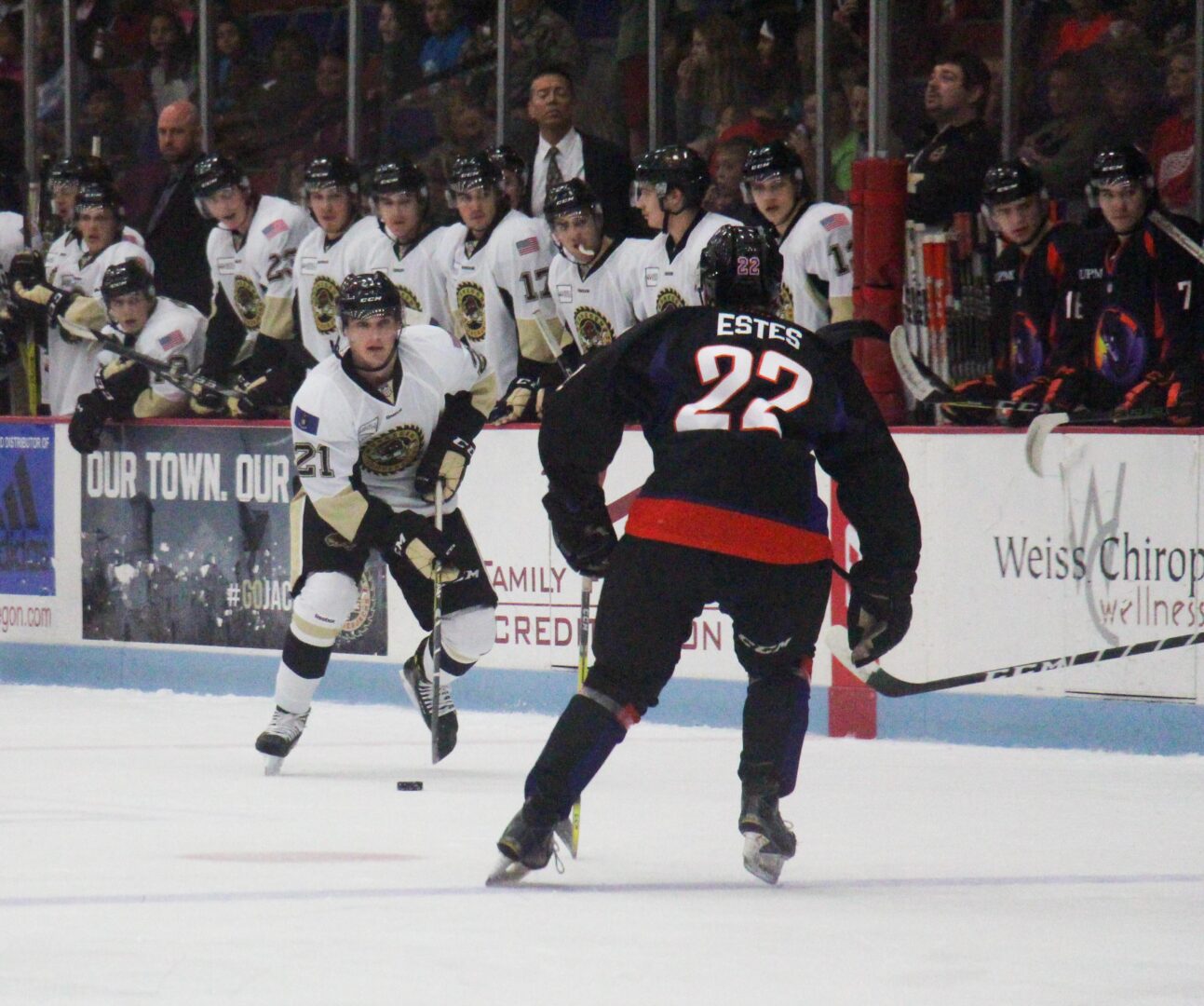 Muskegon’s No. 21 Casey Gilling brings the puck up along the boards with Youngstown’s No 22 Brandon Estes defending. Photo/Jason Goorman