Younts gets hot when it counts, leading Holton girls past Hart in their own tournament

HOLTON – Senior experience is beneficial down the stretch of close games, and the Holton girls basketball team relied on it on Friday.

The Red Devils were tied with Hart 27-27 with 5:22 remaining when one of their best seniors, Shelbey Younts, got hot down the stretch.

She scored seven points, leading Holton on a decisive 12-4 run to seal a 39-31 victory in the Holton Winter Showcase tournament.

No. 12 Shelbey Younts goes through the lane for Holton. Photo/Leo Valdez

“It means a lot,” Younts said following the victory. “I’ve been on varsity for four years and we’ve worked hard. We started out rough this season, so coming together as a team and winning this means a lot, even though it wasn’t always pretty.

“I was nervous a little bit, but I was confident with the seniors we had in the game because we’ve been playing together for a while.”

Holton, which improved to 3-3 on the season, is counting on its veteran experience to make a difference as the season gets moving again after the holidays.

“We have six players back from last year, including all five starters and seven seniors total,” said Holton Coach Jayson Robins. “To be honest with you, Shelbey had a great fourth quarter, but what I liked better was that our seniors played like seniors.”

Holton appeared to be running away from the Pirates after one quarter, leading 11-4 behind seven points from senior center Courtney Slater.

“Our post play is good and we go as Courtney goes, she’s a really good post player, one of the best I’ve seen around,” Robins said. “But when other teams shut her down we’re going to have to make jump shots.”

Holton stretched its lead to 15-4 early in the second quarter before Hart responded with a 10-2 run of its own. Holton clung to a 17-14 lead at halftime.

“We just got a slow start,” said Hart Coach Staci Hovey,” whose team dropped to 2-4. “It seemed like a lid was on the hoop (in the first quarter). We just told them to control what they could.”

Holton used three pointers from three different players in the third quarter to outscore Hart 9-7 and take a 26-21 lead at the third buzzer.

Paige Eisenlohr goes up for the shot over Holton’s No. 45 Courtney Slater. Photo/Leo Valdez

With Holton leading 27-25 with 6:25 remaining, Robbins took a time out to rally his girls for the final stretch.

“Well we had turned the ball over about four times in a row, and we lost some close games earlier in the year because seniors weren’t playing as seniors,” Robins said. “We just took a timeout to remind them that they were seniors and to stop turning the ball over.”

After the time out, Hart’s Aubrey Hertzler hit a midrange jump shot to tie the game at 27 with 5:22 left.

But then Younts got hot, hitting a 3-pointer and all four of her free throws in the final five minutes to help push the Red Devils ahead for good. Alicia Dykman and Mikaela Baker each added two free throws while teammate Micheylah Ross made one free throw during the decisive 12-4 run.

Slater led all scorers with 13 points while Younts finished with 10. Hertzler paced Hart with nine points. 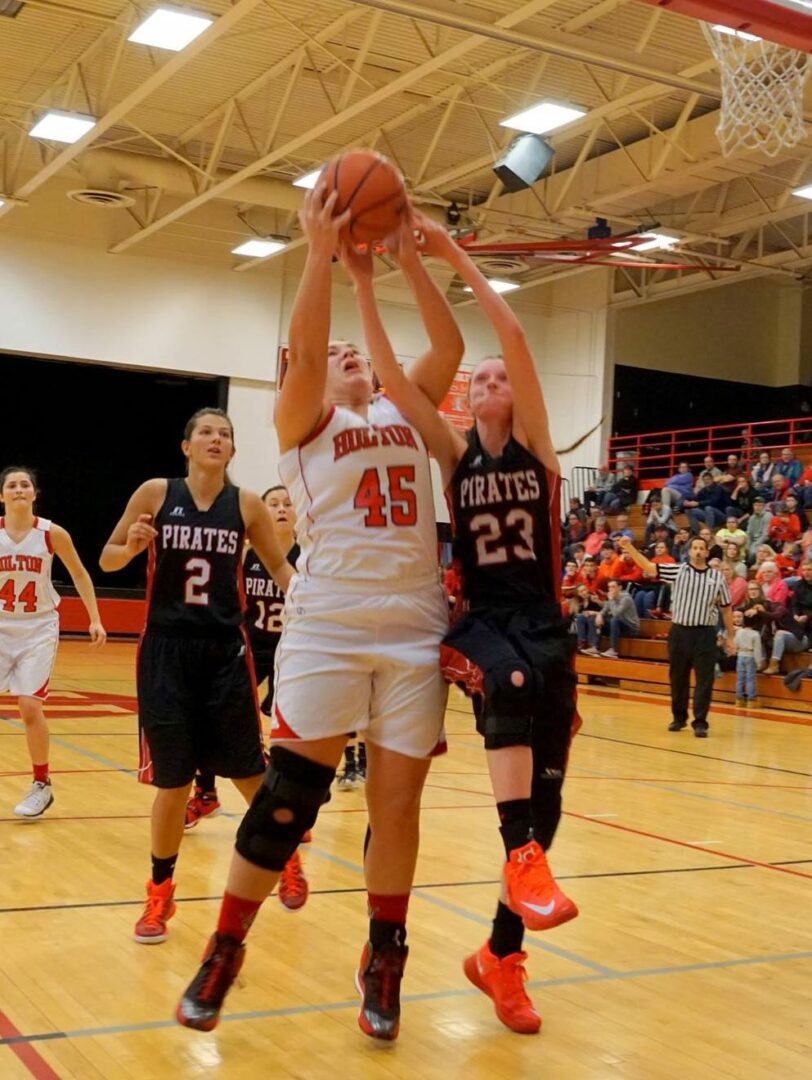 Holtons No. 45 Courtney Slater goes for the rebound against Allison Tiles. Photo/Leo Valdez 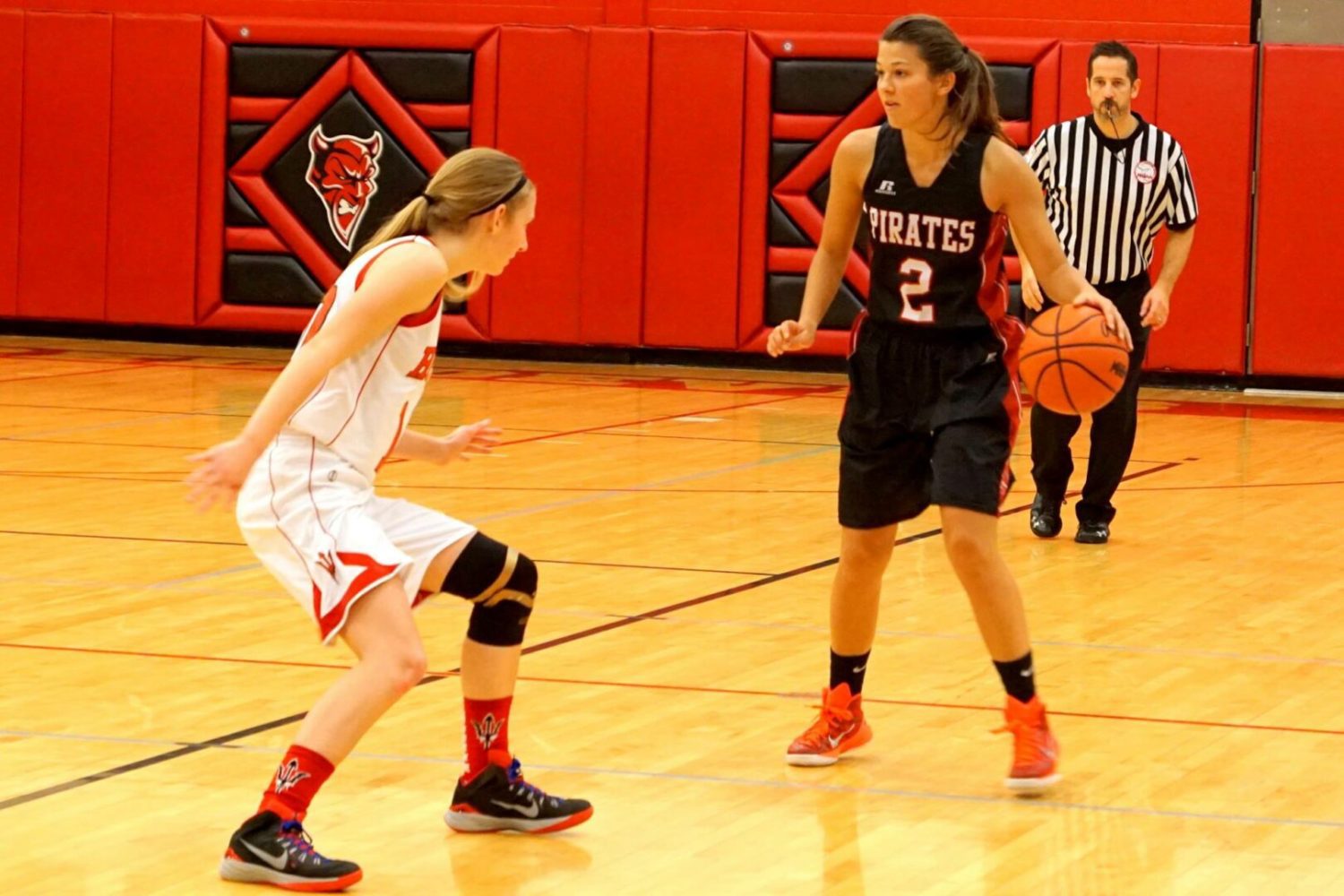