Oakridge girls basketball team has a rough night in regionals, falls 55-24 to Hamilton

HAMILTON – The Oakridge girl’s basketball team is very familiar with playing in the regional round of the state tournament.

The Eagles have won district championships, and advanced to regionals, in six of the past eight years. But they’ve struggled to push beyond that level. 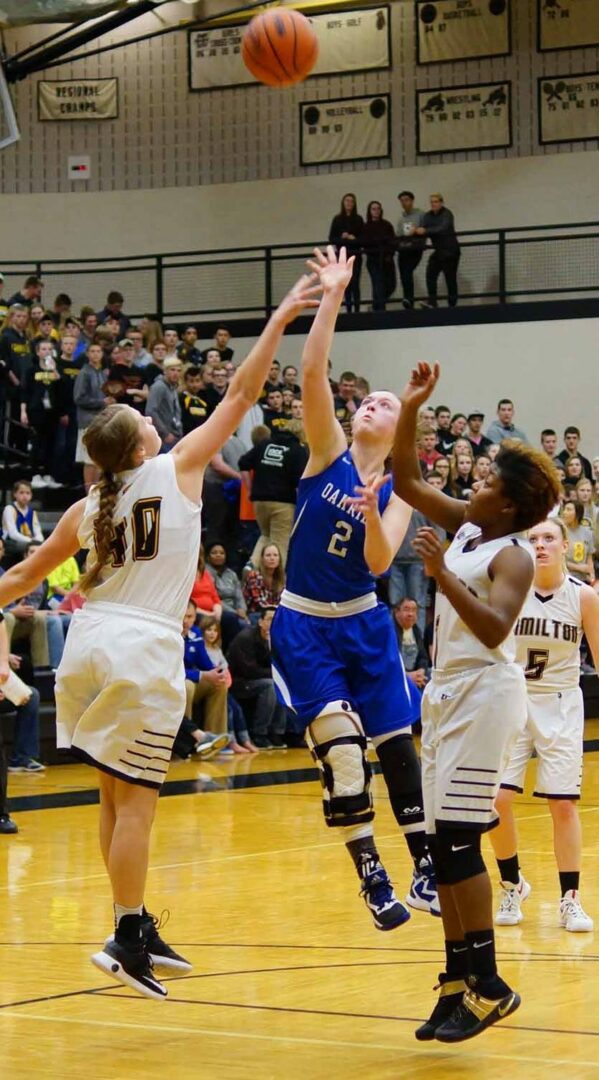 Oakridge’s Hannah Reinhold goes up for the shot. Photo/Sherry Wahr

That trend continued on Tuesday when Oakridge suffered a very tough 55-24 loss to host Hamilton in a Class B regional semifinal contest.

“We didn’t make plays,” said Oakridge head coach Terry DeJonge, whose team wrapped up a great season with a 21-3 record. “We rushed some things and our defensive assignments were blown quite a few times.

“Both ends of the floor, we didn’t do nearly enough to get it done tonight. Maybe the moment was too big for us.”

“We had some opportunities early, we just got a little nervous with the basketball, I think,” DeJonge said. “We didn’t square up, we didn’t hit the right pass when we should have.

“It just seemed like forever we couldn’t get a score.”

DeJonge said the competition is tougher at the regional level.

Despite the loss, DeJonge said he’s happy about his team’s accomplishments, and is proud of his two seniors, Hannah Reinhold and Alyssa Fessenden.

“I’m still proud of the girls. I wouldn’t trade them for anything,” he said. “The seniors have been great leaders for us in the classroom, in the locker room, on the bus, at practice. I’m going to miss them with all my heart.” 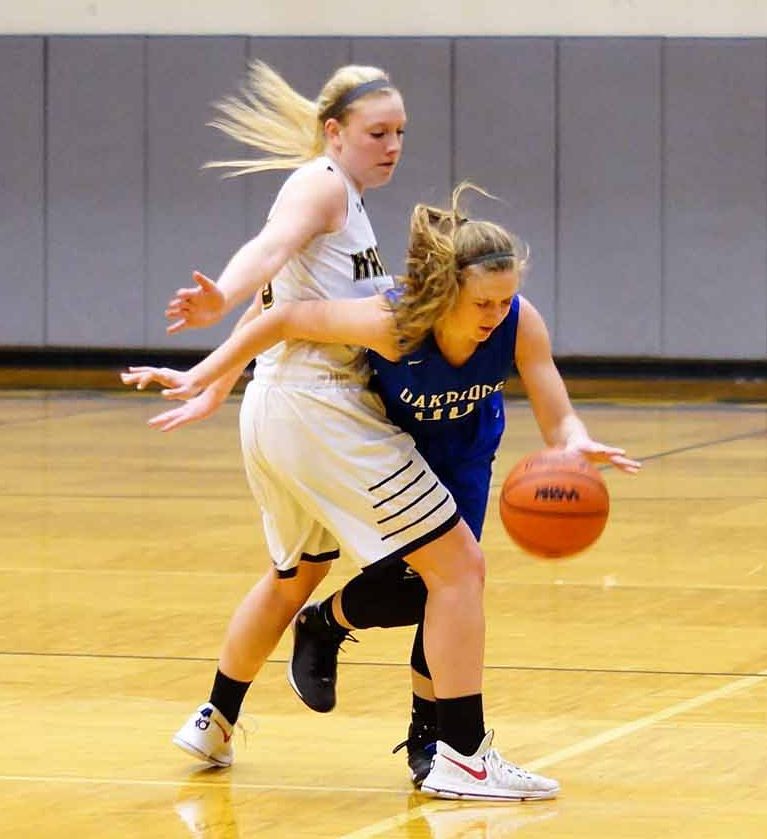 Oakridge will return most of this year’s team next season, but will lose its leading scorer in Reinhold, a four-year varsity player.

“We need to have other people step up and put in time,” DeJonge said. “To win games like this you need three or four people who want to take the reins and shoot it. We need to be able to make plays.”

The Eagles started well, racing out to an 8-1 lead in the opening minutes. The Hawkeyes responded quickly to even the game, but Oakridge led 13-12 after one.

It was all Hamilton the rest of the way. The Hawkeyes outscored Oakridge 47-11 in the final three quarters, including 15-0 in the fourth quarter, and dominated both ends of the floor.

Joslyn Bronkhorst had 19 points for Hamilton, which improved to 23-1.

Grand Haven suffers a loss to Hudsonville in baseball