The only thing I love as much as picking football winners is working my way through all-you-can-eat buffets.

I’m really good at both – as my LSJ colleagues know very well – so I’m sure they weren’t surprised when I won the Week 1 “LSJ Editors Gridiron Picks” competition with a 12-3 record.

I actually tied Dave Tomczak for the best record, but won the tie-breaker by coming closer to the overall point total in the Mona Shores-Canton game. 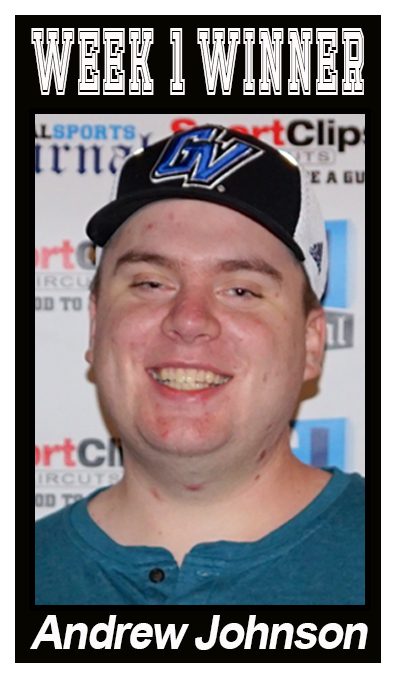 Tomczak was a worthy opponent. The rest of the group? Not quite up to the task. We’ll see if they can do a little better in the coming weeks.

As for the Week 2 LSJ Spotlight Games, I’m counting on North Muskegon to take the momentum from their big come-from-behind overtime victory over Hesperia last weekend and upset a strong Oakridge team at home.

I expect Spring Lake to impress some people a few times this year, starting on Thursday against neighborhood rival Fruitport.

I’m once again picking against Mona Shores. Yes, I picked Shores to lose against Canton last week at Michigan Stadium, and I was wrong. I was impressed with Matt Koziak’s Sailors in their big win at the Big House, but I’m still not convinced they are battle-tested enough to take out Zeeland West and legendary coach John Shillito.

In a few other big games, I’m expecting the Muskegon Big Reds to avenge last year’s heartbreaking loss to Lincolnshire Stevenson when they travel to Illinois on Saturday. And after having to go without a Week 1 game, I think Muskegon Catholic Central will take out its frustration on an always good Frankfort team and come home with a victory on Friday.

That’s all for me now, folks. But I suspect we’ll meet again next week after I take another turn putting these editors to shame with my insightful selections!