get past Spring Lake in Division 2 districts.

That breakthrough victory was apparently a confidence-builder, because the Rockets duplicated that feat on Wednesday, downing the traditionally powerful Lakers 1-0 in a D2 district semifinal game at Fruitport High School.

Like last season, the game came down to an overtime shootout, and again the Rockets had the upper hand, outscoring the Lakers 4-1 in the decisive round that followed two scoreless OT periods.

Goalie Jake Lofgren was one of the heroes for the Rockets, stopping two of three Spring Lake shots in the shootout and collecting his school-record 10th shutout of the season. 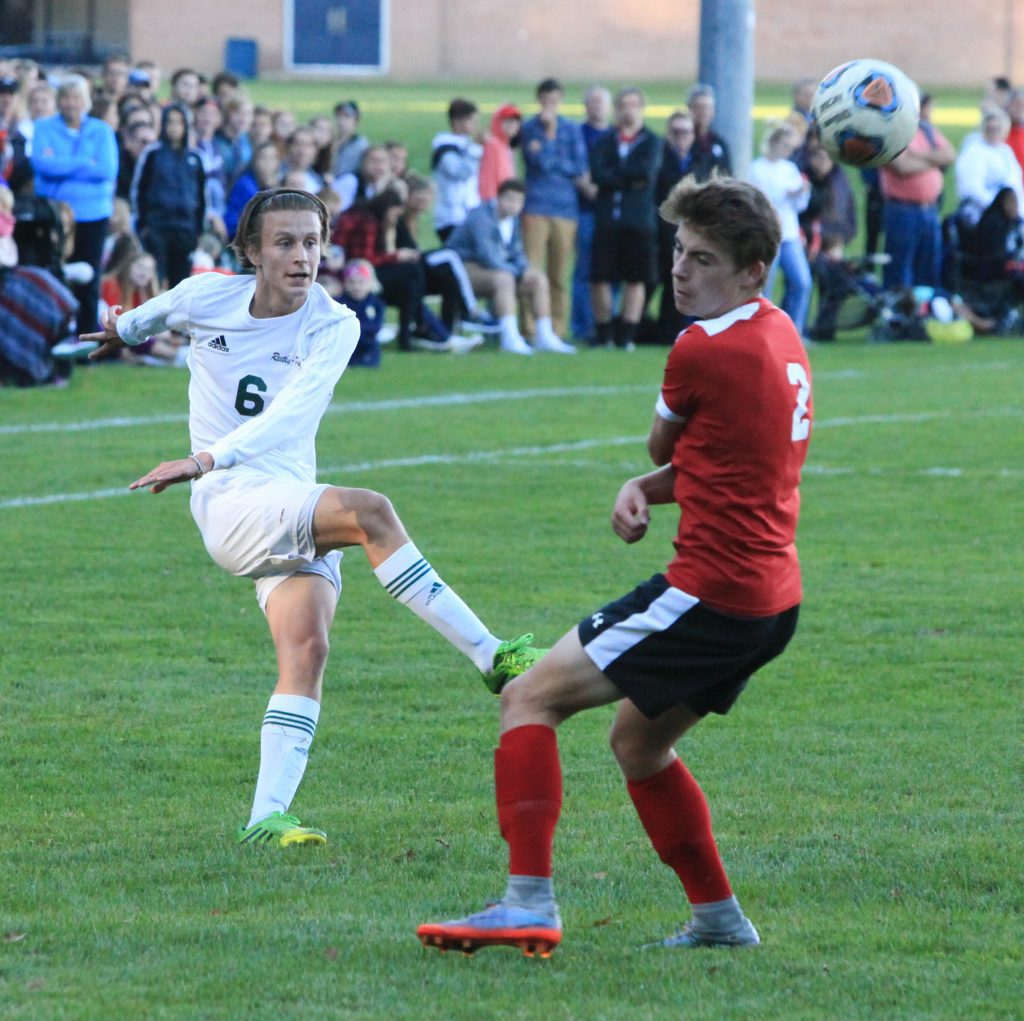 Reeths-Puffer will now attempt to defend its 2016 district title when it hooks up with either Fruitport or Coopersville on Saturday in the finals at 1 p.m. at Fruitport High School.

Reeths-Puffer, which finished in fifth place in a tough O-K Black Conference in the regular season, is now 12-6-3.

“It’s exciting,” said Reeths-Puffer Coach Keith Knapp, about another win over the Lakers. “Spring Lake is a team we have the absolute outmost respect for. They have been the ones knocking us off in the tournament for so many years.”

Scoring chances were rare for both teams through 80 minutes of regulation play and the two 10-minute overtime periods.

The Rockets outshot Spring Lake by a slim 6-5 margin in regulation, but both shots during overtime came off the feet of Laker players.

“Both teams were locked down defensively,” Knapp said. “We had a conversation at practice about only having a couple of good chances to score, at best. Both defenses played very well.” 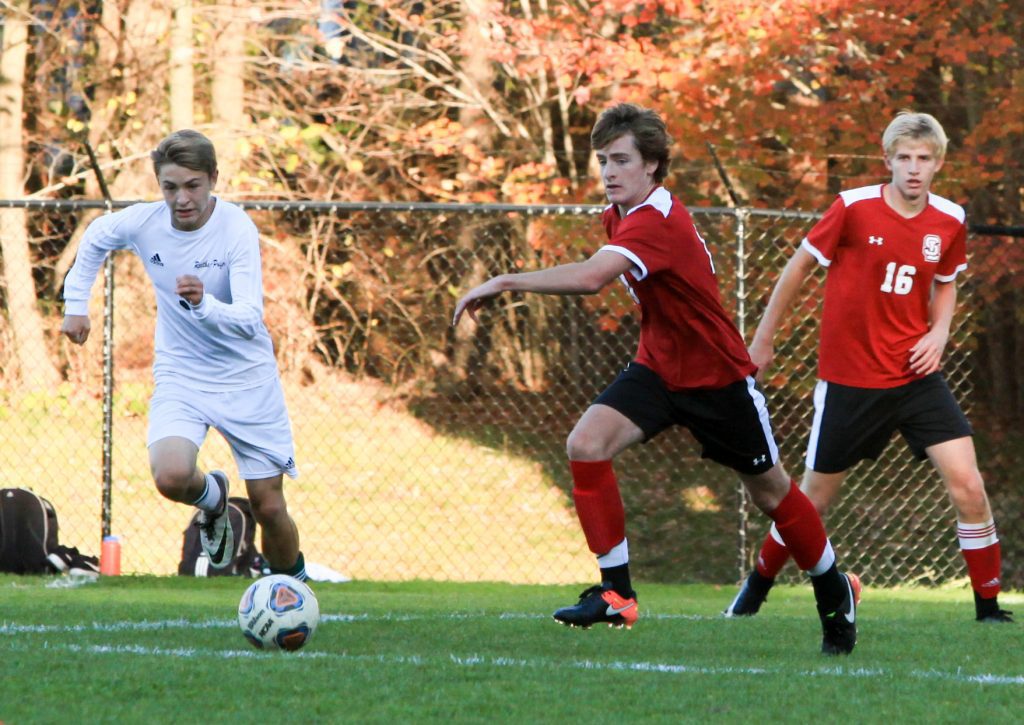 With both teams held scoreless through 100 minutes of play, a shootout session was necessary to decide the winner. Each goalie took turns going one-on-one with a single opposing player, and the team that scored the most walked away with the win.

David McHugh opened the shootout for Reeths-Puffer with a goal to give the Rockets a 1-0 advantage.

The Lakers quickly responded with a goal from Malachi Mulder to tie things up 1-1.

Parker Aerts, Jaxon Carpenter and Steven Sasinski each added goals for the Rockets, while Lofgren stopped attempts by Spring Lake’s Keaton Kval and Charlie Parker to secure the win.

“Three straight years we have been knocked out by a shootout,” said Spring Lake Coach Jeremy Thelen. “We worked out tail off today and our effort was fabulous. The guys gave me everything and poured it on.”

Spring Lake’s goalkeeper Adam Boes stopped all six shots he faced in regulation and played well enough to get the win.

The Lakers, who finished in second place in the O-K Blue Conference behind Grand Rapids Catholic Central, finished the season with a 10-8-1 record.